After college was over, Steffi Burns found herself living in New York City, contemplating a respectable job in commercial real estate. But something about that idea didn’t feel right. She needed to satisfy her creative side. She needed a job with soul.

Then it hit her like a perfectly timed bass drop: be a DJ.

“I would go out to places in New York, and there were basi-
cally no female DJs,” Burns says. “I especially didn’t see any female DJs who were dressed femininely.” 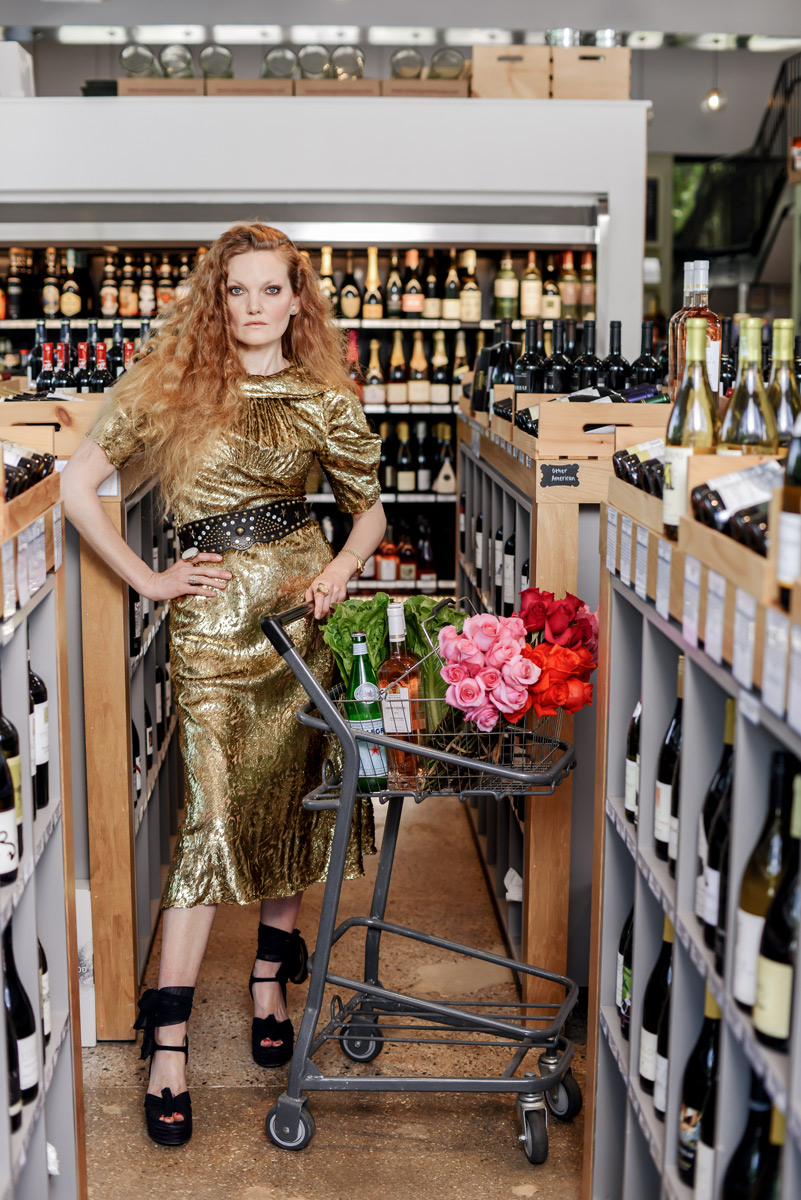 The fashion aspect mattered because she studied costume design at the University of California, Santa Barbara. She worked as a stylist in Los Angeles for a few years, but a leg injury made the manual labor of the job challenging. Still, Burns enjoyed fashion, so she decided to continue her studies in New York at the Parsons School of Design.

Burns loved the city, but she eventually gave up on her styling career. “I adore fashion, and it will always be something that I am intrigued by,” she says. “I’m a creative soul, so I think when you have creativity in you, it can translate to so many different genres.”

Soon she found herself back in the classroom, this time to learn how to be a DJ. She landed her first gig deejaying for Saturday brunch then scored a paid Saturday night residency at a kosher Japanese restaurant.

“There was a rabbi who would bless me every Saturday night before I deejayed,” Burns says.  “I would wear a dress and 6-inch stilettos and play European music.”

What She Does: DJ, Impatience Rosé ambassador

After five years in New York, Burns was ready to come back to Dallas, where her family had gotten involved in the rosé wine business. Their brand, Château de Berne Côtes de Provence Impatience Rosé from France, is sold in 28 states. Burns spends much of her time traveling to promote it, but she’s still a strong presence on the local DJ circuit, whether at Neiman’s, bars like Quill, or private events.

She still spins her records in a dress, but has traded in the stilettos for high-tops. Instead of following every trend, she opts for timeless pieces, like a ring whose diamonds came from a bracelet worn by her grandmother.

“I’m very feminine,” Burns says. “I like ruffles, but then I’ll mix it with leather and sneakers. I appreciate high fashion, but I never want labels to define who I am as a person. I’ll go to the markets in France and find the cutest dresses. But I did grow up shopping at Neiman’s, which I love.”