Lance Pope spent most of his short life trying to scare people. He grew up on a farm and would drive his friends through the woods in a golf cart, trying to spook them with sound effects he played on a tape recorder. When he was 16 and still in high school, he opened his first real haunted house, renting a tiny, rundown place out by the highway. In college at UT Arlington, Pope and his friends turned an old fraternity house into a haunt.

Scaring people let Pope show off the full range of his talents. He was an inventor, an artist, an engineer. His friend and co-creator Michael Malec remembers how Pope would walk into a toy store, look at the mechanism that made a toy work, and immediately see how it could be transformed into something for his haunted house. He created costumes and makeup design, and acted in scenes. He was a trendsetter and a passionate haunter.

It all eventually led to Thrillvania, his laboratory and a clubhouse for the friends who had worked with him from the beginning. Thrillvania started with an attraction that Pope bought from four former Disney Imagineers, a Southern antebellum-style mansion called Cannon Manor. He had only 30 days to move it out of Fair Park and had no place to put it. But he made the deal anyway. In 1996, Pope moved the attraction—renamed Verdun Manor, home to zombie-werewolf-mad scientist Baron Verdun and his vampire wife, Cassandra—to Terrell, where it became the foundation for the now sprawling Thrillvania. HauntWorld Magazine, the bible of the industry, has said that Thrillvania will “go down in haunted history as one of the greatest haunts of our time.” 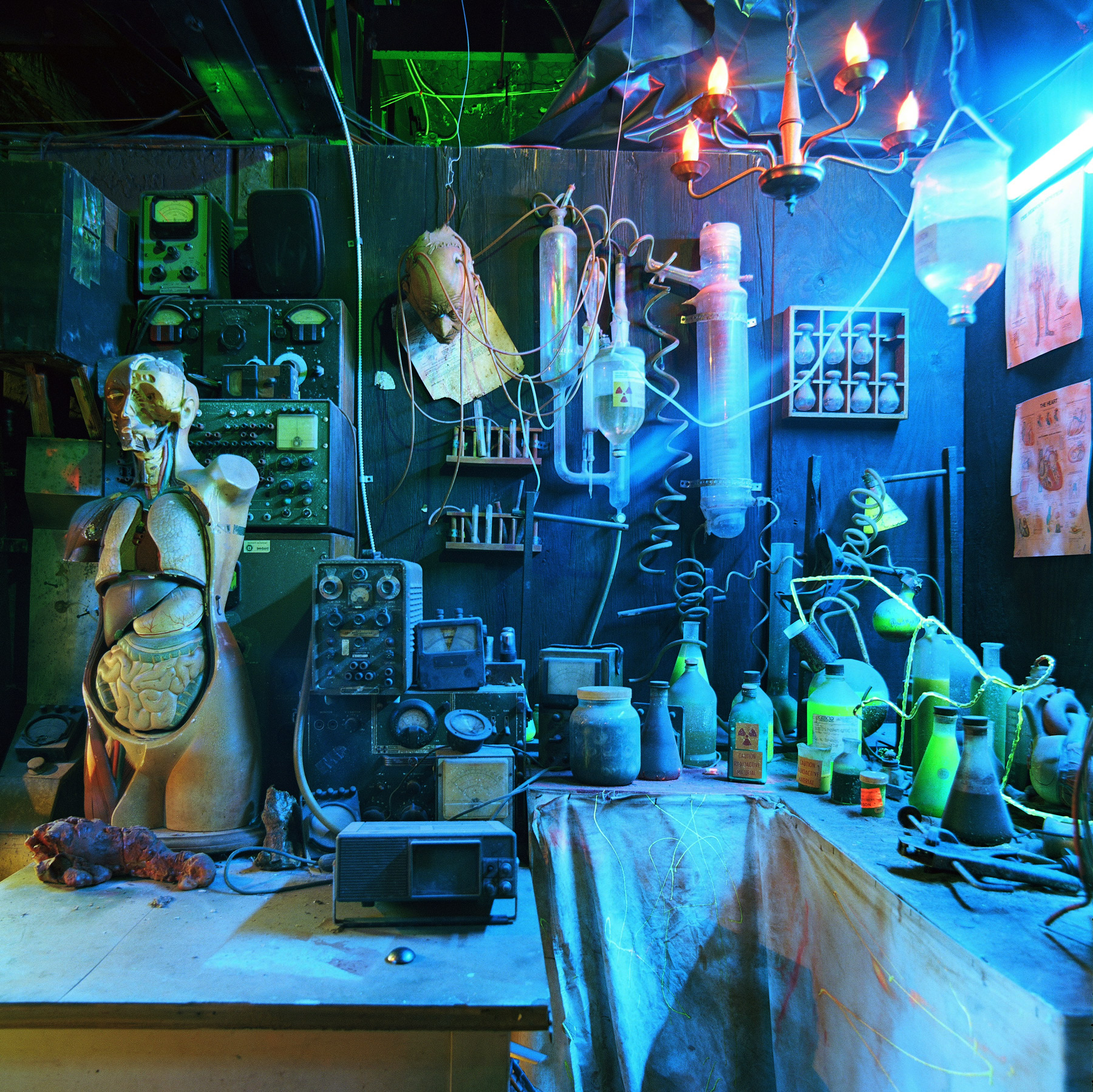 Photography by Misty Keasler
Photography by Misty Keasler
Pope was only able to enjoy the acclaim briefly; he died suddenly in 2002 at age 37. Thirteen years later, Thrillvania exists as a tribute to Pope—a headstone dedicated to him stands on the property—but not a static one. His friends have worked hard to keep his vision alive, and that means moving forward. The 50-acre park now includes four different haunted houses, and the team of co-creators is constantly evolving and expanding the site. But it is considered a point of pride that they still use original Lance Pope creations.

Pope’s inventions and artistry are what make Thrillvania legendary. What makes it terrifying is the freedom to roam around the property at the mercy of the spirits and werewolf zombies, or to walk alone through the woods for a mile, past ghostly hillbilly shacks. There is no guided tour at Thrillvania, no hand-holding. You are left without a lifeline to confront the various monsters and specters you’ll encounter in the dark of night. And while the legend of Pope still haunts Thrillvania, he’s the only friendly ghost.

But it’s all, you know, in good fun. Malec says that horror and comedy go hand in hand. This is what defines a good haunted house, and this is what sets Thrillvania apart. This may be why, when a group of paranormal investigators came out to Thrillvania, they heard ghosts screaming and yelling at them to get out. Malec had recorded the sounds himself and hooked up an audio loop to their motion sensors. “The psychic lady was freaking out,” he says. When he finally told them it was a prank, they were less than amused. For the record, Malec says, “I would scream like a little girl if I actually saw a ghost.”

Because Pope was always ahead of the game, Thrillvania is committed to staying that way. This year you can join a new program called APOC, a military camp that trains visitors for the (inevitable) zombie apocalypse. Recruits come outfitted in military gear and are sent forth to battle zombies. Its creators describe it as entering a real-life video game. APOC will be open on certain Sundays during the 2015 season—which runs from the last weekend of September through the end of October—and in the future will possibly open outside of haunted-house season, as Thrillvania expands even more.

But even as it gets bigger in size and scope, Thrillvania remains rooted in Pope’s imagination. Malec remembers that people would ask Pope why he liked to scare people. And he was always ready with his catchphrase: “Because they deserve it.”