The first time Adam Rico saw his future wife, Alicia, she was wearing a metallic-gold leotard and stilettos. They were both living and working in New York—he in photo-shoot production, she in floral design. A year and a half later, Adam and Alicia were married. They moved to Dallas to be closer to Alicia’s family and founded their floral design company, Bows and Arrows, in 2009.

“My look has gotten more mature now that we have a family,” Alicia says with a laugh.

“But she still dresses really fun,” Adam interjects. “She always gets onto me for not dressing fun enough. She wants more crazy patterns and things like that, which I’m not against.”

More than anything, they’ve influenced each other’s style. “He’s toned me down a little, and I’ve definitely made him more girly when it comes to both fashion and floral design,” Alicia says.

Adam, who is originally from Georgia, describes his wife’s style as “  ’60s French pop,” while she calls him a “lumbersexual.” The couple’s two daughters, Dotty, 4, and Olympia, 16 months and nicknamed “Pia,” mirror their parents. 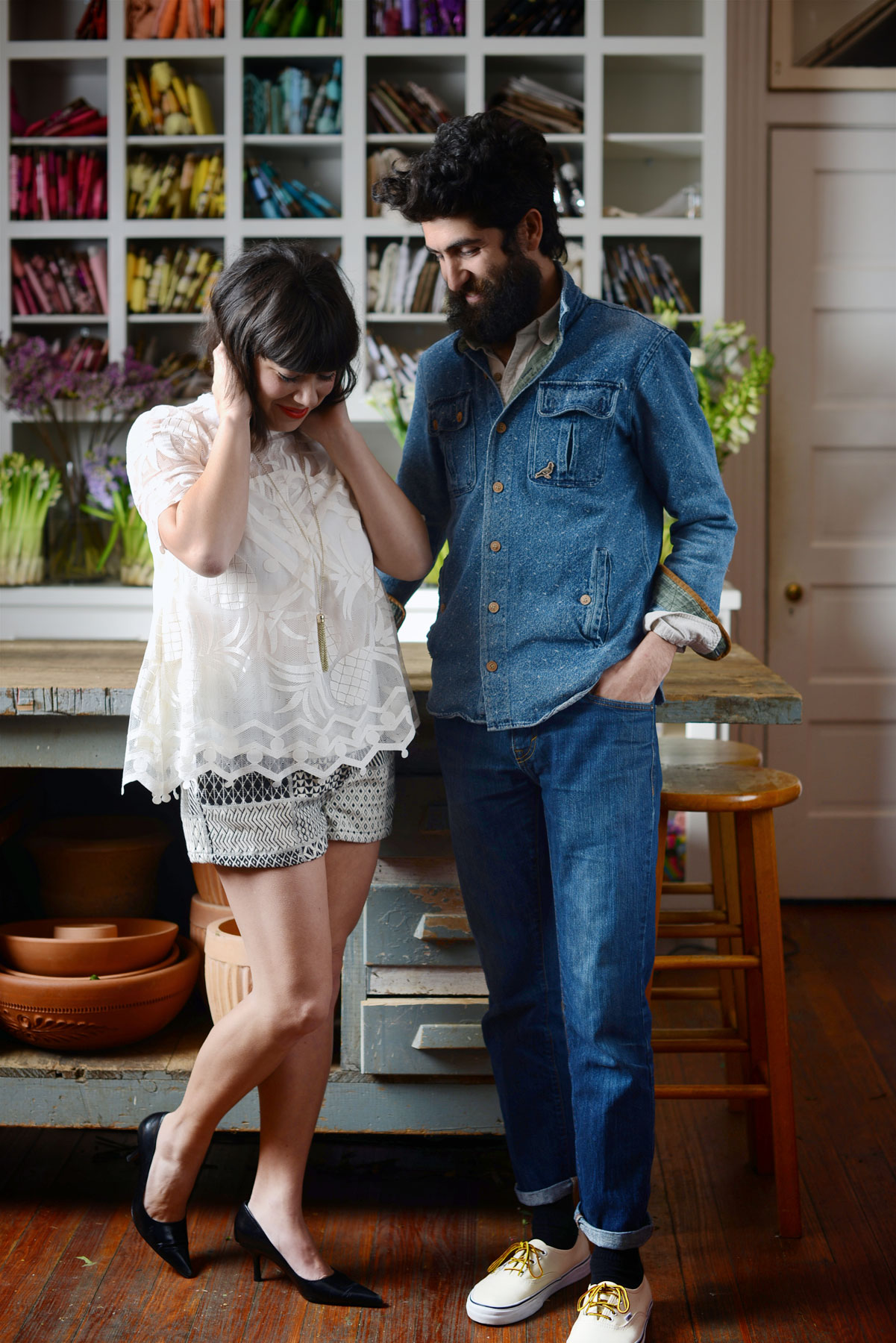 “Dotty is a little bit more crazy of a dresser, like me, while Pia is usually wearing things that look more like Adam,” Alicia says.

The couple takes inspiration for work and play from their many travels. Some of their favorite places include Marfa, Santa Fe, and India, and they’ve developed a recent fascination with Southwestern styles, color palettes, and comfort. “That means we’ve been wearing a lot of denim lately,” Adam says.

On each of their adventures, Alicia likes to pick up a necklace as a memento of the trip. She now has a stylish stockpile that numbers in the hundreds. “When I go through my collection, I see things from Barcelona and Greece that remind me of the amazing experiences in those places,” she says.

Despite yearly family pilgrimages to the city where they first met, Alicia and Adam consider themselves right at home here.

“I feel like New York has and will always influence our style, but I never felt like I was a New Yorker,” Alicia says. “After all, I grew up in Dallas.”