Restaurants have many ways of flattering our desire to feel special. One is peddling secrecy. Since 2009, David Anthony Temple (“Chef DAT”) has leveraged that elixir in his pop-ups, part of an underground dining movement that has seized the imagination of the intrepid diner. Like clandestine dinner parties, single-night pop-ups are as close to invitation-only as possible, their locations (at times unorthodox or illicit) undisclosed until the last minute.

Temple fits the profile of many who start them: young, driven, sometimes self-taught; charismatic, confident, ambitious. His dinners took place in private homes or restaurant spaces after hours. Yet the new year saw him rooting down and opening Twenty Seven, which anchors a corner in Deep Ellum. He has stayed close to the pop-up concept. The 27-seat restaurant, open only three nights a week, looks dark until you enter, joining a cohort that has converged for one of the evening’s two seatings. Patrons have picked a prix fixe in advance from a choice of tasting menus: Land, Sea, Garden, or Signature. That was a gesture in the dark; they’re here to see what unfolds. The decor—rollicking, rebellious, colorful as Temple’s native Louisiana—speaks of the speakeasy. But moving to brick and mortar means relinquishing a certain heady allure. You can ride the wave of the pop-up creation myth. But then you have to deliver. Without the special sauce of secrecy, poor execution has no buffer. 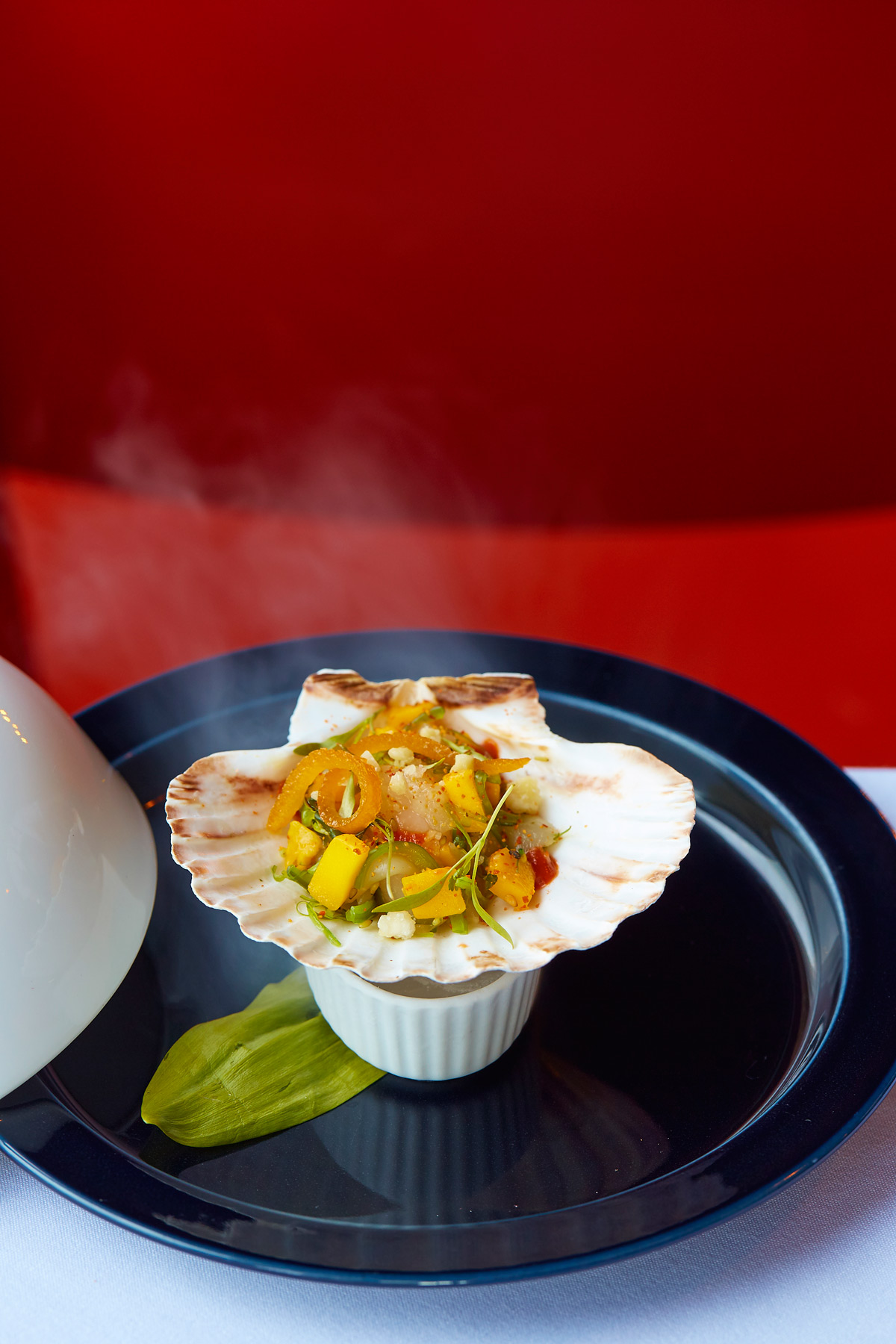 The best thing you have all night may be the amuse-bouche, a creamy, frozen bite of whipped fennel pollen and a wisp of wasabi-flavored cotton candy. Such molecular gastronomy borrows from science to unleash physical and chemical properties of food, transforming texture, surprising with flavor, delighting with form. “We dabble where it makes sense and where it’s fun,” Temple says. “Take away the intimidation. We want you to smile and laugh: ‘Hey, look, we’re blowing smoke out of our mouths!’ ”

The Oysters and Pearls is an homage to Thomas Keller, who years ago pioneered the illogical logic of oysters and caviar in an oyster-infused tapioca sabayon at The French Laundry. (The conceptual pun came to him as he contemplated a box of tapioca.) Temple’s version arrived on a scallop shell set over a mason jar from which billowed the clouds of dry-ice vapor that have become a molecular gastronomy cliche. The contents had frozen to the bottom. What I scraped out was a mess of tapioca pearls, mangled beyond recognition. Clumsily pulled off, it was sophistication seen through the lens of a middle-school science project. I wish I could say things got better.

“Meat was mistreated. Beef bled out. Chicken and goat sported caps of fat and bits of skin.”

On my first visit, the waiter swapped our soups, which could have been bad for the vegetarian. From the turtle soup’s thin, uninspiring broth we dredged stringy bits of meat. I love the pulpy, oyster-like texture of huitlacoche, a fungus that grows on corn in juicy, velvety lobes. Puréed, it formed a nondescript black mess with the appeal of watered-down refried beans.

The best moments came with the vegetarian tasting, which had some of the energy I remember from the foraging movement that swept San Francisco some years ago—energy gleaned from ingredients that channel the call of the wild. Temple, whose sourcing was influenced by Tom Spicer, the longtime Dallas forager who passed away in early March, uses mostly seasonal, local produce. The menu was laced with wild mushrooms. Its opening course, Where the Wild Things Are, featured huckleberries and sea beans. In a salad, tender artichoke leaves imparted their mineral flavor to silky baby mache. Stinging nettles lent grassy, green potency to fried barley, whose sauce was full of umami flavor. A grilled baby leek, its root structure intact, formed a tiny naturalist exhibit. Elsewhere were the tight coils of fiddlehead fern. Sautéed wild mushrooms, a vibrant heirloom-carrot-turmeric purée, and spicy microgreens made us almost forget the soddenness of the risotto. In part because the flavors and execution were simpler, the ingredients forgiving, this menu was the least uneven. Ties to the land seemed to engender restraint, unify the vision. 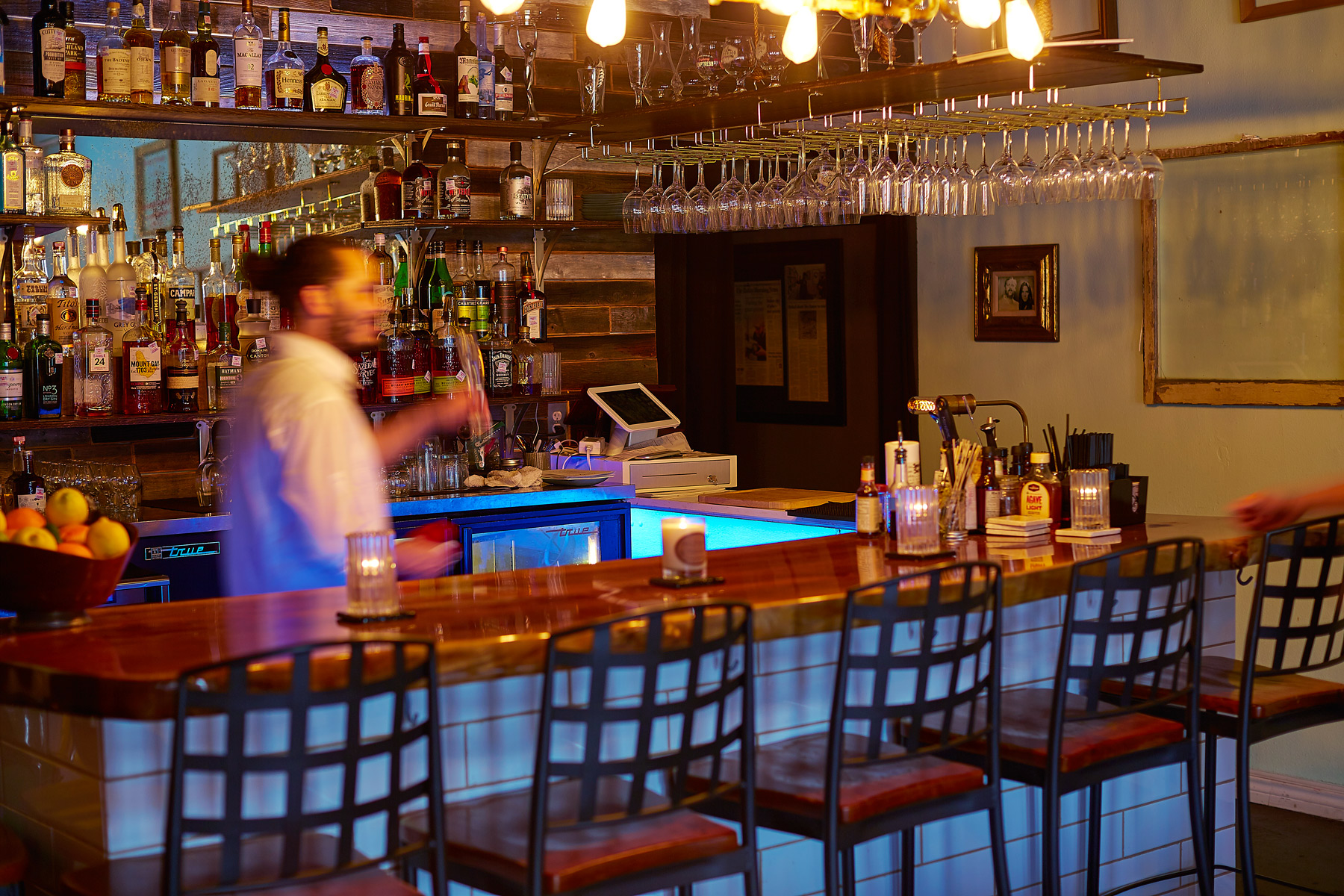 There were also bizarre innovations. A dish dubbed Marijuana Chicken set sautéed mushrooms over a sort of risotto of hemp seeds. It was original and interesting at first bite—the nutty hemp, the wild and woodsy mushrooms. Fresh rosemary, oregano, and thyme lightened the dish. But there was no way around the heaviness of a seething hash of seeds. (We skirted its tough nubs of chicken.)

In general, the menus’ wild oscillations indicated an approach that was more about indulging experiments than showing regard for surrounding dishes or sustaining a sequence, as the best tastings do. The Signature menus in particular, with no constraints, were a confusion of culinary influences and proteins. They might begin with an Asian-inspired seafood appetizer, veer to salad with goat cheese or Spanish ham, hang a sharp left to Italian-ish seafood, then a sharp right to beef slathered in mole and served over saffron risotto, before crash-landing with New Orleans bread pudding. A wild-game menu delivered a pow-pow-pow of strong flavors that had nothing to do with each other: duck with barbecue sauce and Sriracha; pho with pronounced star anise and candied jalapeño; goat brisket with a Mexican flair; ginger-spiked blue-cheese cheesecake. Some were good, but the point seemed more sha-bam than coherence.

Limitations showed most with the seafood, whose technical delicacy was mishandled. It wasn’t just the salad of over-salted crab with rancid sunflower seeds and an odd sweet-and-sour dressing. (The rancid seeds made numerous appearances.) Or the similarly over-salted Hawaiian Walu, served over bland, mushy couscous. It wasn’t just that the subtle scallop was overpowered. Most alarming were the bits of sea urchin that topped purported squid-ink linguini (perfectly, mystifyingly blond) presented in a hollowed sea-urchin shell. Its purple spines didn’t put me off; the smell of un-fresh uni did. The menu ended with a Grand Marnier crème brûlée whose torched flavor rivaled the orange liqueur and whose clementine segments, sloppily encased in chocolate, had begun to ferment.

Everywhere, basic elements were botched. Soppy couscous and lumpy polenta, but also a blunt hand with seasonings that made flavors muddy. Meat was mistreated. Beef bled out. Chicken and goat sported caps of fat and bits of skin.

Given the price—each tasting menu runs $90 without drinks—you don’t want your tomato sauce to taste like it came out of a jar; your risotto to taste like a bouillon cube; the Meyer-lemon crema on your dessert to taste like condensed milk. You’d rather the cracker that accompanied your crudo didn’t look so suspiciously like the ones you buy at Trader Joe’s. There’s a pervasive whiff of corners cut.

Behind it all is an impression of youth in the kitchen, wanting to wow but overreaching its skill, coming up short. When technique is lacking, no amount of foie gras or truffle shavings or Akaushi beef cooked sous vide can compensate.

It’s a shame. Because in other respects, Temple has created something good. One night, there was a marriage proposal at the table behind us. A ring box came out on a plate of rose petals. Everyone clapped, and a DJ started spinning sweet tunes in the corner. Temple, finished for the evening, made the rounds, giving handshakes and hugs. In ways that the menu is not, the feeling in the room was cohesive, something you get with a single, synchronized seating. Strangers until that night, we were temporarily a cohort, like steamship passengers together for an ocean crossing. And that, I think, could be special.