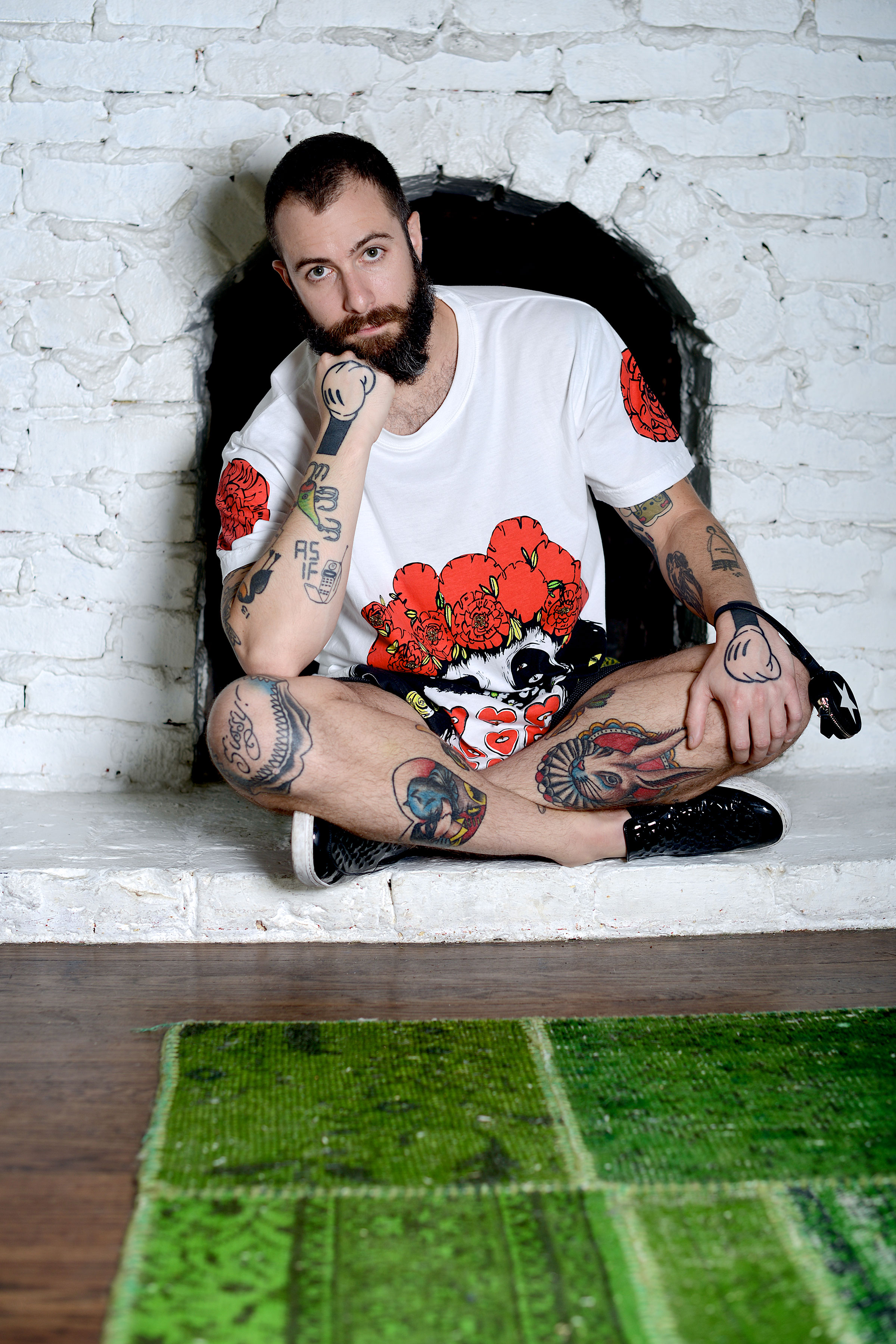 There is one thing Blake Wright wants to make absolutely clear: he does not work for free. However, the man responsible for theblakewright.com, an online compilation of cheeky illustrations inspired by pop culture and fashion, can’t always help himself; his imagination gets the best of him. That has paid off so far. Creating pieces on spec wedged his foot into many high-end doors, like Opening Ceremony (he was recently featured on its blog, setting the stage for future collaborations), Moschino (he and creative director Jeremy Scott text), and The Elder Statesman (one of his drawings is on its homepage).

Wright has a B.F.A. from the University of Texas at Austin and studied at the Portfolio Center in Atlanta. But he ditched his desk job as a web designer a few years after he started illustrating horoscopes, covers, and other editorial components for GINZA magazine in Japan. He has since picked up a variety of clients here in the United States who appreciate his ability to articulate their brands’ looks. But don’t be fooled: despite his haute persona, the Rockwall native’s true style is laid-back and approachable.

What He Does:
Freelance graphic artist and illustrator of TheBlakeWright.com

“I like a little D.I.Y., like patching and drawing on jeans,” he says, referencing a denim jacket he customized with sewn-on vintage Texas sports pennants and a backpack he’s covered in patches and pins. Wright gravitates toward stores that are accessible and clothing that he can customize and make his own. Expensive splurges are carefully thought out. “I’ve got this pair of orange sweatpants that I got at a thrift store that I’ve probably dumped $100 worth of patches into.”

A fearless self-expressionist, Wright has an affinity for tattoos, collecting souvenirs and ideas for drawings from his travels, and being over-stimulated. His favorite patterns are busy and vibrant. “I love a good ‘lost boy’—a garment in the 90-percent-off designer bin that’s just like, ‘No one would ever wear this color, it’s disgusting!’ ” Wright says. “I like having things that no one else has, and I like the hunt of going and finding them.”