As we drove deep into the heart of a Frisco neighborhood full of modest-size dwellings, my bearded companion couldn’t help but wonder: “Are we going to someone’s actual home?” Within a moment, we pulled up in front of a little blue house with purple-trimmed windows, Christmas lights along the roof, and hanging signs proclaiming “BEER” and “WINE” in curvy red lettering. The sign out front read “Eight 11 Place.”

It was a rainy Saturday evening, so we made a run for the door. The only souls inside were co-owner Ursula, her mother, and Kim, the lively bartender. But all were friendly, so we grabbed seats at the little bar.

The Left Coast White Pinot Noir is nicknamed “The Unicorn” because it’s so rare. The bartender explained that it’s somewhere between a red and white wine, as evidenced by its slight blush. It’s crisp and sweet—definitely a rarity worth savoring.

To see the Left Coast White Pinot Noir and more of our favorite drinks, check out our Cocktail Hour gallery.

The house is small but bright and welcoming. Its first room is tiny, with a bar area and lilac walls. A painting of a winged woman hung on one wall (with the word “sold” beneath it). Another wall showcases old family photos and cute sayings like “Keep calm and drink wine.”

Ever obedient to cute signs, we studied the wine list. Outside, the rain let up (though not enough to utilize the patio), and a parade of ready drinkers marched in and filled the tables. The second room is long and narrow, with a blackboard featuring specials and board games ready for use. Even as the crowd grew, the charm and intimacy of Eight 11 Place made us feel as though we were guests in someone’s home.

That’s what the owners are going for. Brunette, stylish Ursula runs the place along with her husband, Lance. When I asked her about its name, she told us it was Lance’s grandparents’ address. “He remembers their house as a place people gathered to build memories,” she said.

Ursula went to UT and fell in love with Austin, but she and Lance soon had to move to Frisco for a job. Upon surveying their new environment of chain restaurants and suburban sprawl, they decided to create an Austin-inspired bar; they opened Eight 11 Place in August 2013. Their neighbors have been extremely receptive, happy to have a neighborhood bar. It probably helps that it closes at 10 pm. 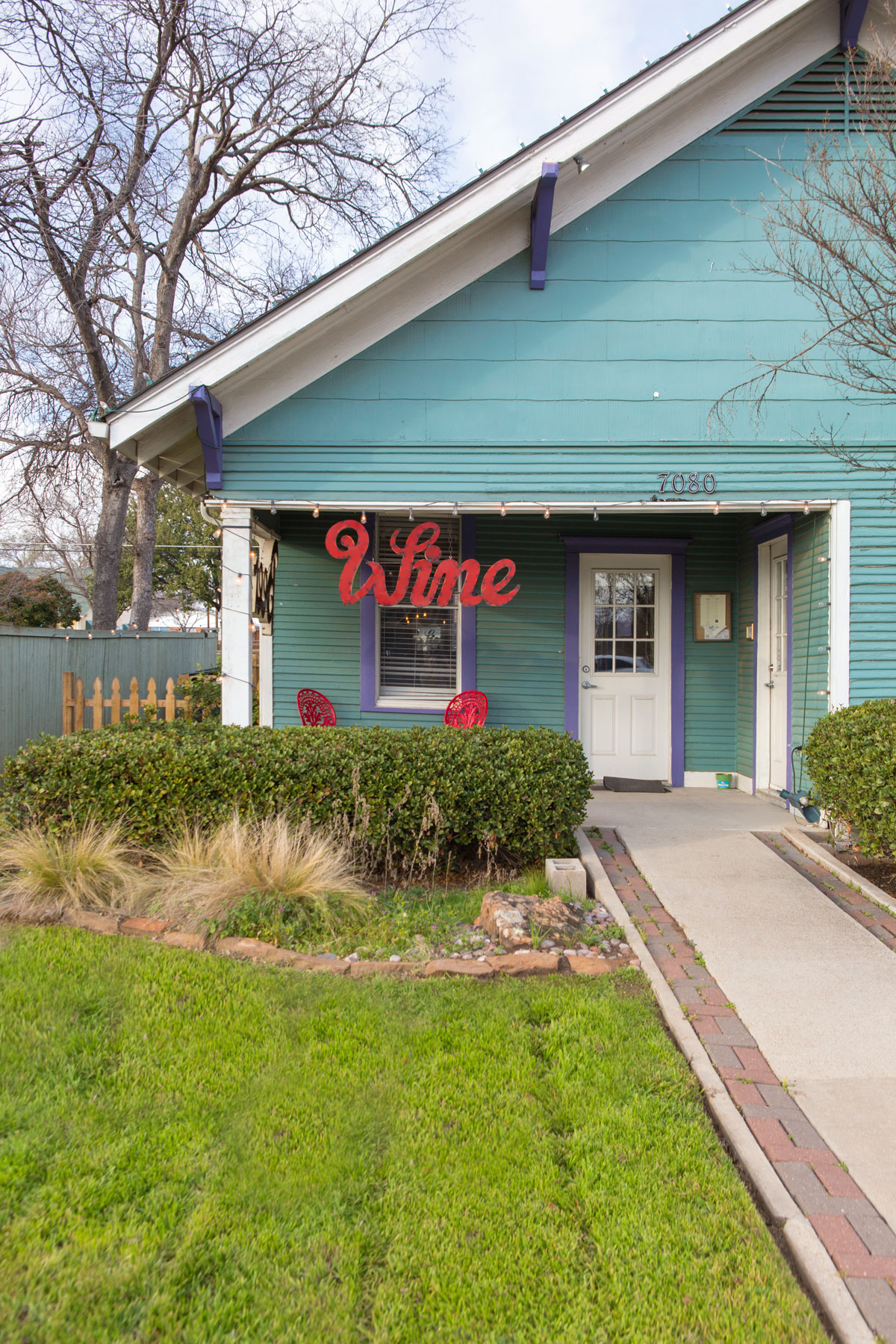 LUCKY NUMBER: The house-turned-wine bar is laid-back and popular with its suburban neighbors.
The bar serves only beer and wine, so my friend ordered the Double Brown Stout, and I opted for The Walter White Flight. As bartender Kim measured and poured my wines, she told us that a woman who grew up in the house had recently visited.

“Her mom used to let her draw pictures on the wall because they were too poor for art supplies,” she said. It had been an emotional visit for the former resident. I tried to imagine my childhood home turned into a bar—though it practically does anytime my brothers and I are all there at once.

My flight consisted of the crisp Rainstorm Pinot Grigio, the rich Turn 4 White Blend, the flavorful Casa Julia Sauvignon Blanc, and the Left Coast White Pinot Noir (my, and Ursula’s, favorite). After, I sampled the ruby-red F Bomb and scoped out the clientele: mostly couples and flight-drinking ladies. A foursome of older folks played Chinese checkers as they waited for Kim.

“Come back later if bingo doesn’t pan out,” Kim said, dropping off their tabs.

“Oh, it will,” one of the bespectacled men assured her. “We want to win.”

I sauntered back to the bar just as a baby-faced musician named Sebastian kicked off his set with Billy Joel’s “She’s Always a Woman to Me.” As we closed out, Ursula told me, “I didn’t expect to build so many friendships here.”

She seemed surprised that Eight 11 had managed to accrue such a loyal clientele. I wasn’t surprised a bit. Every neighborhood should have its own bar.