For a long time after he lost four of his teeth—which is a gentle way of putting it—Vernon Fiddler wore “flippers,” removable dentures made of acrylic resin that are essentially like a retainer with false teeth attached. That is, when he bothered to wear anything at all.

Fiddler has played professional hockey since 1997, the last three seasons with the Dallas Stars, and, like most professional hockey players, he knows losing teeth is an occupational hazard. And he knows that, once you lose them, they’re gone until you retire. Most players don’t bother with permanent replacements, because—and this is a complicated medical concept, so pay attention—what’s the point?

So Fiddler wore the flippers, at least when his wife, Chrissy, made him wear them. They were made more for her than for him, anyway, for keeping up appearances until he could get real ones. He didn’t even bother to put them in when he had his driver’s license photo taken. “I never wear them,” he told the photographer.

Fiddler got his teeth knocked out December 17, 2009, in a game against the Columbus Blue Jackets. He was playing for the Phoenix Coyotes at the time. It was such a routine play—he blocked a shot; it just so happened to be with his face—that it didn’t show up in any stories about the game, even in the “notes” section at the end, where beat reporters normally dump the dregs of their notebooks.

Fiddler didn’t make much of it at first, either, until he left the ice “and they were pulling teeth out of the roof of my mouth,” he says.

After the game, Fiddler had oral surgery to remove the broken pieces that remained, but he was still able to rejoin the team before its next game on December 19 in Anaheim. His play didn’t change that night, and it hasn’t since. “You can’t do that,” he says. 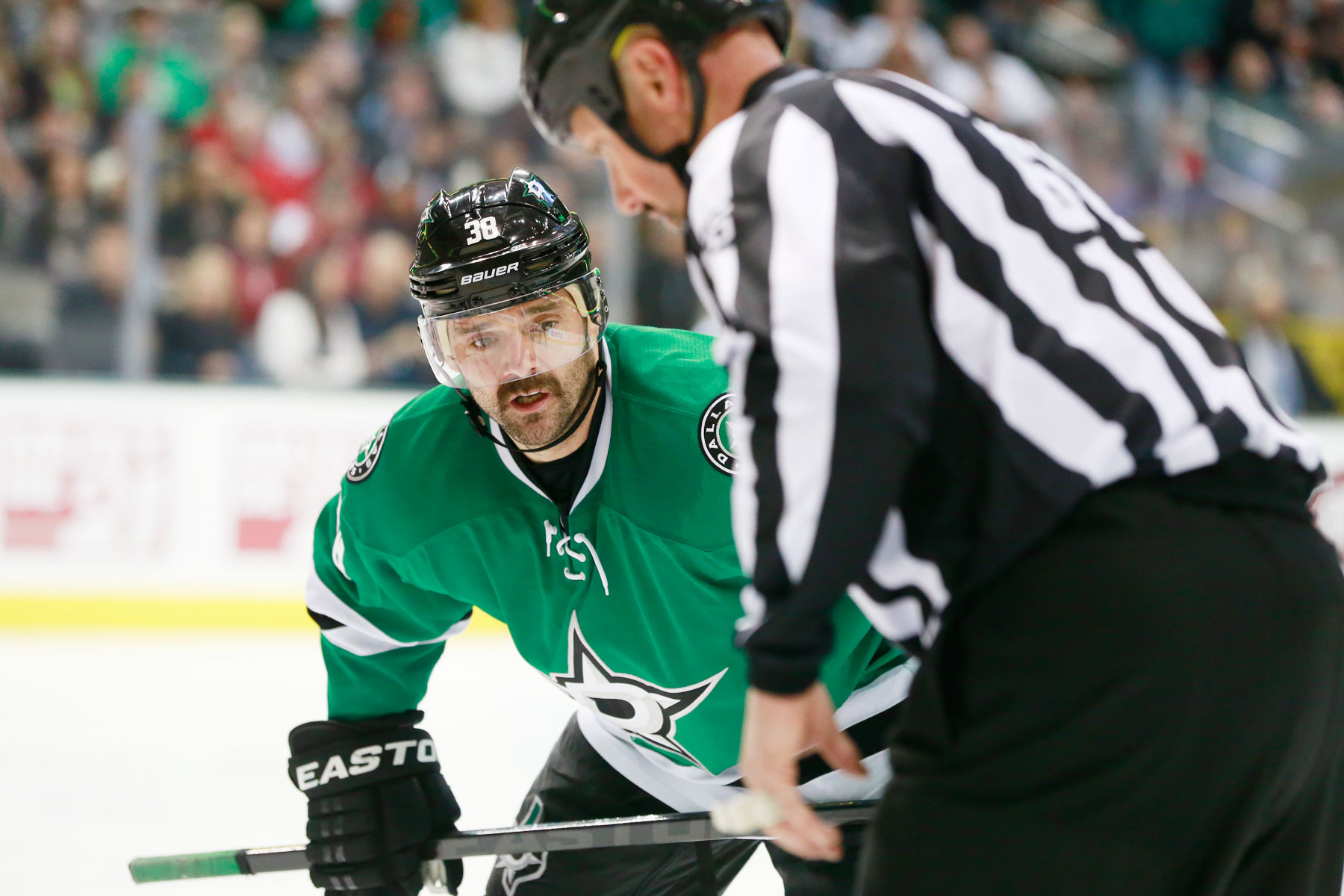 That attitude is part of why the image of the hockey player with the jack-o’-lantern smile persists, though it isn’t as true as it once was, as more players wear facemasks and mouth guards. Both are required in amateur hockey. In the NHL, they’re optional, but according to the NHL Injury Analysis Panel, more than 60 percent of players at least wear mouth guards, and the number is on the rise.

But teeth still go missing. In a game in March of this year, Detroit Red Wings forward Daniel Alfredsson took a stick to the face and, as he skated away from the play, bent over to scoop up his teeth from the ice. Video clips of the incident went viral, even among non-hockey fans. It’s common enough to remain a stereotype, if not an archetype anymore.

That’s why, before I spoke to Fiddler, I was reminded of perhaps the most famous scene in Jaws—at least the most famous scene that doesn’t involve a shark and John Williams’ ominous score. You know the one: Brody, Hooper, and Quint sit in the galley of their boat, comparing scars, trying to one-up each other. The scene kicks off with Quint, the crusty old fisherman, asking, “You wanna see something permanent?” Then he pops out a false tooth, and starts laughing like a broken motorboat.

The scene—specifically Quint with tooth in hand and rueful chuckle pouring out of the hole where it used to be—is what I imagined took place in NHL locker rooms. A grizzled vet yanks out one of his front teeth and stares down a fresh-faced rookie, talking about a slap shot he never saw coming in Edmonton. Across the room, another teammate takes it all in and smirks, tonguing where his molars used to be: “I got that beat.” And so on.

“Oh, no, no, no,” Fiddler says, when I ask him. “Never. You never know what could happen. No one wants to take that chance.”

Chrissy Fiddler hated Vernon’s driver’s license photo, hated that her ruggedly handsome husband hadn’t bothered to put in his flippers before he took it. She hated that he never wore them. She knew he would get them replaced when he finally retired, but who knew when that would be? The photo was a symbol for all of it.

When teeth are missing, bone in the jaw ridge can disappear as well, causing it to weaken. Flippers help mitigate the damage, but they’re more of a cosmetic fix. Fiddler needed something a little more substantial, something he could—and would—keep in longer, and more often. Which is why he now wears a four-tooth dental bridge, a more permanent solution to his problem.

He’s even wearing it in his new driver’s license photo. Which is why his wife is a lot happier.