I’ve never been to London, but I assume it’s exactly like Rockwall, Texas.

That was my sarcastic thought as we pulled up to the Londoner, a British bar deep in the heart of Ye Olde Rockwall. My companion and I climbed some stairs, pushed through a gate, and discovered an expansive patio full of subdued locals. The sun had set, but I could make out the lush green of suburbia looming all around. A firefly flashed in the distance.

We quickly abandoned the peaceful patio for air conditioning (and a little more excitement). The red walls were covered in all things English: a map of London, British beer signs, a printed quote that read: “With women as tough as Maggie Thatcher, what do men drink?” Near the front door, there were decorative wooden barrels stamped with the names of Texas and British beers. We grabbed a seat at the shiny wooden bar. 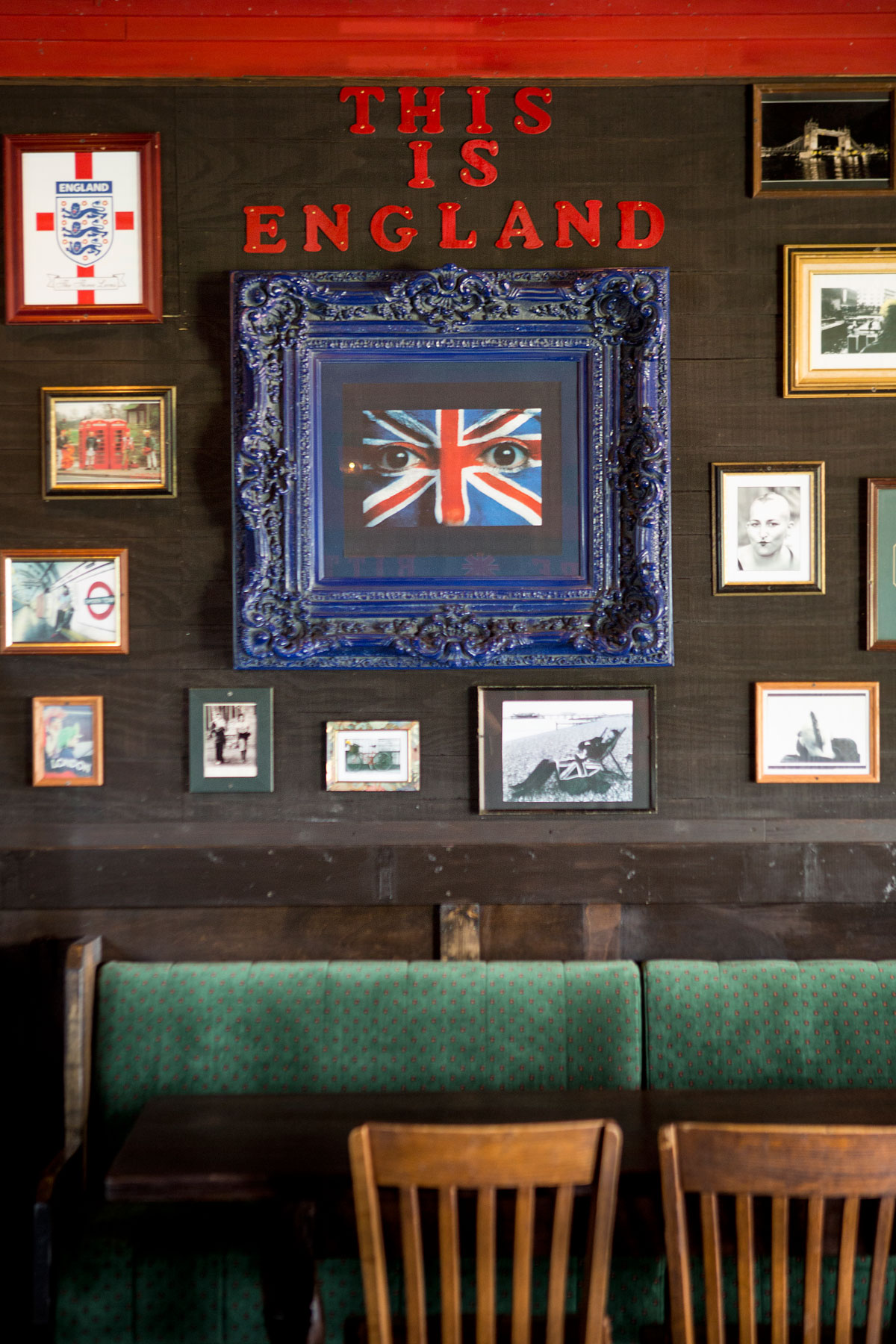 PUBLIC HOUSE: The Londoner has fit right in to its suburban surroundings.
The bartender, Tripp, was young and amiable. He told us that this Londoner (its sister locations are sprinkled across North Texas) opened in June. There are 15 beers on draft, about 50 in bottles, and a menu full of comfort food that your arteries don’t want you to eat. I glanced down the list of brews: American craft drafts, combos, domestics, European bottles.

“How about something British?” I asked.

“Boddingtons?” Tripp suggested. “In London, they serve it at room temperature.”

Warm beer didn’t sound appealing, but I didn’t want to sound like a brew newbie. Fortunately, Tripp read my expression. “Oh, we don’t do that room-temperature thing here. This is still Rockwall.”

As my friend and I enjoyed our selections (he ordered Newcastle), we scanned the room. The tables behind us were populated with happy families and attractive suburbanites on date nights. Beside me, a beer nerd was showing his friend a picture of an amateur microbrewery.

When I fell in love with two very different beers, my kind bartender was happy to serve them together. To create the “Beltex,” he poured the light, aromatic flavor of the sweet Blanche de Bruxelles over a dark stout (such as Martin House Brewing Company’s Texas Pretzel Stout).

To see the Beltex and more of our favorite drinks, check out our Cocktail Hour gallery.

“You sound like you know a lot about beer,” I said to Brandon, the one showing the picture. He explained that he tried 200 beers at the Flying Saucer, then started brewing in a friend’s garage.

“Maybe one day you’ll be able to order my beers here,” he said.

After the beer guys left to go play Xbox, I noticed a cute little family by the door, trying to get Tripp’s attention. He excused himself to bid them goodbye.

“They’re my favorite regulars,” the bartender explained upon his return. “They’ve visited me since I worked at Applebee’s.”

“What do you think of a British pub in the Rockwall suburbs?” I asked.

“Oh, it’s great,” he said. “We even have neighbors, just like a real London pub.”

Just before my friend and I left later that night, I spotted a staircase leading up to a tiny patio on the roof. It was empty except for a few benches and a great view: big trees, green yards, silent streets. Below us, the patio hummed with a tame, happy vibe. It isn’t London, but the Londoner in Rockwall sure isn’t a bad place to be. All I needed was another cold (or even room-temp) brew.