It had been that sort of week.

You know the kind: a slew of garden-variety stressors, not enough sleep, not enough fun. But by Friday afternoon, I had come up with a foolproof plan to turn it around: find a fun, refreshing cocktail and drink it. What better way to revitalize myself after the longest week ever? 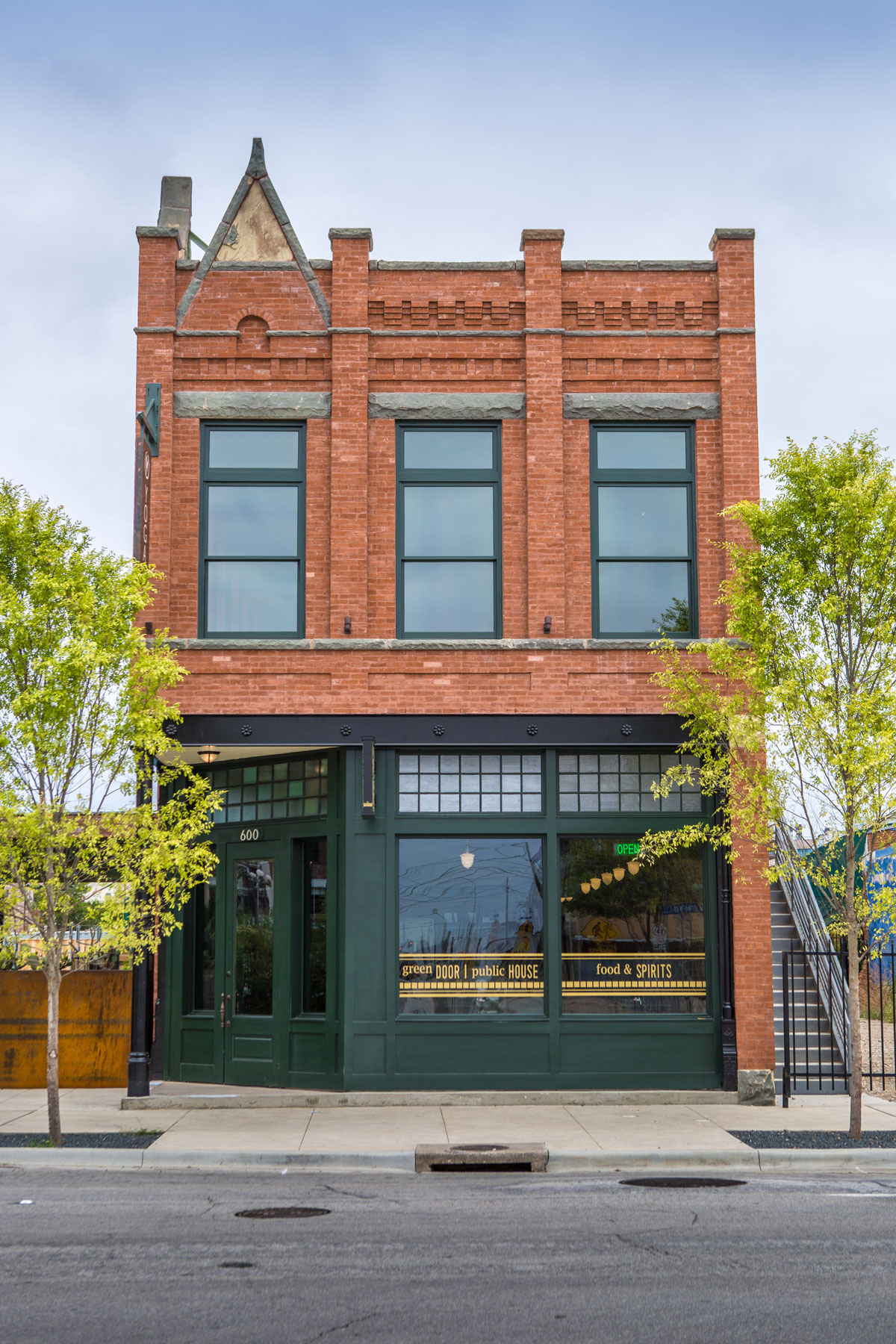 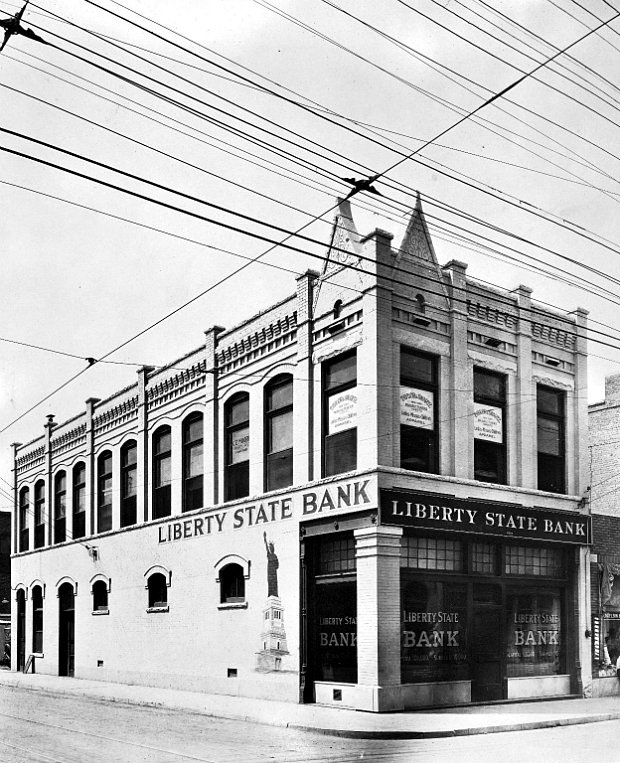 BANK ON IT: The charming reboot of this historic building inspires drinking vintage cocktails.
Just around the corner from the Dallas Farmers Market sits Green Door Public House, a cheery-looking place with big windows and a plant-filled patio. After a short march around the market (I was anxious for happy hour, but food is also important), my friend and I wandered into Green Door, grabbed a table near the bar, and dropped our sack of produce onto one of the chairs.

We weren’t the only ones eager to jumpstart the weekend. The bar was already lined with a buzzing crowd. Out-of-towners from North Carolina chatted loudly over beers. At the table to my left, a group of white-haired co-workers in suits and skirts snapped photos of each other. To my right, two guys in shorts sat drinking beers and eating French fries. The easy atmosphere had me feeling refreshed already.

After a minute, Dunagin, the newsboy cap-clad bar manager, slid us some menus. I quickly flipped to the cocktail listing and began serious contemplation. My friend explained that during Prohibition, a freshly painted green door signaled a speakeasy—which explained Green Door’s great selection of vintage cocktails. I wanted to try the Singapore Sling. And the Algonquin. And the Rob Roy, Dunagin’s personal favorite. “I guess you’ll have to order one of each,” Dunagin said.

Eventually, my friend selected the Tom Collins, and I went for a Sloe Gin Fizz. As we waited, I studied our surroundings. The space was friendly and well-lit, with high ceilings, exposed red-brick walls, dark wood tables, and lots of windows. The Green Door opened in July, and the place looks and smells new. Sort of. Technically, it’s very old.

Once the 5 o’clock rush simmered down, Dunagin had time to explain that these walls are even older than the drinks on the menu. The building itself is from the 1890s. Before it was torn down brick by brick and reassembled in its current location, it stood at Elm Street and Cesar Chavez Boulevard.

Some friends and I once spent a night searching for the perfect gin fizz. No bartender could make one. This Sloe Gin Fizz made up for that disappointment. Plymouth Sloe Gin, Hendrick’s Gin, lemon juice, simple syrup, and soda combine for a delicious concoction. Other bars, take note.

To see the Sloe Gin Fizz and more of our favorite drinks, check out our Cocktail Hour gallery.

“There’s lots of development already going on nearby,” Dunagin told us. “Soon this area will be a destination.”

One day, there might be scores of restaurants and bars competing for Green Door’s patrons. Today, though, everyone looked happy to be just where they were. But most important, the drinks did not disappoint. They came in sleek, tall glasses and tasted perfectly refreshing after our walk.

Once I’d sampled a second drink (the Algonquin, a tasty mix of rye whiskey, vermouth, and pineapple juice), we decided that happy hour had run its course. By now, the fun of drinking revived cocktails in a revived building had washed away the stresses of my terrible, no-good week. And, in fact, I was feeling pretty revived myself.