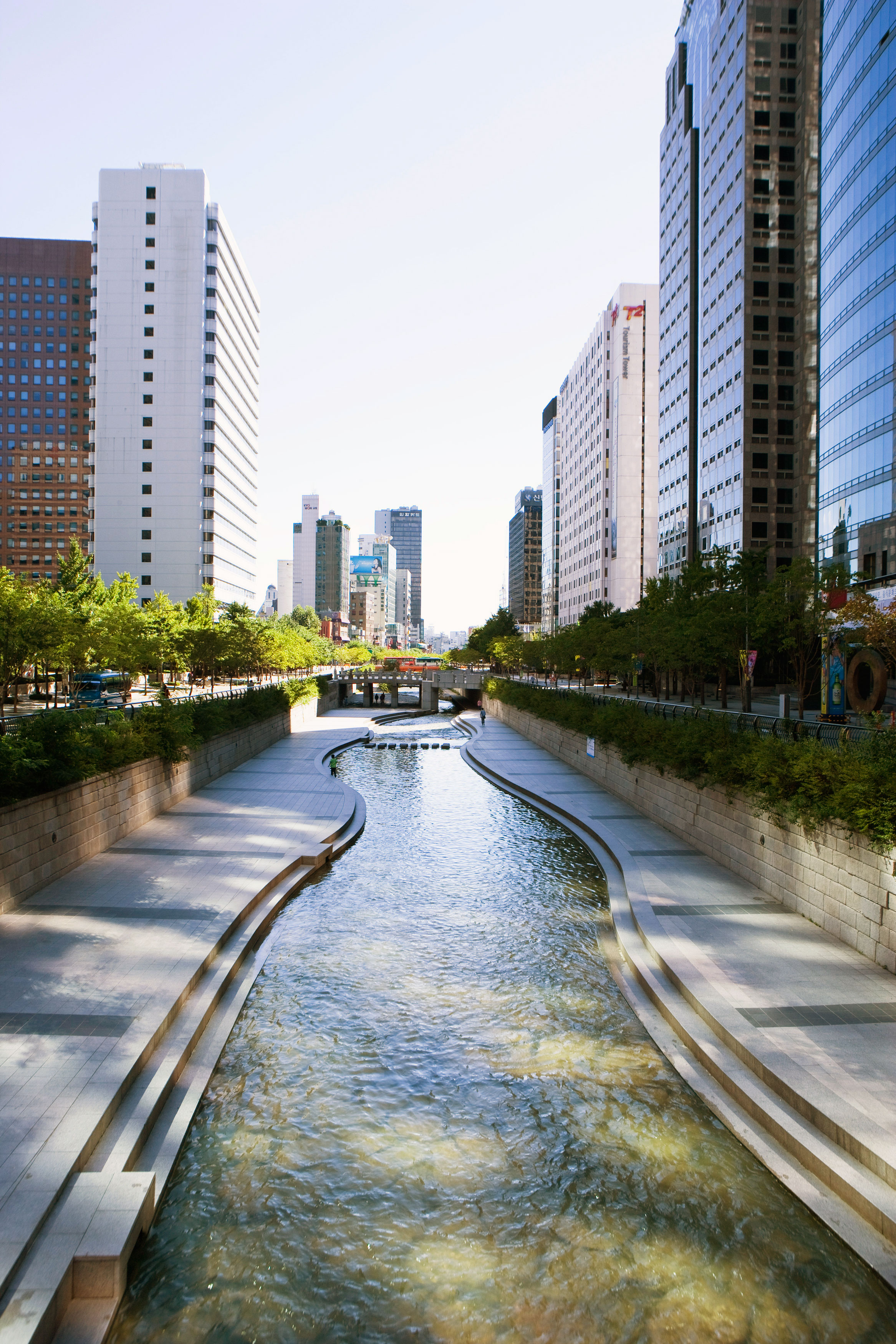 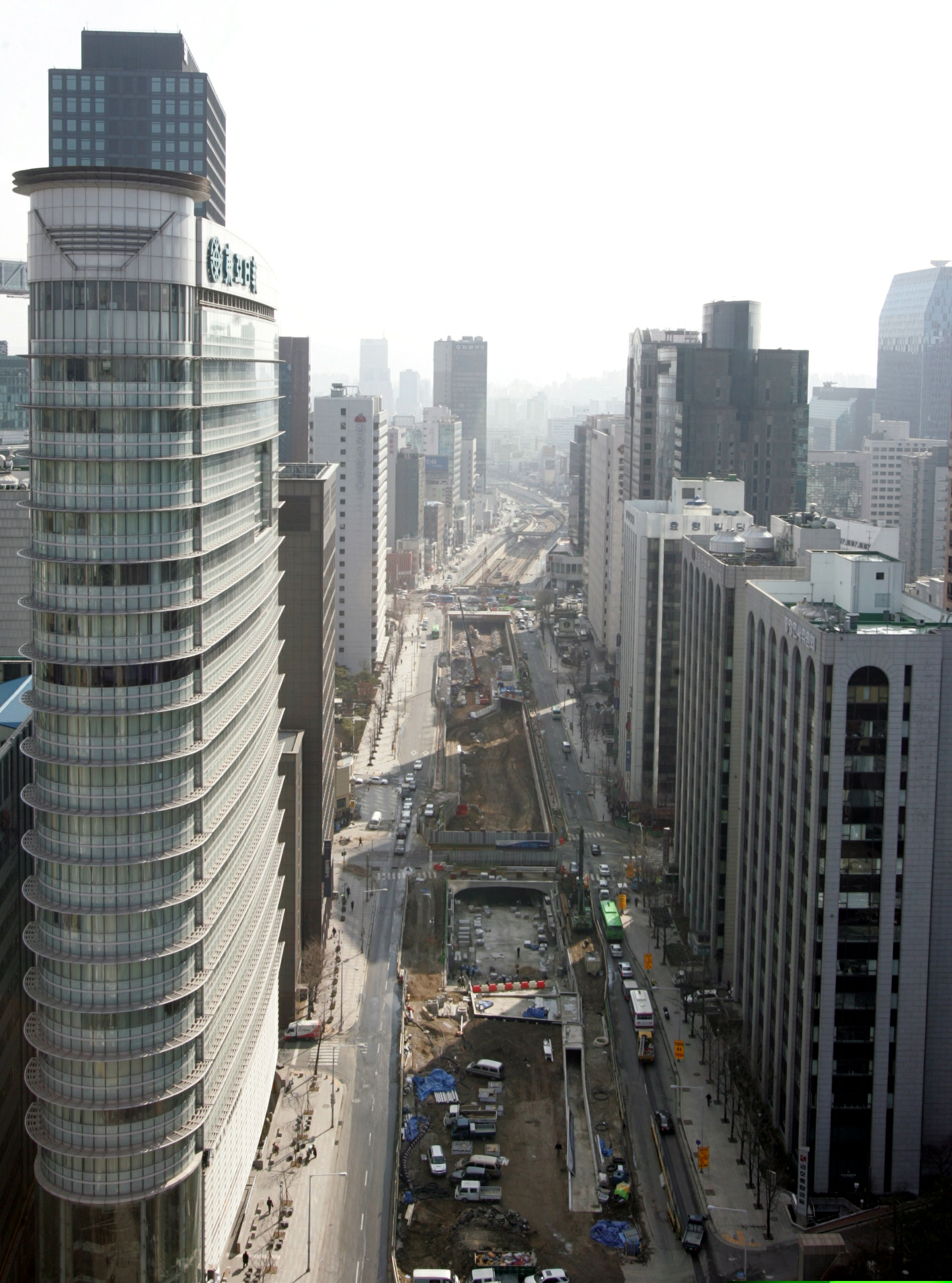 A view of the removal process under way Courtesy of Corbis
Everyone thought Lee Myung-bak was committing political suicide when he decided to stake his run for mayor of Seoul, South Korea, on one issue: the teardown of Cheonggyecheon freeway. The road was completed in 1976, running straight through the heart of downtown Seoul. To build it, a river was buried. But the road didn’t spur economic development. Instead, studies showed that the road was accountable for the loss of 40,000 residents and 80,000 jobs in the city’s central business district. Lee won the election in 2002 and initiated the fastest highway demolition in history. By 2004, the road was gone and the river unearthed.

The teardown of Cheonggyecheon transformed Seoul. The price of land for properties within 160 feet of the restoration project increased by 30 to 50 percent, double the rate of other areas of Seoul. The rate of new business growth in the area also doubled, while the economic impact of visitors drawn to the revitalized waterfront has been
valued at $1.9 billion. The highway removal has also been credited with the city’s overall reduction in the urban heat island effect, and small-particle air pollution has been reduced by 35 percent. And even though the highway carried as many as 170,000 vehicles per day, just like with other highway teardowns, the removal didn’t create a traffic problem. Rather, the city saw a decrease of about 45 percent in the number of vehicles in the Cheonggyecheon area after the road was removed.