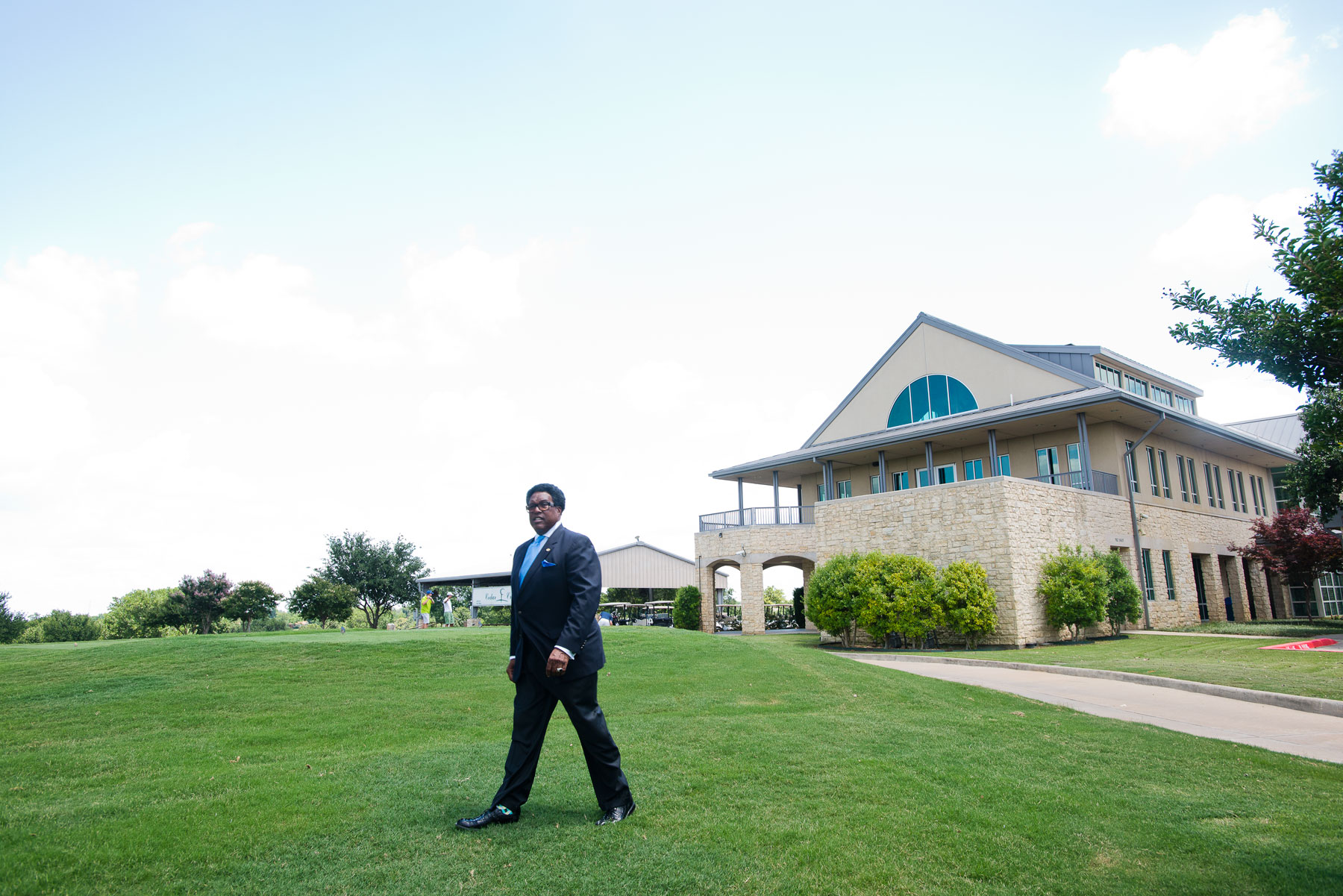 We pull up to the Apple Inn, near where Loop 12 hits I-35. Caraway tried to close it for years. “Over here was nothing but drugs and prostitutes,” he says. “I was shutting these sons of bitches down.”

But he backed off when a young Indian couple bought the motel.

“They redid this whole damn thing, and they did a hell of a job,” he says, as we open the door to a room that—apart from the giant, red, heart-shaped jacuzzi tub—looks like a page from a Crate & Barrel catalog. “Everything in here now is new. They rent by the day, not by the hour. If you are going to do it right, then I’m with you. They redid it to the point that, if I had some family in town, I’d let them stay here.”

He lowers his voice and leans in. “Now, I’m talking about some distant cousins, you understand.”

After lunch at the Walmart Subway, Caraway walks over to the pharmacy to pick up his mother’s dementia medication. He sneaks up on a woman sitting on a nearby bench to say hello. She lights up when she sees who is tapping her on the shoulder.

“There’s the famous Kliff Klub,” Caraway says, pointing down Singing Hills Drive from a stoplight on Ledbetter. “You have cocktails every now and then? Well, you go in there, tell them—hey, baby, how you doing?” A woman waves to him from the corner. “Whoever you are. When you go in there, you tell them to just give you—if you want Tito’s and cranberry—tell them you want cranberry with a dash of Tito’s. Other than that? You’re gonna have that much Tito’s”—he spreads his thumb and forefinger about 3 inches apart—“with that much cranberry.” He pinches his fingers together until they almost touch.

He says Tito’s vodka and cranberry juice is his cocktail of choice when he has cocktails every now and then. But I already know that, as do however many thousands of people listen to The Ticket’s Morning Musers.

A couple of months earlier, Caraway went on the show to talk about his plastic-bag initiative. Somehow the conversation turned to what he ate the previous day. He skipped breakfast, he said, had a 9-ounce strip sirloin with sautéed spinach and mushrooms for lunch, and, for dinner, a vodka-and-cranberry, along with some beer nuts.

Caraway’s term is up next year, but there’s still so much left to do. All the stuff he has to keep hollering and screaming about, and all the stuff he hasn’t had a chance to holler and scream about yet. The stray dogs (“You see a dog with a curly tail, he will bite your ass”), the houses and apartment buildings he knows are drug havens but can’t get anything done about, the plasma bank where drug dealers sit and wait for customers like vultures, getting the city to give him one goddang D-Link bus to run up and down Lancaster, painting the fence at Cedar Crest Golf Course, and on, and on, and on.

There’s more than he can get to, and he knows it. He’s had almost eight years, and he’s just getting started. For every success—the Walmart, the DART Police headquarters he had moved into the district, the slow but steady progress of his little nooks—there are a handful of problems. He has less than a year to do it all. And then what?

“I’m gonna do something,” he says. “I do plan to continue public service. There are four or five options that I will look at and consider. It just depends on which option becomes available.” He’s choosing his words carefully. It’s a rarity for him. “I do not
intend to challenge incumbents. But depending on the circumstances, I’m gonna leave all options open at this point.” He pauses.

“But it is going to be something. Even if I sit out a year and come back and run and stay eight more to finish out this stuff.”

And we drive on.