Ten years later, in March 1974, Jim Bigham’s father’s phone rang in the middle of the night. “It’s done,” a voice said. His uncle got the same call. Charlie Bryant had taken two in the head while sitting in his white late-model Cadillac in the 5600 block of Parkdale, a lonely East Dallas dead-end next to a railroad track. Dallas Fire Department arson investigator Don Howard posed a hypothetical to a homicide detective. If someone walked in and admitted right now that he fired those shots, what would you do? “I’d let him go on home,” the detective said.

More than one fireman thought that Battalion Chief Lloyd Briscoe might have avenged the deaths of his men. But the police asked Briscoe a few questions, and he was back on his bar stool at Willie’s Lounge, a fireman’s hangout at Beacon and Grand, before his beer got warm. 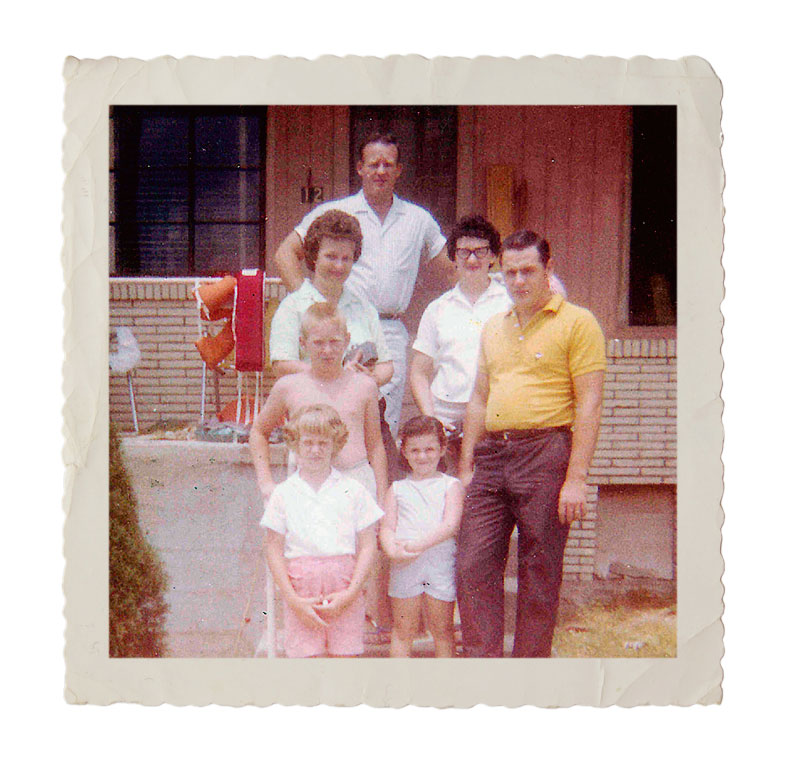 Courtesy Jim Bigham
Courtesy Jim Bigham
The widows moved away and remarried, except for Neely Manley, who did neither. She lives by herself at the old place on Lapanto, in East Dallas, and maintains it herself, except for a bit of help with the yard. “I was 25 when Ron died,” she says. “I had a job with an insurance company. The house was only a year and a half old. I had a baby [Mark], and a girl in second grade [Victoria]. Good neighbors, a good babysitter. There wasn’t anyplace else I wanted to live.

“I didn’t date that much. Didn’t have time, with a job and a house and two kids.

“I’ve often wondered how it would have been if Ron had lived. I think he would have gone pretty far in the fire department. After he died, I got a letter that he’d passed his test to get promoted [from second driver to driver].”

Ten kids lost their dads in the Golden Pheasant fire. One says, “I didn’t get to say goodbye,” and breaks down. Two of the daughters say the absence of a father
figure has made relationships unsatisfactory and marriages problematic. They want a man in their lives, they say, but who can measure up?

It was cold the morning they told Victoria Manley the sad news, but she wouldn’t come in off the porch. When her father came home, they were going to go to the zoo. She couldn’t believe he was gone; she still can’t. For many years, she had the same dream: her father knocking on her door and saying with a smile, “You don’t remember me?” A couple of times during a crisis in her life, his picture has fallen off the wall. He is both with her in spirit and irrevocably gone.

Then there is Rick Bigham.

Bob Bailley gave the teenager a ride home from the station that Sunday morning half a century ago, stopping short of their house at 7319 Wallace to explain that there had been an accident. “I didn’t believe it,” says Rick, who lives near Grants Pass in southern Oregon. “I kept thinking he was off on some secret mission and would come back, and everything would be like before.” The Bighams moved to California, where his mom had some family, and Rick finished high school there. He worked as a boat mechanic and ran an electrical power plant, the latter job requiring him to take some fire training at a local college.

“My father’s death was devastating,” Rick says. “It took a while to move on. Something you never get over, if you think about it. It’s tough to talk about it even now.”

Still, some good came out of that awful fire. Bryant had to sue his insurers to get paid, and he lost. The statute was changed so that Bryant could have more easily been charged with murder. The pensions for the families of fallen firefighters were increased. Dallas Fire-Rescue chaplain Elaine Maddox arranged a reunion for the six Hendersons and men who had worked with their father; some healing took place. And Karen Bigham, for one example, found a new life in California with a husband and kids she would never have had back in Texas.

They were the faces of bravery and responsibility in a gloomy time in Dallas: Gresham, Henderson, Bigham, and Manley. Good names to remember.