Darkness covered our prairie town that cold night 50 years ago, and it must have been a relief. In the three months since the Kennedy assassination, daylight offered only a waking nightmare, for we were the malign incompetents who had allowed the murder of the president. Hope for redemption vanished when the gangster managed to murder the suspect with TV cameras running. Somewhere, someone typed “Dallas, the city of hate” for the first time, an epithet that stuck and stung.

The harsh spotlight intensified as the trial date approached for Jack Leon Ruby, the nightclub owner who had point-blanked Lee Harvey Oswald in the gut with a Colt Cobra .38. Ruby did not want to die for his crime, and he had the wherewithal to hire the famous criminal-defense attorney Melvin Belli, of San Francisco. Belli’s two-pronged defense would posit that his client was crazy as a coot when he pulled the trigger and that Dallas, with blood on its hands from two murders, could only assuage its shame with an execution.

The world’s media came to town. But just as writers on deadline predicted another Scopes or Hauptmann trial of the century, a new tragedy bumped State v. Ruby to the side for a few days.

It was a fire, the worst in the city’s history in terms of loss of firefighters’ lives. Four young men died in the blaze that began in the basement of a Commerce Street restaurant called the Golden Pheasant. Someone pulled the first alarm at 2:33 am on Sunday, February 16, 1964, the day before the start of jury selection in the Ruby case. Within minutes, that fire got big, and deadly. Within days, police arrested the owner of the eatery, Charles Darrell Bryant, age 32, a sullen veteran of the arrest-bail-trial process. Bryant had gone through the restaurant-fire thing before: four years earlier, another place he had owned on Commerce called the Copper Cow had gone up in flames in the middle of the night, an unfortunate event that yielded him $37,000 of insurance money. After a week in jail on suspicion of arranging the arson of the Golden Pheasant, Bryant posted a $20,000 bond and hired Dallas criminal-defense attorney Charles Tessmer.

Thus the trials of Bryant and Ruby were linked by a pair of defendants who were so sleazy that they made you want to take a shower, both of whom retained brilliant, theatrical attorneys to battle the legal steamroller of cigar-chewing Dallas District Attorney Henry Wade. TV, radio, and print covered the twists and turns on the road to the verdicts as if the Cowboys were playing the Redskins. Organized crime hovered like foul smoke over both defendants.

There was no one to pull for in either trial, unless you could summon the spirits of four men in the arson case who did not attend. The prosecution and the newspapers invoked their names: Gresham, Henderson, Bigham, and Manley. Firemen.

Dallas 50 years ago was half as populous as it is today, twice as white, and about twice as much fun. Although exurbanization had already begun with the planning of NorthPark Center and Preston Center malls, downtown still had it going on. Step onto the crowded sidewalk and you heard car horns and clanging trolley bells and newspaper vendors shouting out headlines. We had two dailies then. The German Jewish merchant princes who put our town on the map still had their giant anchor stores: Neiman Marcus, Sanger Brothers, and Titche-Goettinger Co. Movie marquees lit the night. The Melba, the Tower, and the Rialto were air-conditioned for your comfort and did great business, as did equally long-gone hotels—the Baker, the Dallas, and the Statler Hilton. Dotted here and there were dimly lit dives where anything was possible, a prime example being Ruby’s Carousel Club. Pictures of girls in a frame out front. 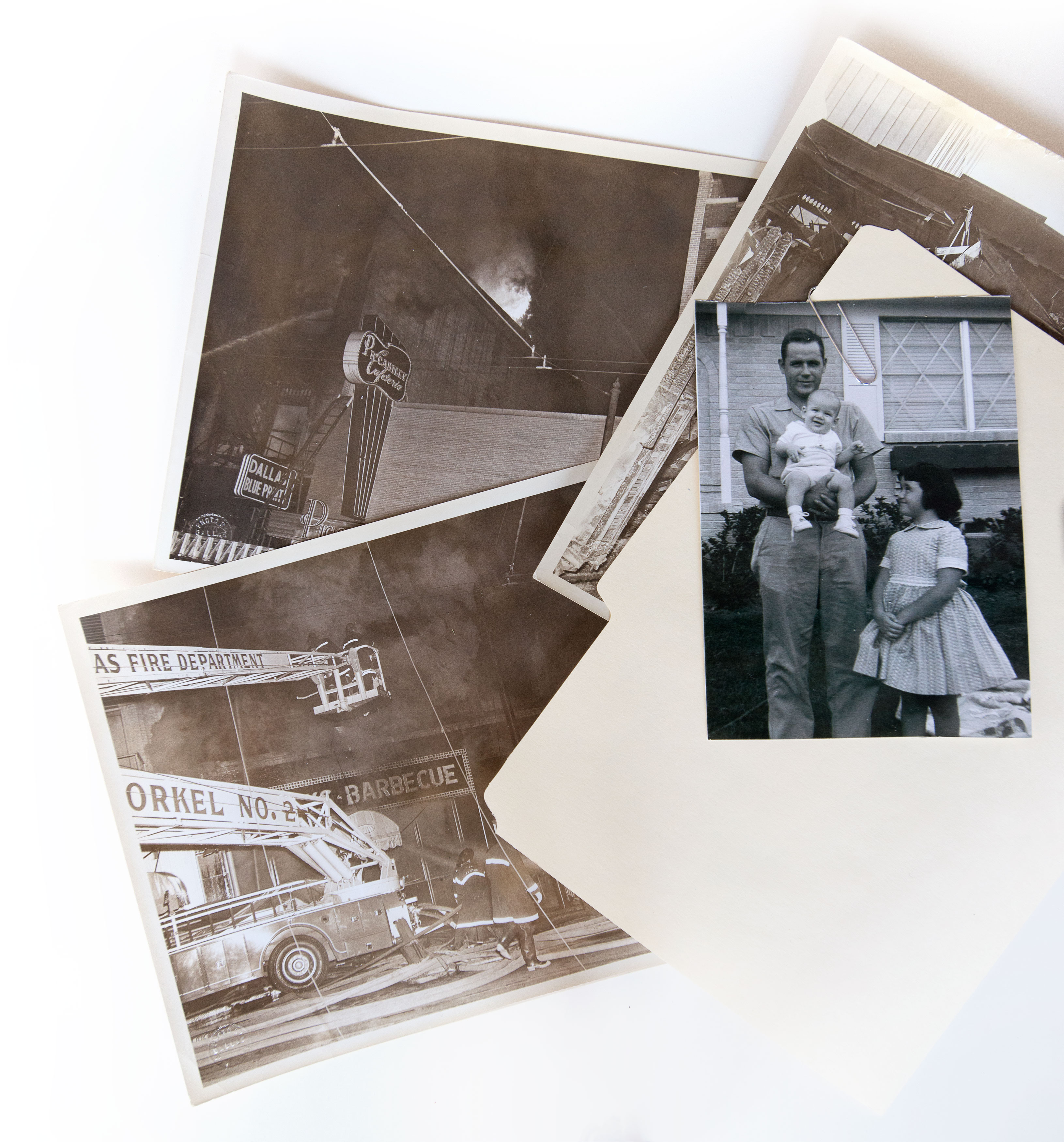 “The steaks served at the Golden Pheasant located on Commerce between the Adolphus and Neiman Marcus were the best in town,” wrote Caroline Rose Hunt in her foreword to Dallas Is Cooking, a cookbook by Renie Steeves. “A stuffed Chinese golden pheasant looked down on diners.”

Actually there were two big taxidermied birds atop pillars in the foyer, and a mezzanine level accessed by a staircase in the back of the main room, and waiters in starched white jackets hovering over starched white tablecloths. The ornate decor included a bright yellow awning sheltering the stained glass and polished brass by the front door. “Dallas’ Most Exclusive Dining Room” its ad proclaimed, a bit of puffery, but not that far from the truth. The Golden Pheasant opened in 1915 and remained part of the downtown landscape until the summer of ’62, when Bryant bought it and ran the brand into the ground.

There is no need to demonize Bryant. His life speaks for itself.

In addition to his starring role in a previous restaurant fire, the slim, soft-spoken Bryant and a friend kicked and beat a handcuffed bartender during an extortion attempt. He was not convicted, but the barman knew damn well who had broken his nose in five places. Bryant also got a long look as a suspect in the car-bombing death of fellow boulevardier and “gambling figure” Phil Hodges, and endured many legal problems related to his roles as a club owner and an expediter of liquor licenses and vending-machine contracts.

On February 15, 1964, the day before the big fire at the Golden Pheasant, there was a little fire at the Golden Pheasant. A cook arriving unusually early discovered burning rags in a basement dressing room, ignited, apparently, by a very odd setup: a bun and bread warmer suspended from a coat hanger. It was cold in North Texas that weekend, with overnight lows around freezing, so the little stainless-steel box with its door open supposedly warmed the buns of waiters changing into uniform.

At 11 am, about the time that Bryant would have been assessing the damage and opening his restaurant’s fancy front door for the Saturday lunch crowd, Gresham, Henderson, Bigham, and Manley punched in.