Pam Costa has four children active in gymnastics and athletics who never seem to get hurt during the daytime. Dehydration, the need for stitches, and bone breaks almost always occur after hours. The family uses First Choice Emergency Room in Flower Mound as its secondary doctor. Costa says the freestanding emergency department also saved her life.

One day at work about eight years ago, the massage therapist was experiencing flu-like symptoms and arm pain. After some cajoling, her coworkers walked her across the street to First Choice.

The trend is to bring healthcare access to outlying communities in densely populated areas.

“They handed me a clipboard, and I went into cardiac arrest on their floor,” she says. “Dr. [James] Muzzarelli brought me back. He was doing compressions and shocking me. He got me stabilized enough to get me in an ambulance. They weren’t sure I was going to make it.”

Freestanding emergency departments like First Choice are opening up all over Dallas-Fort Worth. They aren’t new—they date back 30 years to a time when rural communities couldn’t support full-service hospitals. But the numbers are now growing rapidly, especially in suburban neighborhoods, doubling to more than 400 nationally in the last four years, according to the American Hospital Association. 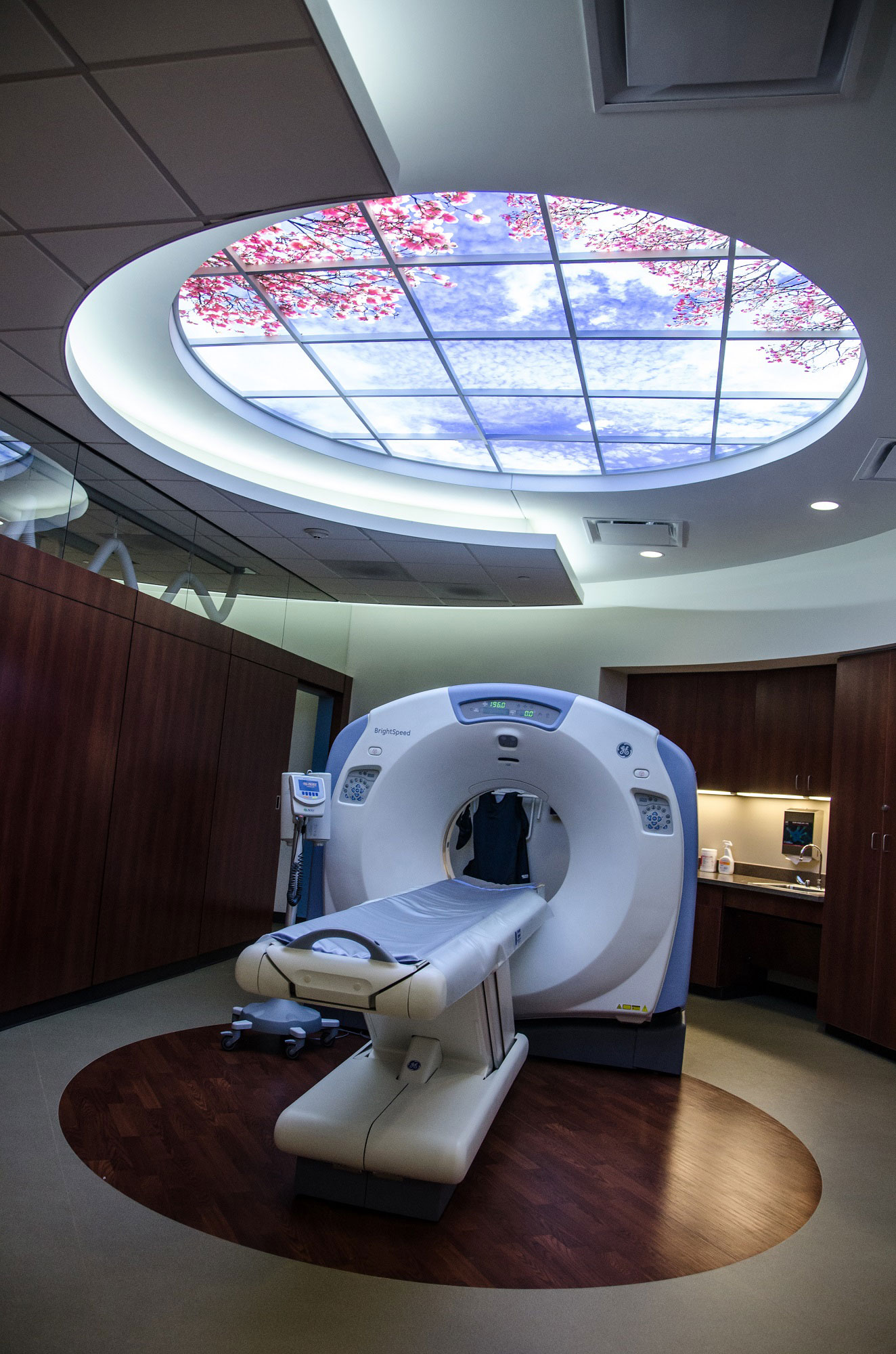 WELL EQUIPPED: Freestanding EDs, like this Baylor facility in Rockwall, house CT scan machines and other equipment you’d find in a hospital-based ER.
They’re popular with patients because they reduce emergency room waiting times from hours to minutes, are conveniently located, and feel more like a hotel lobby than a hospital. But consumers should do their homework before they choose a freestanding ED, as some don’t take Medicare and Medicaid, charge additional fees not covered by insurance, and typically can only stabilize for serious injuries before transferring to a local hospital.

Freestanding EDs differ from urgent care centers in that they’re open 24/7. They’re also staffed exclusively with board-certified physicians and emergency trained registered nurses, and include all of the equipment you’d find in a hospital-based ER: CT scans, X-ray and ultrasounds, and on-site labs.

“There’s a real need in the community for emergency services without the long wait,” says Christie Hutchinson, vice president of care coordination for First Choice. “We’ve seen a change in the last five to 10 years where people want a choice, like where they go to the grocery store or shopping. They want excellent customer service—and that’s difficult to find in the emergency room.” 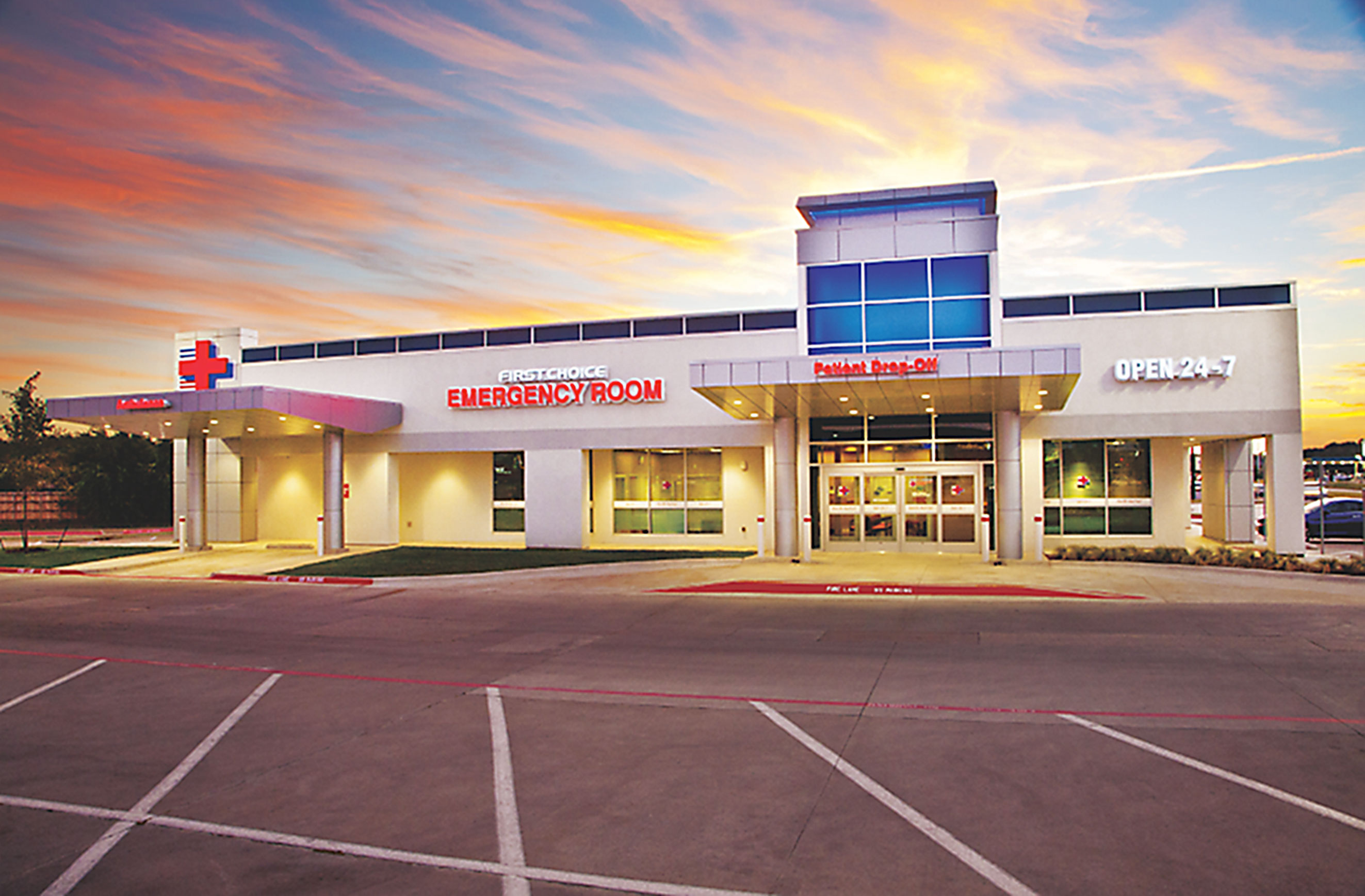 MARKET PRESENCE: Lewisville-based First Choice Emergency Room has 14 non-hospital affiliated locations in DFW and 30 statewide.
DIVERTING CARE
An estimated 30 million people are expected to gain healthcare coverage through the Affordable Care Act, flooding a delivery system that’s already strained and fragile, according to a research study by The Heritage Foundation. With nearly 7 million people in North Texas, the trend is to bring healthcare access to outlying communities in densely populated areas. Another goal is to alleviate overcrowding, says Steve Love, president and CEO of the Dallas-Fort Worth Hospital Council.

“All hospitals have a lot of non-emergency situations in the emergency room,” he says. “If you look at ERs, many people are using them currently as a primary care provider. Hospitals will be the first to tell you that they want you to have appropriate care in the appropriate setting.”

“For Baylor, it’s a strategic growth initiative,” he says. “We want to get a presence and plant a seed in a market where we don’t have a physical presence. We can build smaller hospitals and get people acclimated to the Baylor name at a fraction of the cost.”

Baylor is new to the freestanding ED model, entering the market in 2012 with the opening of the Baylor Emergency Medical Center at Aubrey. It now has centers in Rockwall, Keller, and Murphy, with plans to open three more later this year through its partnership with The Woodlands-based Emerus.

“The centers are easily accessible, easy to navigate, and afford us the opportunity to [offer emergency care] in a more comfortable setting,” says Wood, a registered nurse.

Baylor’s freestanding EDs are typically 40,000 square feet with eight patient and eight inpatient beds, and aren’t located in commercial strip centers. They serve as a medical hub, with doctors’ offices located on the second floor. They will see a projected 30 to 35 emergency patients a day, compared to larger hospital ERs that see 100 to 150. The door-to-doc time averages less than 10 minutes, Wood says. 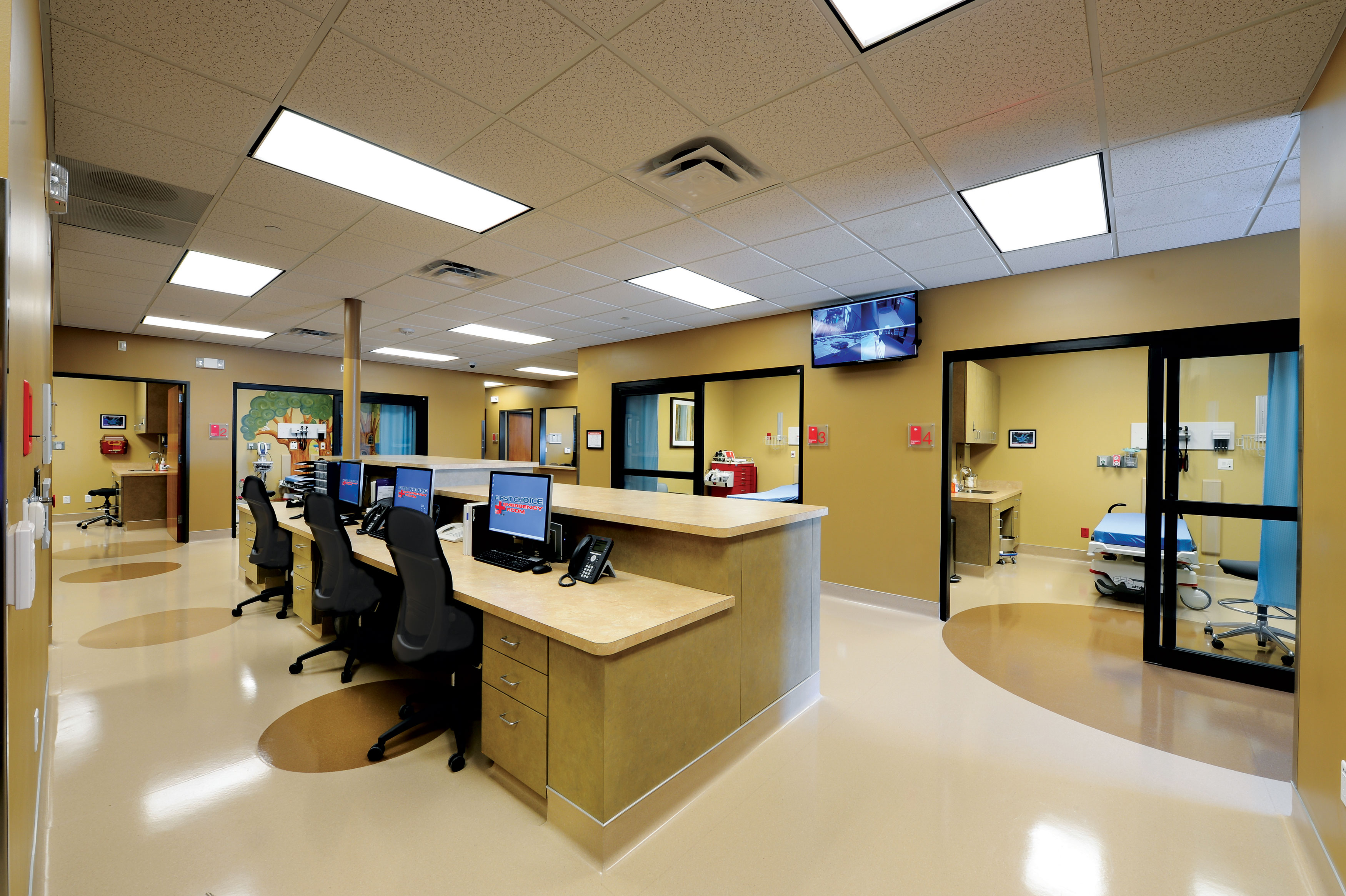 CONVENIENT CARE
Because Baylor’s freestanding EDs are affiliated with the hospital, they are regulated differently than other centers, such as those run by First Choice. The Baylor freestanding EDs, which are fully licensed and accredited and undergo the same rigors that large hospitals do, accept Medicaid, Medicare, and commercial insurance, with the typical ER co-pays.

HCA is another hospital system with skin in the game. It opened its first hospital-affiliated freestanding ED in Flower Mound in 2009, and has since added locations in Grand Prairie, Plano, and Burleson. It also has one under construction in McKinney, and several others in development. HCA’s ER at Alliance in North Fort Worth, which opened in 2011, is being expanded to become a full-service hospital.

When to Head to the ER

Emergency rooms are best equipped to handle life-threatening situations. According to the American College of Emergency Physicians, these conditions indicate a medical emergency:

Factors such as population growth, traffic patterns, community need, and proximity to hospitals are all considered when choosing where to locate new freestanding EDs. They’re frequently built in more affluent neighborhoods, to appeal to private insurance holders.

“The environment is quiet, and our facilities are fairly new and nice in terms of interior design,” she says. “When you walk in, it still looks like an ER exam room, but it’s less intimidating. From the parking lot to the front door, it’s a calmer environment that isn’t so overwhelming.”

As a registered nurse, Underwood considers herself a patient advocate first, and encourages consumers to be informed about emergency services available in their community before they actually need them. “No one ever plans for a trip to the ER,” she says. “When you have a situation arise, it is emotional and somewhat of a crisis. Visit local emergency departments in advance, take a tour, and consult with your doctor.”

In November, Ruth Lautzenheiser wasn’t expecting to need the emergency room, but that quickly changed when she began having chest pains while at home with her two sons. She thought it was stress related to losing her 10-year-old daughter to cancer earlier in the year, but when she called her husband, he didn’t want to take a chance. He whisked her off, not to the local hospital 10 miles away, but to the ER at Grand Prairie, a department of Medical Center Arlington, which was 4 miles away and had opened just two weeks before.

“We pulled in and everything went really smoothly,” she says. “It was very clean and the doctors were nice. All of my numbers were good, but they wanted to run a test one more time, and they found I had had a heart attack. I couldn’t believe it.”

Once she was stabilized, the ER team put her in an ambulance and called ahead to have a cardiologist waiting at the hospital.

“It was really pretty seamless,” says Lautzenheiser, who was hospitalized for five days and given medication.