At 10 feet tall and 500 pounds each, these six frogs are some of the largest amphibians in history. And some of the most well-traveled. Originally created by Texas artist Bob “Daddy-O” Wade to sit atop Lower Greenville’s Tango nightclub in 1983—then the hottest club in town—they’ve since become a bit of a traveling road show. They hightailed it down Interstate 35 to a truck stop, while others left the crew for Houston and then Nashville. On June 27, after a 29-year absence, three returned to their original rooftop, which is now that of a Taco Cabana. “The three in Nashville have a good home, and now these last three have a permanent, good home back where they started,” Wade says. “I’m just thrilled.” As Lower Greenville makes its return to the top of the city’s nightlife scene, it feels appropriate that the frogs are back as the welcoming committee. —Elizabeth Wieck 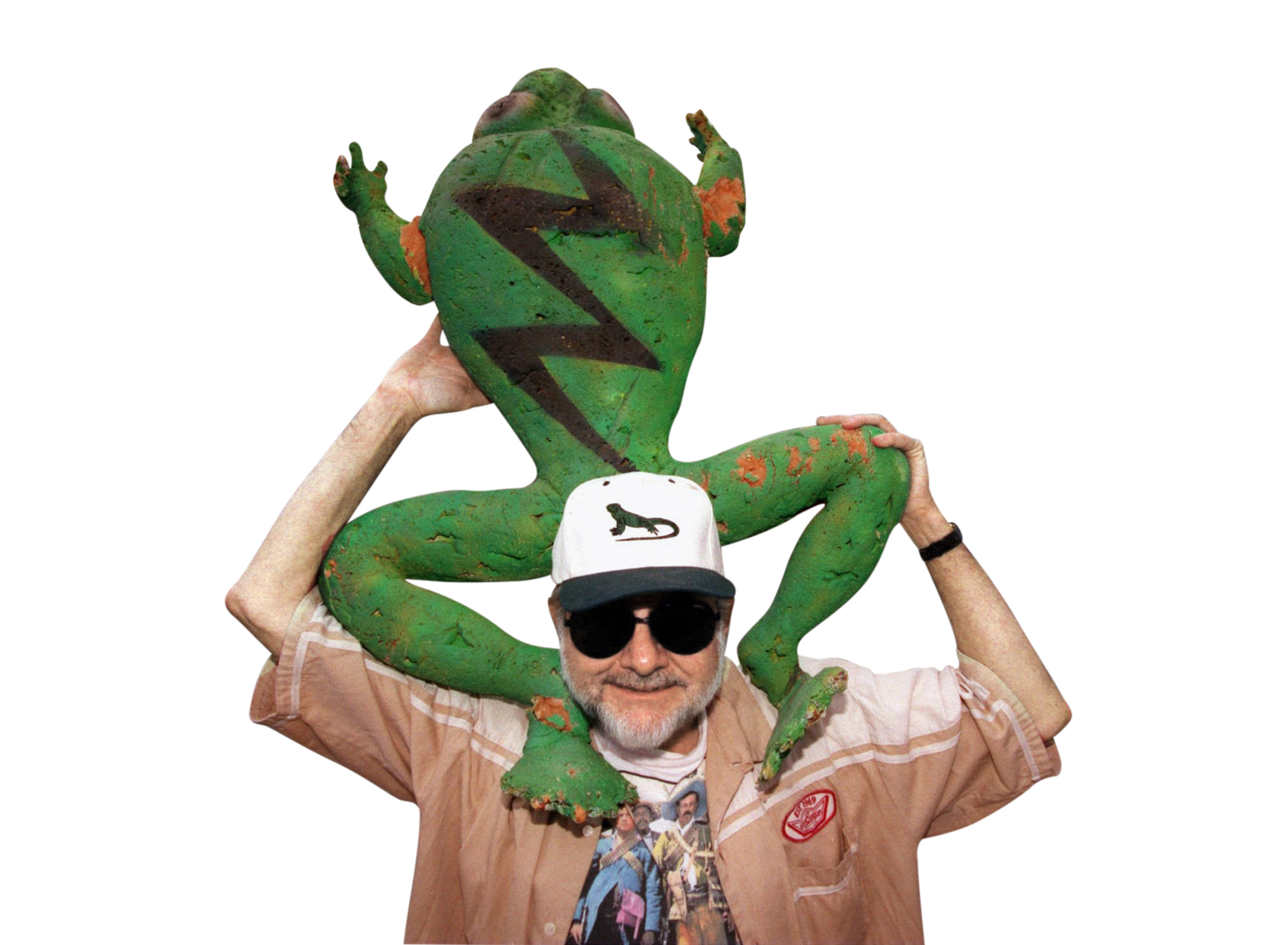 1983 The frogs are built in a nearby warehouse, dubbed the “Frog Factory,” and installed in June. By September, the frogs are ruled a commercial sign, and the city tries to force their removal. An appeal is made, and the frogs are allowed to stay.

1985 The frogs are removed on June 28. They’re later purchased at public auction. On July 2, the six frogs arrive at the Carl’s Corner truck stop in Hill County, 65 miles south of Dallas.

1986 Three of the frogs travel around Texas as part of an outdoor sculpture tour.

1990  In Wade’s words: “Fire burns Carl’s to the ground—frogs unharmed!” Three frogs move to a Chuy’s in Houston, and later to Nashville.

2012 The truck stop is sold, and the three remaining frogs move across I-35 to the yard of Carl Cornelius, the previous owner of the truck stop.

2014 The remaining frogs return to the former Tango site, now a Taco Cabana.