By 1963, there was finally one professional football team in Dallas. But even though he had forced it into existence, the team didn’t belong to Lamar Hunt.

Twice, Hunt had attempted to purchase an NFL franchise with hopes of moving the team to Dallas, and twice he’d been rejected. Like millions of Americans, Hunt watched that classic 1958 championship game between the Johnny Unitas-led Baltimore Colts and the indomitable New York Giants—the one that became known as “The Greatest Game Ever Played.” The reserved, self-effacing son of H.L. Hunt—the wealthiest oilman in Texas—was just 26 at the time. But the young man could see how well the sport seemed suited to television, still a relatively new medium. He was convinced football would one day surpass baseball in popularity. And he wanted a team. 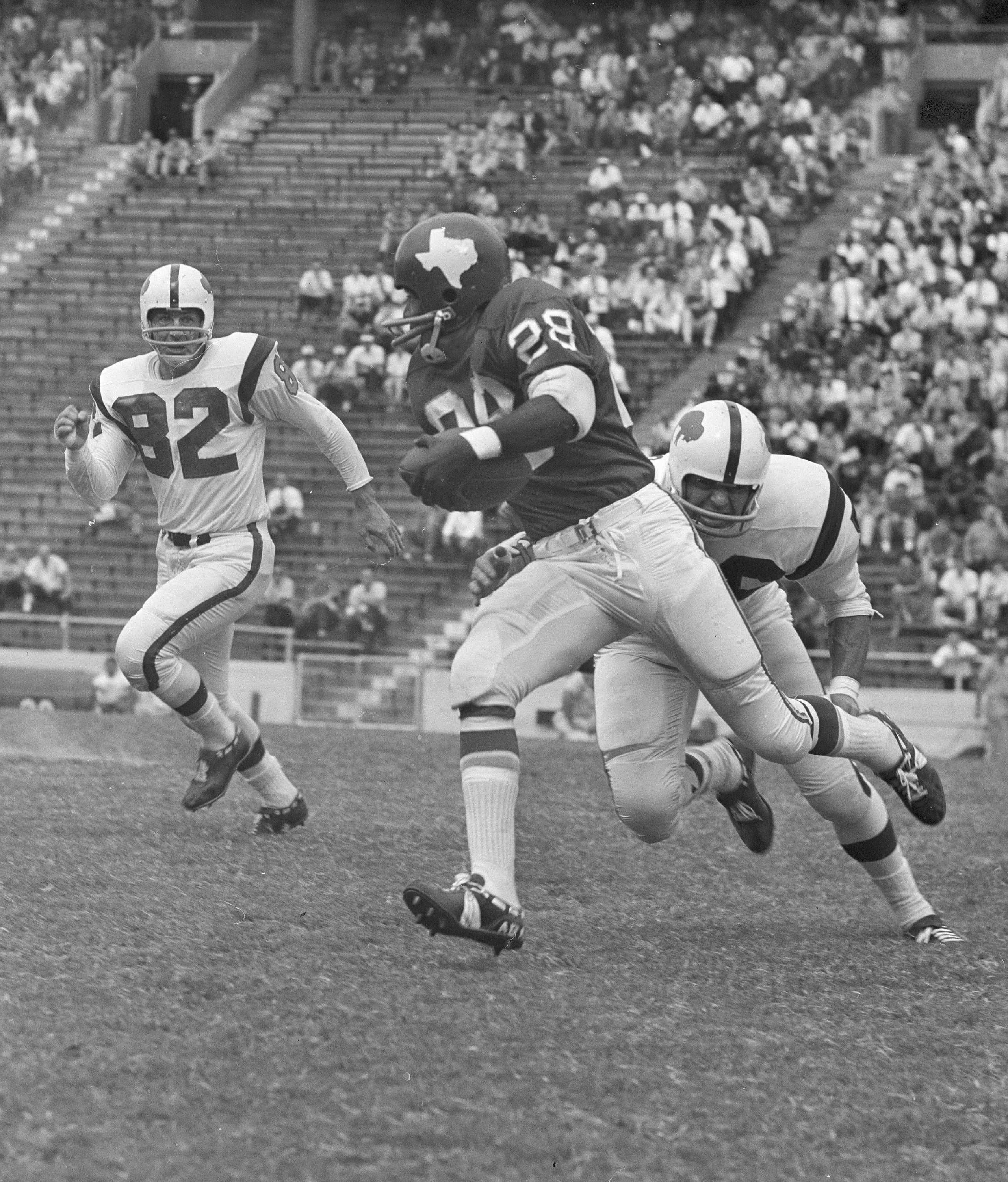 The Texans’ Abner Haynes runs against the Buffalo Bills.
Hunt approached NFL owners, he learned they had no interest in selling and no interest in expanding the league and sharing that wonderful new TV income. Flying first class from Miami to Dallas in February 1959, an idea struck. If he couldn’t buy a team or get the NFL to expand, he’d start his own league, called the American Football League. This was the real beginning of professional football in Dallas.

Once it was clear that Hunt’s new league would come to fruition, the NFL rushed to put a franchise of its own here. Of course, we now know that the AFL would go on to merge with the NFL in 1970, forming the most popular and lucrative association in the history of American sports. Hunt’s new team, the Dallas Texans, would play three seasons at the Cotton Bowl—winning the new league’s championship in 1962—while the Cowboys lost 28 of their first 40 games, finishing no better than fifth in the conference in each of the franchise’s first five years. Hunt would go on to help create the Super Bowl, pulling the name from his children’s rubber Super Ball.

At that moment in the plane, though, all he had was an idea and a wildcatter’s sense of entrepreneurial adventure. He knew that high school football was huge in Texas and that the state had several powerhouse college programs. In fact, Hunt played on the same SMU team as Raymond Berry, one of the receivers Unitas was passing to in that championship-winning comeback. But the NFL had tried to put a team in Dallas once already, in 1952. The franchise—also called the Dallas Texans—had been moved from New York and never got a local fanbase. That debacle only seemed to confirm the public perception that the pro game was boring compared with high school or college football. 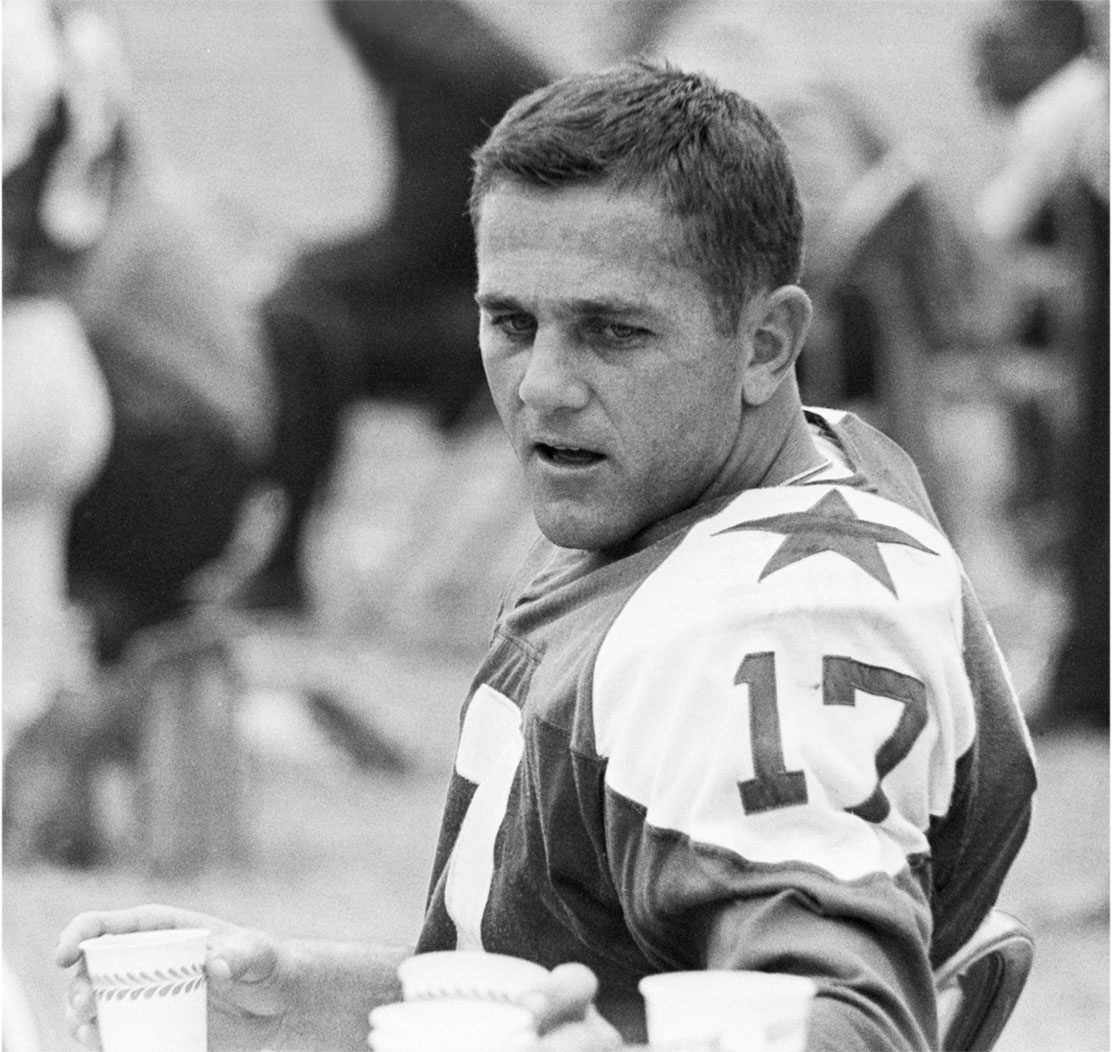 Cowboys quarterback Don Meredith
Hunt knew that there were other businessmen like him who’d also been rejected by the NFL owners. He was hoping he could talk them into helping him form the new league. His first call went to K.S. “Bud” Adams, an oilman friend of his father’s. Adams’ response has become legendary: “Hell, yeah!”

Hunt and Adams held a press conference in August 1959. They told the world about this newfangled football association, about the forthcoming Dallas Texans and Houston Oilers. Both men immediately set about luring talent away from the NFL. Adams signed running back Billy Cannon, the 1959 Heisman Trophy winner, away from the Los Angeles Rams. Hunt went after Abner Haynes, who had been a standout at North Texas State (now UNT).

“I told myself I didn’t want to go into this if it meant some kind of battle,” Hunt would say later. “Of course, this was one of the more naive thoughts in the history of pro sports.”

At a meeting in Dallas, at the Statler Hotel, the other new AFL owners officially made Hunt the league president. That same week, at a meeting in Miami, the NFL announced that there would be an expansion team coming to Dallas after all, starting play in 1960, just like the Texans and the AFL. The owner would be Clint Murchison Jr., another second-generation oil tycoon who lived in Hunt’s neighborhood. (In fact, despite the rivalry and direct competition, the two men would remain friends for years.) Murchison’s new NFL team, which would share the Cotton Bowl with the Texans for three seasons, would be called the Dallas Cowboys. 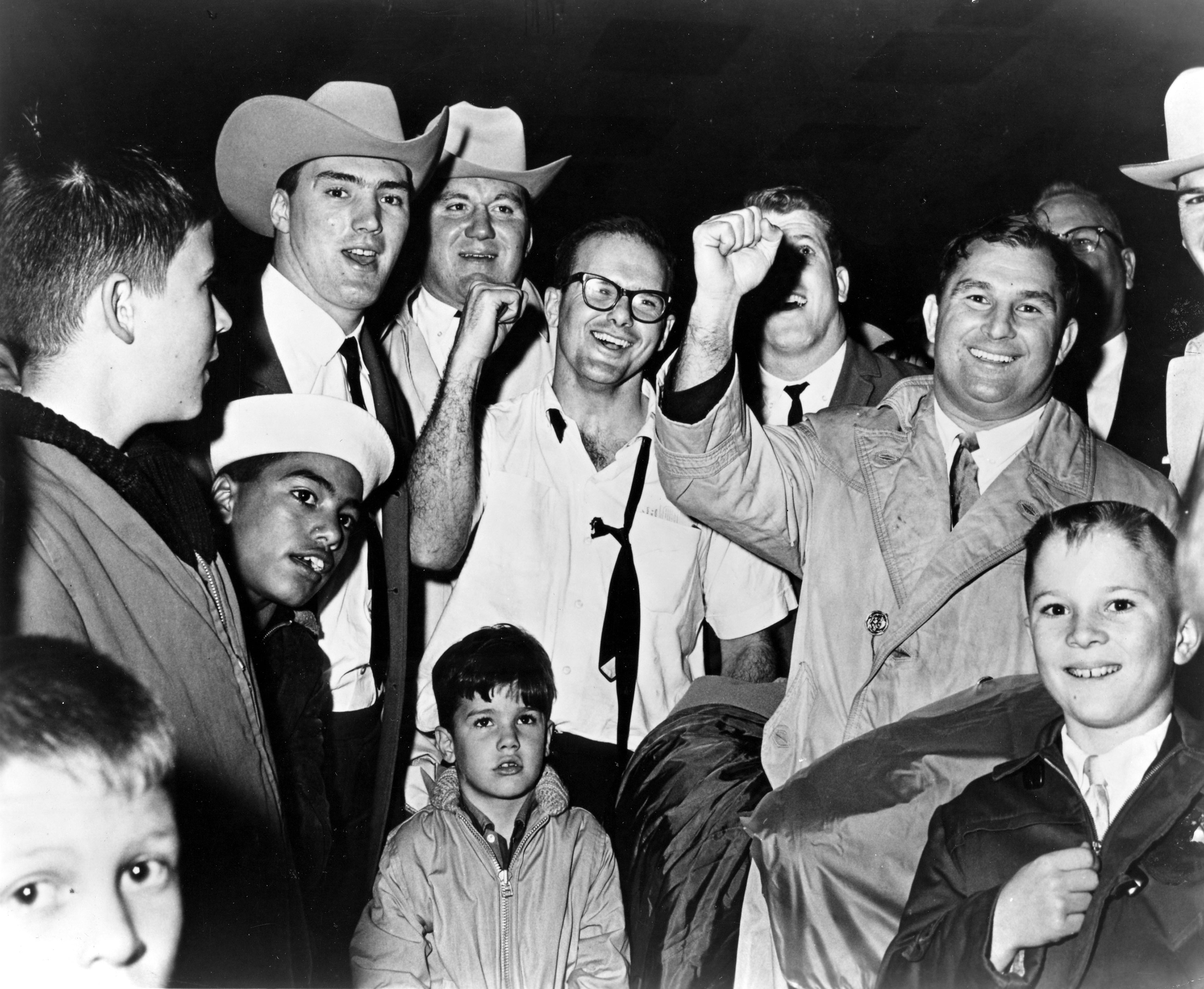 From 1960 to 1962, the Texans averaged 24,500 people per game, the best in the AFL (though not much of an achievement in a league struggling to find its footing). Despite their abysmal record, the Cowboys drew slightly bigger crowds, but neither team could come close to filling the 75,000-capacity stadium. Even the SMU Mustangs, who won only four games over that span, managed to attract more fans to the Cotton Bowl. There would be lawsuits filed against each other and fierce battles over players. As both franchises hemorrhaged money—estimates were around $1 million in losses for each team, every year—Murchison and the NFL proved unwilling to give up on Dallas. So, in May 1963, Hunt moved his team to Kansas City and changed the name to the Chiefs. As fast as the idea had come, the first successful pro football team in Dallas was gone.