The office cost $100 a month. It was on the fifth floor of the Blue Cross Blue Shield building in downtown Dallas. One room with one desk and one full-time employee—an ambitious, undersize 32-year-old with a crew cut and a Texarkana twang. In the summer of 1962, that was the entirety of Electronic Data Systems Corp., a company that would, in time, reshape the North Texas business landscape, both figuratively and literally.

But that would have been hard to imagine in 1962, even for Henry Ross Perot, the man who founded EDS that year using a $1,000 loan from his wife, Margot. Perot took a huge risk with EDS, quitting a lucrative sales job with IBM, where he’d worked since graduating from the Naval Academy in 1953 and spending the next four years at sea. IBM was the dominant player in the emerging information technology industry. It made the world’s best computers and employed the top programmers to run them. But Perot saw a niche that IBM was missing, and he began crisscrossing the country in search of business. He found none until his 78th sales call, at which he inked a $100,000 deal with a company in Cedar Rapids, Iowa. The deal gave EDS the cash to hire a full-time staff. A secretary came first, on November 12, 1963, 10 days before the assassination of President John F. Kennedy. Then Perot poached a couple of salespeople from IBM. But he still had just the one office and the one desk. So sales meetings with the new team were conducted while walking up and down Linden Lane, where the Perots and their two kids (there would be three more to come) lived in a two-bedroom house.

The company’s strategy was simple, even if it seems hard to fathom looking back at it from our i-era. At the time of EDS’ founding, big businesses had just begun using computers to process large amounts of data. Payrolls. Client lists. Assembly-line-production figures. To do this processing, someone needed to program big-box computers like the IBM 1401, which was nearly as large as Perot’s office in downtown Dallas. Programming often required manually entering data into the machines using cards that consisted of 80 columns of mostly single-digit numbers—rows of zeros, ones, twos, and so on. To speak the computer’s digital language, programmers used a separate machine to punch holes in the numbers on the cards. It sounds difficult and complicated, which is exactly how EDS wanted it to sound. 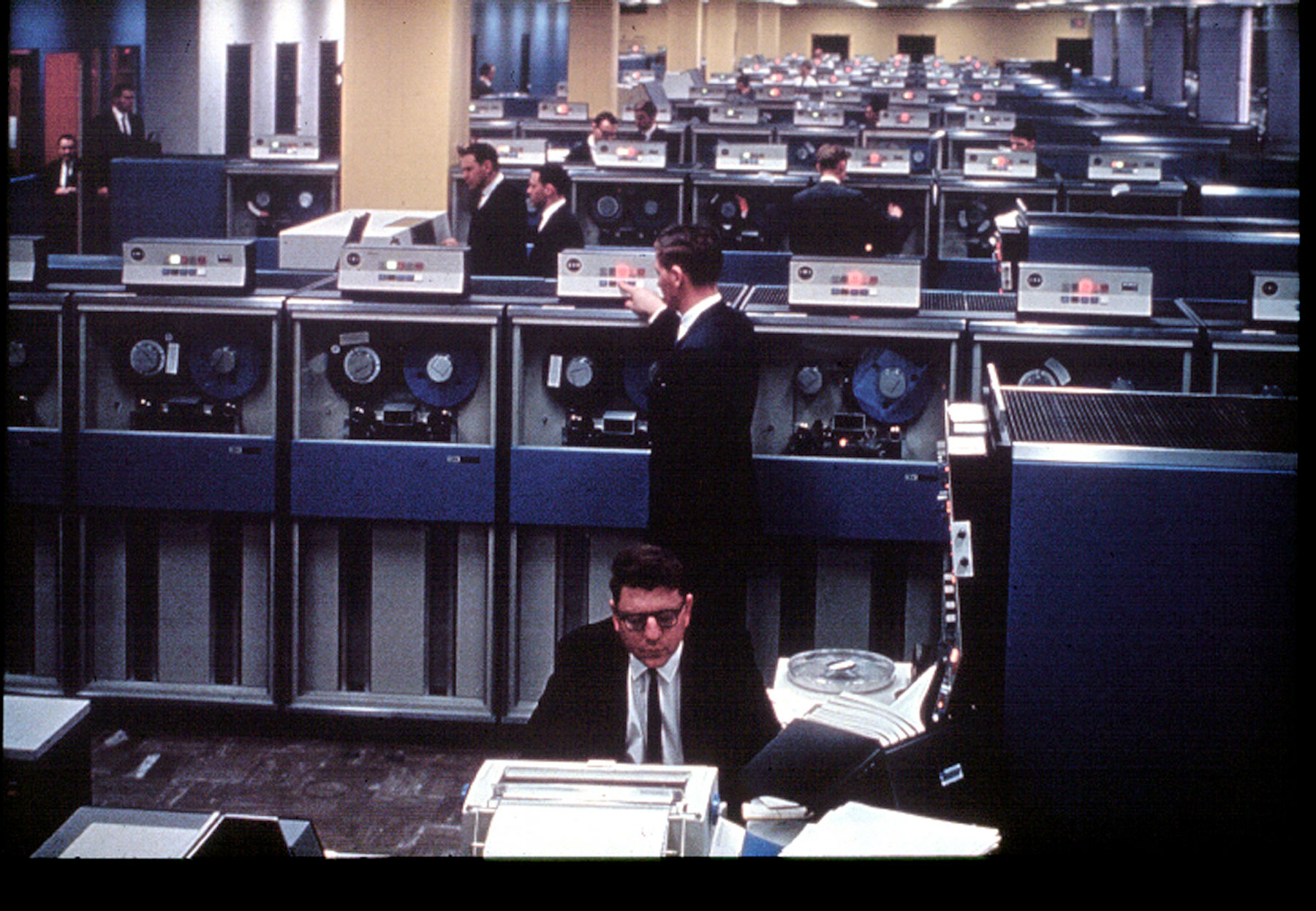 Inside EDS courtesy of Hillwood
In November 1963, when EDS had just a handful of employees, computer-processed data was coming into vogue because an IBM 1401 could spit out, say, financial projections a whole lot faster than could a team of bookkeepers. And, yet, because of their complexity, almost no one outside of the computer industry had any computer expertise. “Computers were feared,” an early EDS employee named Ken Scott told author Eric O’Keefe for his recent book about the history of EDS, A Unique One-Time Opportunity. “CEOs were afraid of them. They didn’t understand the lingo. The language changed too fast.”

So EDS stepped in, selling “solutions” to those confused executives. The company hired programmers and computer experts to design, implement, and oversee data-processing systems for customers in Dallas and around the country. It was a unique strategy for the times and for a city that counted ranchers and oilmen among its richest residents. As Forbes put it in a cover story earlier this year on Perot and his son H. Ross Perot Jr.: “In a state that traditionally generated wealth by working the land or exploiting what’s under it, Perot … understood the promise of computers.”

Still, Perot wasn’t entirely alone in that understanding. For one, Texas Instruments had been in business in Dallas since 1951 (and around since 1930, when it was called Geophysical Service Inc.). For another, in 1963, just as EDS was signing its first long-term data-processing deal with Dallas-based Frito-Lay, a company Perot would later lure to his Legacy Business Park, Sam Wyly was opening shop at University Computing. That firm offered EDS-style data-processing services, but it only offered them to scientists and engineers, which meant Wyly wasn’t directly competing with Perot. That may have been a smart move. The two were friends who had met when both sold computers for IBM. But Wyly, who, like Perot, is now a billionaire, has called Perot “the world’s greatest computer salesman.”

“The company Ross Perot founded didn’t just build a better mousetrap. EDS re-engineered the concept of what a mousetrap could do.”

But at EDS, Perot wasn’t selling computers. The company didn’t even own a computer in its early years. It leased them. At the time, room-size computers were owned either by large corporations, government agencies, or academic institutions. They might be in use during work hours, but overnight they’d sit idle. So Perot paid computer owners to let EDS use the machines in their downtime. The machines were spread out all over the country, meaning that EDS was, soon after its founding in 1962, a national firm.

Maybe that’s why, three decades later, for a story about Perot’s unsuccessful 1992 presidential run, an unnamed local Republican leader told this magazine that Perot “is not a Dallas guy.” By that, he seems to have meant that Perot didn’t care to be part of the city’s oligarchy of business leaders, those ranchers and oilmen with the insular focus on making money in and off of Dallas and the state of Texas. Perot’s vision for EDS, from the start, was national and international.

It was also innovative—constantly creating new “solutions” for all kinds of corporate customers and for Medicare and Medicaid, which would generate billions of dollars for EDS over the years. 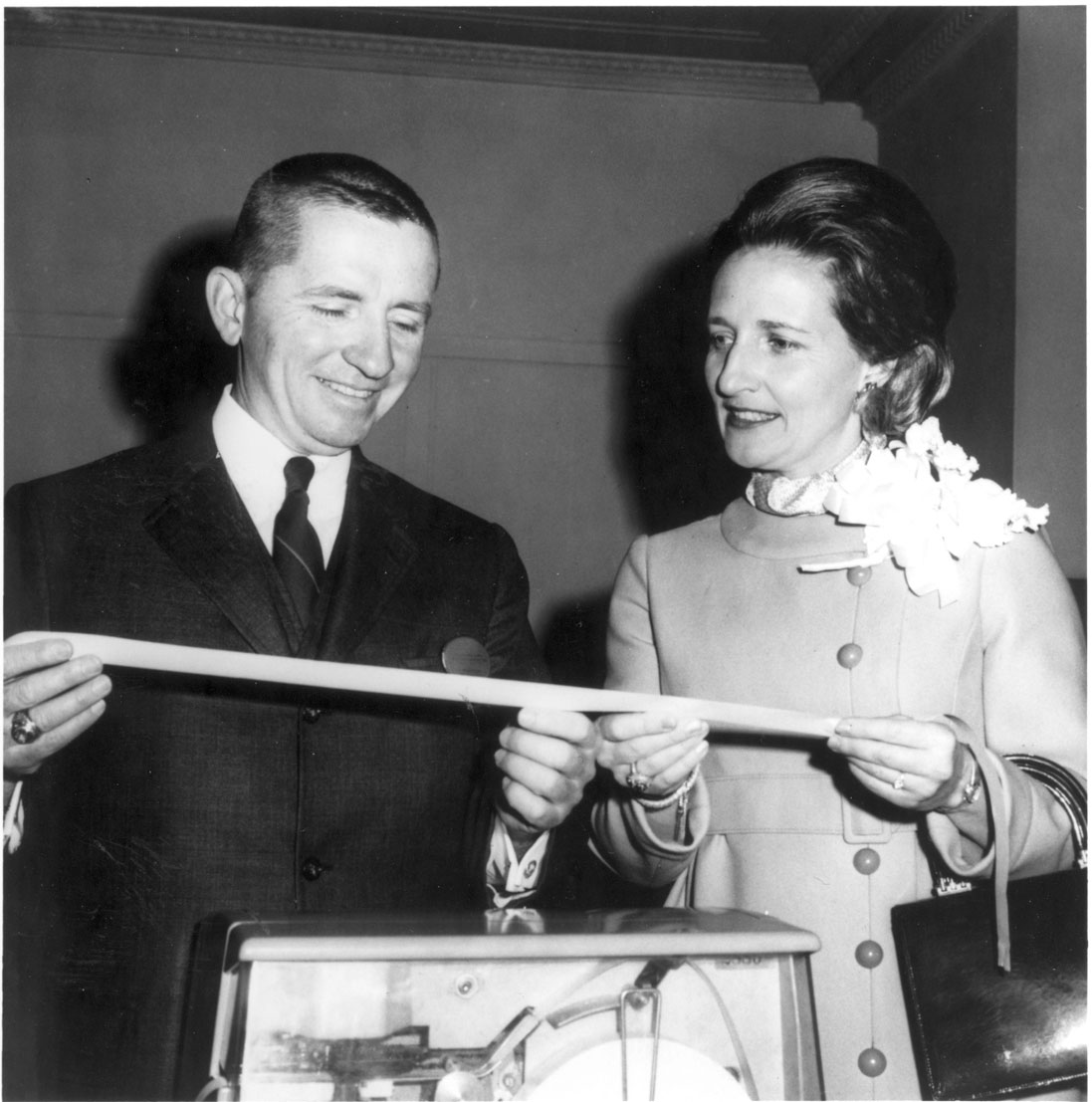 Perot and his wife, Margot. courtesy of Hillwood
“The company Ross Perot founded didn’t just build a better mousetrap,” O’Keefe says. “EDS re-engineered the concept of what a mousetrap could do. And it figured out how to do this at exactly the right time, when advances in technology and economic drivers, such as Medicare and Medicaid, powered quantum leaps in data processing.”

EDS’ value made quantum leaps, too. By 1968, the company, now occupying space in Exchange Park, was worth $2.4 million, and Perot took it public. The stock debuted at $16.50 a share, an offering that made Perot, the largest single shareholder, a billionaire. He was 38 years old. At that time, Fortune wrote that Perot’s stock offering was “the greatest personal coup in the history of American finance.”

In 1984, he sold the company to General Motors for $2.5 billion. Perot’s personal take was $800 million and a seat on GM’s board. Two years later, after Perot had publicly, and repeatedly, bashed GM’s management for what he saw as mistakes that could bankrupt the company, GM paid Perot another $700 million to resign from the board and sever all his ties with EDS.

The company continued on, reaching $17 billion in revenue at its peak. In 2008, after it was acquired by Hewlett-Packard, EDS ceased to be. But its influence is still being felt. Last year, the Dallas Morning News said, “No homegrown company has done more to shape the business and civic landscape of North Texas than Electronic Data Systems.”

That’s true for many reasons, not the least of which is that EDS drew thousands of tech-savvy workers to North Texas for decades, changing the demographics of the local workforce. But EDS mainly reshaped the landscape because it made Ross Perot a billionaire, and Perot leveraged that fortune to make another billion with Perot Systems; to launch an unsuccessful yet historic and disruptive run for president; and to begin the business career of his son, H. Ross Perot Jr., a man who, now, is also a billionaire and whose AllianceTexas has made a significant mark on thousands of acres of once-vacant prairie land in Fort Worth, just as his father, with Legacy Business Park, made his mark on thousands of acres of once-vacant prairie land in Plano. 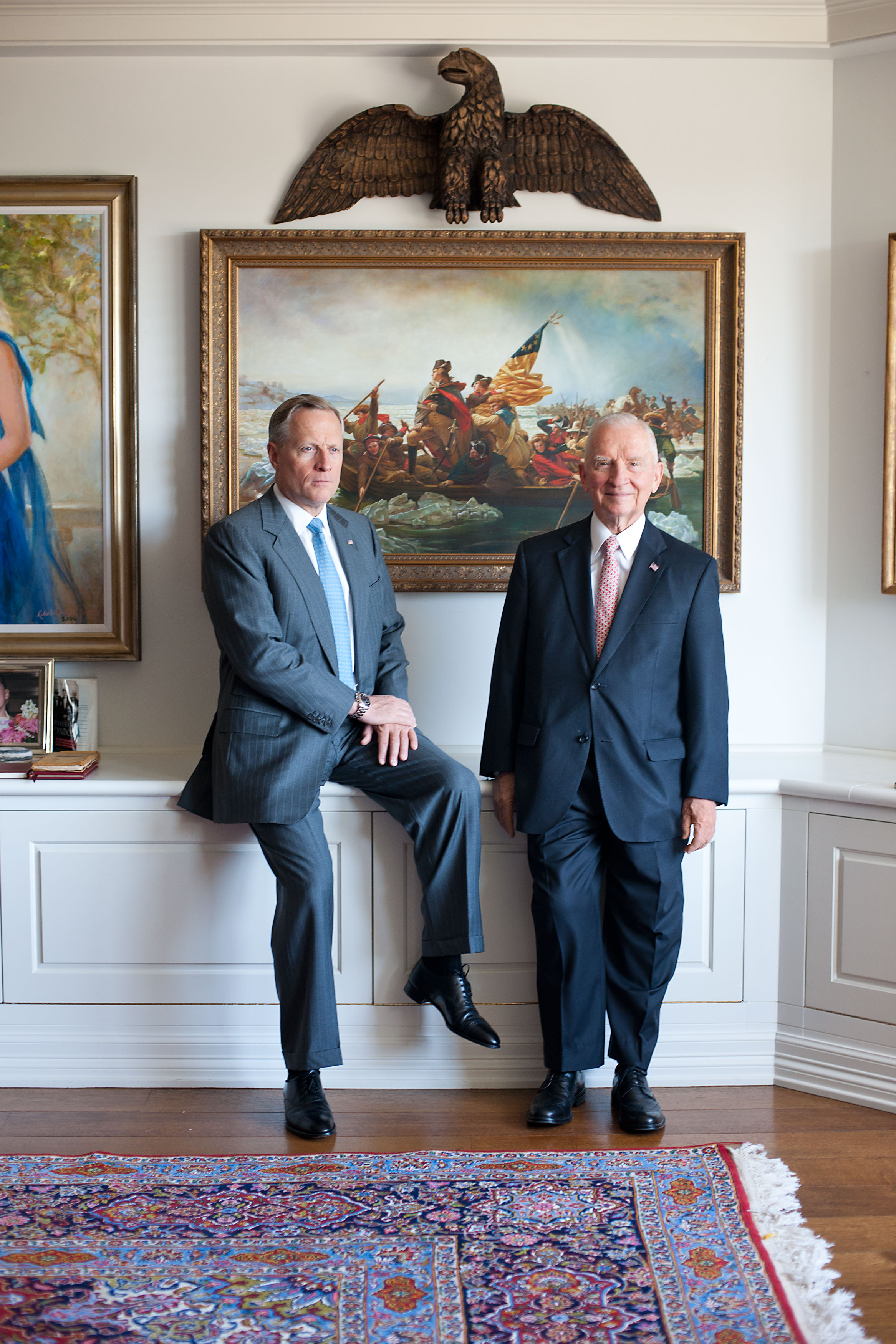 He still goes to the office every day in a suit and tie. The lapels and the ties are wider these days, but Perot is basically wearing the same uniform that he famously required of his EDS employees. Dark suits, ties, and white shirts. Always white.

But while his uniform may be the same today, Perot’s work is much different. Since he sold Perot Systems to Dell in 2009 for $3.9 billion, he has mainly focused on his charitable work (his eponymous foundation has given away some $200 million) and on his legacy. An updated autobiography is due out in 2015. Along with the story of EDS, it will almost certainly detail the prison break he engineered in 1978 to free two of his employees from an Iranian jail. Maybe it’ll go into his 1983 chairmanship of the statewide commission on education reform that resulted in Texas’ “No Pass, No Play” rules. Certainly it will detail the sale of EDS to GM, the subsequent fallout, the founding of Perot Systems, the development of Legacy, and the presidential runs. And perhaps it will conclude with the fact that Perot’s five children, enriched by what Margot’s $1,000 check began back in 1962, gave $50 million of their own money to name a new building in downtown Dallas in honor of their parents. The Perot Museum of Nature and Science describes itself as “the building that will launch a million dreams.”

Only a million? For the founder of EDS, a company that changed Dallas, that hardly seems ambitious enough.