At the Dallas Museum of Art’s April gala fundraiser, the Art Ball, patrons were treated to a lavishly produced video spoof based on the PBS drama series Downton Abbey, calledDowntown Artsy. In the seven-minute video, Dallas’ most prominent cultural philanthropists took part in what might be called a social-class drag show—a wealthy car dealer plays a butler, for example. Even Mayor Mike Rawlings takes a subordinate role, playing the valet to the DMA’s new director, Maxwell Anderson. The plot involves “Lord” Anderson’s efforts to open the museum—reimagined as an English country manor—to the general public for free, just as he did with the actual DMA in January.

If the video fails as farce, it is because farce is fueled by hyperbole, and Downtown Artsycomes across as a realistic metaphor for how many art museums actually function: as civic institutions governed by plutocracies. And yet, anyone familiar with Dallas’ cultural history can’t help but see something else in the video: a more nuanced take on 50 years of tension between the public art museum and its wealthy backers.

It’s likely that people who visited the DMA in 1963 wouldn’t recognize the institution today. For one, it was then called the Dallas Museum of Fine Arts and located in Fair Park. Led by the prominent Dallas artist Jerry Bywaters, the DMFA was a modest-size American art museum focused on building an encyclopedic collection while promoting and supporting the art of the Southwest and cultivating and exhibiting regional artists. 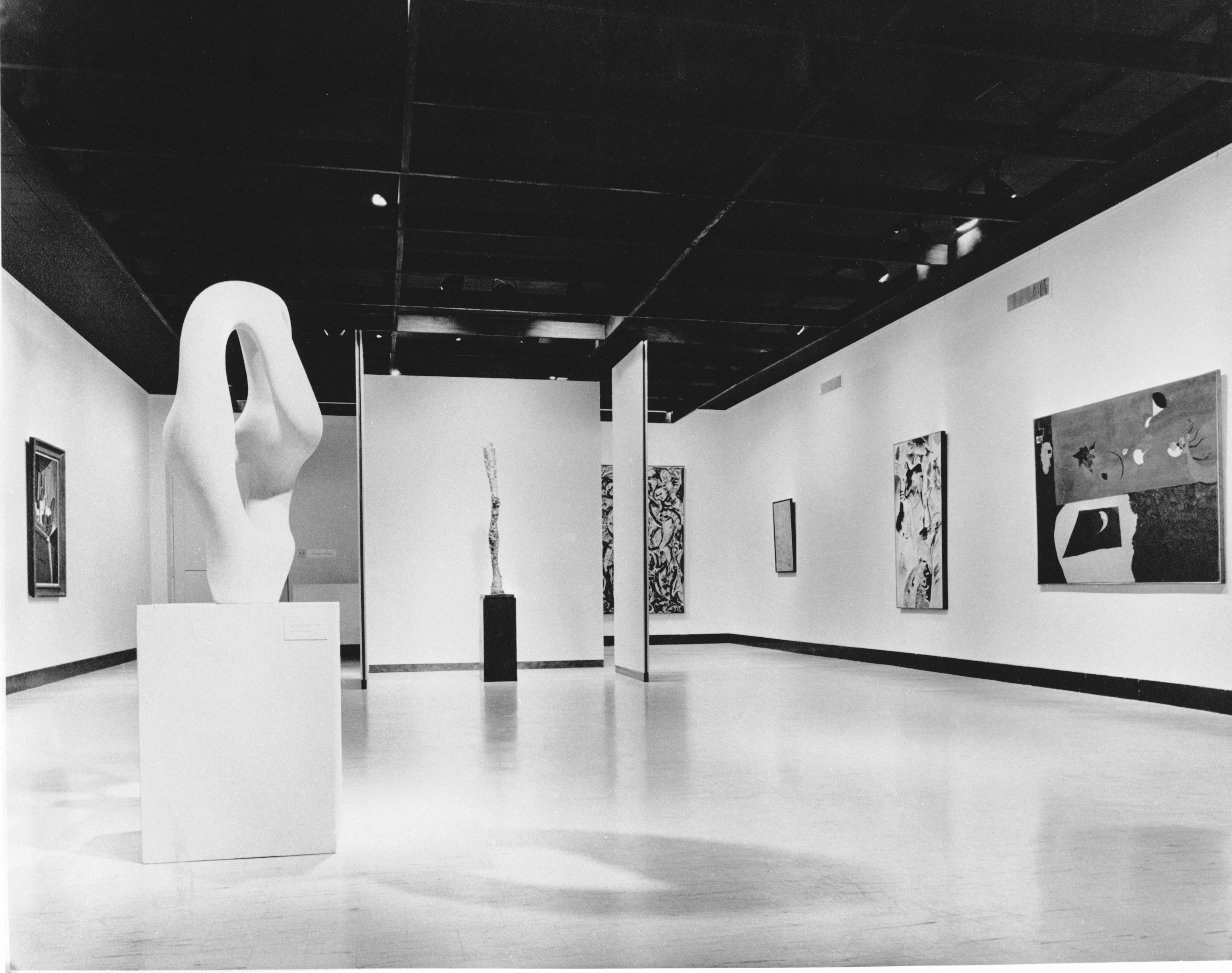 In the early 1960s, new wealth and ease of travel gave birth to art collectors who were interested in trends emerging out of Europe and New York. This created a peculiar cultural mix in Dallas, no better represented than by the controversy that surrounded a seemingly benign exhibition of modern masters, such as Pablo Picasso and Diego Rivera, at the DMFA in 1955. In March of that year, a local women’s group, flush with the spirit of McCarthyism, derided the museum for supporting artists it accused of being communists. The museum stood its ground, but the public protest spooked the patron class. A number of prominent collectors left the museum’s board and privately funded a new institution, the Dallas Museum for Contemporary Arts.

The Dallas Museum for Contemporary Arts was certainly poised to win Dallas cachet as a progressive, cultured city. The new museum mounted some of the first exhibitions in Dallas featuring towering artistic figures such as Georges Braque, Henri Matisse, and Maurice de Vlaminck. In 1959, the museum hired respected curator Douglas MacAgy, who staged important shows by the surrealist René Magritte and early pop artist Claes Oldenburg. Significantly, MacAgy also found and cultivated local artists. Works by Texas artists such as Jim Love and David McManaway were included in an exhibition that traveled to the Museum of Modern Art in New York. But despite its artistic success, the new museum struggled to compete for funds with the older and more established Dallas Museum of Fine Arts. 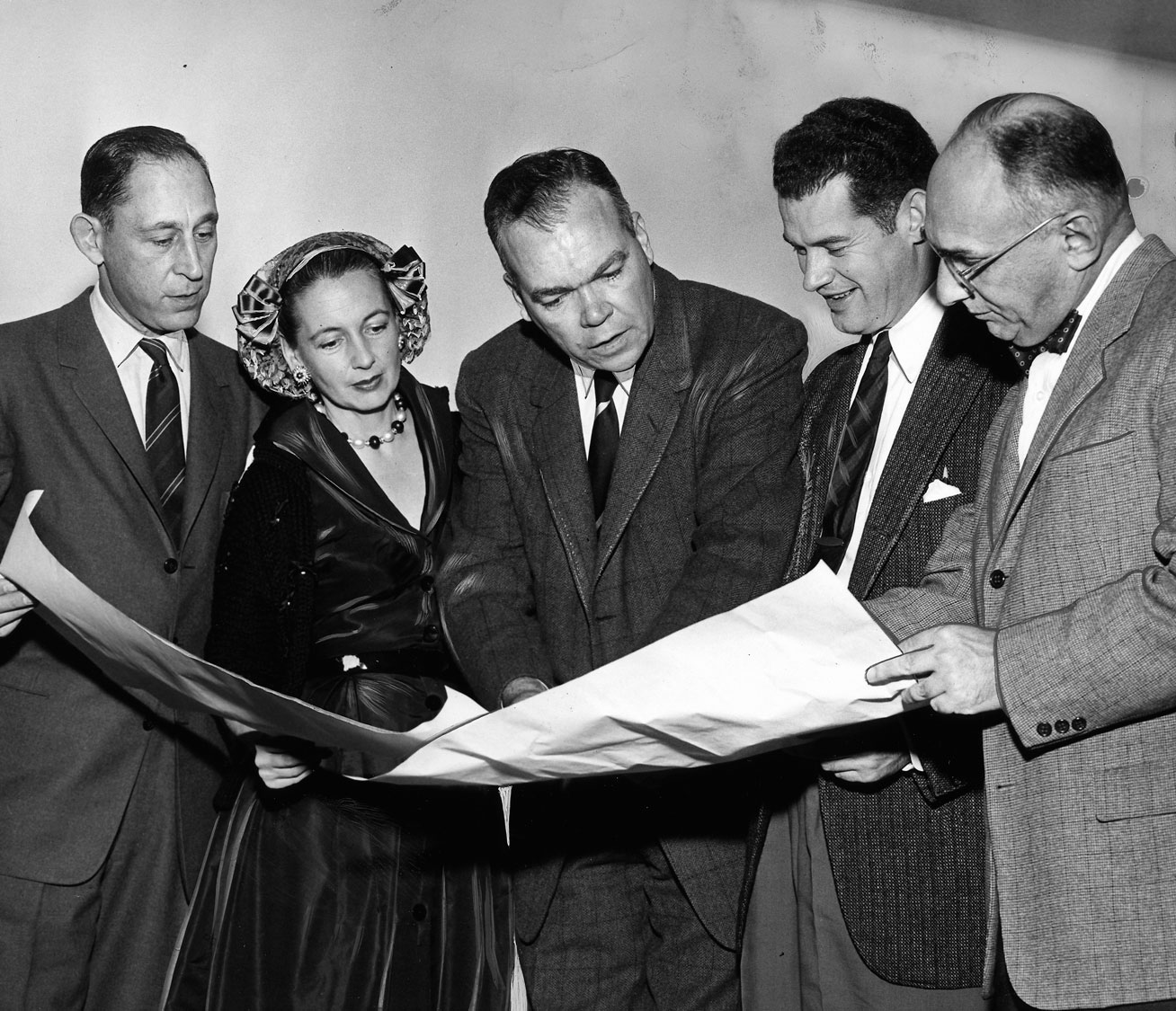 DMCA president Edward Marcus and trustees Betty Blake, Bernard Brister, Peter Wolfe, and Howard Mayer.
Finally, in the spring of 1963, the two museums merged. The board was enlarged to absorb the prodigal patrons, but there was still concern about the contemporary museum’s collection, which might be too progressive for some of the old guard. A compromise was struck. The Foundation for the Arts was created, a private endowment that would retain ownership of the DMCA’s collection, as well as solicit funds and purchase contemporary work on behalf of the museum. Thus, an uneasy partnership was born: a private foundation existing inside a public museum.

This private-public model has enabled the DMA to become a museum with collections, facilities, and significance that far outstrips the institution that existed in 1963. But in this funding model, patronage becomes a kind of ownership. I was reminded of this just two years ago when a very powerful collector told me he hated hearing criticism of the museum by people who don’t have “skin in the game.” In Dallas, money lends authority to one’s opinion. Culture is a pay-to-play sport.

The last scene in Downtown Artsy is its most fascinating. The curators and patrons of the museum play the extended family of Lord Anderson, gathered around to celebrate the opening of the museum to the people. “It’s the people of this city that are to be congratulated,” Lord Anderson says. It is a loaded statement, suggesting simultaneously that we, the riffraff masses, have finally matured beyond the knee-jerk yokels we once were. But the line is also meant to be tongue-in-cheek, a self-satirizing suggestion that the patron class also recognizes its outmoded disposition. Perhaps, after 50 years, the patron class is ready to trust the public.