If you were asked to draw a picture of a cowboy, you’d end up drawing Buck Uptmor.

Short and bandy-legged, with the permanently ruddy complexion of a man who spent much of his 45 years in a saddle, he looked exactly like a guy named Buck should look. It runs in the family. His younger brother, Brian, is short, too, but built like a fire hydrant. People call Brian “Peanut.” The Uptmors grew up in and around the tiny town of West, Texas, about an hour south of Dallas. Buck stayed in West and ran his own fencing and welding company. Brian left shortly after high school to fight fires.

For a month shy of 11 years, Brian was a firefighter-paramedic in Killeen, near Fort Hood. “Firefighter, it’s the greatest job in the world—if you’re single,” he says. He’d work 24 hours, then have 48 off. He’d finish his shift, go have breakfast with his crew, go to the gym, sleep, return to the gym, then get cleaned up and go out drinking with his fellow firefighters.

Then he got married, had a couple of daughters, and it wasn’t the best job to have anymore. His mother was going to sell a piece of his grandfather’s land in Tours, a tiny town that hugs the east side of West, so Brian bought it to keep it in the family, built a house in 2007, retired from the fire department, and moved his wife and daughters there. He took a job selling cars at a Ford dealership in West. But when there is a pasture fire, or maybe someone is hurt, Brian still gets calls. He has all his certifications, even if he doesn’t do it for a living anymore.

On Wednesday, April 17, about 7:30 in the evening, Brian got one of those calls. He was picking up his girls from St. Martin Parish in Tours. They were at their CCE class, the weekly catechism course most Catholic kids attend. His phone rang, but he figured he could call back whoever it was after he’d delivered his daughters safely home. The phone rang again, so he pulled into a parking lot to see who it was.

The first call had come from Ted Uptmore Jr. There are many people with that surname in West; some spell it with an “e,” and some don’t. Uptmore’s father is the general manager at West Fertilizer Co., where he has worked for five decades. Now Ted’s wife, Sherry, was on the phone: “Brian, fertilizer plant’s on fire! Ted wants you up here.” 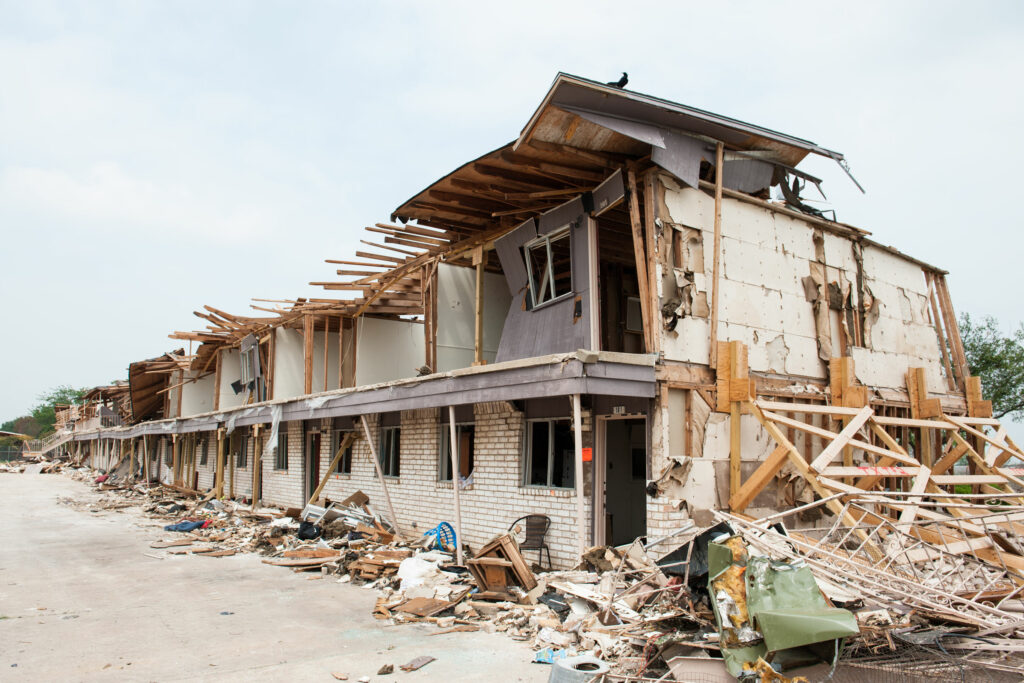 The apartment building across the railroad tracks from the plant.
Sheryl Lanzel

West Fertilizer Co. opened in 1962 on a sprawling site hard by the railroad tracks on what was then the northernmost edge of town. It only employed a dozen or so people, but in a farming community like West, it was an important business, if only for the sake of convenience. It saved the farmers from having to make a trip to Waco or Hillsboro.

The core of the facility was a 13,000-square-foot wooden building that stored solid fertilizer, such as ammonium nitrate, and two 12,000-gallon metal tanks that held anhydrous ammonia. A fleet of tanker trucks was generally parked outside, and a railroad spur led to the main tracks so that railcars could be loaded and unloaded. When it was built, the plant was surrounded by empty fields, some of which were used as pasture for horses and cattle.

Soon, though, the town migrated north, into the open countryside, growing up around West Fertilizer Co. In 1986, when West Texas Middle School opened its doors just across the railroad tracks, the plant was surrounded by development. West City Park, with its swing set and outdoor basketball court, sat only a few hundred feet away. On the other side of the park from the plant, there was a small apartment building. Behind that was the West Rest Haven nursing home. The rest of those old fields were filled in with ranch-style houses built where Reagan and Davis streets once ended. I grew up in one of those houses.

For most of the residents, West Fertilizer Co. had been there so long that it practically felt like part of the natural landscape. No one thought about what was coming in and out of there every day on the railroad tracks. People only noticed the smell occasionally, and if you lived there long enough—almost everyone did—the unmistakable scent of ammonia became a fact of life, too.

At 7:49 pm, 20 minutes after the initial call had gone out about a fire at West Fertilizer Co., the building began to collapse. Falling heavy debris detonated about 30 tons of ammonium nitrate, enough to fill a third of a railcar. The energy released was the equivalent of almost 20,000 pounds of dynamite.

The explosion was so powerful that the U.S. Geological Survey near Lake Whitney registered it as a 2.1-magnitude earthquake. It left a crater almost 100 feet wide and 10 feet deep, blowing through the plant’s three-foot-thick cement foundation. The mushroom cloud that resulted was visible from Arlington, 80 miles away.

The explosion spit fire and hot metal into the surrounding area, burning three homes to the ground and melting a large portion of nearby West Intermediate School. Debris from the plant was later found 2.5 miles away. The apartment building across the railroad tracks became a charred skeleton, open to the front and back, its contents shaken out on both sides.

Jagged shards of tin knifed through the air, hunks of thick pipe tumbled from the sky, and massive chunks of concrete crashed through walls and roofs. The majority of the houses in a five-block radius were rocked by forces acting in two directions. First, a shockwave of energy traveling in excess of 7,000 mph snapped wall studs and ceiling rafters and shattered glass windows and doors. Then a vacuum sucked everything back toward ground zero, yanking down sheetrock and insulation and caving in roofs.

The explosion killed 15 people, injured 200 others, destroyed 161 houses and damaged almost 175 more. It is something like a miracle that those numbers are so low. The fertilizer plant stored a total of 150 tons of ammonium nitrate: the wooden building housed about 50 tons, and another 100 or so sat in a nearby railcar. The explosion could have been five times more powerful than it was, if everything had ignited.

The railroad tracks almost certainly saved lives. They were built atop a six-foot embankment that deflected upward some of the explosion’s energy as it traveled from the plant toward the apartments and the nursing home and the neighborhood.

“If the railroad track wouldn’t have been there, everybody in the rest home—forget hurt. Dead,” Brian says. “Dead, dude. We’d still be having funerals, okay?”