Lochwood
This is a neighborhood that, unless you live here, requires a GPS refresher every time you visit. Bordered to the north by Northwest Highway, to the south by Garland Road, the west by East Lake Highlands Drive/Easton Road, and the east by Jupiter Road, Lochwood seems to be trying to out-Austin East Dallas. Residents are drawn to the good deals they can get on midcentury modern homes (average prices in the $250,000 range) and nature—mature trees, creeks, and coyotes and kids running free (not necessarily at the same time). An influx of cool places to hang in the area (Goodfriend Beer Garden & Burger House, Good 2 Go Taco, White Rock Abbey, and 20 Feet Seafood Joint) has locals happily staying in the area. Note to visitors: drunk patrons are less welcome on residential streets than the coyotes.

Canyon Creek
The community in Richardson’s Canyon Creek is Lakewood close: neighbors run into each other at Shady’s Burger Joint or Sweet Firefly for ice cream, says Cody Jones, a marketing executive who moved into the neighborhood with his family nine years ago. They wave from the curb at the Fourth of July parade, and much of life centers on the Canyon Creek Country Club. The prices are Highland Park high (for Richardson, at least): ranging from $200,000 to $2 million. Most were built in the late 1960s through the ’70s, and residents are more inclined to trade up or down than move out. The 2,800-home community that sits between Central Expressway and UTD, from Campbell Road up to Renner Road, features mostly ranch-style houses. Locals eat outside at the II Creeks Plaza shopping center, mingling in and out of restaurants. Kind of like Lower Greenville, but with fewer bars. 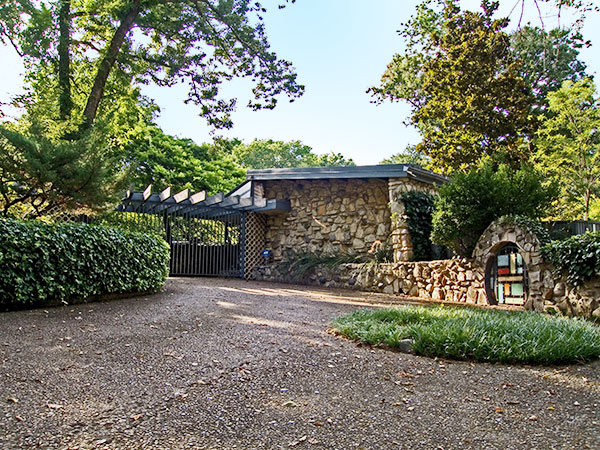 Jan Mar
Jan Mar
Jan Mar is a small Preston Hollow-ish neighborhood with a weird name. (It’s easily explained: the developer’s daughters were named Janet and Margaret.) The neighborhood comprises about 200 homes south of Forest Lane, west of the White Rock Creek easement, north of Mason Dells and Baxtershire drives, and east of Hillcrest Avenue. The homes are called “estates,” average $736,000, and sit on lots of a third of an acre or larger, with more wildlife—owls, coyotes, the occasional bobcat—than you’d expect. Original homes here are from the 1950s and ’60s, most ranches or midcenturies, many lovingly remodeled. Its most famous property is the Round House, by architect Bruce Goff, on Baxtershire Drive. It has its own Facebook page. True story.

Kiestwood
Some say Kiestwood’s gentrification started when gay and lesbian couples moved into this Oak Cliff neighborhood. Raymond Crawford, who grew up here and returned with his partner to his family home after his parents died, says Kiestwood never went through a sketchy period. “It’s a Leave It to Beaver neighborhood,” Crawford says. Though mostly without any children. Prices here are less than $200,000, some well less than that price point. Two on the market in June were listed for $141,000 and $138,900. For three-bedroom homes. With big yards. A quick drive from the Bishop Arts District, Kiestwood was developed between 1950 and 1965. Each of the 410 homes sits on a quarter-acre lot. The neighborhood is the largest intact group of midcentury, ranch-style homes in Dallas, with a few fun, Dilbeck-inspired homes to keep things interesting. Proof of its longevity: 19 percent of residents were original homeowners or have lived there for more than 25 years. 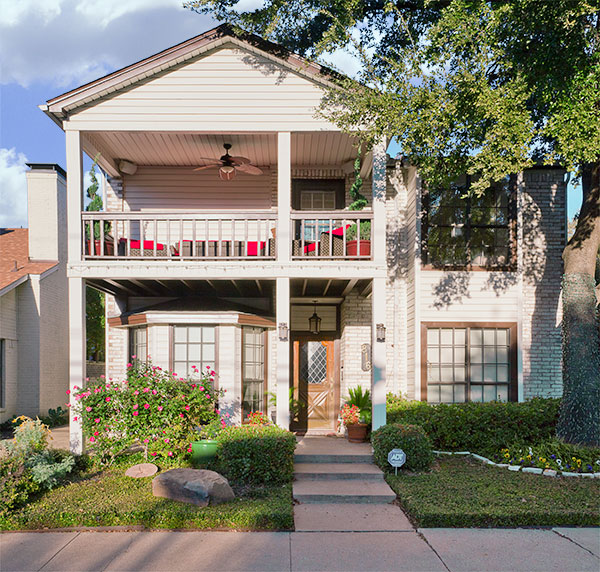 Bryan Place
Bryan Place
Bryan Place is one of Dallas’ strangest neighborhoods. The original 1980s Fox & Jacobs brochure describes it as a “stylish downtown neighborhood in the shadow of skyscrapers.” It has a suburban feel, yet is perfectly urban. This is a walkable neighborhood, with zero-lot garden homes and townhouses priced at an average of $220,000. Bryan Place sits east of downtown, within the boundaries of Ross Avenue, Live Oak and North Washington streets, and Central. The Arts District is just a 10-minute walk away. As more people embrace downtown, yet aren’t ready for full-on skyscraper living, Bryan Place offers a unique option: a proper house that’s extremely convenient—with no yardwork.