Like so many Dallasites who discovered the Starck Club in the 1980s, Michael Cain heard about it through a hairdresser. The hairdressers were the unofficial ambassadors for the club. They would tell clients about it or invite other hairdressers. Perhaps most importantly, the hairdressers could tailor their clients’ style to the exacting standards of the fashionable club, a place unheard of in the Dallas of 30 years ago. The door was watched by a French society figure who had partied with Andy Warhol. He made sure that no one got into Starck looking like a humdrum Texan.

Cain and his cohorts that night were dressed well enough to get in, even if they came plowing into the parking lot in front of the club’s out-of-the-way locale (tucked under the Woodall Rodgers Freeway) in a big Ford Bronco with Arkansas plates. Cain had drummed up a small posse to see if the rumors were true: that the Starck Club offered celebrities, hot girls, hot guys, and lots of drugs—all set to a soundtrack that ditched songs as soon as they made their way out of the club and onto the radio.

At the time, Cain, who has gone on to become an award-winning filmmaker and founder of the Deep Ellum Film Festival and founding artistic director of the Dallas International Film Festival, was just a young real estate broker riding the wave of Dallas’ savings and loan-fueled boom. But that night changed his life.
Cain grew up in Garland, a long way from the pit that served as the main dance floor in the Philippe Starck-designed club. “I had no idea that this could exist,” Cain says. “I thought, ‘I’m in a museum of people.’ Each section was a marvel. I knew immediately I was not going to continue my real estate career.”

Nearly 25 years later, Cain is a graduate of the American Film Institute, a filmmaker who took home the Special Jury Prize at the 2006 Sundance Film Festival for his documentary TV Junkie, and a man on a mission to preach to the world the historic significance of that hopping club that changed his life. His new documentary, The Starck Project, will have its unofficial world premiere in Dallas this month.

Like Cain, just about everyone who went to the Starck Club seems to have his own story about the experience. (Cain set up a website soliciting such tales to aid with the production of the fi lm.) But telling the Starck’s story offers a tricky challenge. What really is the club’s significance? As a music venue, it is perhaps a footnote. As a cultural touchstone, it is symbolic of the rollicking 1980s. Perhaps the Starck Club is best known as the place where a new drug called MDMA pro-liferated and took hold, eventually (under the name ecstasy) becoming synonymous with raver culture.

Cain and his production team, which includes co-director Miles Hargrove, have been interviewing people since 2009, everyone from the celebs who frequented the joint to the Dallas partiers who, like Cain, had their minds blown or their lives changed by the club. The movie has gone through numerous cuts and revisions. The cut of the Starck film I saw struggles to balance all these tangents. There are interviews with celebrities and musicians (from Owen Wilson to New Order’s Peter Hook) who extol the club’s lasting influence. There is a retelling of the growing resentment from the DEA and Dallas authorities that eventually led to the club being raided after ecstasy was made illegal in 1985. There are testimonies from the everyday Dallas residents who were perhaps best served by the club, a place where a dressedup girl from Richardson could rub elbows on the dance floor with the wealthiest residents in the city and some of the biggest stars on the planet.

But what can’t be overstated is the nightclub’s influence on the city that spawned it. “The city was changing,” Cain says of Dallas in the era of Starck. “It was figuring out what it was.”

Actor Thomas Haden Church was a North Texas State student then, working the concierge desk at the Adolphus, dragging the celebrities who were in town to the club every night. A new movie studio in Las Colinas had just opened, and Oliver Stone and David Byrne were seen about town making films. Just a few years after the Sex Pistols famously jaunted through the Longhorn Ballroom to serve as a punch line on a WFAA nightly newscast, Dallas suddenly found the rest of the world rushing in behind. 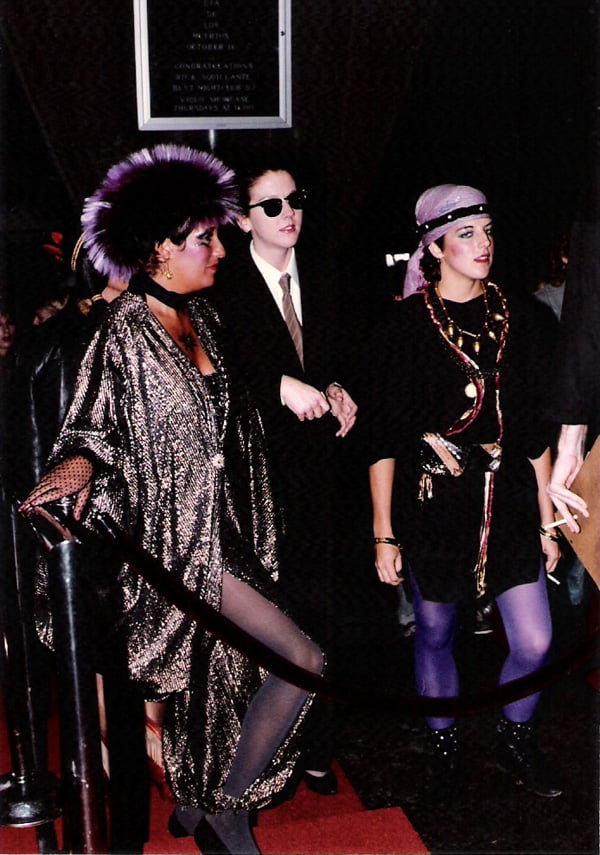 24-hour party people Courtesy of Michael Cain
“You had sexual freedom, which had come out of the ’70s, and the drug culture was still going on,” Cain says. “At that point you could have a party in Highland Park and someone might have cocaine on the tray and no one would think a thing of it.”

There were certainly plenty of factors exterior to the nightclub that fueled the city’s character change in the 1980s, but the Starck Club represents a moment when music, dancing, and drugs found a common denominator among this city’s segregated subcommunities— where the rich and nonrich, white and black, gay and straight blended in a sleek, Bauhaus-inspired room designed by a Frenchman to facilitate the blending. Opening in late 1984, just 20 years after the assassination of John F. Kennedy, Starck helped knock off Dallas’ Stetson.

“You can’t put the genie back in the bottle on Starck. It’s impossible,” says Wade Hampton, aka WISH FM, a musician, DJ, and one of the producers on The Starck Project. He traces his own music career back to his days as a teenage club kid stealing expensive cars from the valet stand at Starck and driving them to the after-party. What Starck started has spread out, splintered, and diluted. Perhaps some of the nostalgia for the club is rooted in the fact that at the time all this social upheaval was taking place where anyone with the right wardrobe and haircut could access it. 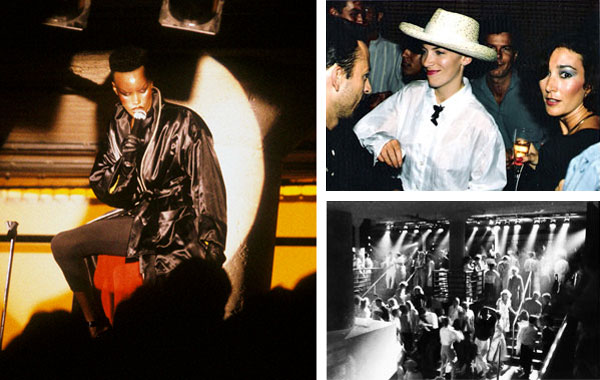 Celebrities like Grace Jones (left) and Annie Lennox (top right) made the Starck Club the place to go in the ’80s. Courtesy of Michael Cain
That’s why the most fascinating story in the history of the Starck Club springs not from the testimonies or the uncorked libidos, the liberalizing social attitudes, or the spread of new music or drugs. Rather, it’s the tale of Blake Woodall, the young kid from a wealthy Preston Hollow family who had the harebrained idea to start the club in the first place. It was Woodall’s vision to invest an ungodly amount of money in a club, to hire European designers, to build a club to exacting standards, running way over budget and opening years behind schedule. Woodall took a Dallas approach to civic projects—import the brightest and the boldest—and applied it in an unprecedented way to youth culture.

But then, after years living at the epicenter of Starck’s wild social scene (and developing a nasty drug addiction in the process), Woodall left the nightlife business. He took a job with his family’s company. These days, Woodall is a devout Christian, and the former club owner sits on the board of Redeemer Seminary. It took Cain years to get his blessing on the documentary.

“He had to look back and say, ‘Do I want people to know this person that I was?’ ” Cain says.

It is Woodall’s character—the liberalizing shaman reincarnated as the penitent showman— that really completes the Starck Club’s story as a portrait of Dallas culture. Woodall is an intriguing, contradictory figure, and his reformed life makes us wonder. In Dallas, genies sometimes do try to put themselves back in the bottle.