Where else can your kiddo hand-feed a giraffe at eye level; run around on 106 acres of beautiful, well-maintained park, where a different critter awaits at every turn; then cool off in a stream while you sit in the shade and enjoy a lunch that you were wise enough to pack beforehand? We’ve never left the Dallas Zoo without a smile and good memories.

For three years, Daniel Vaughn, architect by trade, has logged thousands of miles on weekends and vacations driving around the great state of Texas (and beyond) and eating barbecue. He chronicles the best and worst of his gustatory adventures on his website, writing under the pseudonym BBQ Snob. Quite simply, he is a freak. And he knows his meat. fullcustomgospelbbq.com.
Readers’ Pick: I Live in Dallas

It seems like every year Marty Walker’s space on the outskirts of the Design District gets smaller and smaller. This past year, the gallery renovated its main exhibition room, limiting the space. Playing the less-is-more card, Walker managed a string of shows that included some of Dallas’ better young artists, including Bret Slater, Jesse Morgan Barnett, and Sarah Williams, and used her little project room to program a number of video pieces by artists like Will Lamson and Kevin Cooley. The gallery has lost a few stable artists due to the downsizing, and so, though it has been impressive to see what Walker has done given the limitations, let’s hope this coming year sees a reversal in the trend.

If Dallas’ art scene needed one thing, it was a scruffy, flexible alternative art space, the kind of gallery room that could host paintings and machines, parties and projects, show students and young and emerging artists, and all within a critical framework that ensured a certain quality and consistent intellectual rigor. That’s Oliver Francis. Artist and operator Kevin Jacobs has given local artists something of a community nexus point and a shared, open-source project space.

Next time you’re in the Meyerson, take a moment to feel how the building moves you through the lobby. Notice the careful attention that was paid during construction to the tiniest details: the ribbing of the marble, the stair railings. Note the quality of light, the subtle interplay of exteriors and interiors that continues as you move around the ovular hall. You’d be hard-pressed to find a more perfectly conceived and crafted building in Dallas.

Anniversaries offer an opportunity to take stock of what you have accomplished. For the Dallas Black Dance Theatre, the company has grown over 35 years into one of the country’s premier contemporary dance outfits, marking that achievement this past year by launching its very first New York season and getting invited to perform again at the Olympics. Creative director Ann Williams continually takes her company to new horizons.

Unlike many rock acts, The Blurries do not get your attention by force. They ask almost politely, though their subtlety does not dilute their memorable pop. The group’s nice-guy attitude and brilliantly ringing guitars have earned it a diverse following, the respect of peers, and the distinction of being the most deservingly well-liked band in Dallas.

Matthew Posey cuts a profile as Dallas’ resident bohemian theater savant. He writes, directs, acts, and produces plays staged at Ochre House, his little storefront theater near Fair Park. He wears a handful of other hats, too, from lighting designer to set designer. This year’s offerings have been wonderful—from The Butcher, a ravishingly entertaining and blood-spattered serial killer musical, to Morphing, a dark and deft deconstruction of Eugene O’Neill’s Long Day’s Journey Into Night.

For Tennessee Williams’ little-performed melancholic comedy, director René Moreno and his cast and crew eschewed easy sentimentality. We felt the oppressive heat of a stormy summer night in Mexico, the seemingly random calamity of living, and the anxiety and depression that come with it. The most these characters could hope for was a moment of understanding. Iguana provided similar unsettling comfort for us. Rain soaked the end of act one, and we knew we were watching something unforgettable.

35 Denton is helping to attract Austin-size attention to a rather small area without making the same pandering, mainstream concessions that other local festivals do. Some of the booking is nearly historic in nature. For instance, the fest brought in a band, the Raincoats, to play their first-ever Texas date even though they have existed for more than 30 years. It’s a rare thing when we can have such a large-scale multi-day event, and there is not a shred of the campy folksiness associated with so many of our other regional traditions.
35denton.com. 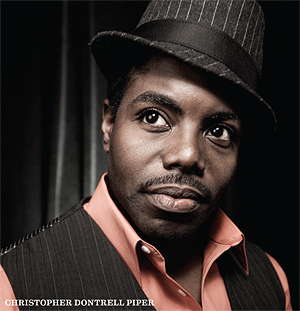 Since ousting Dave Neumann a year ago from Oak Cliff’s District 3, Scott Griggs has proven himself a voice of reason (Seriously? You want to drill for natural gas right next to the Trinity River levees?) and an ally of the sharper members on the Dallas City Council (Angela Hunt). And he has done it with bon mots. Griggs on the suggestion that we need the Trinity toll road to improve air quality: “We can’t build our way out of air-quality issues. It’s like buying new clothes instead of going on a diet.” Hear, hear!

There is the left arm, a shoulder-mounted Howitzer. There are the wheels, fast for any player but shockingly fast for a man who stands 6-foot-4 and weighs 240 pounds. There is the bat. He hit four homers against the Orioles in early May, becoming only the 16th player in history to match that mark. Then there is the heart. Later that month, while struggling with an upper-respiratory infection that forced him to take oxygen and an IV when it was all over, Hamilton hit a 13th-inning walk-off home run to beat the Blue Jays. 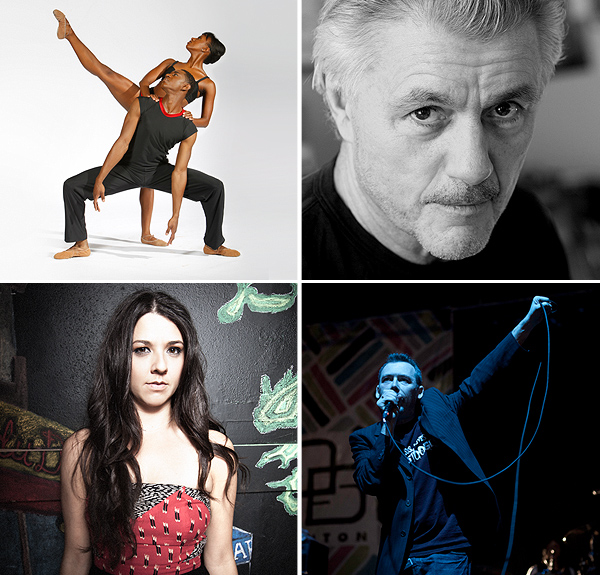 Though other actors elevated individual plays, only Piper lifted whole theaters. In Undermain’s The Shipment, he held his own amid a stellar ensemble. But his performances in Superior Donuts, in Theatre Three’s basement, and A Free Man of Color at African American Repertory Theater made a case for companies that don’t get as much critical love. He anchored A Free Man of Color with mesmerizing skill. For Piper, we’d drive to DeSoto again and again.

Mathew Posey’s troupe of young actors at the Ochre House is known as the “Ochre House boys,” but it is a young female talent, Elizabeth Evans, who shined this year. Particularly in her role as the artist Frida Kahlo in Ex Voto: the Immaculate Conceptions of Frida Kahlo, Evans demonstrated an ability to carry a show with an emotional and physically challenging role, delivering a courageous, scorching performance.

Perhaps one of the more undersung lecture programs in the DFW area is the Fort Worth Modern’s Tuesday Evening Series, which just this spring included artists such as Tim Rollins, Katie Paterson, Jill Magid, Gary Rough, Byron Kim, and Andrea Fraser, and topics ranging from new media and land art to art as collaborative social project and LGBTQ love and sex in the 21st century. All this is set amid the museum’s exquisite and representative permanent collection that lives in one of the more magnificent buildings in the state.
Readers’ Pick: Dallas Museum of Art

John Updike, Frank McCourt, Erik Larson, Michael Cunningham, David Sedaris, Judy Blume, Chuck Palahniuk. No, that’s not our fantasy dinner guest list. It’s a short list of the many literary luminaries who’ve dropped in to tell stories at the behest of the Dallas Museum of Art. Readings and talks turn into old-timey fireside-style gatherings among friends, but with comfier seats. And the children and teen series, Booksmart, offers fun for all ages.

We are friends with a lot of weather photographers on Facebook. This not only gives us a very colorful news feed, but also keeps us in the know on weather conditions and patterns. But whose feed and newscast do the photographers check? (Besides the National Weather Service’s, that is.) They’re checking on David Finfrock, one of the few weathermen who actually has a meteorology degree. If they trust him, so do we.

The James Beard Foundation Awards are the Oscars of food writing. Last year, Laussade was a finalist in the humor division for her deliciously bawdy Dallas Observer column. We searched long and hard (she would make a joke about that) for an excerpt we could print. Here it is: “What? You’re judging China Mex for combining Chinese food and Mexican food and then also being relatively lazy with the restaurant-naming thing? I’m not. In a town filled with restaurants named The Porch and Stephan Pyles that don’t even serve the porches or the Stephan Pyleses on their menus, China Mex’s name has that doughnut-shop-named-Donuts comfort to it.”
Readers’ pick: Evan Grant