Katricia Eaglin isn’t your everyday Texas beauty queen. Her passion for dance, first fostered at West Dallas’ C.F. Carr Elementary, has taken her well beyond days performing on pointe on the North Texas pageant circuit. Yet though she’s traveled the world and, literally, performed for a king, Dallas is where Eaglin intends to stage the next part of her career in the arts. It’s where she learned to move, after all.

First were the folklorico classes at Carr, the ones her mother made her take. Then there were the summers spent learning African dance at community centers and the church praise dance troupe that led to training at Booker T. Washington. Eaglin became a founding member of Dallas Black Dance Theatre II at 19 and created the University of North Texas’ Freedom Dance Ensemble while a student there. All the while, she says, her dream since 14 was to become a dancer with Dallas Black Dance’s first company. At 30, she’s living that dream.

That’s not to say Eaglin has stopped dreaming. There are roles yet to be performed. There are pieces to choreograph. Classes to teach. Plans to be made for the day when this former beauty queen’s body is no longer able to perform at a level that earns words like “stunning” from critics. But until that day arrives, you’ll find Eaglin moving. 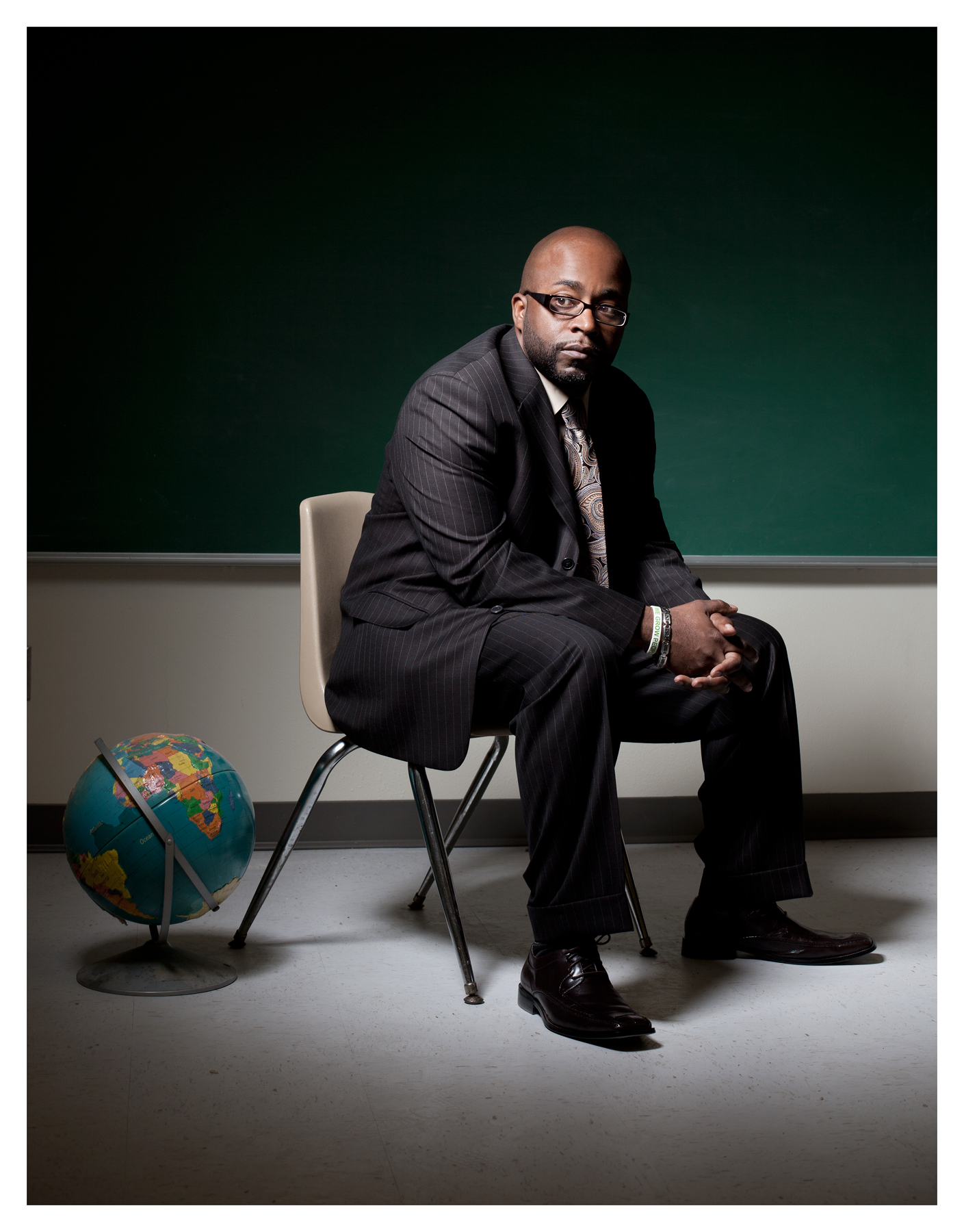 Photography by Trevor Paulhus
Photography by Trevor Paulhus
Nakia Douglas is one of those people who moved away to make his way. He left South Dallas in the mid-’90s and returned with a degree in education. He left again and returned with a master’s in education from Houston Baptist University. He also brought back a sense of responsibility to the neighborhood that made those degrees possible.

Douglas easily could have been among the unemployed who make up 17 percent of the United States’ black male population. All the predictors were there: absent father, low-income household, no family history of higher education. But from the time he was a child, his family, teachers, mentors, and neighbors expected him to succeed. He has yet to disappoint.

August 2011 brings Douglas’ biggest test to date, the opening of DISD’s first all-male school, Barack Obama Male Leadership Academy at B.F. Darrell. Douglas is the campus’ first principal. And the academic success of the young men under his care will have implications far beyond the school’s South Dallas campus. If Douglas demonstrates that single-sex education works in the public school system, that multi-cultural males ages 11 to 18 can thrive in a non-traditional setting, one where Saturday school is required and the curriculum includes Latin and leadership development, then the academy might serve as a model that other Texas schools mimic. It’s a feat this South Dallas son is uniquely qualified for. 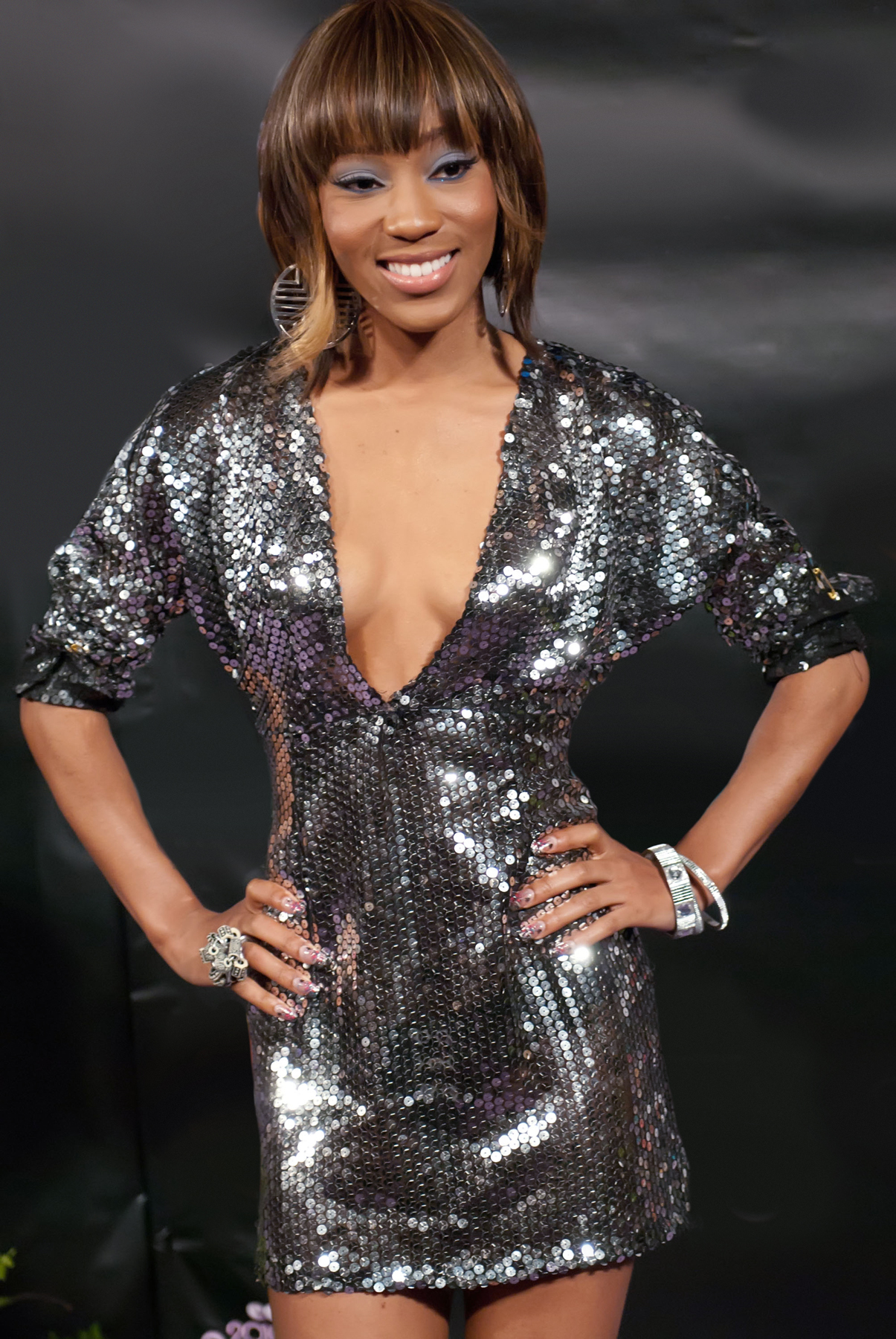 Photo courtesy of Newscom
Music journalists like to write that YouTube made R&B artist Dondria Fields. That’s not true. Yes, the videos she first posted there in 2007 earned millions of views and caught the attention of Grammy award-winning producer Jermaine Dupri. But Fields made her career. She’s the one who, after going online to watch a stupid girl fight, recognized the site for what it could be—a forum. She’s the one who recorded more than 200 videos of her singing, eating, and joking in her mother’s living room and dared to put them online. And she’s the one who wowed Dupri when they finally met in person. YouTube was merely a tool in the hands of an artist with marketing savvy beyond her now 24 years. Her debut album, Dondria Vs. Phatfffat, debuted at No. 43 on the R&B charts when it dropped in August 2010.

These days, Fields’ life is spent on the road, traveling to Atlanta to record, to New York City to appear on BET, to Los Angeles to attend the Soul Train Music Awards. Then there are the concerts, fan events, interviews, and the constant stream of tweets to her more than 70,000 followers. Frequent trips home to Garland are also on the schedule.

Home means stopping by open mic nights to support friends and speaking at DISD schools to encourage kids not much younger than she to reach for their goals. She sits on music panels, participates in workshops. When she’s home, Fields is on a mission to encourage dreamers to take action. 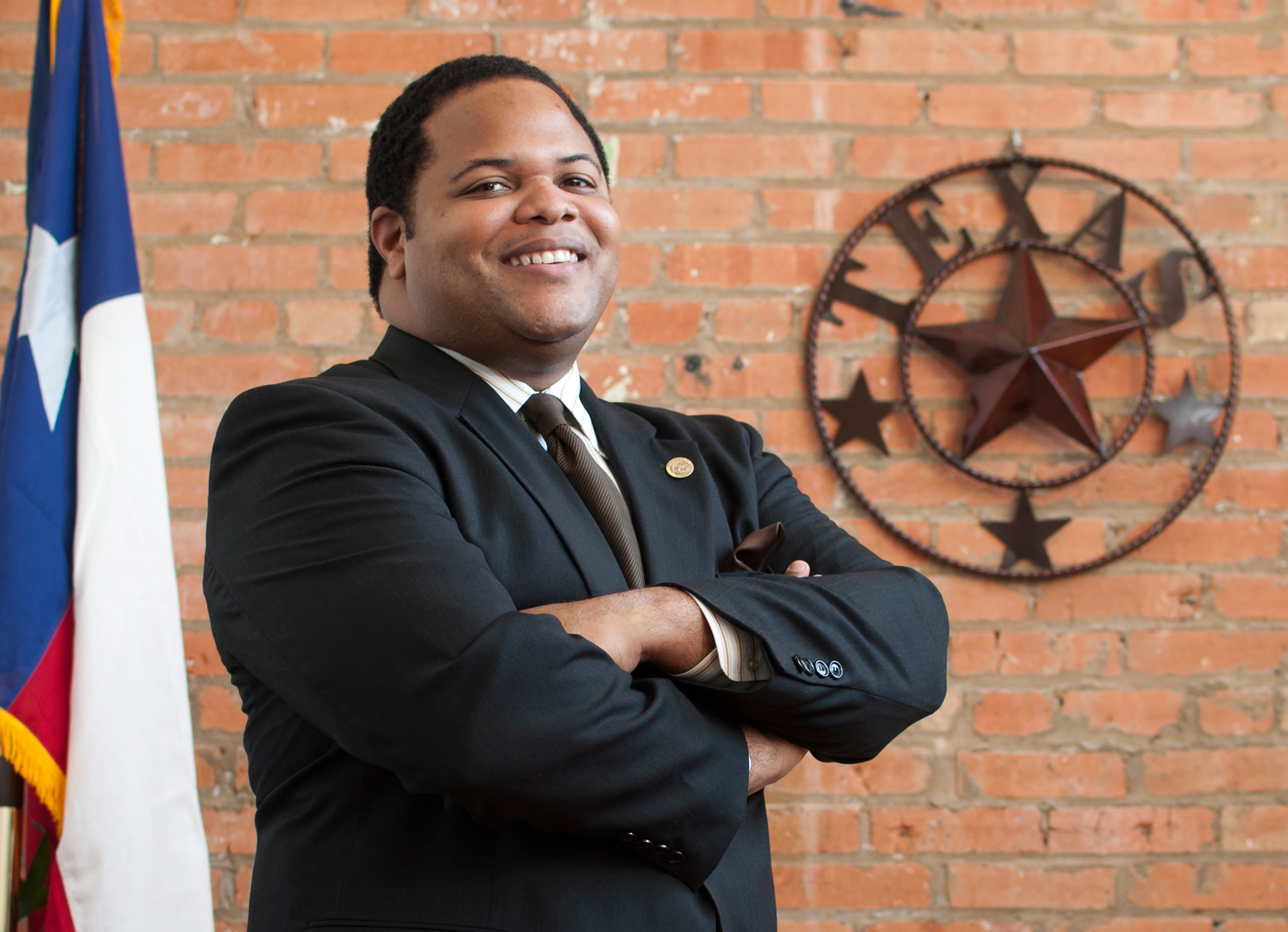 Photography by Wade Griffith
Photography by Wade Griffith
Eric Johnson’s Dallas roots go back to the end of World War II when his maternal grandparents moved to West Dallas. At 35, his roots in politics aren’t nearly as deep. But he’s no rookie. Johnson worked in the district office of his local state rep., Sam Hudson, in high school. There he saw firsthand how government does or does not work. The city’s southern sector, he noted, consistently got the short end of the stick when it came to civic matters. Changing the status quo is one of the reasons he ran against 14-year incumbent Terri Hodge for the District 100 spot in 2010. Johnson won the race with 75 percent of votes—and then the real work began.

Texas politics is not for the faint-hearted. Alliances go back generations. Grudges do, too. Fostering change requires more than degrees from Harvard, U Penn, and Princeton. Johnson has those, but he also has the respect of his colleagues on both sides of the aisle, an invaluable commodity in today’s political climate. A year into the new job, he passed two bills: House Bill 184, which deals with legislative representation, and House Bill 1106, which speaks to criminal rights. (At press time, he had a third bill pending.) The attorney sits on two important committees, appropriations and education, a topic of special interest to the man who represents South Dallas.

Get him talking public education, and you’ll hear words like “desperate” and “failure.” What you won’t hear is resignation. 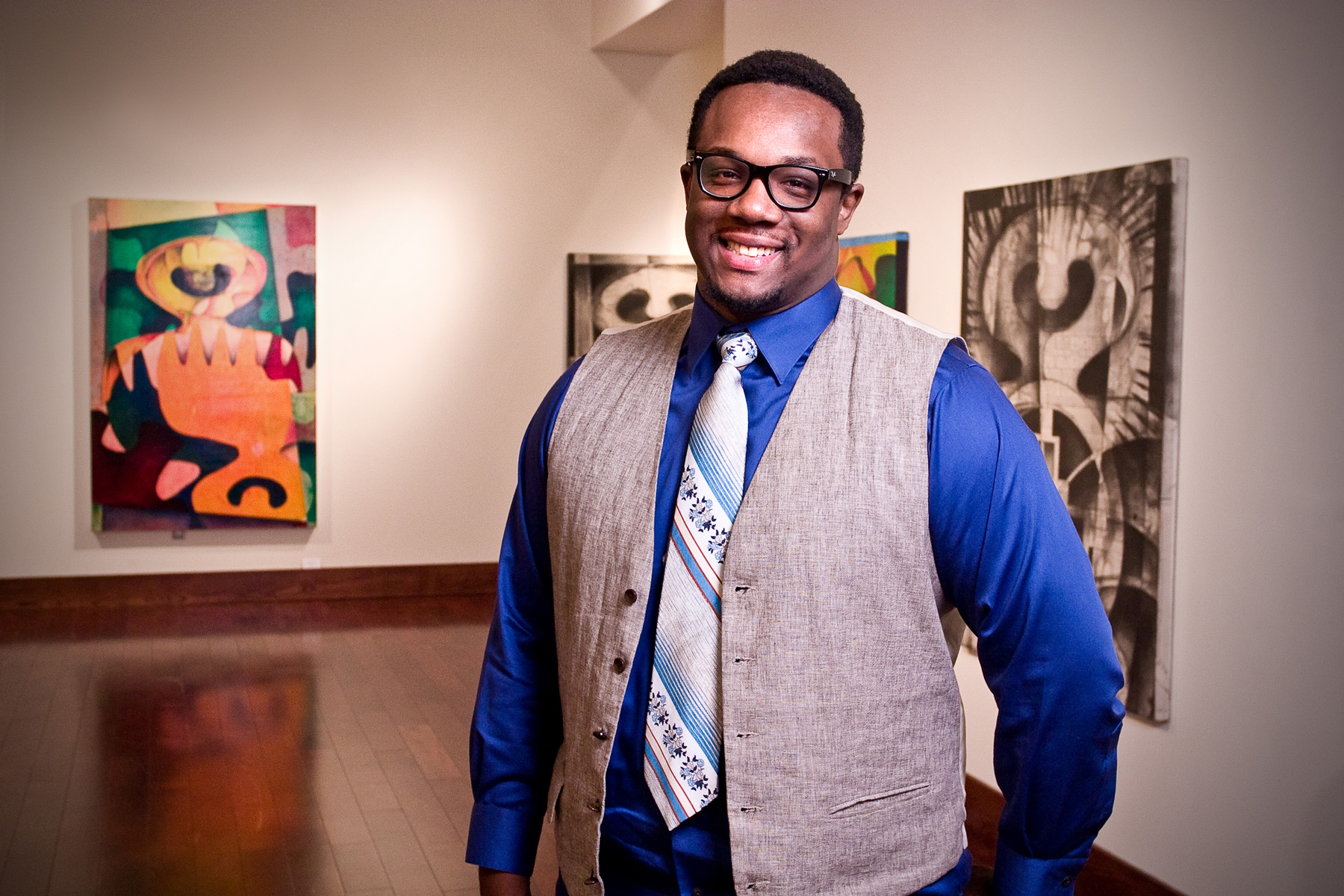 Photography by Shane Kislack
Photography by Shane Kislack
Back in the late ’90s, Harold Steward was a 6-foot-3 football-playing computer whiz kid. But somehow he found his way to the stage. There was the school production of Langston Hughes’ Soul Gone Home and that first paying arts gig thanks to Soul Rep Theatre. There were performances at the South Dallas Cultural Center, too. By the time Steward graduated from Booker T. Washington High School for the Performing and Visual Arts in 2001, the decision was made. Theater would be his world.

Fast forward more than a decade later. Soul Rep is now gone. Devoting dollars and time to public school arts education is an extremely hard sell when DISD—and, in fact, every other major school district in the country—is facing huge budget shortfalls and difficult decisions. Yet thanks to a former football player from South Dallas and the tireless efforts of local arts advocates such as Vicki Meek, director of the South Dallas Cultural Center, a conduit to the world of performing arts still exists for young African-Americans in Dallas. It’s called Soul Children’s Theater. Steward is its backbone.

Soul Children’s mission as described by Steward is to “cultivate an appreciation of the African diaspora through art.” In plain speak, that means Steward is paying forward the gift given to him by educators and artists in his youth. He’s teaching kids to love art and understand the discipline required to pursue that love.