Russell Hulse was just 23 years old when he found the first binary pulsar. He couldn’t believe the story made the New York Times and his hometown newspaper, and he was floored when he won the Nobel Prize for the discovery 19 years later. Hulse and his doctoral thesis adviser, Joe Taylor, were awarded the prize “for the discovery of a new type of pulsar, a discovery that has opened up new possibilities for the study of gravitation.” His has been called one of the top scientific discoveries of the 20th century. So what does it mean?

A binary pulsar is essentially a precise clock in orbit around a star. It helped prove a laundry list of Einstein’s predictions. It is, as Hulse describes it, “nature’s gift to us in terms of being a natural lab for testing the theory of relativity.” Specifically, it provided observable evidence that gravitational waves are real.

As a boy growing up in New York City, Hulse brought all manner of scientific gadgets into his family’s apartment—microscopes, a chemistry set, various electronics testing equipment. At one point, he developed an interest in amateur rocketry. “Understandably, that never went too far,” he says. “I never got beyond lovingly drawn plans.”

His apartment didn’t have the space he wanted, but the city did have the museums. He spent hours at the American Museum of Natural History. His parents took him until he was old enough to jump on the subway himself. He focused on physics and astronomy at the Bronx High School of Science, although at home he spent his time on electronics and radio astronomy.

“During the era that I went to high school, there wasn’t anybody there who could help me with my radio astronomy project,” he says. “I was pretty much on my own. On the one hand, that instilled in me a real do-it-yourself approach. On the other hand, I really could’ve used some help and advice.”

Hulse became a visiting professor at UTD in 2004, while retaining his position as a principal research physicist at the U.S. Department of Energy’s Princeton Plasma Physics Lab. Hulse founded UTD’s Science and Engineering Education Center, which works with young students who have a fascination with science, just as Hulse did when he was growing up. He got the idea for the center on the flight home from the Nobel presentation in Stockholm.

“One of the things that just popped into my head was that when I was kid, science was an important part of my life,” he says. “It’s such a fantastic thing to know and understand how the natural world works. I wanted to help a new generation of kids appreciate wonder and beauty and the excitement of science and the natural world around them.” 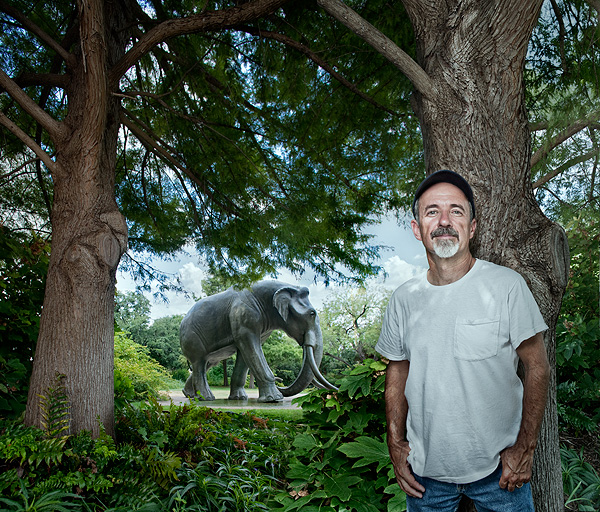 In the summer of 1971, David Meltzer’s mom was looking for something to get her 15-year-old son out of the house. She asked him his plans. He said he was going to watch TV. “That,” she said, “isn’t good enough.” She read that archaeological excavations would begin the next week in the Shenandoah Valley. She convinced the project director that he needed to take her son. The next week, Meltzer had shovel in hand at the Thunderbird Paleoindian site.

He continued for four summers and is now a world-renowned archaeologist. Meltzer has recently been in the news for disproving a theory that a comet crash killed a culture, but his career research focuses on the first people who came to North America at the end of the Ice Age. It appears they adapted at breathtaking speed.

“What I’m trying to understand is what were the challenges they faced?” he says. “What happened the first time a wayward Siberian encountered a rattlesnake? How did they do all this while figuring out this utterly new landscape?”

In the midst of this research, which got him elected to the National Academy of Sciences, comes the “silliness” of the comet. A
controversial theory was put forth in 2006 that the ancient Clovis culture of North America was killed by a comet crashing. Meltzer and his colleague Vance Holliday were honored for the Undiscovery of the Year by the Archaeological Institute of America after refuting the concept with archaeological evidence proving the population of North America didn’t drop when the comet allegedly hit.

Though he made headlines, he’d rather talk about worthwhile topics—like climate change. His research into how humans dealt with drastic change in the past makes him concerned about our future. Had his early Americans encountered the climate change we are in store for,
they could have just moved. We’re locked in.

“We don’t have nearly the options we as a species had in the past,” he says. “We’re going to have to figure out what our adaptive strategy will be and how we will respond. I know what we would’ve done 7,000 years ago, 10,000 years ago. What we’re going to do now and in the future, I don’t know.” 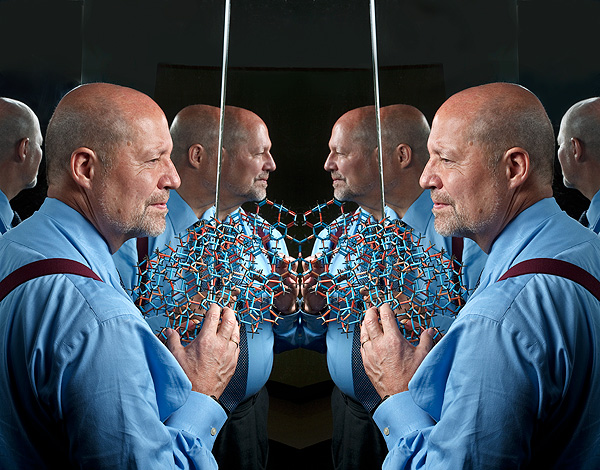 Earlier this year, Ray Baughman told NPR that he has created a special “multifunctional” yarn. Imagine a shirt that doubles as a battery or a soldier’s uniform that could cool him in the battlefield. It’s all machine washable, and it could be on the market within five years.

Baughman’s focus is in the field of nanotechnology, where his work involves energy and artificial muscles. Baughman has “60 or so” U.S. patents. He is proudest of the time-temperature indicator he patented that changes color not just as a product ages but as it is exposed to different environments (because milk will spoil faster at room temperature than it will at 40 degrees). The World Health Organization estimates the device will save 140,000 lives by removing ineffective vaccines from the market.

With his wonder yarn, Baughman created a way to twist and spin carbon nanotubes—called biscrolling—to create something that has the density of air yet is stronger than steel. He’s also working with the U.S. Navy to build a robotic jellyfish that can roam the ocean to collect data about temperatures, pollutants, and activities of foreign powers.

Baughman’s childhood started on a turkey farm in rural Pennsylvania. “We were so far out in the country that, until I was 6, all my friends were turkeys,” he says. By the time he was 7, he knew he wanted to be a scientist.

At the end of his freshman year in high school, he showed up drenched with rain at a lab at the University of Pittsburgh, looking for a research job. George A. Jeffrey hired him, and Baughman worked there throughout high school and his undergraduate years. That experience influenced his tenure at UTD, when he created the George A. Jeffrey NanoExplorers program, working with local high school students who want to spend their summer studying nanotechnology.

Baughman earned his undergraduate degree from Carnegie Mellon and his doctorate from Harvard. He came to UTD in 2001, at the suggestion of Dr. Alan MacDiarmid, who later joined the UTD faculty. The two were drinking whiskey in Australia after a trip to Stockholm, where MacDiarmid had received the Nobel Prize in chemistry for inventing the first organic conducting polymer. Baughman, who invented the second polymer, decided to move his family to Texas. To prepare his kids for the transition, he sang them “Deep in the Heart of Texas.”

“I love ideas. I love discovery. I love collaboration as a professor,” he says. “I love inspiring students to share my love of discovery—in an academic sense but also discovery in the sense of inventions.”