Terry has always been confident. Shooters have to be. They have to believe the next one is going in, even if they’ve missed 12 in a row. Self-doubt has never been a problem for JET, who leads the Mavericks in “no, no, no, YES” shots. But there is confidence and there is getting a tattoo of the Larry O’Brien NBA Championship Trophy on your bicep, which is what Terry did before the season began, sort of the ultimate “no, no, no, YES” move. On a smaller—or, at least, less permanent—scale, JET’s outrageous belief in himself could be seen against the Heat, when he earned that tattoo with 28-foot jumpers over LeBron James. We will never doubt him again.

Our little and midsize companies are producing good work. But it is good news to the entire theater community that the Dallas Theater Center is in the midst of one of its best runs ever. From knock-your-socks-off musicals to masterfully acted dramas, there was scarcely a low point this season. Look for the DTC to continue with collaborations, new commissions, and world premieres, and the continued vitality of the acting company. And did we mention it launched a musical, Give It Up!, and an actor, Liz Mikel, who might finish 2011 on Broadway?

Cantrell has always been one of the better classical music critics in the country, but when the lean Dallas Morning News arts section forced him to put on his architecture hat again, Cantrell responded with important critiques of Santiago Calatrava’s Margaret Hunt Hill Bridge and the Museum of Nature & Science. The DMN is still without a full-time art critic, but Cantrell has also stepped in to keep that coverage afloat, offering insightful commentaries on everything from pop artists Ed Ruscha to the art of the American Indians.

Sometimes a single performance can define a season, and that was the case with Elly Lindsay’s Carrie Watts in A Trip to Bountiful at the Contemporary Theatre of Dallas. The power of the emotionally wrenching story that is the center of Foote’s play, itself a centerpiece of the city-wide Horton Foote Festival, rested on Lindsay’s shoulders. She was heartbreaking, soulful, and unforgettable. 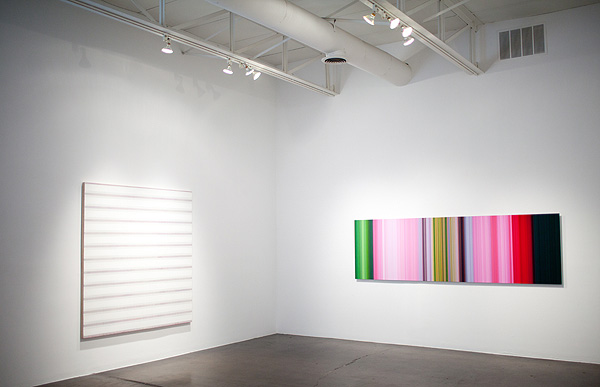 Barry Whistler celebrated his 25th year in business this past year, but our Best Of nod is not honorary. Rather, this year at the gallery showed why Whistler has stayed open for so long: a solid stable of artists, intriguing group shows, and an eye both on the market and the museum. Plus, Linnea Glatt’s show late last year was one of the year’s best. 2909 Canton St. 214-939-0242. 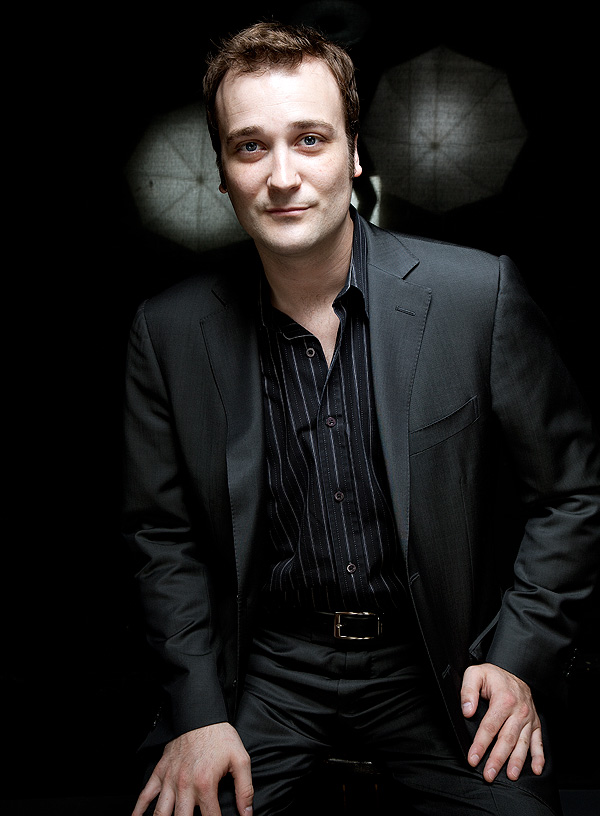 Walters kicked off this season by ably anchoring the Dallas Theater Center’s Henry IV, then followed up that success with a Woody Allen-meets-Dennis Hopper performance in the offbeat one-man show Thom Pain at Second Thought Theatre. His success was rewarded with a spot in the DTC’s acting company, and it is a good thing, too. Walters is participating in a developmental workshop in New York. We wouldn’t want him to get lost up there.

For 28 years, community-sponsored KNON has found a way to spice up Dallas’ lackluster airwaves with a steady diet of blues, gospel, Tejano, Latin dance, and outlaw country. Around that hearty fare, you can also find pretty much everything else: soul, zydeco, rockabilly, jazz, hip-hop, polka, death metal, hard-core punk, reggae, Caribbean, klezmer, Native American chant, and early rock and roll. There’s even a show broadcast in Ethiopian. In short, KNON sounds like the vibrant, exciting, brash, and complex city Dallas really is. 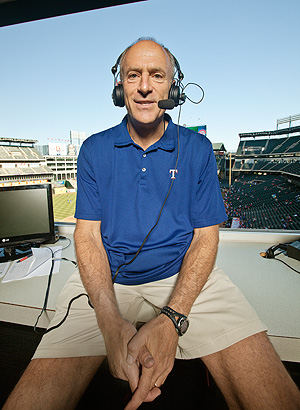 His
voice simply is Rangers baseball. For 33 years he has called their
games, working longer for one team than all but one living American
League broadcaster. Yet he still prepares for each game like it’s his
first, producing a seemingly effortless play-by-play seasoned with
stats and tendencies of opposing players. Above all, though, Nadel
knows that radio is a visual medium. The batter’s peculiar stance, the
pine tar on his helmet, the wind riffling the pitcher’s pants—he works
it all in there between every play, making the second man in the booth
superfluous. Poor Steve Busby. 103.3 ESPN.

We gave him this award last year because we figured him to be the most entertaining (read: bungling) pol around. Since that time, he went and gave dog torturer Michael Vick a key to the city, and, after calling the cops to his house because his wife got angry and came after him with a kitchen knife, he invented a cover story involving a fight over a football game between his friends Arthur and Archie. Dear citizens of District 4, please keep this man in office forever.

During the Dallas Mavericks’ magical run to an NBA championship, Townsend raised his game right alongside them, delivering two outstanding pullout features. The first, on Dirk Nowitzki, was an obvious subject, but Townsend still got more out of him than others have. The second, about DeShawn Stevenson’s upbringing, was the better story. Townsend went deep into the heavily tattooed Mavs guard’s fatherless background, with a twist at the end that made us gasp a little. 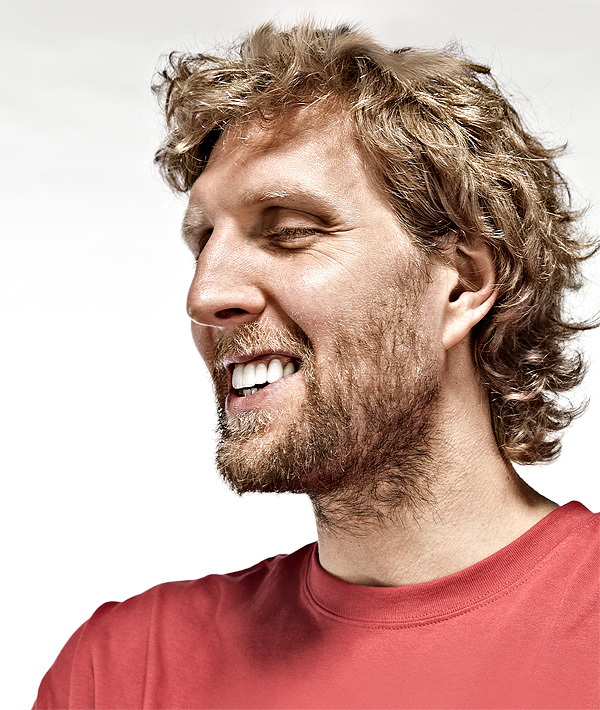 Best local athlete? is there any debate? It is Dirk Werner Nowitzki, aka the Big German, aka the most underrated superstar in Dallas sports history.

Yes, Nowitzki now gets the respect he deserves, but only after two months spent wearing a cape and rescuing kittens from tall branches and babies from burning apartment buildings. Only after bringing home a championship from Miami. Had that magical playoff run ended in Los Angeles, or even Oklahoma City, Nowitzki would still be a symbol of all the Mavericks would never, could never be with him at the helm. It wouldn’t have mattered how well he played. It hadn’t mattered how well Nowitzki played since those twin playoff failures, in 2006 and 2007, a handful of games out of more than 1,000 that threatened to become his permanent legacy.

Between then and now, Nowitzki’s brilliance went overlooked. The fans and media stopped noticing. Maybe they’d glance his direction when he’d do something truly extraordinary, like scoring a team record 29 points in the fourth quarter against the Utah Jazz on November 3, 2009. But then they’d shrug and turn their backs on him again. They took him for granted, even after he became the rare star who spends his entire career with one team—and takes less money to do so. He worked with his longtime coach Holger Geschwindner every summer until his weaknesses became strengths, until his game was unsolvable, until he was even better than he was during his 2007 MVP season, and it didn’t matter. No one cared.

And then, over April and May and June, almost out of nowhere, Nowitzki became undeniable. He reminded all those who had given up after that first-round exit against Golden State exactly what they had been missing out on over these last few years.

The goofy German kid they’d left behind, the one with a regular-season repertoire and nothing more, had turned into a cold-eyed closer with an unstoppable shot. That shot—a one-legged fade-away jumper, often off the wrong foot, sometimes while turning around, occasionally from an angle that could end a friendly game of HORSE in fisticuffs—has probably ruined youth basketball for the next decade. In North Texas and beyond, kids everywhere are literally falling all over themselves, trying to emulate Nowitzki. The move is oddly fundamentally sound while remaining wildly unorthodox, like if a cat burglar kept regular office hours.

As he and the Mavs knocked out the Portland Trail Blazers, then the Lakers, then the Thunder, and finally the Heat, that awkwardly beautiful jumper took its rightful place as one of the most iconic shots in the game, now compared to Kareem Abdul-Jabbar’s sky hook and Hakeem Olajuwon’s Dream Shake. Nowitzki’s overall standing, too, ascended the ladder, his reputation finally free of every “but” and “if only.” We shouldn’t have needed the approval of a marginal ex-player like Jon Barry to convince us of Nowitzki’s greatness.

But even to those who knew what Nowitzki was capable of all along, those true believers who hadn’t given up hope that he would one day win a championship ring and that he would do it here in Dallas, it’s still surreal to hear Nowitzki talked about as one of the best ever. We had grown so accustomed to him as an inevitable force that we lost sight of exactly how special he was, until others slapped us in the face with it.

So, yeah, Dirk Nowitzki is the Best Athlete. This year, this decade, last decade, and maybe forever. —Zac Crain