The details of Bill McNutt’s February arrest—at least the details that have been made public—don’t add up. The prominent SMU alumnus had been banned from campus since November 2008. A university official would later tell the Dallas Morning News that SMU had “heard reports of alleged questionable behavior that caused concern among some students.” McNutt had dinner parties at his house, and he invited students to them. Alcohol was available. So was a masseuse. Several people told the News that the dinners were “creepy,” and girls felt pressured to undress for a private massage in a mirrored back room.

But even if true, none of that was illegal. So why would the university ban a donor and the founding president of the Young Alumni Association from campus? And why, if he was banned, did McNutt continue to receive personal invitations to on-campus functions from members of the administration? The administration was saying one thing; SMU Police Chief Rick Shafer was saying another. He warned McNutt that he was “not welcome on the SMU campus for any reason whatsoever.”

Yet there was 54-year-old McNutt—scion of the Collin Street Bakery fruitcake empire, former White House staffer, chairman of the Texas Commission on the Arts, deacon at Highland Park Presbyterian Church—late in the afternoon on February 15 at Gerald R. Ford Stadium, most definitely on SMU’s campus. No one is talking about why McNutt was there that day. Reports said that when he saw two campus police officers, he headed for a doorway to one of the stadium tunnels. The officers ordered him to stop. And, not far from a workout room that bears his name, McNutt was arrested for trespassing.

The officers handcuffed him and sat him in the back of a patrol car. But they didn’t take him to the quiet, clean, Mayberry-like holding facility at the University Park Police Department where SMU Police would take students and faculty. Instead, they took him to the far less pleasant Lew Sterrett Justice Center, in downtown Dallas. McNutt was arrested at 5:51 pm but wasn’t booked into the county facility until 7:30. He spent almost four hours in custody, then was freed on a $500 bond.

SMU officials have stubbornly refused to answer questions about the incident and the initial ban. They have also declined to comply with requests for police reports filed under the Freedom of Information Act. SMU spokesman Kent Best cites the college’s private status and claims the fully empowered and state-certified SMU Police Department can arrest citizens without being accountable to the public.

But given the way events unfolded, only one conclusion makes sense: Bill McNutt wasn’t merely being arrested; he was being sent a message. SMU was trying to embarrass him. They’ve succeeded. As every media outlet in town hounds him, McNutt has been forced to step down from his deaconship and chairmanship of the Texas Commission on the Arts. He’s being forced to defend not only the way he throws a dinner party, but, the way he conducted himself more than 30 years ago, while a student at Oxford University. The whole ordeal has brought what some say is a man with two personalities—a Jekyll and Hyde disconnect—out into public for the first time.

===“You mention Bill McNutt’s name, and people will roll their eyes and shake their head.” –former investment partner!==

Lee William “Bill” McNutt III is the first-born son of Bill McNutt Jr., the founder of Collin Street Bakery. A mail-order fruitcake company of international renown, it is headquartered about an hour’s drive south of Dallas, in Corsicana. McNutt Jr. died in 2006, but during his leadership of Collin Street Bakery through the late 1990s, he was considered a visionary businessman. He transformed a small, regional business into a worldwide retailer. McNutt Jr. was an early adopter of what, at the time, were cutting-edge direct marketing, inventory, and mailing list database strategies. And he was among the first to adapt emerging communications technologies like the fax machine and the internet to his business model. He was also a business partner of Lamar Hunt’s and owned part of the Dallas Tornado soccer team. 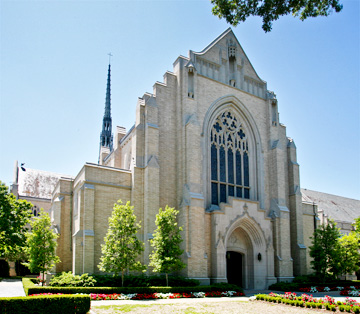 PRODIGAL SON: Bill McNutt was a respected member of his church, his political party, and his alma mater until his February arrest. photography by Christina Barany
photography by Christina Barany
McNutt III went to SMU for an undergraduate degree and a master’s degree and then earned his MBA at Vanderbilt, his father’s alma mater. Around this time, some people close to the McNutt family say, a pattern of boorish conduct began to emerge—and they say he was insulated from the ramifications of it by a powerful family in a small town.

“I love the McNutt family as much as my own family,” says one person close to the McNutt family who declined to be named. For clarity’s sake, we will call this person “Smith.”  “I hate any negative reflection on the McNutt family and Collin Street Bakery. And I understand the protective instinct they have,” Smith says. “But what they’ve done without realizing it is acted as Bill’s enablers. He never had to deal with the consequences of what he’s done or how he treats women. The family does what it can to help clean up after Bill’s injuries. They’ve been doing that for a long time.”

For instance, Smith says, McNutt never had to face any serious consequences from his role in the death of a Vanderbilt student in the late 1970s. McNutt was in his early 20s and pursuing his MBA at Vanderbilt. Two female students from Vanderbilt had come to visit him at the family home in Corsicana. After dinner and drinking, McNutt told the women they had to leave. One had passed out, so he put her in the back of the car without a seat belt. Not far from the house, the driver, Mary Lynn Mathis, crashed head-on into another car. Mathis lay in a coma for several days; the other woman died of her injuries. McNutt organized a prayer vigil in Nashville for Mathis, which Smith says only angered Mathis’ father.

McNutt, who agreed to answer only certain questions via e-mail or through his lawyers, had his attorney, C.H. “Hank” Judin III, respond to a question about this incident. “Nearly 30 years ago, Mary Lynn and a friend had driven down to Corsicana, went to dinner with Bill and another friend, and on the trip back to Dallas, had a terrible accident,” Judin writes in an e-mail. “Tragically, her friend died. Today, Mary Lynn is a successful lawyer who lives out of state.”

Mathis did not return repeated calls to her office.

“Nothing ever came of it regarding Bill’s responsibility in letting them drive away knowing they were too drunk,” Smith says. “Once again, it was swept under the rug, and he didn’t care. ”