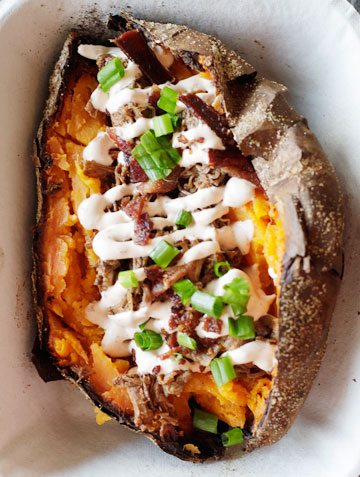 The Hot Mess photography by Kevin Marple
photography by Kevin Marple
Even a year ago, if you’d suggested that there might be a top-10 restaurant at the Dallas Farmers Market, you would have faced some serious skepticism. For years, the market strove to become a gourmet destination—futilely. And then, finally, it happened. Shed 2 went artisan. Vendors began selling sausage, chocolate, and goat cheese. Foodies started making pilgrimages. But the real draw is the killer barbecue of Pecan Lodge.

Mom-and-pop Justin and Diane Fourton packed up their prosperous catering business in Frisco and relocated it downtown, where they set up shop in a spacious nook. While they were at it, they went ahead and opened a restaurant on the spot, where they serve lunch Thursday through Sunday and breakfast on the weekends. You order at the counter and pick up your food when it’s ready, and yet they’ve managed to give the space a well-tended, upscale ambience, with hip wood-and-steel furniture and a handsome lodge-like marquee. Their menu includes Southern favorites like fried chicken, banana pudding, and cult-favorite fried pies in flavors such as peach, blueberry, and apple. At weekend breakfast, they do bacon and eggs with tomatoes (when in season) and Belgian waffles topped with berries or paired with a piece of fried chicken, everyone’s favorite trendy dish. Even their kids menu is thoughtful. The PB&J sandwich consists of organic peanut butter and artisan jam on whole-grain bread.

But it’s the barbecue that draws the crowds. Armed with a well-seasoned pit smoker and a mountain of mesquite, Justin and Diane serve some of the best brisket in town, not just at the market. The meat is tender, with a fine smoky flavor and a bodacious black crust. It’s excellent with a side of mac and cheese or in a combination plate with ribs. But it’s best loaded into a jumbo baked sweet potato and sprinkled with sea salt for the irresistible concoction they call the Hot Mess. To which we say: oh, yes.  Dallas Farmers Market Shed 2 —T.G. 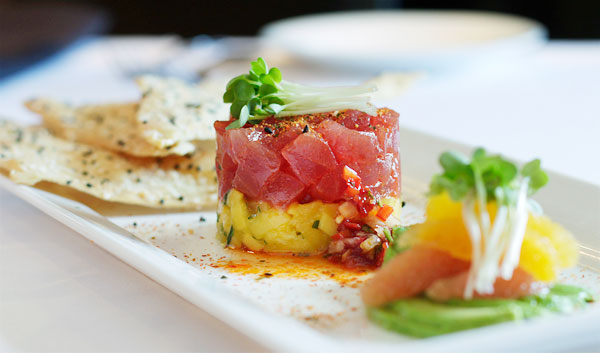 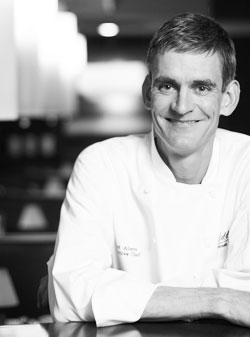 Chef Brad Albers photography by Kevin Marple
photography by Kevin Marple
We normally shun out-of-town chains, but for Eddie V’s an exception must be made. Once a humble restaurant dedicated to serving Gulf Coast seafood out of a remodeled gas station on East 5th Street in Austin, Eddie V’s now has six swanky locations in Texas. And a fancy corporate headquarters in Scottsdale, Arizona, where founders Larry Foles and Guy Villavaso oversee Roaring Fork and Wildfish Seafood Grille, two other concepts in their burgeoning portfolio. Boardroomspeak aside, Foles and Villavaso are successful because they pay attention to detail in each location. They hire local talent and let them do their thing.

The chef at the Oak Lawn restaurant is Dallas-born veteran Brad Albers, who for 10 years worked down the street at Cafe Pacific and Patrizio. Albers doesn’t have to go through corporate channels to source his seafood. He has full autonomy to work the market daily. And he and his staff are doing something right. The place is packed every night. They come for what’s known in the trade as “top of the catch,” fish pulled out of the water at the end of the trip, ensuring that it’s as fresh as possible. Albers has it overnighted to his kitchen. Shipments come from the East Coast, the West Coast, Hawaii—anywhere he can find something new or seasonal.

And he doesn’t just pan sear or grill; his menu is full of creative Asian, New England, and traditional preparations. An appetizer of crispy wok-tossed calamari is prepared Kung Pao-style with roasted cashews, sliced vegetables, mung bean sprouts, fresh ginger, and spicy soy sauce. Gulf shrimp are stuffed with herbed goat cheese and bacon-wrapped. A crab cake is 7 ounces of jumbo lump crab held together mysteriously with an invisible binding. A simple preparation of red snapper sautéed in butter allows the delicate, briny flavor of the fish to dominate. And even though they get second billing, Prime steaks are delivered on hot plates and cooked the way you order them. The meat stays warm until you push the leftovers away and ask for a doggie bag.

That makes Albers’ family happy. They’re cattle ranchers. “They wouldn’t be caught dead in a seafood restaurant,” he says. It wasn’t long ago we’d have said the same thing about anyone from Dallas. —N.N. 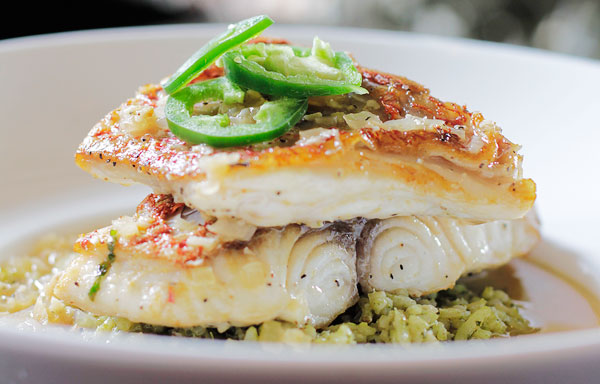 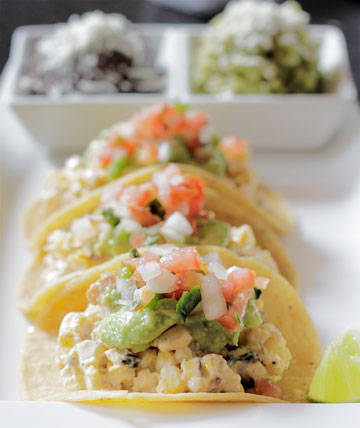 Corn Creama Tacos photography by Kevin Marple
photography by Kevin Marple
In retrospect, the first Urban Taco feels like a beta version. When it opened in Mockingbird Station in 2007, it served the neighborhood capably, an upscale cantina with smart drinks, authentic Mexican cuisine, and gourmet tacos. Since then, everyone has jumped on the taco trend. But three years ago the concept was still unfamiliar and new, revealing Urban Taco owner Markus Pineyro to be clairvoyant, not crazy. A native of Mexico City who graduated with a degree in economics from SMU, Pineyro seems ideally suited to be on the forefront of the gringo taco trend. But with his newest Dallas branch in Uptown, he’s stepped it up so rousingly that it feels like an entirely new concept. It’s larger and more luxuriously appointed, with a spacious front patio and a gorgeous azure-blue terrazzo bar.

But the greatest expansion is on the menu. No mere taco joint, Urban Taco has a broader menu of authentic Mexican dishes with a gourmet patina. Carne asada is a nice piece of tenderloin painted with a searing maple-habañero glaze that combines heat and sweet. Roasted red snapper comes with a bit of skin still on, just like you get at Eric Ripert’s Le Bernardin in New York. Spices and flavor combinations are complex. Tostadas come in five versions: tuna, crab, orange pepper glazed chicken, Dos Equis-braised beef, and a vegetarian version with sautéed mushrooms, roasted tomatoes, black beans, and goat cheese. One of Urban Taco’s most interesting trends is its reinvention of guacamoles and salsas, whose ingredient mix goes beyond the usual avocado and tomato. Six kinds of guacamole run from spicy-savory to nearly sweet, incorporating pomegranate seeds, cranberries, and papaya. Salsas come in almost a dozen varieties, with corn, mango, papaya, and pumpkin seed. It’s fun to order a trio and mix and match for contrasting flavors. It transforms them into serious dishes, almost like a vegetable side dish, instead of the throwaway garnish role to which they’re usually relegated. It’s a new way of looking at a food group we thought we already knew.  —T.G.