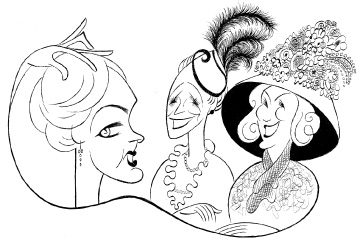 Mad Hatters mavens Yvonne Crum, Jull Rowlett, and your hatless columnist
Those who attended the mad hat-ter’s Luncheon and Fashion Show last year likely noticed something odd: the hat contest, considered by many the best part of the afternoon, was absent. Organizers wanted to go in a “different direction” we hear. Harumph. Thankfully, the powers that be came to their senses, and this year the competition returned.

It wasn’t until White Rock Lake was in our sights that we realized we had forgotten one key element: a hat of our own. We arrived at the Arboretum and shimmied into the back row of Rosine Hall as emcee Gloria Campos worked the mic. “I don’t know how you balance a pagoda on your head, but it looks great,” she said to D’Andra Simmons, whose 3-foot-high hat was, indeed, a tiered-tower masterpiece. We surveyed the crowd and realized, to our mild horror, that we were the only hatless soul in the crowd. And we were getting looks. Just one or two, but these were society ladies. They’ve perfected the art of the glare.

As the models clomped down the runway, we bobbed and weaved until we got a glimpse of the ultimate ladies of the Mad Hatter’s Luncheon and Fashion Show: Jill Rowlett and Yvonne Crum. Sitting front row, of course. Collectively, the two have won the hat competition five times. This year, they were “Judges Chairmen,” and ineligible to win. “We all need veils. They make us look so much younger,” Rowlett quipped before the winners were announced (Simmons was one, as was Carole Ann Brown, in a vintage chapeaux from New York designer Jack McConnell). 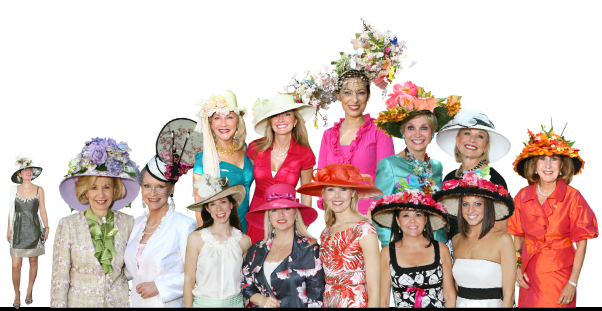 Soon it was time to lunch, and as we put our head down and headed for the table, we almost ran right into Niven Morgan, who also served as a judge (along with D Magazine’s Stephanie Quadri, custom hat maker Cassandra MacGregor, and floral designer Shane Walker). We stopped to chat about the recent Britney Spears concert (Morgan is a friend of Britney’s and caught a VIP performance in New Orleans) before dashing to our assigned table. We feverishly downed a croissant (nervous eating) while waiting for our tablemates to arrive. As we peered through our fingers, we watched them walk up with relief—six others, hatless. Misery loves company.