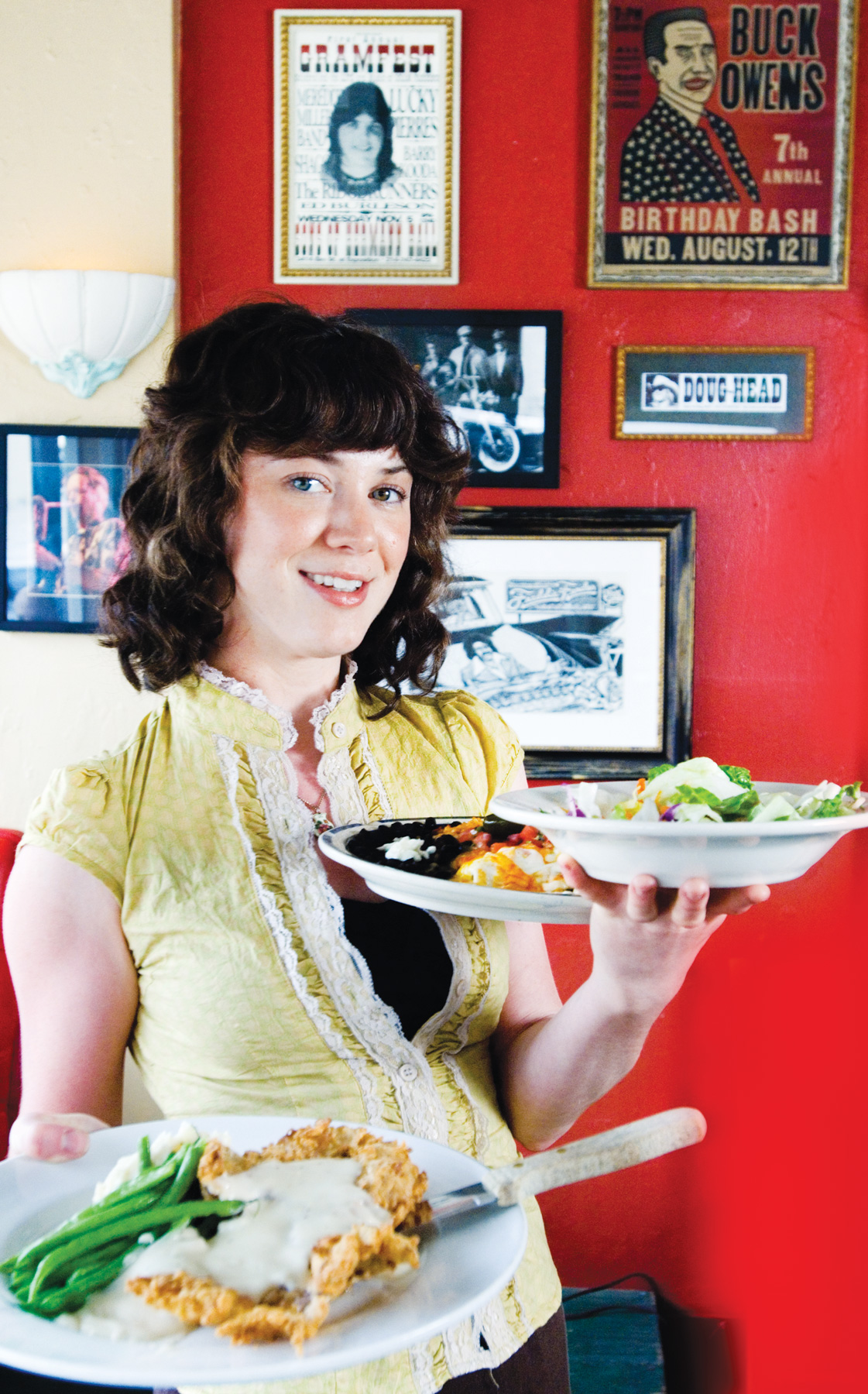 The Allgood Cafe is on everyone’s list for brunch, but on Tuesday nights, we head down to Deep Ellum for the two-for-one entree special. We love the 12-ounce sirloin steak served with pomme frites ($15.99), or the huge skillet-grilled Gulf shrimp with peppers, onions, and jalapeños, served with wild rice pilaf. Take the normal price of the shrimp, $12.99, and put it in your 401(k).

Tuesday is also bargain night at Breadwinners (all locations). They offer all of their appetizers for half price. Our favorites are the cheese plate with Manchego, Brie, smoked cheddar, and spicy Genoa salami ($7.50), and the thin-crust Neopolitan pizza with fresh mozzarella, tomato sauce, and basil ($4.50).

After 9 pm, you can get gourmet goodies at Eatzi’s for cheap. The buy-one-get-one-free policy applies to the bakery, pre-packed meals, and selected items in the chef’s case. Two meatloaf dinners, each with two thick slices of meat, mashed potatoes, and green beans, are yours for $9.99. Individual crème brûlée your favorite sweet? Grab two for only $2.99.

Skip Sunday dinner at home and head out to Kathleen’s Sky Diner, where entrees are half price from 5 to 10 pm on Sunday nights. A big bowl of shrimp and grits, with spicy jumbo shrimp, creamy grits, peppers, mushrooms, and bacon is a comfort food feast at $8.50 (normally $17), and Asiago-crusted trout with mashed potatoes and veggies is just $9.25 (regularly $18.50). Bonus: all entrees come with plenty of Kathleen’s freshly baked bread at no charge.

Uptowners pack State and Allen Lounge’s large patio every night of the week, but on Mondays, they come for the half-off pizza special. Go for the 12-inch thin-crust Jimmy’s sausage pie covered with sautéed red and green peppers ($5). Good people-watching is always no charge. 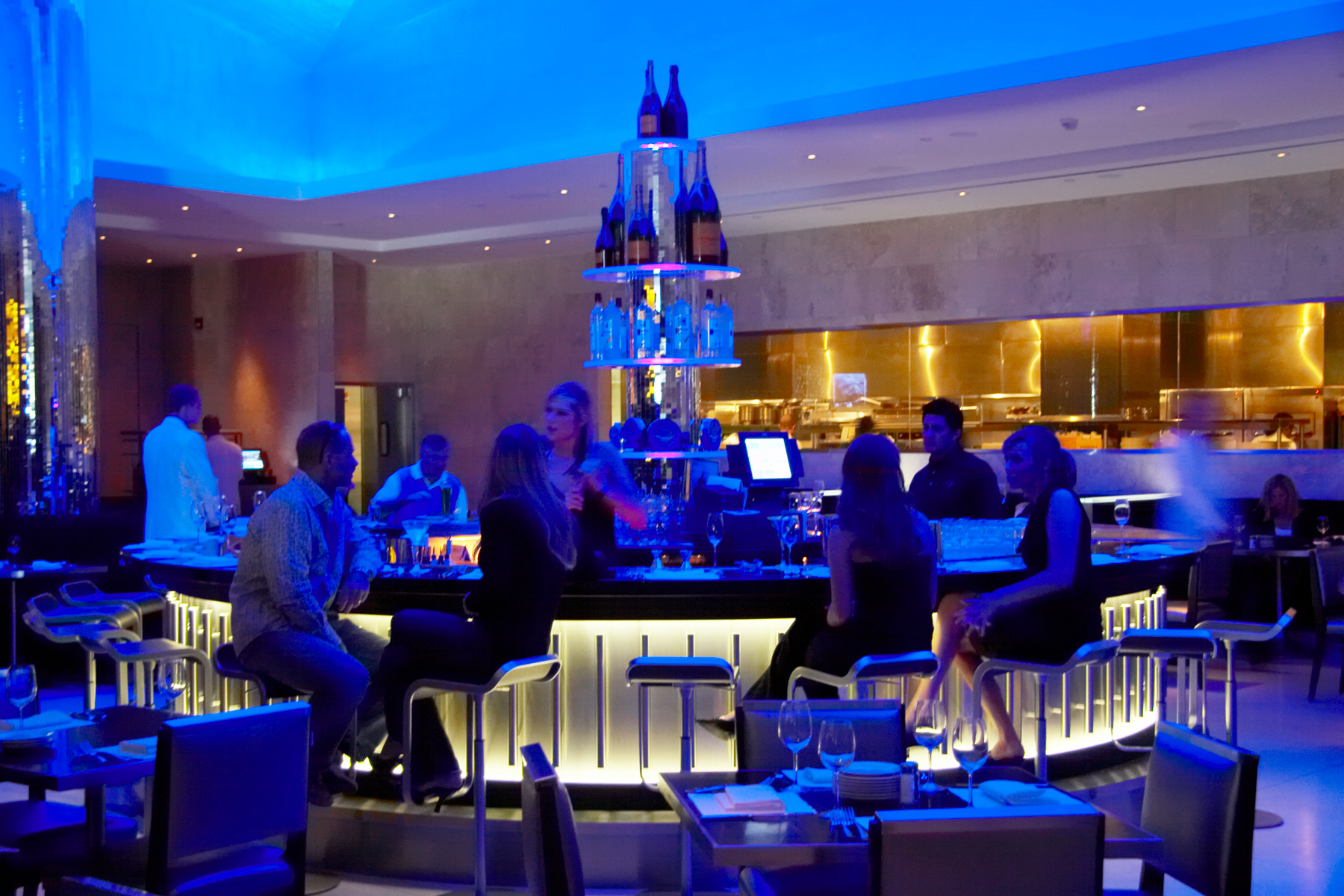 We wouldn’t call these places cheap. But go at the right times, and they’re not as dear as they’d normally be.

Headed to the theater? If you get to Adelmo’s by 6:30 pm, Monday through Saturday, chef-owner Adelmo Banchetti will feed you fine Italian food with French and Mediterranean accents—and he’ll have you out the door by 7:30 pm. Entrees normally range from $18 to $35, but the early bird three-course dinner is $23.95. Whether you opt for the ravioli Florentine or the grilled salmon entrees, don’t miss the warm bread pudding with brandy caramel sauce. 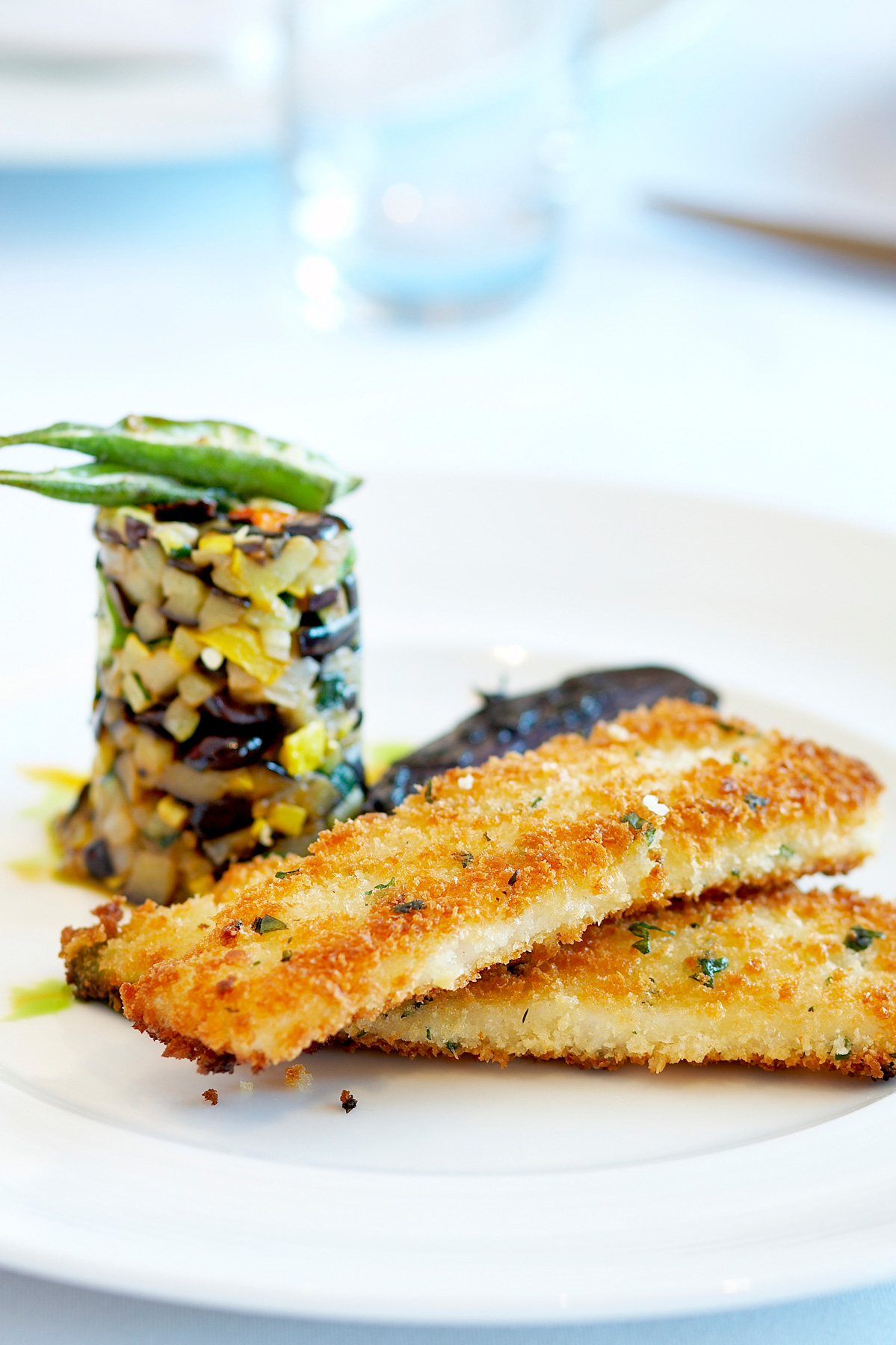 At Perry’s Restaurant, we’re partial to chef Travis Henderson’s fixed-price lunch menu ($15). After a soup (pray they have artichoke bisque that day) or a salad, we usually pick a blackened rib-eye with Creole sauce (or a penne with grilled chicken) before we sit back and enjoy a cup of coffee (also included).

Craft Dallas is home of the $28 chicken. That’s a la carte. Yes, it’s scrumptious. But we bide our time till that one week each month when Craft serves its “Family Meal,” a three-course dinner for $45 per person (and Craft donates $5 from each meal to the charity of that month). That way, we can afford not just the chicken but hen-of-the-woods mushrooms and huckleberry cobbler, too.

Dinner and live music in sexy surroundings for under $10. We found it high above the Dallas skyline in the bar at Nana, atop the Hilton Anatole. As the lights twinkle at your feet, order two Kobe beef sliders served with coleslaw and french fries drizzled with white truffle oil ($9).

The Oceanaire Seafood Room offers a three-course menu filled with their flown-in-daily fresh fish on any night ($32.95). Let’s see, New England clam chowder is a no-brainer to start, followed by a Idaho trout or Texas Gulf flounder (depends on your mood), and finished off with a chocolate chip cookie.

Even if you don’t have a ticket to a Dallas Stars home game, you can still score with the “$45 in 45 Minutes” pre-game special at N9NE Steakhouse. These aren’t skimpy portions: after a bowl of cream chicken poblano corn soup, slice into a 10-ounce sirloin served with green beans. You can always watch the game on the TV in the bar as you finish your crème brûlée. The whole dinner costs less than their top-shelf margarita ($69).

Just down the street, Nobu also offers pre-Mavs and Stars games specials. From 5 to 7 pm, Nobu discounts its signature cocktails ($7) and customized bento boxes ($25). You can go back any other night for Nobu’s special Omakase tasting dinner that runs $125 per person. But the interior won’t look any more glamorous.

Roy’s in Plano has been offering a three-course fixed-price menu for $35 for five years. The menu changes seasonally, but you can expect to find gourmet goodies such as prosciutto-wrapped tiger shrimp, braised Hawaii Kai short ribs, and Roy’s famous melting hot chocolate soufflé.

“I’m so glad you asked,” says Shinsei co-owner Tracy Rathbun. “I constantly tell people you can get out (and full) for $23 per person.” That came as a shocker to us. Entrees range from $24 to $34. Next time you’re in, ask for the D Magazine Reader Special, which includes one Kobe beef and chicken yakitori, one salmon roll, one tuna roll, an order of Thai-style fried rice, an order of teriyaki-glazed salmon with lo mein noodles, an order of chicken katsu, and a plate of co-owner Lynae Fearing’s “famous” oatmeal cookies (all dishes feed a table of four for $89).

If flexibility is your mantra, Tramontana is your best bet. Each night, chef-owner James Neel offers a two-, three-, and four-course menu ($25 to $50 per person). What he serves varies with his mood. But think pancetta- and basil-stuffed chicken wings followed by grilled Gulf snapper with wild arugula and almond pesto, sweet and spicy slow-roasted pork, and a pumpkin soufflé with brandied eggnog sabayon. 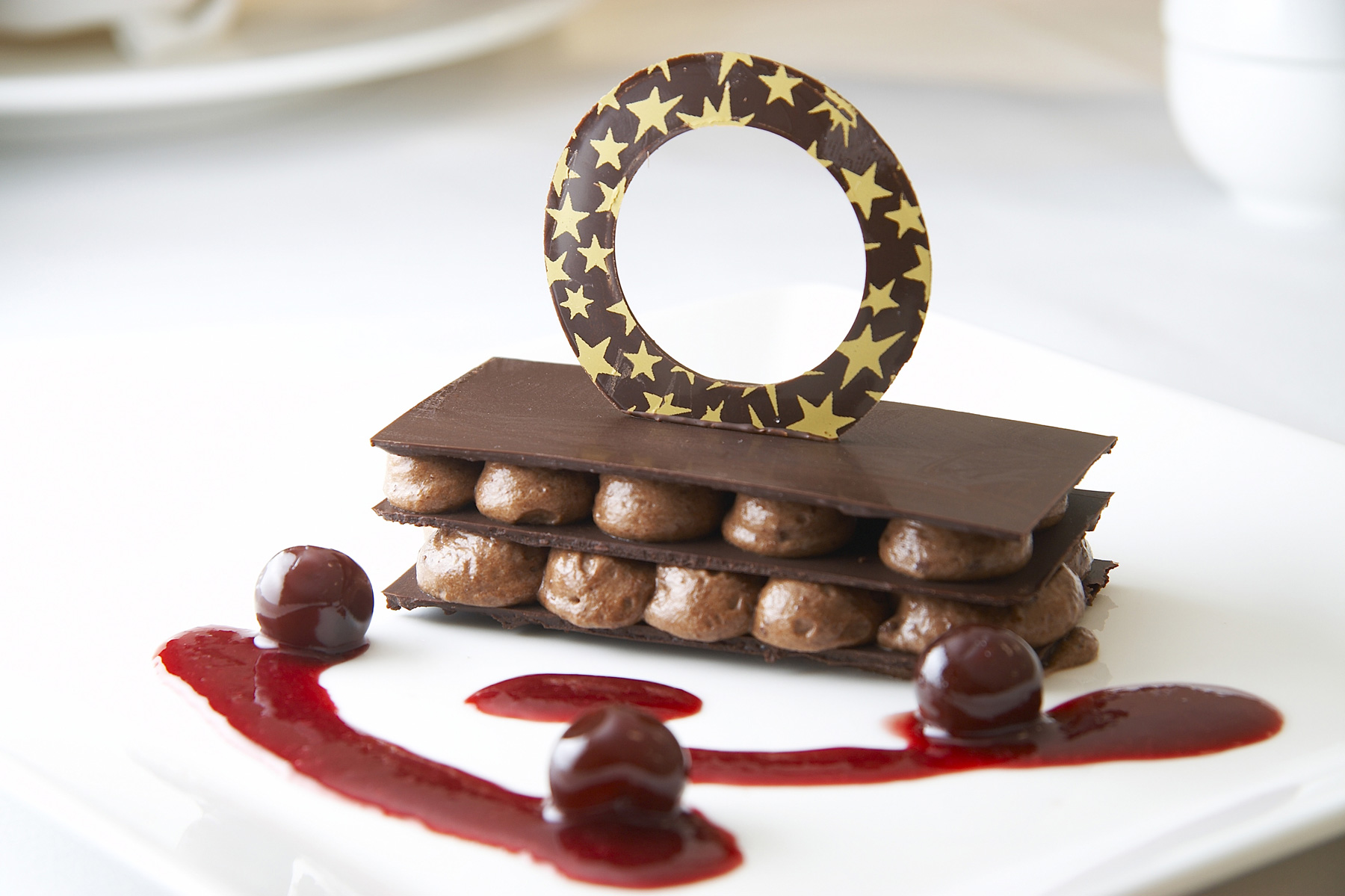 Check out the next generation of top chefs when you stop by El Centro College for a Tuesday dinner or Thursday lunch. The Food and Hospitality Institute hosts a four-course meal for $12 with a set menu that changes weekly and features American dishes like tomato basil salmon and chocolate rum espresso cake. Sadly, no alcohol is allowed.

If you’re planning a date night for Friday, why not indulge at The International Culinary School at The Art Institute of Dallas, which offers a $33 prix fixe menu. Guests choose five courses (think osso buco and asparagus soup), while perusing a wine list that has every bottle priced at $20.

For the ultimate culinary school experience, reserve a seat at Le Cordon Bleu of Dallas’ restaurant, Le Technique. Not only do they offer a prix fixe dinner for $13 Tuesday through Friday, but you can also host your own four-course dinner party. The teaching kitchen is transformed into a “chef’s table,” then you and your guests dine on dishes created by an advanced student chef and sous chef. The school’s BYOB policy means you can pop your own Veuve Clicquot and toast the fact that it’s only costing you $25 per person and there’s no clean-up. 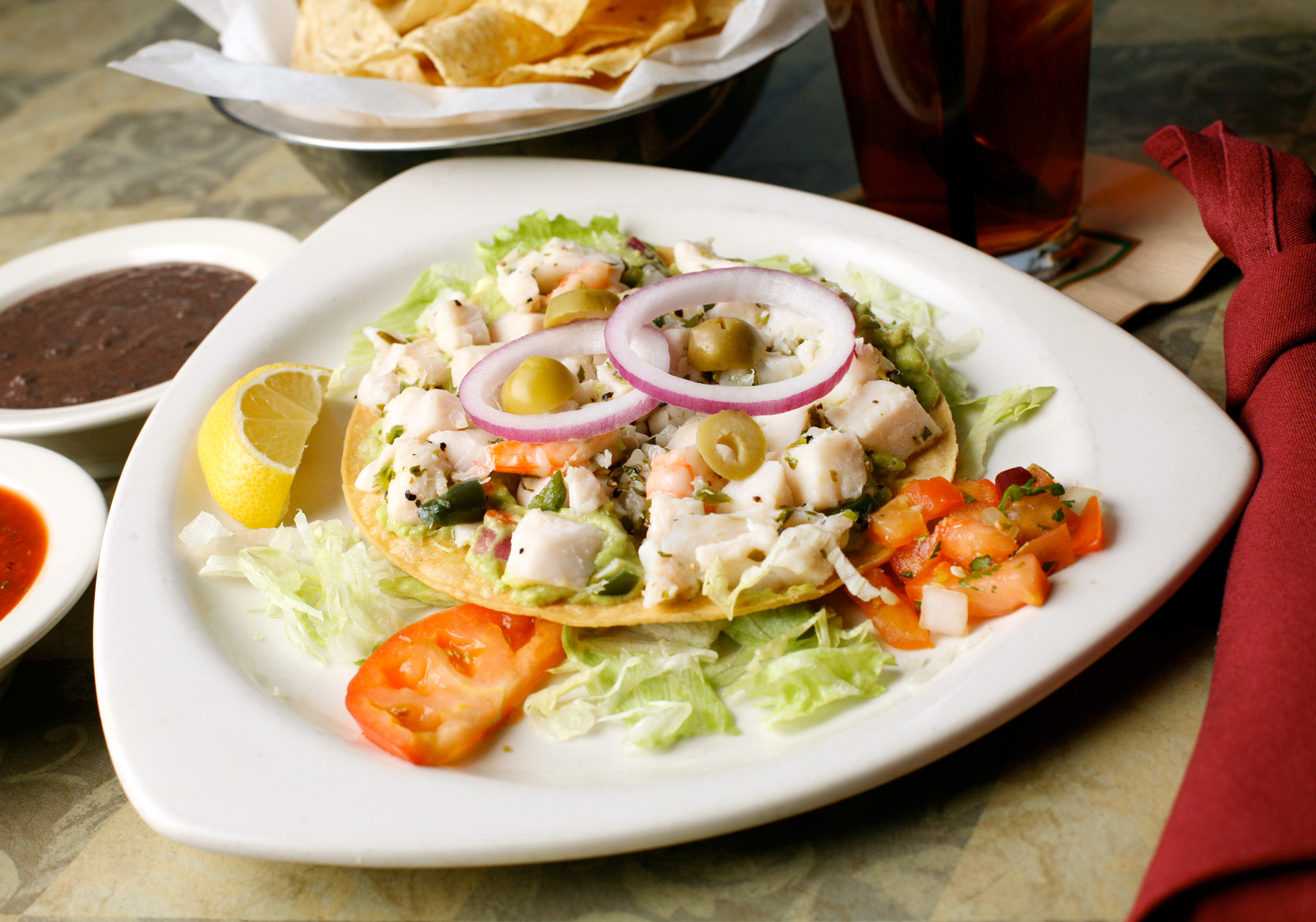 FINE FARE FOR UNDER $5

WHERE: Gloria’s  WHY: We can’t find a mound of orange roughy, scallops, and shrimp marinated in lime juice for less.

WHERE: B.B. Bop Rice Bowls  WHY: Fast food with all the flavors of Vietnam: seasoned grilled meat, crunchy, pickled carrots, fresh cilantro, and a jalapeño kick on the backside.

WHERE: Wild About Harry’s  WHY: Because we love neon green relish. And hot dogs imported from Chicago. And sport peppers.

WHERE: Chiloso Mexican Bistro  WHY: Because they’re better than the ones they sell on South Congress in Austin. And you can customize each one from a list of 10 ingredients.

WHERE: Kuai Dumplings & Soups  WHY: Because they are pretty, and each dumpling is full of ground pork, cabbage, green onion, ginger, and garlic. And we can use the word “succulent” correctly.

WHERE: Primo Brothers Pizza  WHY:If you have kids, you know why we love this place. It’s fast, cheap, and delicious. And they serve wine.

WHERE: Antoine’s  WHY: Because they have been making these sandwiches for 48 years. And we have nostalgic palates.