Bishop Arts is enjoying the thrills of gentrification, and now one of its founding restaurants is, too: Tillman’s Roadhouse, the jaw-dropping update of what used to be Tillman’s Corner. Look, there’s Howard and Cindy; I hear they’ve been coming in practically every week. It’s their new favorite place. Oh, and that’s Don and Barbara, with her spiky blond hair.

As of early February, Tillman’s was the epicenter of dining out in Dallas. Part of that could be traced to a lull in new openings (N9NE was the only big-name competition). But Tillman’s deserves credit on its own. It has the scene, food, personality, and décor—oh, the décor.

The only area that didn’t shine was the service, which ran slow. But they looked good, those cute boys in their Western shirts and Brad Oldham-designed belt buckles, which might explain, at least partially, why they were hired.

So-so service or not, most diners seemed grateful by the time they finally plopped down at a table, as Tillman’s irritatingly does not take reservations. Unless you’re willing to eat before 6 p.m., you can plan to wait. You’ll get to know the bar up front, with its cool chairs, tree-stump tables, and wall made of sliced logs. You’ll spend too much money on blood orange and prickly pear margaritas. When the conversation stalls, you’ll gaze at old movies like Smokey and the Bandit on the bar’s projector, just as you once did in the bar at Star Canyon.

But pretty quickly after you are seated, you’ll be snapped out of your stupor with a pair of exotic freebies: crunchy popcorn flavored with truffle oil and roasted shelled peanuts, both served hot in long pewter ladles, both addictive.

This is the time to take in the view: 15-foot-tall ceilings, sparkling Murano glass chandeliers, and scarlet bordello-esque curtains that function as movable room dividers. Planks of pale blond pine sheathe the kitchen. On the far wall hangs a constellation of photos, randomly placed just so, which hung when the restaurant was Tillman’s Corner. The cleverest touch is the display of realistic but wood-carved deer heads—a humane way to maintain your hunting-lodge theme. The interior, a makeover so extreme it qualifies as a new restaurant, comes from high society’s favorite design-and-events team, Todd Fiscus and Rob Dailey, who partnered with original owner Sara Tillman and chef Dan Landsberg.

Little about Landsberg’s past at Stephan Pyles or Seventeen Seventeen hinted at the mischief exhibited by his food here. His Texan-Southwestern menu has tongue-in-cheek wit, which matches the interior perfectly without detracting from the essential heartiness of the food. A single-serving bag of Fritos on the side provides the Frito Pie with a sly wink. But the dish used venison for novel thrills, and the chunks of delicious meat in chili porridge fell apart appealingly in the mouth. 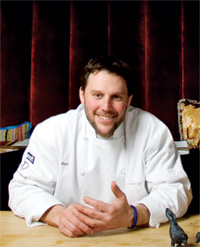 Chef Dan Landsberg. photography by Kevin Hunter Marple
photography by Kevin Hunter Marple
The fries star as the hands-down showpiece. They came in a rectangular wooden box branded with a T, divided into three compartments for three kinds of potatoes: regular Kennebec seasoned with Parmesan cheese and black pepper; sweet potatoes dusted with chili powder; and purple potatoes sprinkled with smoked salt. The ketchup was house-made and fine, even if it lacked the cheery brightness of Heinz. A house-made mayonnaise came spiked with diced sweet pickles.

Salmon is something people order because it feels safe and non-threatening. Landsberg’s version rocked the boat ever so subtly, with a honey-lavender glaze that created a wonderfully delicate topping, almost like the sugar crust on a crème brûlée, with a slight sweet scent and a fork-tender texture inside.

Give Tillman’s points for offering a vegetarian dish as intriguing as the roasted acorn squash, a half whose carved-out center brimmed with juicy wild mushrooms, even if the squash was a bit dry. On the side came asparagus, roasted fingerling potatoes, and terrific green beans, battered and fried, like Japanese tempura vegetables, a trendy preparation these days.

Also trendy is hanger steak, and Tillman’s version was surely unique, with the meat cut into chunks, battered, and chicken-fried. Nice effort, but not so good to eat. In this lower-priced cut of meat, it only reinforced the lack of flavor and refinement. 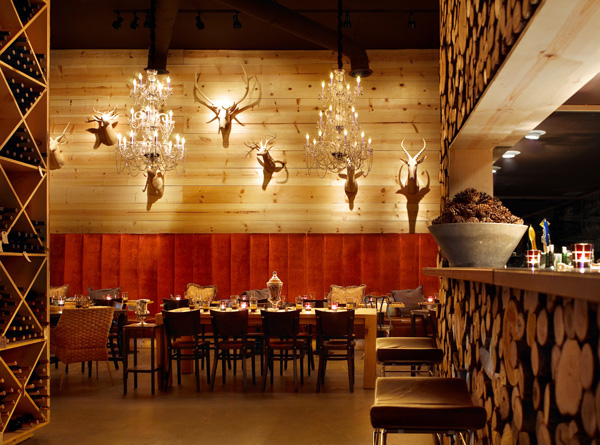 S’mores have been cresting up as a restaurant dessert, but Tillman’s beat them all, with every ingredient made on the premises: cinnamon-and-sugar graham cookies, fudge-thick planks of dark chocolate, and marshmallows in three flavors (soft-and-sexy puffs of maple, coffee, and orange, all dredged in powdered sugar to make them easier to handle). It came with tongs and a small burner, hardly necessary.

What a sweet stroke for Sara Tillman, who opened Tillman’s Corner in Bishop Arts way before the artists moved in. Her chef and husband, Ricky, died in 1997, but here she is now, riding a second wave.