That strange house, with jail doors and barred windows, standing resentfully in the middle of Highland Park. The image dominates my memories of Dallas and my early life.

Click for more about this remarkable story.
We all have to go home again, we are told, at one time or in one way. Much of our exploring is a journey to arrive at the place where we started and to know it for the first time. So when I returned home to search out the story of Cosette Faust Newton and her dream home turned prison, I found the beginning of my own story within hers. I found memories which inevitably connected with Turtle Creek: sitting by it, wading, catching crawdads with bacon and strings tied by my grandmother, climbing in the native cedars and pines that grew along its banks. Often I waded barefoot, meandering down from where the creek came out from under my grandfather’s house on Drexel, past the Fleming house, under the little stone bridge across from Armstrong School, and down, deeper between the limestone walls. Across the street in a tiny park is still a stone bench, where my mother’s family, aunts, and uncles were photographed, as was I, and my children years later.

In searching for people who had known Cosette Newton, I spent a weekend in the countryside permeated with the smells and sounds that meant growing up in Texas: the crickets and bullfrogs in dark wet fields, cicadas droning in mesquite trees, the heavy sweetness of fresh-cut clover. A wide slash of a hot magenta sunset rolled behind me as I sped into darkness, into the small towns of Glen Rose, Hillsboro, Corsicana and Kemp, deeper into the small-town stories where in the old days, when somebody’s father died, the mother shocked the town by marrying her nephew, and blacks were buried in separate graveyards, with wild garlic planted on three sides. I took morning walks with my grandfather, Walter Verhalen, and visited old family friends who invariably had their own recollections of Cosette. It was through my family that I first encountered her: A wide-eyed 12-year-old, I was led by my Aunt Sue on a public tour of Cosette’s ransacked home and back-yard ship of dreams at 4005 Miramar. I was to return many times over the next five years. 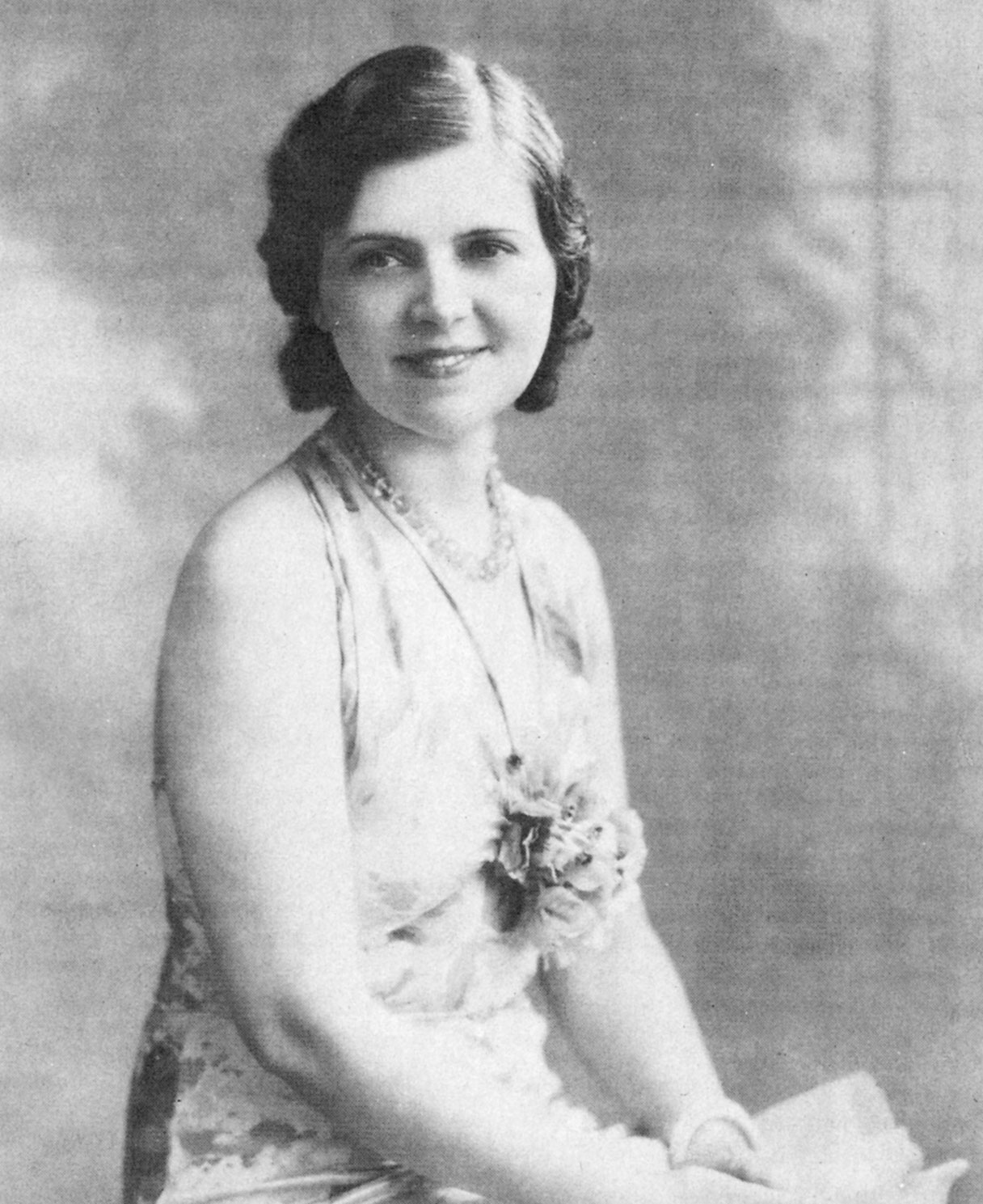 Cosette Faust Newton
On Sunday afternoons in the late 1950s, when the air was thick with heat and the steady drone of cicadas, I would often go “exploring” the abandoned home of Cosette Faust Newton. I was fascinated by this anomaly in the middle of exclusive Highland Park: the cyclone fence surrounding the house, topped by barbed wire; jail bars on windows and doors throughout; the secret entrance to the basement from the outside. In the back yard were remnants of a large ship, and a tall tombstone, which read: “S. S. Miramar (Mock Yacht)/Born Dec. 9, 1941/ Died April 18, 1956. Slowly killed by envy, jealousy, some cruel neighbors, delinquent vandals and parents, and officials of Highland Park.” Back near the alley there was a cement fence, 36 inches thick, topped with broken glass.

It was a feat to get inside the house, given all the barriers. The most obvious entry, and the one requiring the most daring, was through the basement, which was filled with debris and darkness and cell-like rooms that rumor held were used for keeping prisoners. In the back of my memory there is still a chain hanging out of one of those basement walls, like a loose thread on an old coat. The house was rank with mystery.

Inside, the house was chaos. Furniture, books, clothing, glass, photographs, posters — all were strewn about, broken and heaped in some random fashion that begged, “What happened here?” over and over, from room to puzzling room. I imagined one of our Texas tornadoes having struck the grounds and interior of the house, leaving all in utter shambles, except the walls and roof, which were strangely intact.

Upstairs and down, closet shelves had been intricately marked with labels and drawings to show that every item imaginable had once had its own place, from thimbles and tweezers to large cook pots. A friend recalls that the living room floor had been sawed in half and dropped neatly into the basement. Jail doors, bought from a prison supply house, were erected throughout. The disarray was astonishing. 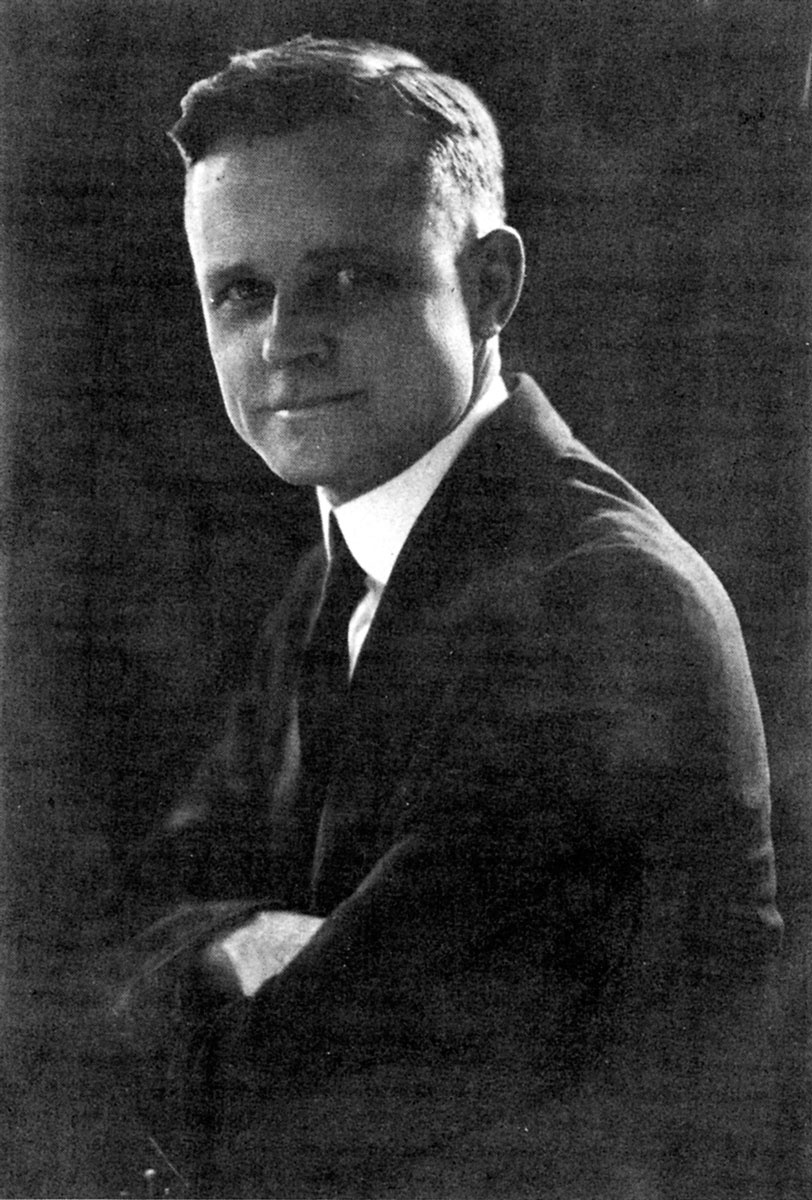 Dr. Frank
One Sunday in 1960, when I was a junior at Thomas Jefferson High School, I was arrested for trespassing by the Highland Park police. Mortified, I was taken to the station and booked. The police called my mother. While waiting for her, I had a conversation with one of the officers about the Newton house and how it came to be in its sad state. He made brief mention of zoning ordinance violations, parties on board the ship, and neighbors’ complaints. But what lodged in my mind were the officer’s stories of how the house had been booby-trapped by Dr. Cosette Faust Newton. I was informed that a full-length mirror might have dropped on my head, or a toilet bowl, or that a trap door could have plunged me into the basement, or that there could well have been a vagrant hidden away in the house … waiting. All in all, I became thoroughly convinced that in fact I had narrowly escaped with my life and that the officers had rescued rather than arrested me. I was grateful. When I appeared in court not long afterwards, I duly promised the judge that I would never again enter the Newton house.

The Newton house is gone now. So is every trace of the good ship. It was all dismantled, torn down, carted away, and smoothed over not too many years ago. Another Highland Park house stands at 4005 Miramar. But nearly everyone who lived in Highland Park in the ’40s, ’50s, or ’60s knows something of Cosette Faust Newton, her ransacked house and fantastical back-yard ship, the S.S. Miramar.

Writing this story has been like standing inside a kaleidoscope: One slight turn and all the pieces break apart and fall into a new pattern, a different configuration bearing little resemblance to its predecessor.

Consequently, what you will find herein assembled is a certain amount of information, speculation, and interpretation about the years 1889 to 1975 in the life of Cosette Faust Newton. That is all. You yourself would have assembled these pieces differently. And you will have to draw your own conclusions.

I returned to Dallas from San Francisco a year ago last summer and discovered that although Dr. Cosette Faust Newton had died in 1975 at the age of 86, her husband, Dr. Frank Hawley Newton, was still living. A retired eye surgeon, Dr. Frank was managing the S.S. Miramar Museums at 2215-2219 Cedar Springs. I made a visit to the museum, introduced myself to Dr. Frank and began my attempt to piece together some understanding of what had happened to their house.

As I wandered through the odd collection of clutter, I began to notice that many of the displays were actually of Cosette — old newspaper clippings; photographs of a young beauty with dark marcelled hair, dressed in a variety of exotic foreign costumes; printed circulars describing a variety of travels. One flyer noted a “Third Season of Illustrated Lectures” to be given by Cosette, and claimed that she held 12 advanced degrees, was a former professor of literature and a world traveler, who had recently returned from a “Special Mission to Turkey, Syria, and Palestine, in addition to Three Years in the South Seas and Oriental Countries.”

If known by her fellow townspeople as the eccentric lady with the ship in her back yard, the Cosette that Dr. Frank kept alive in the Miramar Museums seemed on the other hand to be an attractive, intelligent, intrepid, and thoroughly modern woman. A surprising amount of that image turned out to be reality.

Mary Cosette Faust was born in Kemp, Texas, in 1889. She claimed her father, who adored her, began reading the classics to her when she was three days old. Be that as it may, the early decades of Cosette’s life are an astonishing record of achievement. By the age of 36, she had accumulated a B.A. and a B.S. from SMU, an M.S. from the University of Texas, a Ph.D. from Radcliffe, an M.D. from Baylor, and a J.S.D. from NYU. (She claimed an additional six degrees, sometimes seven, that I was unable to verify.) From 1917 to 1919, Cosette served as associate professor of literature at SMU, and acting Dean of Women. As late as 1975, she was listed in the International Who’s Who in Poetry.

A former student of Cosette’s, who wishes to remain unnamed, recalled her with gusto as the most fascinating teacher he had ever had. But although she had a photographic memory, he adds, she was singularly lacking in common sense. When she left, some campus rumors held that she had been fired for advocating free love, while others maintained that she had left to begin a career in medicine.