Folks in Preston Hollow don’t always consider it a gift when they hear Californians are looking for property in the area. So it’s understandable that a few were a little less than excited about the prospect of a San Francisco couple buying a 1930s-era home in the neighborhood back in 2017.

But what they didn’t know is that this particular couple had some pretty strong ties to the Lone Star State. In fact, the Quicks met in Texas—Robert is an SMU alum, and Mary Lu grew up in Preston Hollow and graduated from TCU. And though they had headed west to launch Robert’s career as a restaurateur, a return to Dallas had always been in the cards.

A special thank you to Holiday Warehouse for supplying and installing this festive polar bear, along with the Christmas tree and mantel garland.

“Mary Lu felt strongly about coming back here and preserving one of these cool older houses,” says Robert. “When we found this one, we knew we could elevate it, bring it into the modern age, and still keep a piece of Dallas history intact. But when we started construction, pretty much everyone around here was holding their breath to see if we were going to be those people and totally scrape it.”

Once the community realized the Quicks intended to maintain the spirit—and the footprint—of the historic home, there was a collective exhale, and the couple could get down to the business of making the space work for the 2020s. Mary Lu, a talented interior designer and partner with MMaison Interiors, teamed up with contractor Clay Kennedy and set about on a top-to-bottom renovation that included updating the exterior, enclosing and adding upstairs bedrooms, eliminating the main staircase, and expanding the choppy kitchen. And although she kept some elements like the original wood floors (re-stained a dark shade of espresso), she layered in an abundance of new materials like rift-cut white oak in the kitchen and living room, burlwood in the master bedroom, custom metalwork on the back stairwell, and a generous helping of Calacatta Viola marble.

“The marble people were still very much all about the Calacatta Gold, but I knew I wanted something more graphic” she says. “It’s been funny to see how people react to it. My aunts have all let me know they don’t like it.” 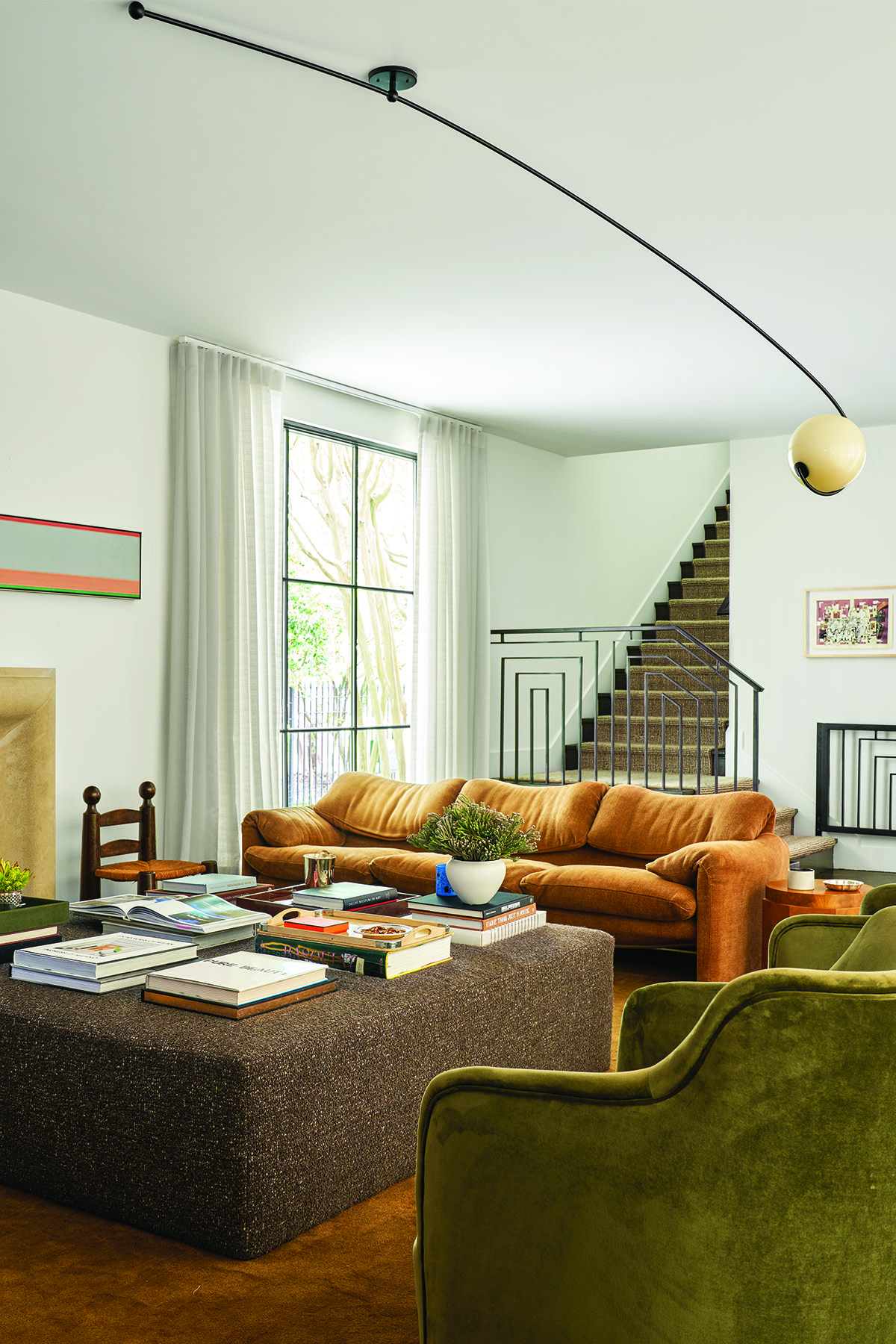 Mary Lu created a cozy living area for television watching and hang outs with comfortable, contemporary furnishings and custom metal work on the stairwell (and a matching baby gate) that was inspired by the work of artist Frank Stella.
Nathan Schroder

Marble tastes aside, Mary Lu credits much of the five-bedroom, 5.2-bath home’s decor to good old-fashioned—and fashionable—family values. In a nod to her late grandmother, noted Dallas art collector Lupe Murchison, she and Robert enjoy displaying modern art in both their home and his restaurants, including Preston Center’s Il Bracco. “My grandmother helped found the modern art section of the DMA,” Mary Lu explains. “She always lived in these architecturally significant homes, and her home in Dallas was traditional but filled with modern art.”

The idea to outfit her dining room with a pair of brass tables was also inspired by her childhood. “My mother had two tables at our ranch. For smaller dinner parties, she’d just use the one, but for bigger crowds, we’d turn them together and create a giant table,” she says.

And then there’s her favorite room in the house, which was influenced by the newest member of the family. “Robert and I naively lived here in one little room during the renovation. We got pregnant with our little guy during that time,” says Mary Lu with a laugh. “So the nursery came together a little later in the process, and I just love it. There’s a real vibe when you’re in there.” 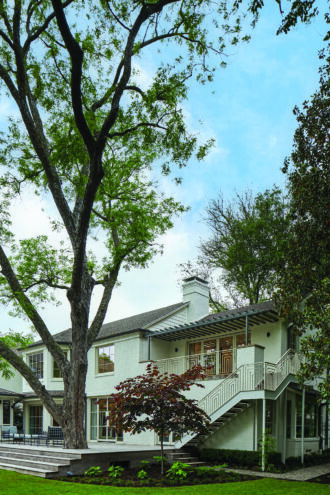 One of the pluses of the .8-acre property was the trees. The Quicks brought in an arborist to help revive an ailing oak and gave the exterior a “slightly contemporary cleanup.”
Nathan Schroder 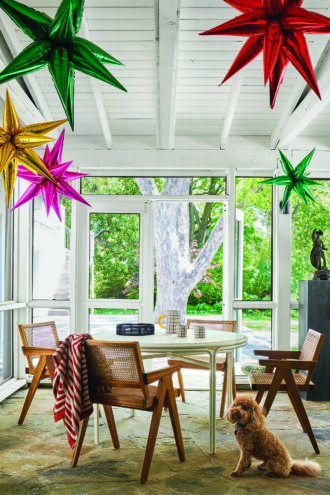 The screened-in porch was added by the previous owner and had a “dark wood, cabin-y” feel. The Quicks painted everything white and added mylar balloons for a festive touch.
Nathan Schroder

We tasked Mary Lu Quick with making a list—and checking it twice—of her holiday decorating must-haves.