Nearly everything in the world is worth collecting, according to Don Mayborn, “as long as it’s displayed correctly.”

The now-retired antiques dealer spent decades spreading the more-is-more gospel at Uncommon Market, his much-beloved curiosity shop noted for its carefully curated European furnishings, industrial antiques, commercial signage, and architectural artifacts. “Back when we opened in 1971, my brother Ward and I set out to make it one of the top five destinations to visit in Dallas,” he muses. “And I think we succeeded.”

Uncommon Market’s lovingly layered displays caught the attention of looky-loos and serious collectors alike. “We got really good at putting things together, so it was a fun place for folks to just come in and see what was going on,” explains Don. Eventually, businesses came calling. When “clutter” restaurants like Chili’s, TGI Fridays, and Bennigan’s needed graphic signage, vintage tins, and pennants aplenty, corporate designers knew where to find the good stuff—as well as good ideas for how to show it all off. 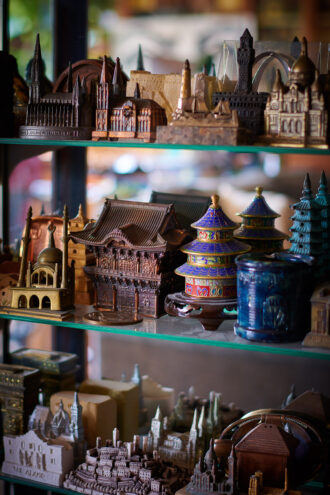 Don's miniature buildings collection has grown to more than 400 structures and he’s ready to give that world to someone else. “I’ve sold three of my best collections, including this one, to a museum.
Elizabeth Lavin 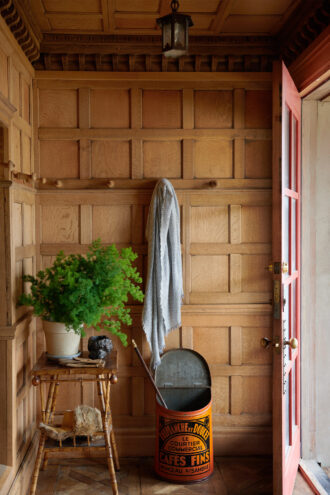 Don transformed the entry of his Preston Hollow digs with a heaping helping of wood sourced from across the Pond. The wainscoting on the walls and ceiling came from an English office building.
Elizabeth Lavin 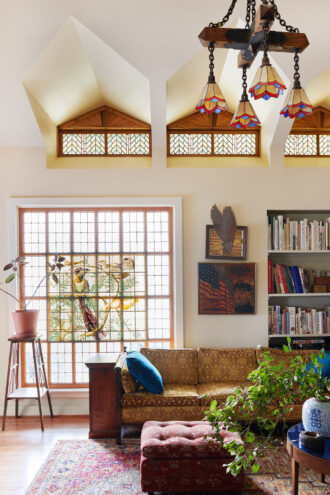 Reclaimed stained-glass windows—sourced from a Methodist church—make a huge impact via custom-crafted transoms throughout the residence. “It’s mottled glass, so it makes it a little hard to see outside,” he says. “But on the plus side, no one can see in either!”
Elizabeth Lavin 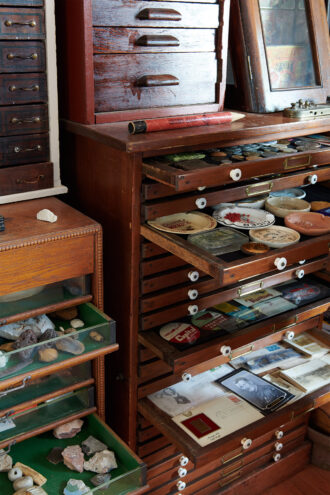 “Since I’ve moved to the lake, I have placed fun finds and little stacks in drawers just waiting to be discovered. You pull out a drawer and there are ashtrays. In another one, it’s money. On their own, they’re not that special. But all together, they mean something.”
Elizabeth Lavin

These days, Don’s buying trips have gotten a little less exotic, and his nephew Scott runs the shop with his wife, Laura. But Don’s personal collections continue to grow at his long-time Preston Hollow home, where he and his wife, Cheryl, raised three children, as well as the Lake Quitman cabins where the couple spends most of their time now. “All the collections I have are open-ended,” he says. “It’s a lot of one-of-a-kind objects—World War II souvenirs, mini sports memorabilia, and architectural pieces from places like Pompeii and the Berlin Wall—things that you might not know what they are right away. They require the story.” He has also taken to picking up treasures on his daily walks along the shore, most of which have more of a man-made provenance than natural beginnings. “I have a collection of things I find on the shoreline—corks, keys to Sea-Doos, fishing lures, and cigarette lighters,” says Don. “If I find two or more of something, I think of it as an omen for a good day.”