“I feel like I’m finally finding my people,” says lifelong Los Angeleno Sharon Lee on her December move to Dallas. Though the trained artist, interior designer (who logged time under lauded designer Michael S. Smith), and founder of home decor company Krane Home has been a West Coaster her whole life, she admits she’s always related more closely to the design sensibilities of the Southern set. “When we were looking for homes here, there was so much color and wallpaper everywhere I looked, and it made me so happy,” she says. “People in Dallas truly appreciate and know how to decorate a home.”

Lee’s aesthetic—a blend of her Korean heritage, California upbringing, and extensive design background—is evident in Krane Home’s hand-painted wallpaper and textile patterns. Influenced by her mother and grandfather, both Korean artists, Lee founded the company in 2012 to introduce others to the work she grew up with. Symbolic elements from Korean art, thought to invite specific qualities into the home, are incorporated into each of Krane’s designs—peonies, for instance, represent abundance and wealth; tigers are said to bring protection; and the company’s namesake crane symbolizes longevity. “In ancient times, you would commission a tiger painting and place it at the entry of your home,” explains Lee, whose work allows homeowners to reap the auspicious benefits in a modern way, be it “in a painting, on fabric for curtains or upholstery, or in a wall covering.” 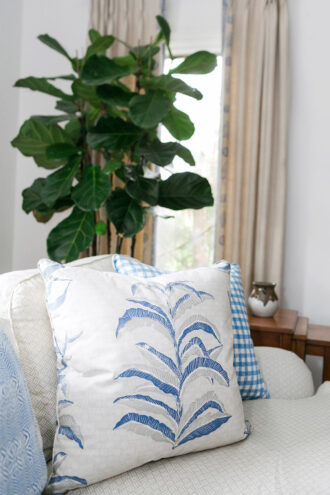 Last year, Lee shifted to an e-commerce business model, allowing her to offer product direct to consumers and trade alike. Krane Home already had an established client base in Dallas, making the move to Texas a natural fit. Pictured: Krane Home's pillows in "Banana Leaf" and "Block Print Gingham"
Courtesy of Krane Home 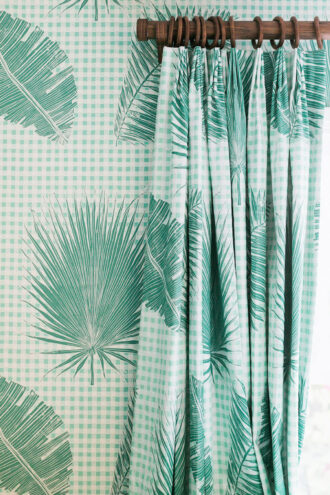 Since relocating with her husband, Max Clark, and their two young sons, Lee—whose California Spanish bungalow was featured in House Beautiful—has been feverishly outfitting her University Park “forever” home. “We’re going to be wallpapering, like, every square inch,” laughs Lee, who intends to represent every pattern she stocks in some capacity. And while uprooting her business made sense, as she already had an established clientele in Texas, don’t look for a retail space or showroom presence anytime soon; last January, Lee pivoted to an entirely e-commerce model, allowing her to streamline processes and offer designer-quality products at more accessible prices.

Lee says she’s excited for the change of scenery and how it will influence her work, but her eagerness stretches beyond just professional endeavors. “I feel like Texas has always been sort of my design Mecca,” she says. “I think I’m going to be able to fully embrace who I am and not hold back. I’m really excited about that.”

Lee shares the five things she’s most excited about living in Dallas: