A flair for the dramatic helped Jesse Neargarder find his calling. While working as a theater actor, he created sets for several productions and, in the process, discovered a love for design. Today, he carries that knack for “setting a scene” into the interiors of Dallas restaurants with his company, Foxcroft Studio. (Recent projects include Drake’s, Lucky’s Hot Chicken, and Hudson House.) “Restaurant design is really fun because it has a big component of theater to it,” he says. In the Oak Cliff home he shares with his husband, architect and kitchen designer Eugenio Reyes Retana, Neargarder is constantly changing things up. One thing, however, remains constant: He cares more about the feelings he wants to evoke than strict laws of design. 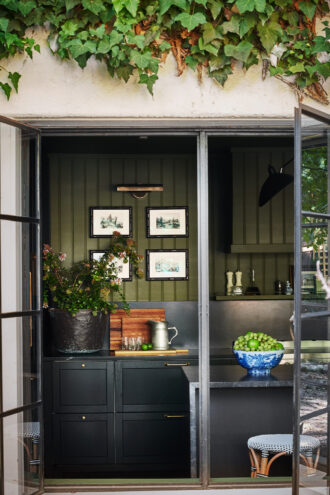 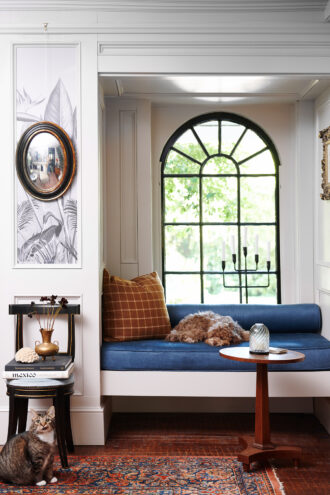 Growing up, Neargarder loved the window seat at his grandmother’s house, so he created his own nook where the front door once was.
Elizabeth Lavin

“I’m definitely not a purist,” he says. “I prefer to turn things on their head.” When it comes to the holidays, Neargarder celebrates his husband’s Mexican culture with a non-religious Posada. Traditionally a celebration of Mary and Joseph’s search for housing in Bethlehem, in Neargarder’s house, it involves a piñata and a party with loved ones to ring in the season.