The state-of-the-art LED technology used in the Sayahs’ modernist home not only affects how each room appears, but it also changes the family’s mood with the simple adjustment of an app in the owners’ iPhones. 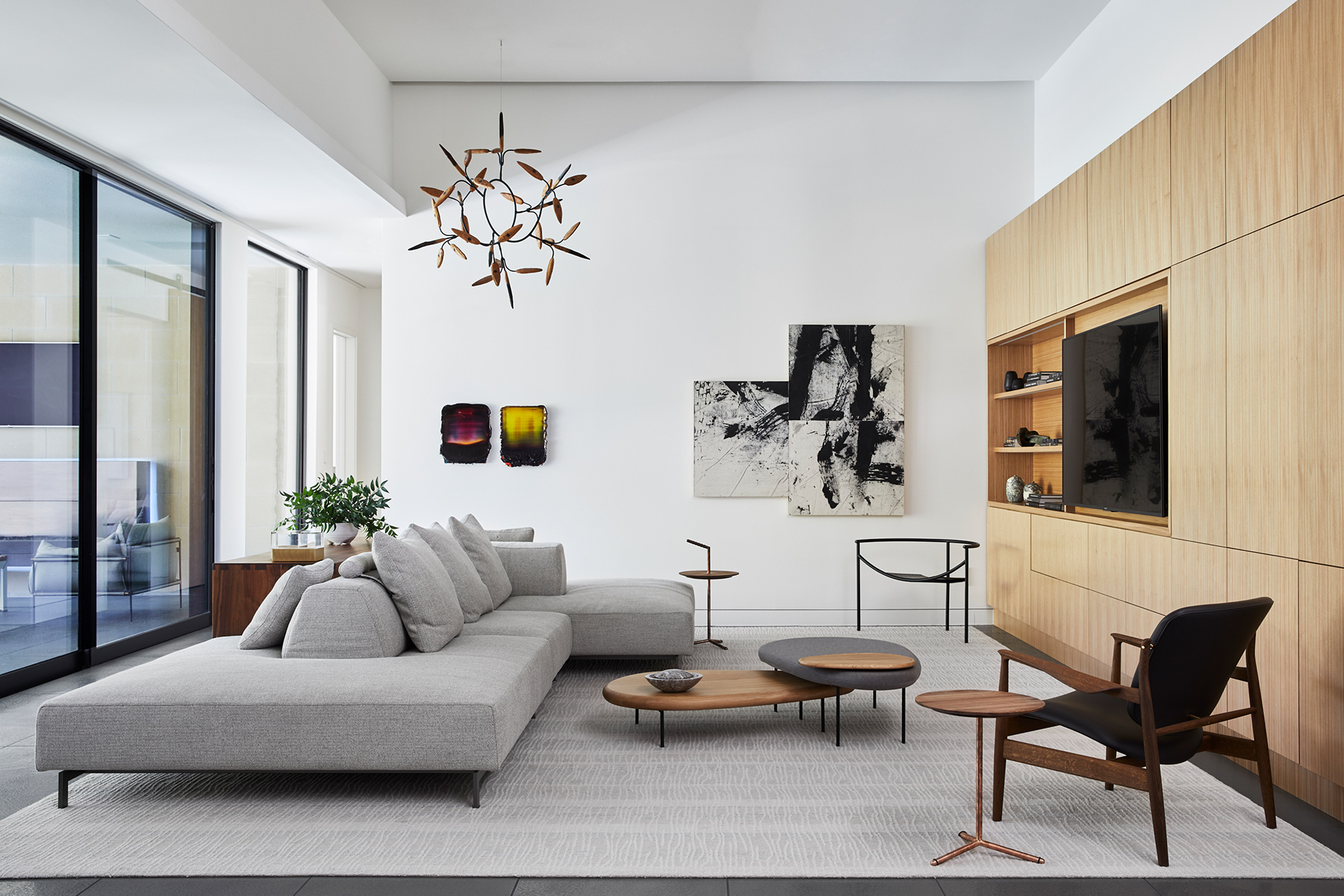 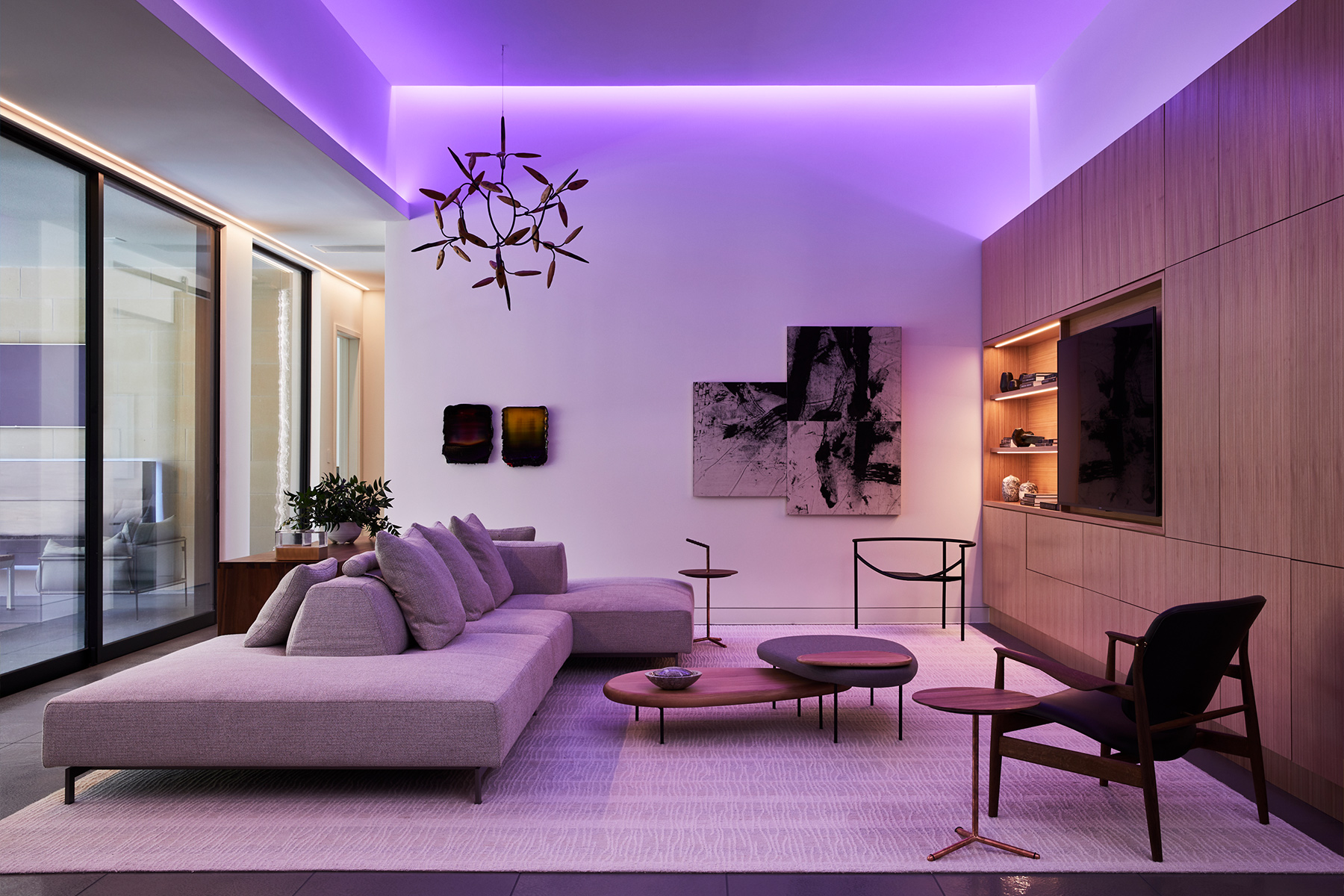 Jon Sayah was destined for a career exploring the limits of light. His father, Larry, founded Dallas-based Lights Fantastic nearly 60 years ago, and he joined the family business after 15 years working for Lightolier Genlyte in New York and Chicago.

Inspired by the advancement of LED in the past few years, Sayah used his personal home as an opportunity to mix business and pleasure. “LED lighting is such a new technology [and one that is] moving so quickly,” says Sayah. “I wanted to show what you could do with this new vocabulary.”

To create a home that served his family’s needs and functioned as a kind of living showroom, he approached the architects at Bernbaum/Magadini.

“I like to say architecture is the body, interior design is the fashion, and lighting is the character.”

“We work with lighting designers on most of our projects, but this is on another level,” says Bruce Bernbaum, principal and co-founder. “It was a kind of lab for him and for us—we were getting an education during our design process.”

After a year of planning and more than a year of construction supervised by Mark Hayes of Hayes Signature Homes, Oldner stepped in.

“Jon calls [our techniques] ‘recipes,’ ” says Oldner, who initially collaborated on Lights Fantastic’s retail space and Lights Fantastic Pro in Lewisville. “You add this downlight and that downlight and give extra emotional content to the room. I like to say architecture is the body, interior design is the fashion, and lighting is the character. If you put good clothes on, you might have a building that’s a print model, but good lighting takes a print model and, through emotion, makes it a movie star.”

Dressing that movie star was the job of interior designer Joshua Rice. Rice has built his reputation on an effortless mix of modernist furnishings and work from up-and-coming artists, and the inviting environs he created for the Sayahs was no exception. Working with his clients, he settled on a more austere palette to let the colorful lighting do the heavy lifting.

Because the couple has three young children, the open living area serves as the heart of the home, and Rice pared back visual clutter with sculptural furnishings from the likes of Living Divani, Draenert, and Philippe Starck. 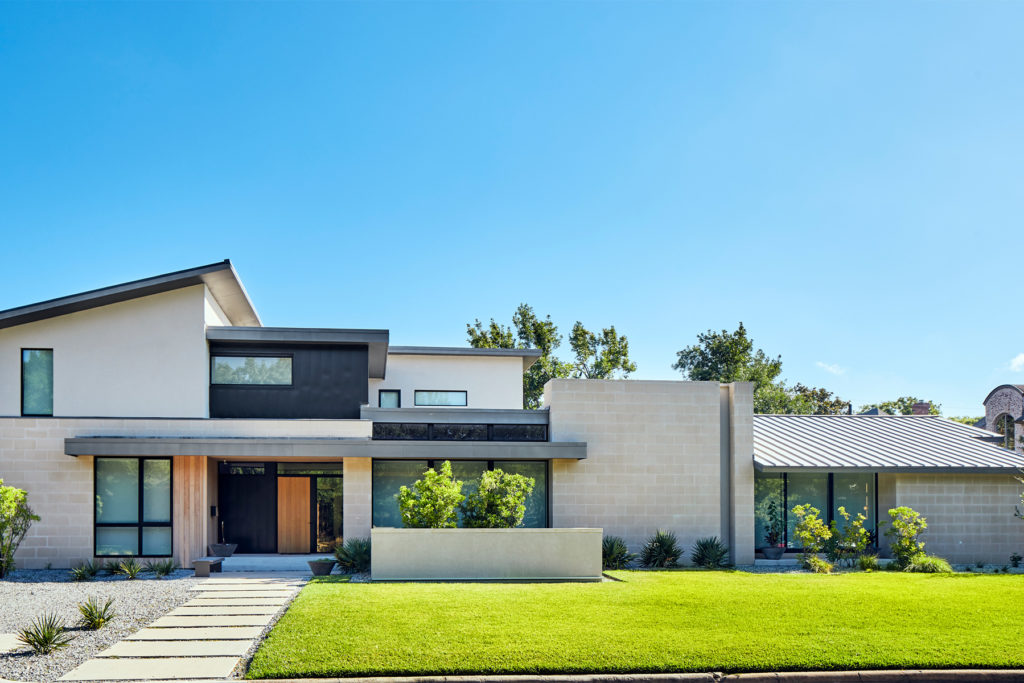 The home was designed by architecture firm Bernbaum/Magadini and built by Hayes Signature Homes.
Cody Ulrich

“Jon wanted good lighting, and Julie wanted a comfortable house the whole family could fit in. My job was to make all their dreams come true,” says Rice. “It is kind of neat to have the interior be so minimalist and calming; then you can turn on a bright light that comes out of nowhere, and it completely changes the space.”

With hundreds of designers and architects having toured the Sayahs’ home to date, Jon’s vision has already proved successful. The family has grown to love the way the colors allow them to completely change a room. Lighting designer Oldner feels the future lies in the color-changing fixtures. “As the price points get closer [to the cost of incandescent fixtures] and people start to understand how much emotion you get out of changing the color in your house, they’ll become the standard,” he says. “Light quality will be part of your lifestyle, so you’re resting better, repairing better, and improving your quality of life by using the right light.”

Early adopter Sayah can attest to the life-altering effects that light brings. “We’ve been doing lighting the same way for literally 100 years, but this is truly a revolution,” he says. “This [technology] adds a new layer of creating moods, creating control, and making every space feel bigger and brighter. I love everything about this house.”

15 Ways to Embrace the ‘Under the Sea’ Trend