Enjoy unlimited access to all of our incredible journalism, in print and digital.
Subscribe Now
Advertisement
Furnishings

Sturdy, sleek, and touchably textured, leather is a designer’s secret weapon. But it takes someone with an eye for quality to elevate the final result. In Dallas, that person is Larru Leathers owner Marcelena Recatune.

Embracing the techniques of Old World craftsmen with a modern eye, Recatune and artisan Alejandro Mejia have constructed everything from desktops embossed with owl medallions for the Crow headquarters’ Debate Chamber to vibrant, marbleized menus for restaurant Sixty Vines.

Born to a Basque father and American mother and spending her childhood in Iran, Recatune was considering a job in marketing when she apprenticed with a friend’s grandfather who worked as a bookbinder.

“I decided just to give it a go, but it was so tedious,” she recalls of her days spent tooling volumes. “He also did leather desktops, and that’s what I was really interested in.”

Wanting to make a career of her new skill set, Recatune opened shop in 1983 in the Design District. Naming her company Larru Leathers (“larru” is the Basque word for leather), Recatune wasn’t afraid to experiment, bringing in an engineer friend to create equipment for marbleizing leather hides. Recatune uses the 12th-century marbleizing technique called Suminagashi.

“When I started back in the ’80s, I was working with shades of beige, but it was still beautiful,” she says. “Nothing’s new in the world—it’s how you tweak it for the moment that counts.”

There seems to be a presidential theme to some of her work. Over the years, Larru has been called on to create a replica of Lyndon B. Johnson’s desk for the movie JFK, she’s re-covered a chair that formerly belonged to Ulysses S. Grant, and she’s crafted custom tables for the George W. Bush Presidential Library. For her project, Recatune uses naturally tanned hide from Italy, Scandinavia, England, and France, to name a few. 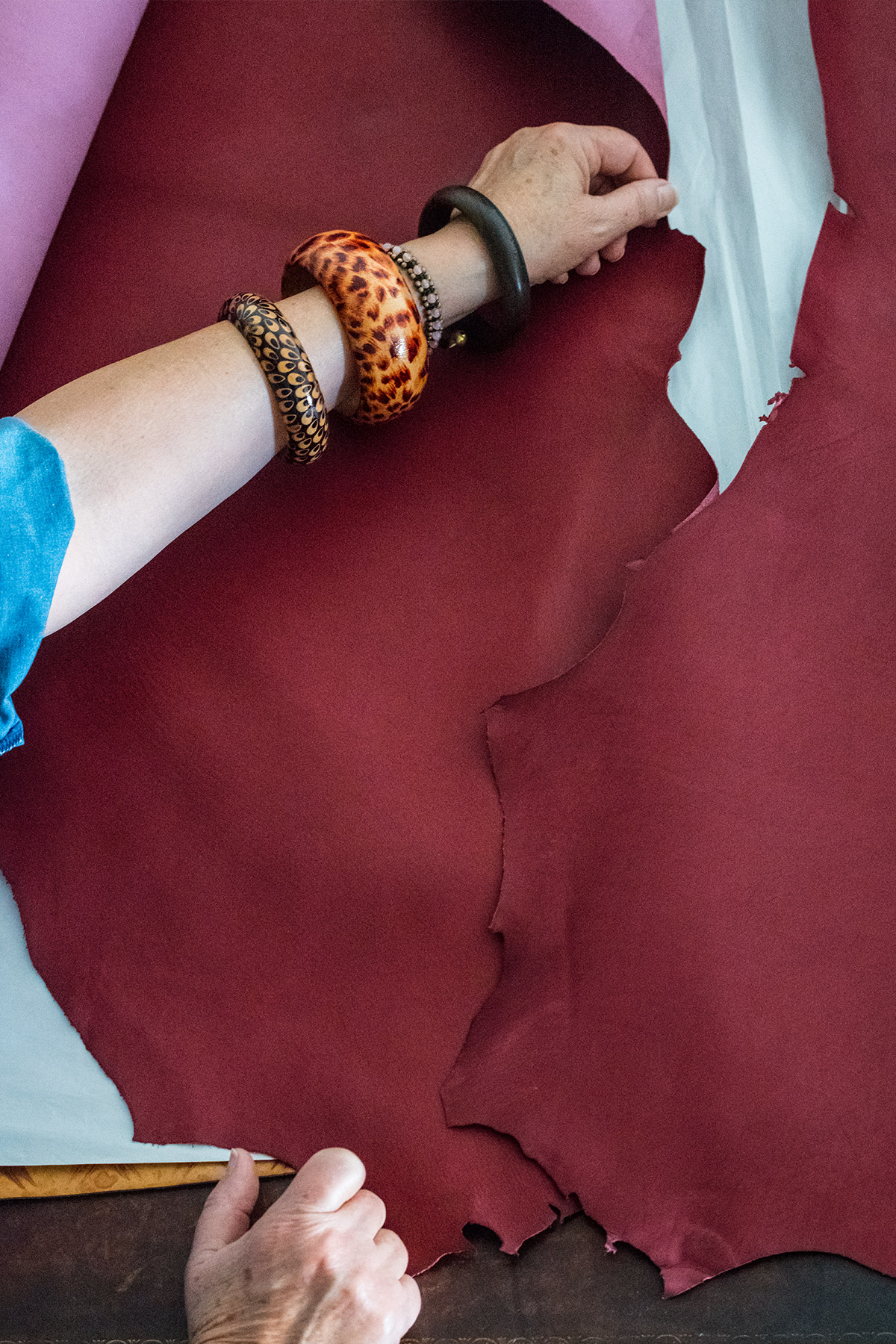 “I like the way cows are raised in other countries,” she explains. “They’re still grass fed, and there’s no barbed wire. If you buy something from Italy or Scandinavia, there’s not a flaw in it.”

Although many clients opt for traditional English or Italian looks, Recatune morphs with the times, devising midcentury-inspired woven seats and perforated leather for shops like Collage 20th Century Classics and Sputnik Modern. She’s also been known to experiment with boldly dyed accessories for a billionaire’s private plane.

No matter what Recatune is tasked to make, she loves that the owner’s passion for raw materials always shines through. “I really love the beauty of leather. When you see pieces we’ve custom colored, you see all the beautiful markings,” she says. “It’s a primal thing, too; I have clients who walk in and are almost weak at the knees over the scent of leather.”

A local designer walks us through the creation of a fantasy room for kids.
By Joslyn Taylor
D Magazine Directories