For Austin and Megan Curry, whose three children are invited to hang in all areas of their Highland Park home, designer Jacklyn Caveny had to work toward a trifecta—spaces that look effortless and luxurious while also serving a purpose. One such purpose is the occasional tea party in the kitchen, a favorite of Megan and Austin’s third child, daughter Colette. Here, Megan shares her favorite resources for throwing a tea party at home.

Megan didn’t want to bother friends with throwing her another baby shower for Colette. So she planned her own when Colette was 6 months old. “I wanted to do something beautiful and feminine to celebrate Colette, but also to thank all the friends who had been there for me before, during, and after her arrival,” she says.

“My go-to pick-up place for tea in Dallas is at Grange Hall,” Megan says. “We always have their Mariage Frères ‘Dream Tea’ in the house. They will pack up and sell me their sugar balls, too.” When Megan is in California, she picks up the jasmine tea from Imperial Tea Court in the Ferry Building Marketplace in San Francisco. 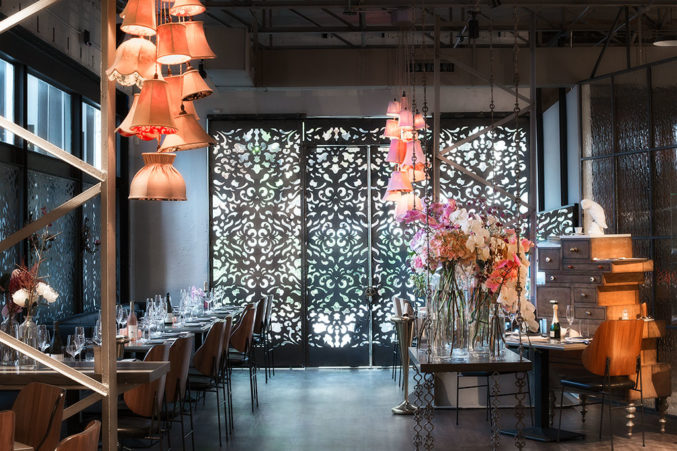 The menu is just as important as the tea. Megan’s spread usually consists of Empire Baking Company’s cranberry scones and fresh crab from TJ’s Seafood. As for the jelly and jam, she loves to purchase Living Greens brand at the farmers market when she’s in Aspen. She also loves to make her own—Megan recently made a fresh batch from marionberries she picked up on the Oregon coast.

Megan loves to set her table with different combinations of linens, vases, and flowers. And yes, her children get to use the good stuff, too. “We have quality pieces to share with the people we love; it would be weird if they weren’t included in that.” Here, the table is set with a Nymphenburg pattern and custom linens from Casa di Lino. For Colette’s party, Megan called on designer Jacklyn Caveny to create the floral arrangements.