There is a the woody scent of fresh cedar wafting in the markedly cool breeze rolling off the Trinity River. The rustle of centuries-old oak tree leaves and the blaze of the sun over lush grasslands add to restaurateur Lou Lambert’s unmistakable ranch-hand-globetrotter-artist aura.

You could get wistfully lost in the multilevel, five-structure compound and personal home belonging to acclaimed Texas chef Lambert, his 25-year partner James Smith, and their four terriers. In fact, if it weren’t for Lambert—handsome on a hot summer day in a denim button-down, Levi’s, and steel-toe boots—one would never discern where a knotty pine wall cracks to reveal the entry door, which opens into the kitchen.

“The house I grew up in had a formal entry, which we never used, and then a side entry off the kitchen,” Lambert says, with only the slightest hint of a native drawl. “So I said, ‘If I ever build a house, we are going to build it the way we live and come through the kitchen.’ ” 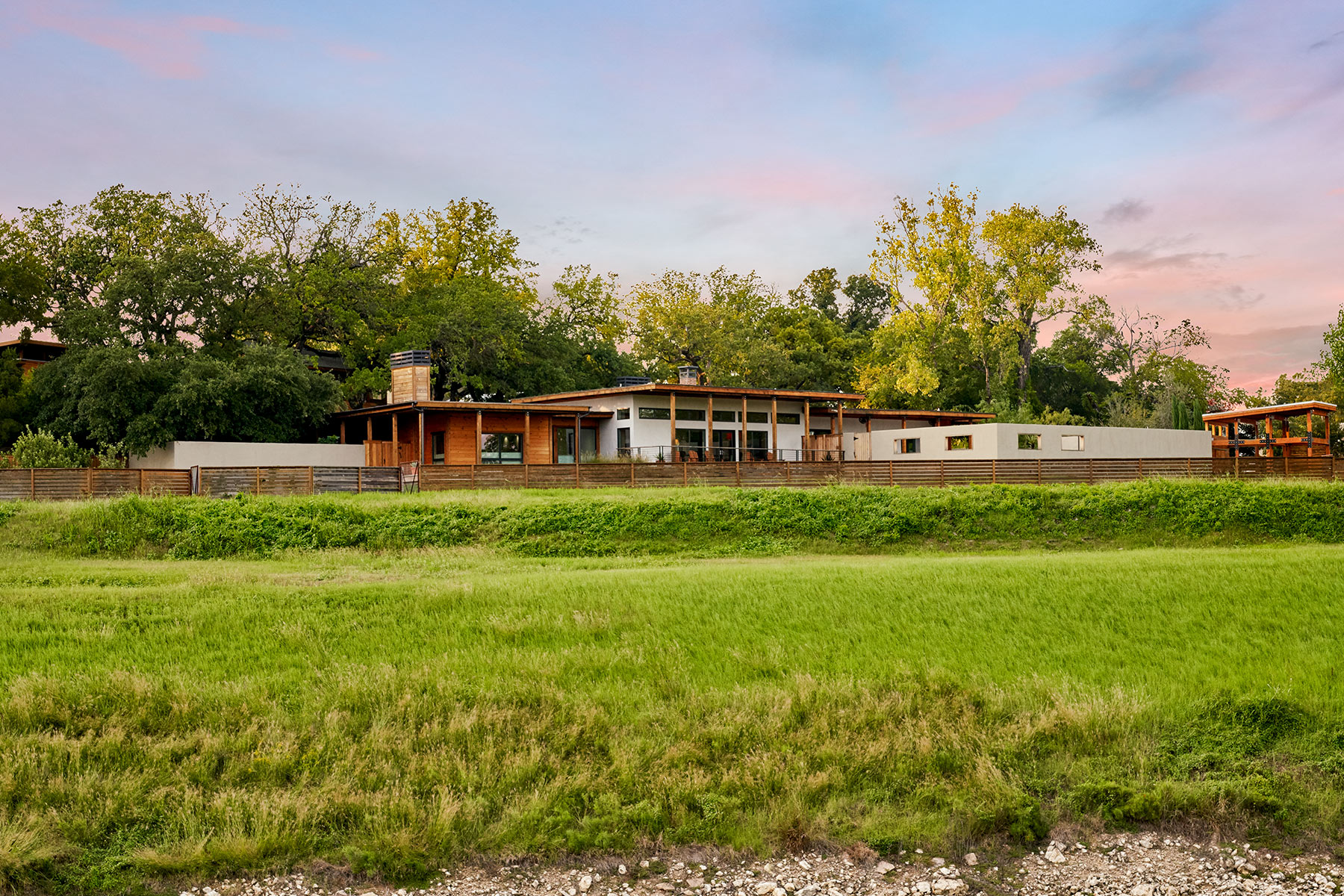 A view of the property from the banks of the Trinity River.
Nathan Schroder

Each structure on the property, carved into a hillside around a central courtyard, was crafted in the same form—built the way they live—and is a reflection of Lambert’s heritage. He grew up in Odessa, in a seventh-generation ranching family of avid travelers. His mother was an artist with an eclectic style, one that meshed New Mexican modern architecture with ornately framed landscape oil paintings.

“We wanted for it to be very livable, with two guys, four dogs, and the river.”

This aesthetic—and the restaurants within his hometown’s hotels that served as gathering places—deeply influenced both Lambert and his sister, Liz Lambert, the famed hotelier behind Marfa’s El Cosmico, San Antonio’s Hotel Havana, and Austin’s Hotel Saint Cecilia and Hotel San José, among others. The two creative minds collaborate often, conceptualizing new property narratives threading from an elderflower cocktail to an Acapulco chair.

Lambert, who went to culinary school and is known for his grilling and meat-roasting prowess, oversees the food and beverage menus. “We knock heads a little bit on design, but our ideas mesh because we grew up together and because of our shared experiences,” he says of working with his sister. (Their latest project, Hotel Magdalena in Austin, boasts cuisine that blends Helen Corbitt and Chez Panisse.)

In Austin most days of the week, Lambert and Smith nearly left for the hilly city after more than a decade in Fort Worth and past stints in San Francisco and New York. But a call from Lambert’s longtime friend, Bill Bostelmann of Flowers on the Square, changed their course. Bostelmann had snagged acreage of raw U.S. Army Corps of Engineers property fronting the Trinity River and wanted Lambert to split the land. Across the banks are bike trails that Lambert, a former cyclist, had traversed countless times, always with an eye on the vacant property. “I said, ‘If I could build anywhere in the state of Texas, it would be up in that hill, on the river, under those trees.’ ” 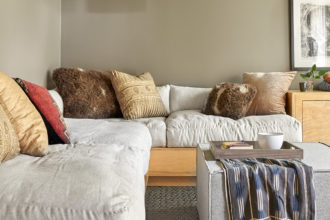 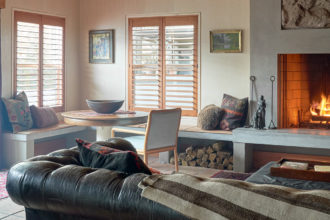 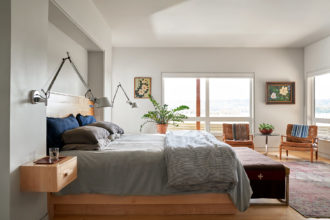 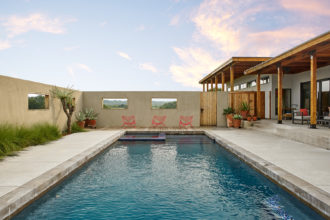 No convincing was needed. Lambert turned to Dallas architect Richard Smith, who had worked with Lambert’s father on Lambert’s childhood home, to determine the feasibility of building on the terraced plot and to blueprint their vision. “We wanted to retain the trees and the feel of nature, and for it to be very livable, with two guys, four dogs, and the river. We started calling it ‘Fish Camp,’ ” Lambert says, referring to relaxed waterside gatherings where fishermen, including his father, often convene. “We wanted it to feel like a fish camp—not too touched, with hard surfaces for muddy boots.”

“We built this house as the last house.”

After two years of building—including months of flooding due to a now rerouted natural spring—the sprawling, casual resort is an immaculate blend of concrete, glass, wood, stone, stucco, and metal. From cutouts in the concrete pool walls to the guest house’s relaxed screened-in porch to the blossoming apple orchard abutting a charming dog cottage, the footprint pays homage to the surrounding plains.

The treasures inside, meanwhile, reflect Lambert’s past—he reupholstered his childhood dining set and lined a hallway with three generations of family art—as well as his and Smith’s frequent travels. The study fireplace was cemented with a carved-rock fish sculpture Lambert found years ago in a crime-plagued village outside San Miguel de Allende. It was the finishing touch in tribute to their forever Fish Camp. “We built this house as the last house,” Lambert says.