Three artists share the lens through which they view the world—and their work. Painter Laura Roosevelt is passionate about history in all its forms—including art. As a dyslexic 7th-grader attending Ursuline Academy, she first found inspiration in the Italian Renaissance paintings she studied in art class.

“It was very difficult for me to read, and the world didn’t start making sense until I was sitting in a dark room with these images on the wall,” Roosevelt recalls. “I knew I had to do something in the art world.” In her studio, Laura Roosevelt crafts large canvases of colorful, abstract works. She’s inspired by travels near and far and American history. It is, after all, in her blood—the artist is the great-granddaughter of President Franklin Delano Roosevelt.
Elizabeth Lavin

Accepted to a prestigious New York University graduate program after college, she studied everything from the business of art markets to printmaking. After working in the print and Latin American painting departments at Sotheby’s, Roosevelt took time off to raise three kids in Greenwich, Connecticut, but never put down her paintbrush.
“I was taking classes everywhere, but my point of reference was my art history background because that was what I loved. I would spend hours deeply engrossed in whatever I was looking at, be it a tree outside my yard or the Old Masters.”

Roosevelt ultimately developed a style that was abstract yet informed by the emotions and color of what she observed. Having found initial success selling her work out of her own home, she decided to return to Texas to develop her signature boutique art gallery, aptly named LR Art House.

Open since January 2018, her airy yet unconventional space is the perfect, intimate environment to set off her abstract paintings and sculptures. Inspired by her travels and experiences, Roosevelt uses everything in her work, from the red soil of her family’s ranch to sand from the River Ganges. 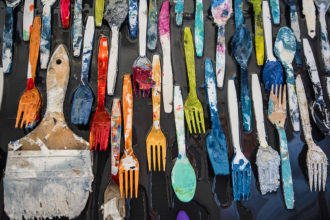 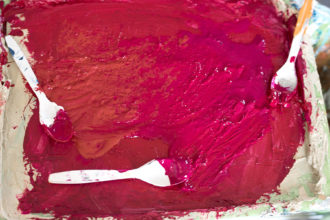 Elizabeth Lavin
Roosevelt’s passion for color and texture can be seen in the way she blends paints while working in her studio.

The great-granddaughter of President Franklin Delano Roosevelt, the artist has also drawn on her family’s history for a second series she calls “Historic American Pop.” As a board member of The Better Angels Society (notable documentarian Ken Burns’ foundation), she has access to some of the most significant images of the 20th century, which she repurposes and paints over with splashes of vibrant color.

Roosevelt says she hopes the success of her works will allow her to shine a spotlight on our country’s history—the good, the bad, and the ugly alike.

“I have a dream that I don’t think it’s too far away to create a [nonprofit] Roosevelt Center for Arts Enrichment, and the abstract works would feed that,” Roosevelt explains. “It would be a place where art and history meld together. I feel a sense of responsibility to keep American history alive and vibrant and assure it’s not forgotten.” lrarthouse.com For Texan artist Chivas Clem, place is everything. A graduate of the prestigious Whitney Museum of American Art Independent Study Program—a status he shares with Jenny Holzer and Julian Schnabel—Clem took on the New York art world to great acclaim. Between having his work placed in the collection at The Museum of Modern Art and exhibiting at the likes of Deitch Projects and American Fine Art, he found time to helm the influential space The 5th International, where he showed with fellow artists Alex Bag, McDermott and McGough, and Rob Pruitt. A sampling of work from The 5th International stands ready for admirers in the transformed ballet studio.
Elizabeth Lavin

Currently represented by Maccarone in New York and LA and Erin Cluley Gallery in Dallas, Clem said his foray into curation organically happened after he moved into “this creepy brownstone in Midtown.”

“I would just move my bed into the closet,” he says of the unconventional 5th International, which existed from 1997 to 2000. “It was very organic—I really never had any intention of being a dealer; I just wanted to do shows. I just considered the gallery an extension of my own artist’s practice, and I ended up collaborating with some great people.”

After 19 years in the city, Clem decided to return home, renting a seven-bedroom Victorian house in his hometown of Paris, Texas, as an art studio. More recently, he’s brought The 5th International back in a 1910-era ballet studio downtown, showing the work of fellow Texan artists, as well as international artists. 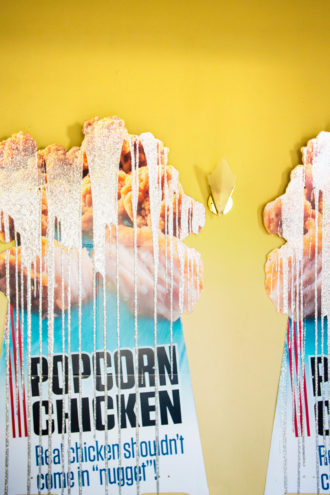 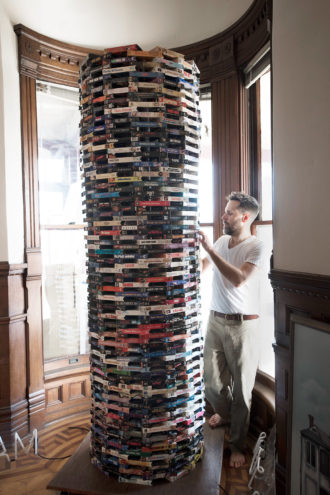 Elizabeth Lavin
Chivas Clem likes to repurpose found objects like these billboards refashioned as headboards; In Clem’s hometown of Paris, Texas, he constructs a video cassette tower in his Victorian-era home.

The low overhead and relaxed pace allow him to highlight the work of others while still handling a full-time practice of his own. Toggling between aesthetics like video cassette towers culled from East Texas garage sales to his current series of rawboned, nude photographs shot of local “rednecks,” Clem has found his rural setting inspirational. It’s a sensation he hopes to share with those who make the trek out to The 5th International for his next show, planned just before April’s Dallas Art Fair.

“I’m not eager to get into [Art] Basel; I don’t want to do any of that,” he explains. “I just want to have my friends come and show some interesting art. My rent is so cheap, and I’m in a position where I don’t have to run around and hustle the way a lot of galleries do. When you don’t have to go to seven openings and two parties in a night, you can get a lot of work done—being away from things suddenly gives you a lot of freedom,” he says. Allen Kirsch gets up close and personal with one of his latest works. As a designer, he favors neutral palettes, but as an artist, he’s known to embrace color.
Elizabeth Lavin

As an interior designer, Allen Kirsch has spent 30-plus years refining the rooms of stylish Dallas dwellers. Although known for his pared-down, modern interiors, there is one place where he embraces color with abandon—the oversized, textural canvases he creates in his spare time.

A painter since his teenage years, Kirsch began by copying the styles of other artists. When he had a few canvases left over from a 2010 industrial job, he decided to develop his aesthetic. A client spied a piece created in Kirsch’s technique hanging in the designer’s home and snapped it up immediately. After a short stint showing his work with Samuel Lynne and EC Dicken’s Design District space, the creative director of interiors showroom Holly Hunt made the designer an offer he couldn’t refuse. “She said she loved it all, and they immediately had a show for me in Chicago,” Kirsch recalls. “The beauty of this is I don’t know any gallery that could have promoted me as much as Holly Hunt has promoted me. In a very short time, I’ve gone into five venues across the country and overseas, and that wouldn’t have happened with a gallery.”
Kirsch installs all of his works in the Dallas Holly Hunt showroom before they move on to other markets, such as Chicago, Houston, New York, and Miami (London
is next in line with a big opening in March). He says he finds Hunt’s sleek seating and neutral palettes the perfect foil for his vibrant paintings.

“Somebody once asked me when I was going to paint in taupe and black and cream, and I said, ‘I don’t know,’” he laughs. “I tried to pick up those colors, but I went back over to red. As an interior designer, I do everything neutral, but when I paint, it’s always strong color. I can’t help it.”

Typically measuring 4½-by-6 feet at their smallest, each untitled work by Kirsch embraces an intense mix of pigment. Opting for “kind of vibrating colors that clash,” he splashes purple over Kelly green on a field of copper, and adorns a textural backdrop of fiery oranges and reds with a splash of watery blue. 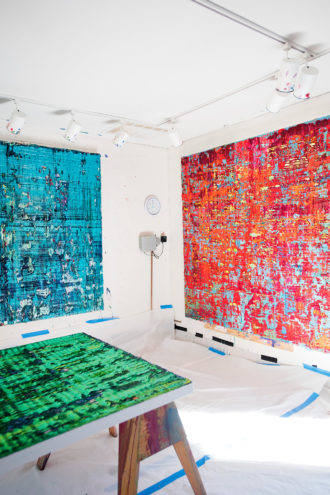 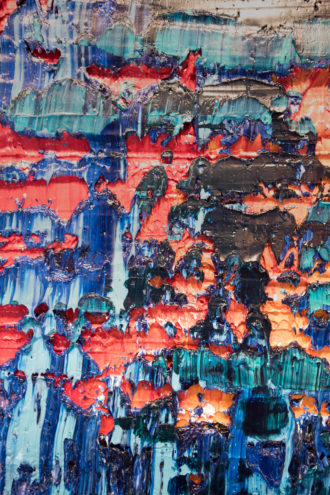 Even when he opts for a neutral (white and silver works do exist), his layering of oils creates a texture that some viewers have felt compelled to reach out and touch. Although Kirsch isn’t giving up his day job just yet, he says painting is the “perfect side career,” one he feels complements his profession in more ways than one.

“My interior aesthetic is much more Zen, modern, and understated, and my art is overstated. I think that’s why it’s been a natural fit for both me and my clients,” he says.

We asked local interior designers for their favorite places to find that perfect piece. Use their insider recommendations the next time you find yourself in the market for a new masterpiece. 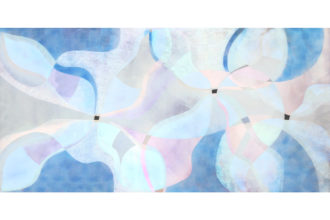 What You’ll Find: Martin’s own pieces are clean-lined abstractions of nature, but the gallery also includes minimalist, modern sculptors like Gregory Price and Brandon Reese. 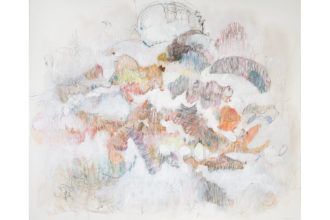 “White on Scribbles 1” by Bang Dang

“My latest favorite is Jen Mauldin gallery in the Bishop Arts area, because she is bringing in new talent I have not seen before.” –Cheryl Van Duyne 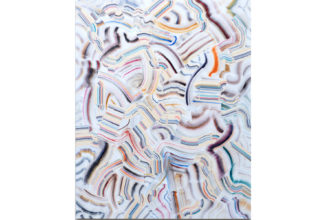 “Conduit Gallery has wonderful artists and staff who know my style and help keep me up to date on all the newest and best.” –Amy Thomasson

What You’ll Find: It’s hard to put the pieces you’ll see at Conduit in just one box. Representing more than 30 artists, you can find paintings, sculpture, photography, and installation pieces. 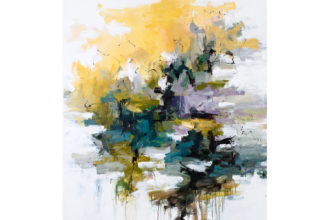 “Lemon Trees in the Courtyard” by Carlos Ramirez

“I like Craighead green gallery, because you can go in and it is manageable. It is a small enough gallery, and it has a good selection of all types of media, and the staff is lovely.” –Ellie Visconti 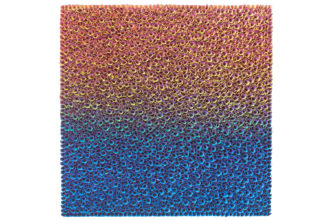 What You’ll Find: Look for contemporary works from a range of painters—from the bold works of Mike Hammer to Nicole Charbonnet’s softer palette—as well as photography by Steve McCurry and George Krause. 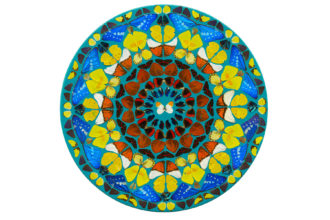 “Psalm 126: In Convertendo” by Damien Hunt

“Founded in 1994, Kristy Stubbs Gallery is our primary source for fantastic pieces from artists like Matisse, David Bates, and Damien Hirst.” –Christopher Ridolfi

What You’ll Find: Think big. With more than 60 artists represented, many of the pieces are larger-than-life works that are sure to make a statement—from taxidermy works by Polly Morgan to ethereal works by Paul Fryer. 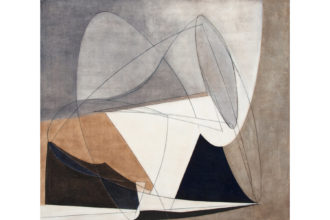 “Bending Time to Focus” by David A. Dreyer

“Valley House Gallery & sculpture garden has exhibitions that are thoughtful and diverse—never trendy—and they offer choices for the collector whether established or just starting out.” –Linda Fritschy

What You’ll Find: Browse the four-acre sculpture garden and shop artwork by Texan artists (though you will also find artists from across the country). In the 1950s, Valley House helped bring French Impressionism to Dallas, and the gallery still houses watercolors and soft landscapes. 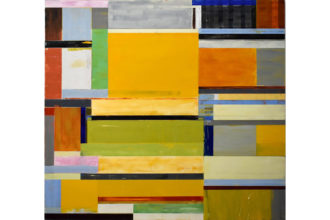 What You’ll Find: As you might guess from the name, this Fort Worth gallery specializes in contemporary work—including geometric artists like Jeff Kellar and more naturalist artists like James Blake.