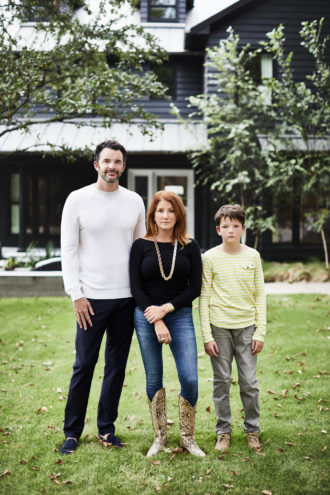 When Regan calls, it’s always an exciting day, says Chad Dorsey, co-founder of MORE Design + Build. That’s because a ring from Regan Carlile can only mean one thing—she’s ready to move. Again. Chad and his business partner, Kurt Bielawski, have a storied history with Regan and her husband, Zach: In the past seven years, they have collaborated on three homes. (The previous two were featured in D Home in our March/April 2011 and January/February 2014 issues.)

Being a serial renovator is hardly Regan’s intention. In fact, the quick-witted Tennessee native laughs at the very suggestion. Instead, she counters, “maybe it’s wanderlust.” To her credit, she has sensible reasoning. Her latest move—and the reason she dialed Chad—was to downsize. With daughter Virginia, 18, off to college; son Quinton, 15, attending boarding school; and son Hampton, 11, at home, the Carliles realized their 6,000-square-foot, 1980s house on Colgate Avenue in University Park—beautifully designed by the MORE team—would suddenly feel empty.

The Carliles chatted up a Realtor neighbor, who asked to browse with a couple who had been home shopping for several years. “I said, ‘Well, they aren’t going to like it—there’s a lot happening under this roof—so, sure,’” Regan says. But they loved it, and made an offer. “That’s how it snowballed,” she says.

“It’s so much more fun to be spicy. And sometimes, it encourages others to take a risk and be adventurous, too.”

Cue house hunting. The Carliles found a 4,000-square-foot white, 1940s Cape Cod two blocks away. With eight-foot ceilings, Regan expected Zach to nix it (he’s 6’6”), but he loved the coziness. “It looked precious, like your grandmother’s house in Father of the Bride,” Regan says. The only problem: that’s not Regan. Her aesthetic can only be described in dichotomies—she pairs the romantic with the avant garde, the simplistic with the ornate. “That’s the thing about Regan,” Kurt says. “She’s not locked into one specific style.”

It’s a reason she’s “one of the most fun people you could ever meet,” Chad says. “She’s willing to try anything new.” Regan ensures both boundless creativity and boundary pushing, so there was little question they would take the walls down to the studs. “It needed to live as large as it could, so we combined spaces and made it feel gracious with great views to the outdoors,” Chad says. Halls were widened, floors lightened, and walls brightened with Benjamin Moore’s “Vanilla Milkshake.” 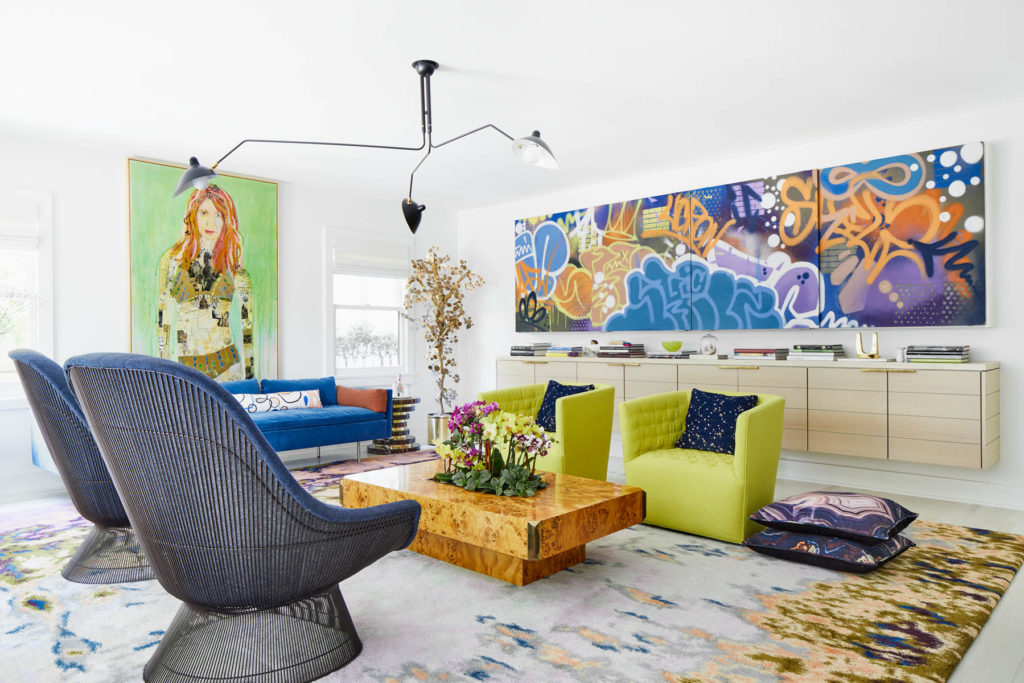 Then came the creative play. “Regan comes in with wild, fun, and crazy ideas, and we say, ‘Let’s do it,’ when we wouldn’t always say that to other people—it’s what makes her projects,” Chad says. They went big with a family room TV console spray-painted by graffiti artist Joe Skilz, and, in the kitchen, emerald quartzite countertops and a Lacanche French range in Provence yellow. They mounted graphic black-and-white Exquisite Surfaces “Sitio” tiles in the formal living room to serve as a backdrop for her glittering boat chandelier.

But the designers’ most brazen suggestion might have been the jet-black exterior. “They flashed a couple of black houses, and I was like, ‘Whaaat,’” Regan says. “I love how they stretch me and throw curveballs.” 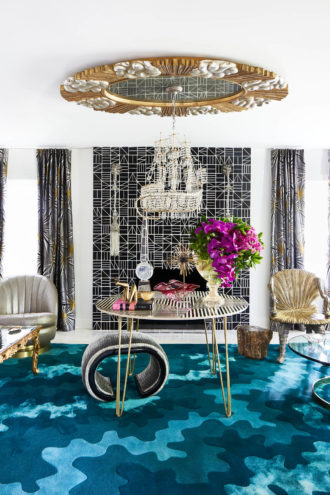 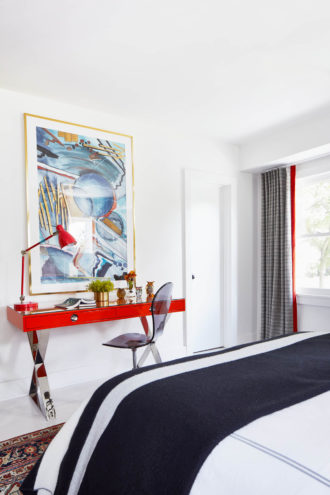 It ultimately received coats of Benjamin Moore’s “Black Jack.” “My close friends and family are still in denial,” Regan says, and laughs. “There’s a rebellious side of me—I think it’s from living overseas—that knows there’s not just one way to do stuff. It’s so much more fun to be spicy. And sometimes, it encourages others to take a risk and be adventurous, too.” Or in this case, be a little more Regan.