Pet Stations:
“Accommodating our pets’ needs has given rise to the popularity of turf dog runs and washing-and-drying stations,” says builder George Welch.

Secret Spots:
“We’ve built secret rooms—encased in steel and concealed behind an unassuming bookshelf that open to reveal a door with a keypad entry. Uses have ranged from security and storm shelters to playrooms,” says Joe Jackson with The Newport Group.

Builder Mark Molthan of Platinum Series Homes and designer Debra Owens are a “dream team” of sorts—especially where athletes are concerned. The pair has worked together to create homes for former Dallas Cowboys quarterback Tony Romo and PGA golfer Hunter Mahan, to name a few. Mahan, in particular, was very involved with the planning of his home, including the basement—which features a basketball half-court, gym, and a golf-simulator room, decked out in shades of green (you know, like that famous Masters jacket). The aforementioned gym is functional and beautiful—it opens up to a courtyard and features Élitis wallcovering from Donghia and a custom-painted, vintage-syle refrigerator. Even though the Mahans put their home on the market for $9.5 million in 2014, the new owner kept it in the golf family: Dallas native and 2015 Masters champion Jordan Spieth. 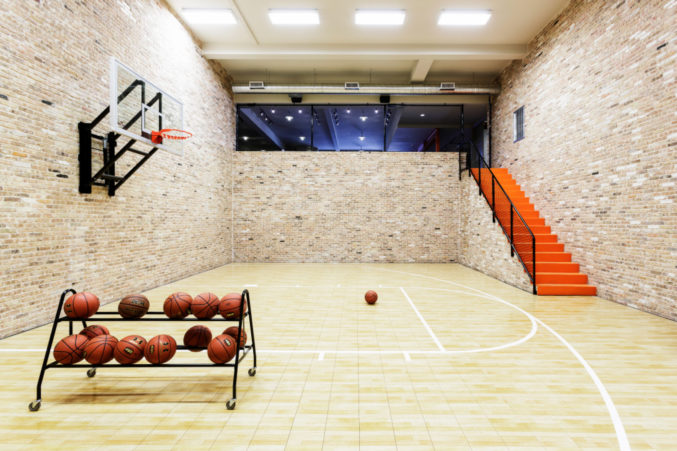 You don’t have to hold a PGA card to make your home a sports haven. Victory Custom Homes’ Alan Dulworth, for instance, is building specialty rooms for his clients. “We had three different residential projects who all wanted bowling alleys in their homes,” he says.