Enjoy unlimited access to all of our incredible journalism, in print and digital.
Subscribe Now
Advertisement
Design District

A Look at What’s in Store in 6 Dallas Shops

From Le Labo to Bird Bakery, check out these spots.
By Caitlin Clark | January 18, 2017|9:36 am
View Gallery
View Gallery

A Look at What’s in Store in 6 Dallas Shops

It was a sad day when Barneys New York shuttered in 2013, taking our city’s only Le Labo counter with it. Now, thanks to Forty Five Ten’s move to downtown, the French fragrance house has once again graced Dallas with its sweet-smelling presence. On-the-go shoppers can pick up testers of the brand’s clean, vegan creations on the second level of the department store, or get the full Le Labo experience just across Main Street in a small shop next to Traffic LA.

There, customers can order from Le Labo’s 16 natural fragrances—all compounded on the spot—including musky floral Aldehyde 44, reissued exclusively for Dallas. “We have an atomizer in the back. We’re actually mixing everything and measuring it,” says store manager Paul Heil. “There’s a little piece of our soul that goes into each bottle.”

The perfectly imperfect nature of each blend is all part of Le Labo’s allure, but it’s the soulful scents that get shoppers hooked. One fragrance in particular has developed quite the following. “I thought it was an urban perfume legend until I started working at Le Labo in New York,” says Heil. “People come in all the time looking for a scent that they can’t get out of their head. It’s always Santal 33.” 1604 Main St. 214-261-4595. lelabofragrances.com

Kellee Bascher caught the retail bug at age 5 from her mother, who owned a boutique in Arlington. Last year, she moved from Los Angeles to Dallas to find a home for her own boutique, Birchwood. She scored a 1,200-square-foot space on Henderson Avenue and created sunny interiors that would feel right at home on LA’s trendy Abbot Kinney Boulevard.

Find pieces from more than 50 independent artists and interior lines: Jennifer Pennywood’s linens, Knot Studio’s take on the pouf, and Jennifer Gauthier’s modern paintings, hanging on almost every wall. “I created the store for someone like myself,” says Bascher. “Somebody who cares about filling their home with things that matter to them.” 2726 N. Henderson Ave. 214-774-9181.

When the Design District’s Lost Antiques closed after 11 years on Riverfront Drive, Beth Barnett Callahan and husband, Jim, acquired the name and moved five blocks west, opening Lost … Again. “I’d worked there for seven years. It’s what I love, and I had to stay here,” says Beth.

With its tidy aisles and meticulously arranged booth vignettes, the 15,000-square-foot mall is an easy-to-shop, treasure-filled haven. Keep an eye out for restored midcentury-modern pieces from the recently demolished Truett A. Bishop-designed Mayrath House, including the gold aluminum staircase railing and the kitchen’s original mint green Geneva cabinets. 148 Riveredge Dr. 214-741-4411. lost-again.com 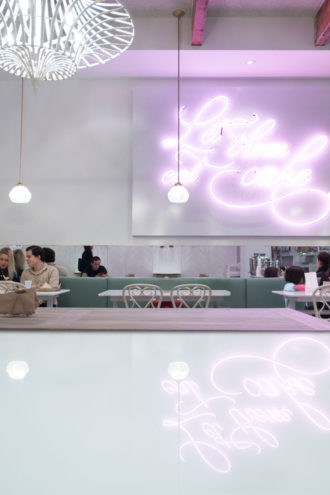 Armed with family recipes, the couple opened their first bakery in San Antonio in 2012, just blocks from where Chambers’ grandmother once owned a catering company. Highland Park has a similar appeal. “My husband’s whole family is here, so we’ve always had roots in Dallas,” Chambers says.

Carrara marble countertops and a Tyler Ramsey neon installation provide a stylish backdrop for the shop’s red velvet cupcakes, Monster Cookies, and chicken salad sandwiches. Everything is baked in-house daily using premium ingredients. “I wouldn’t use any ingredients that I wouldn’t want my daughter to eat,” she says. At the end of each day, leftovers are donated to local nonprofits. 7A Highland Park Village. 214-780-0322. birdbakery.com 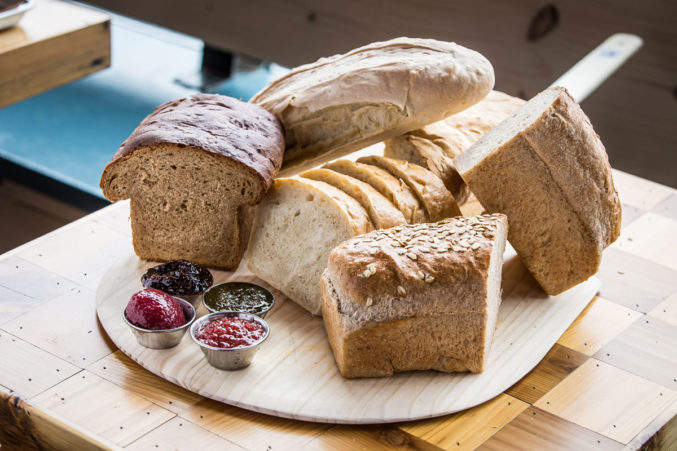 Inspired by coffee shops in San Francisco, Sinnott and Roldan set out to create an expansive space that provides wholesome, preservative-free bread for casual diners or those seeking a spot to park their laptops. But the main attraction—the shop’s bread and butter—is declared in the name. “What’s more American than toast?” Roldan says. 5420 Ross Ave., Ste. 180. 972-925-0512. toasted.coffee 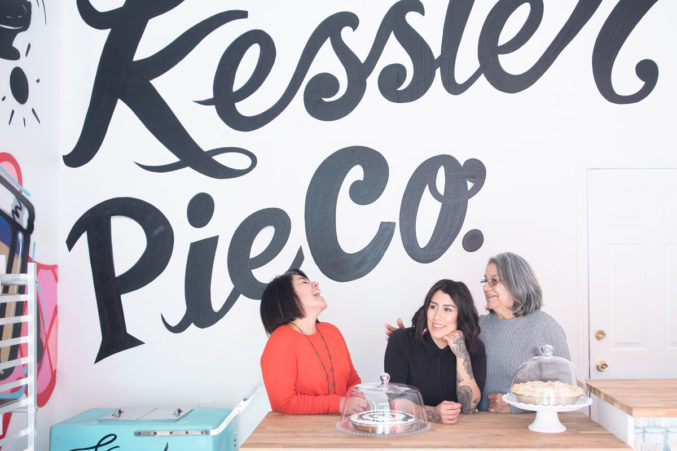 Armida Ortega’s dream has always been to open a bakery. When a friend asked her to bring her homemade pies to a Sunday market at Bolsa Mercado in November 2015 (and she sold out under two hours), Ortega’s two daughters saw the chance to make their 72-year-old mother’s dream a reality. They opened Kessler Pie Co. a year later.

A neon sign that reads “To Live and Pie in Oak Cliff” beckons sweet-toothed passersby to the 400-square-foot space on Oak Cliff’s Tyler Street. The menu features the same flavors she brought to the original market: The Mellow Yellow (vanilla custard and banana), The Big Sexy (Grand Marnier and strawberries), the Suit & Tie (chocolate mousse with a sweet-and-salty crust), and the American Pie (apple, naturally).

She also serves up single-portioned pies in jars. “We wanted to do something a little more modern, fun, and sweet-—but not granny,–” says Ortega’s daughter Deb Cano. 418 N. Tyler St. 469-877-6800. kesslerpieco.com

Dallas, you own the night.
By Staci Parks
Interior Design