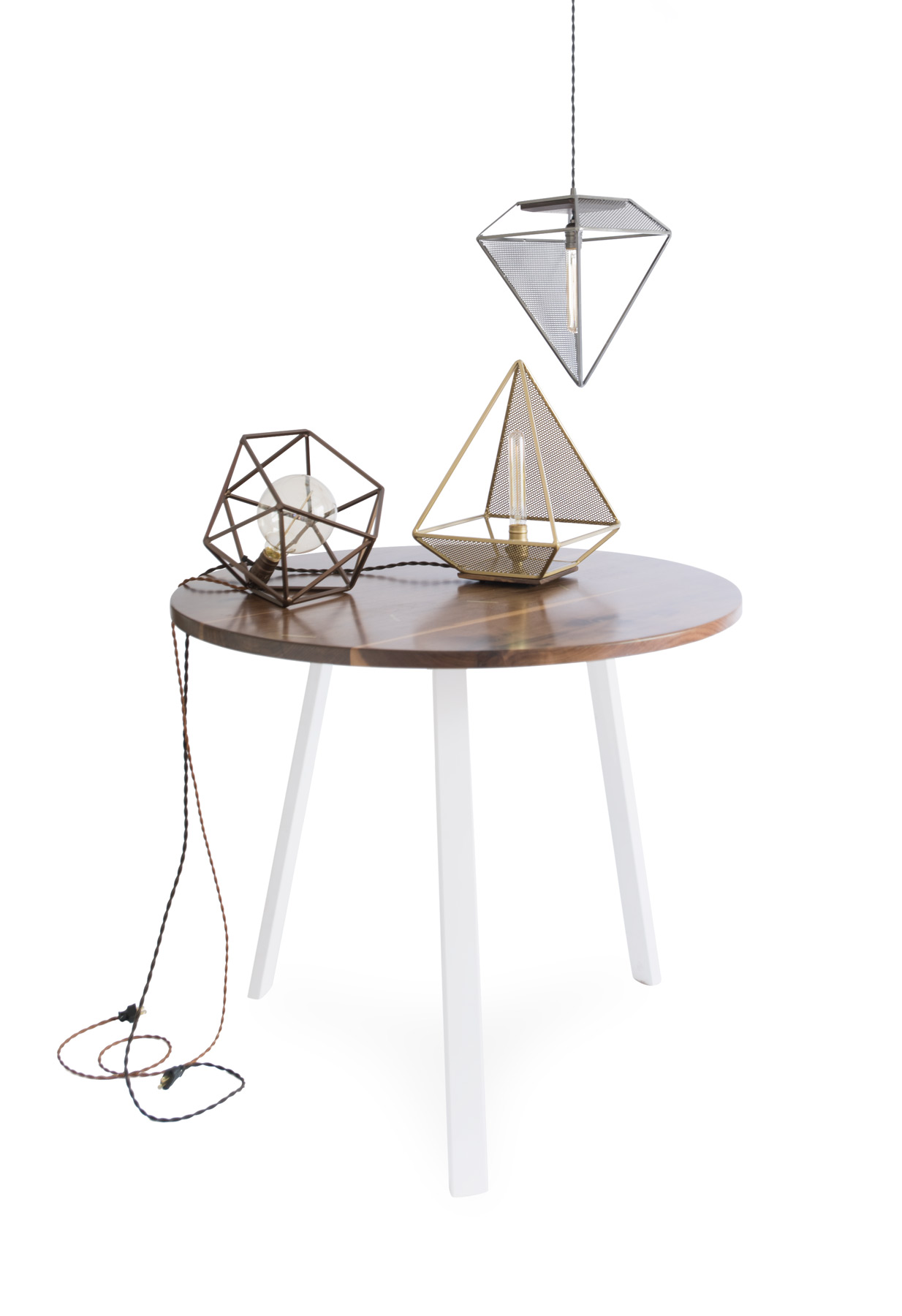 The Monticello table ($1,200) features walnut, brass, and a powder coated steel base. Shown here with the Mercedes Geometric table lamp and Vickery Diamond table lamps (all $145).
The entrepreneur, a loquacious, quick-witted brunet, was born with a busy mind and a longing for creativity. “If you throw a lot of pickup sticks on the ground, have a web browser with 523 tabs open all the time—that’s what my mind looks like,” he says. “It can be overwhelming but motivating.”

Wayne stayed in Dallas after earning his undergrad and master’s degrees in mechanical engineering at Southern Methodist University, which he applied toward producing and designing tools at a local manufacturing plant, followed by a corporate stint at Dr Pepper. He coped with corporate life by channeling his ingenuity into motorcycle and auto restoration—he has rebuilt a 1965 Shelby Cobra replica and a 1968 Cougar XR7.

But he didn’t feel satisfied. During the 2013 Dallas snowstorm, Wayne had friends visiting, so they did what you do when sequestered indoors: partake in life-altering discussions. By the time the ice melted, he had plans to launch an Etsy business. “That was the beginning of the end,” he quips.

Or really, it was the beginning for those who love handcrafted, well-designed light fixtures, tables, and decor. His geometric pieces are a striking juxtaposition of symmetry and asymmetry.

His Hexahedra console is crafted with a thick Balinese mahogany top, which he handpicked while traipsing around the island, and two triple-hexagon legs made of powder-coated steel. 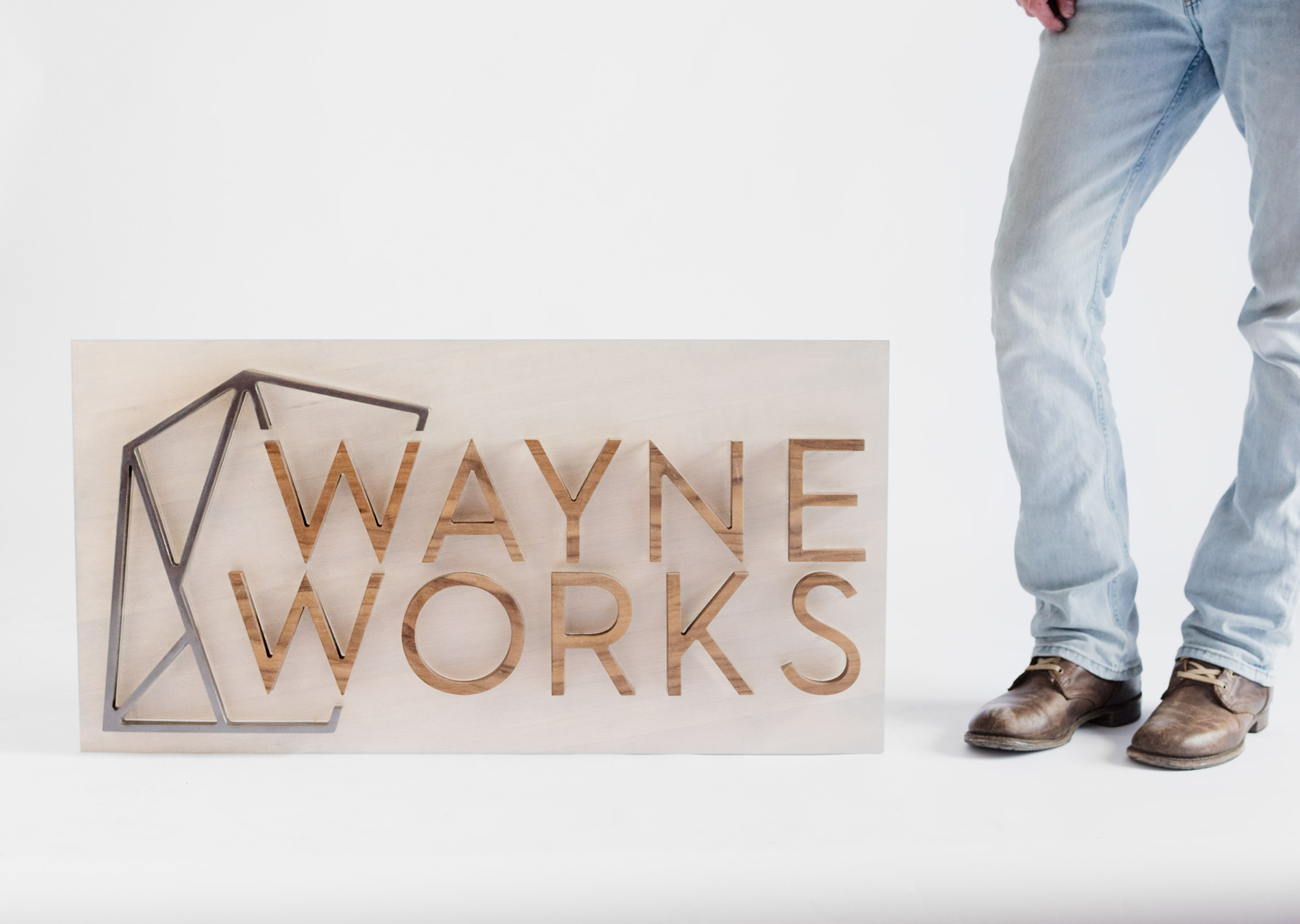 “I get random, crazy bursts of energy in design,” he says. “There are so many people doing furniture, and I want to do stuff that separates me from them.”

Since launching fulltime in January 2015, he has created lighting fixtures for Knox-Henderson shop Kit and Ace, shipped furnishings to every U.S. state but Hawaii, and has a list of custom commissions.

He’s often up until 3 a.m. in his home-based Midway Hollow shop, working with locally grown or salvaged woods. “I have wood hoards all around. I tell people, ‘This will be beautiful one day,’” he says.

Wayne has even bigger plans in the making: In the coming months, he’s set to move into a new Design District space off Farrington Street with a showroom and production area. The only thing you won’t find? His cedar birdhouse originals. “There are no future plans for them,” he laughs. wayneworkstexas.com and wayneworks.etsy.com