Dallas designers on a quest for high-quality, budget-friendly pieces with original designs can add Bungalow 5’s new Design District showroom to their must-shop list. The New York–based company has long been a resource for local designers, but with the opening of their first Texas showroom in June, founders John Roudabush and Luca Rensi hope Bungalow 5 will become an even bigger design presence. “One of our strengths and one of the reasons we started Bungalow 5 was to offer innovative pieces for a price much lower than they would normally be,” Rensi says. “Where else are you going to find a navy, grasscloth dining table with a built-in extension leaf?” 1201 Oak Lawn Ave., Ste. 180. bungalow5.com –Caitlin Clark

After landing the leading man of season 17’s “The Bachelor,” Seattle native Catherine Lowe left her graphic design gig at Amazon, moved to Big D, and began plotting her next creative endeavor. “I wanted to marry my love of creating fun captions with my personal design aesthetic,” Lowe says. Inspired by her habit of writing sweet but playful notes to then-boyfriend Sean Lowe during their reality-TV tenure, she launched her stationery line, LoweCo. Her collection of irreverent high-quality cards is sourced in Dallas and includes embossed expressions that let the simple white notes speak for themselves. Lowe’s current favorite: Your Tush is the Only One I Wanna Squish. LoweCo. Cards, 3×3 (poco), $5, and 5×5 (macho), $8 each at Lion & Witch, Milk & Honey, and Swoozies, or at goloweco.com. –CC 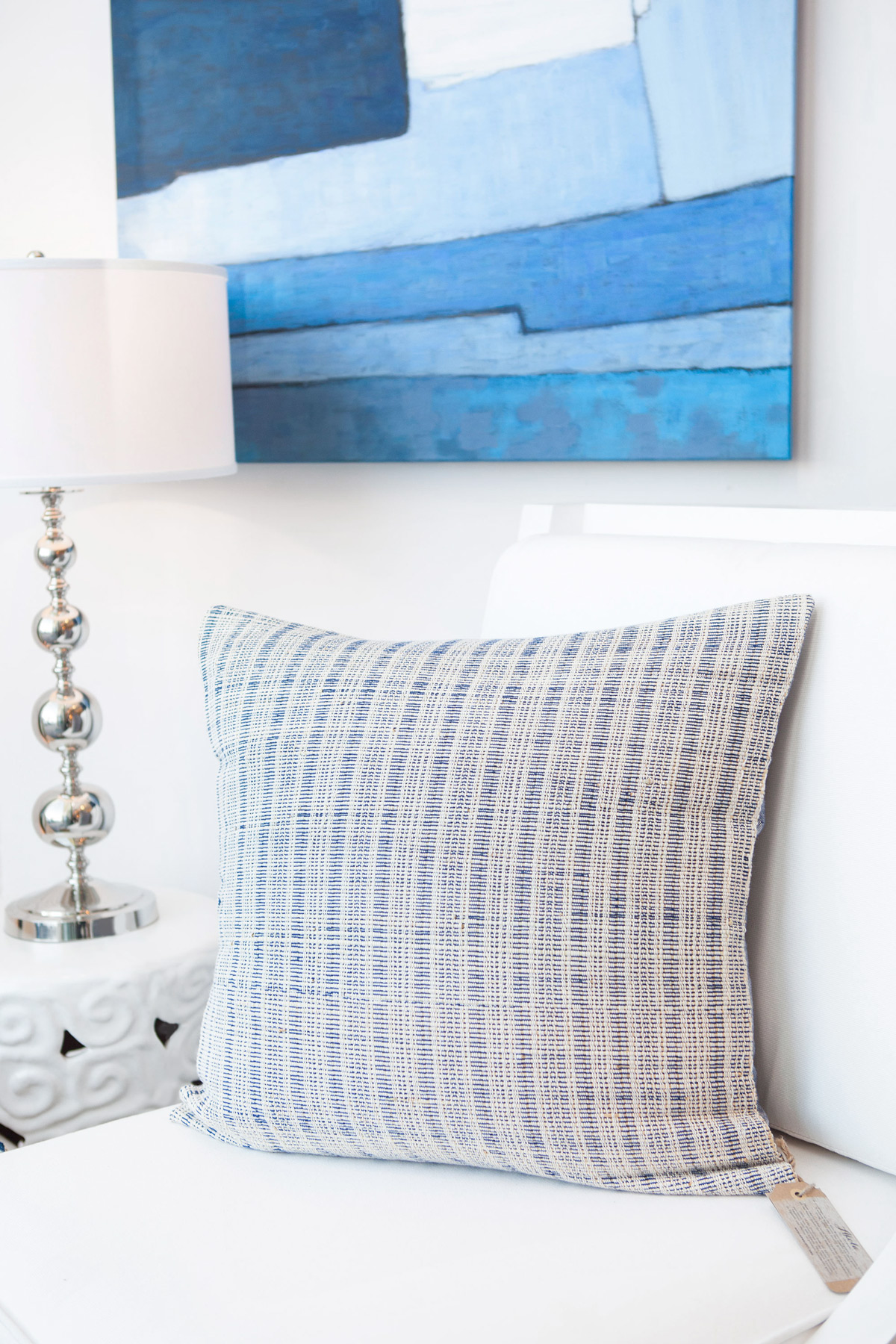 Akola Home. Photo courtesy of vendor
Since 2007, the jewelry-design line AKOLA PROJECT has employed and empowered more than 400 women from Uganda and Dallas, garnered a celebrity following that includes Jessica Alba and Sophia Bush, and earned its founder, Brittany Underwood, Yahoo’s “Best Person in the World” title in 2014. The Dallas-based nonprofit has expanded its impact and its inventory. The first phase of Akola Home, handwoven raffia and yarn pillows ($250–$260), launched exclusively at Wisteria’s Inwood Village location this spring. Expect a broader home assortment at Akola’s Deep Ellum flagship store soon. “We’re excited to use even more of Uganda’s natural resources,” says COO Emily Heger. “Cups, bowls, and baskets are all in the works. We hope to have a full line of home goods by the holidays.” 2646 Main St. 214-310-0965. akolaproject.org –CC

Don’t be alarmed by the McKinney Avenue vacancy in the Knox District. The folks at Design Within Reach have packed up their Eames loungers and Platner chairs and have settled into spacious new digs at NorthPark Center.

The new Armstrong at Knox apartment building allows local foodies to live the dream—directly above Trader Joe’s and Sur La Table, which made the recent move from their Travis Street location.

If you’re in the market for marble, onyx, and travertine, check out The Stone Collection when it opens this spring at its new address, 11935 N. Stemmons Freeway, 15 minutes from the Design District. The 100,000-square-foot showroom and warehouse will feature large skylights, birch trees, and new product lines from the natural-stone wholesaler.

POSH ON THE PLAZA

Imagine coveting every accessory and piece of furniture in your best friend’s living room—and then finding out it’s for sale. Enter Curated by Kristin Mullen, the new home decor boutique in Snider Plaza, filled with a mix of artful curiosities and elegant antiques. The 800-square-foot space, with a 14-foot ceiling and faux bois wallpaper, is arranged in appealing vignettes of muted amethyst, sea glass, and classic blue and white. Wares range from a $30 hand-poured lemongrass and sage candle to a $1,200 pressed papyrus botanical to a $16,000 early 19th century Swedish dining table. The aesthetic “is a clean-lined, traditional look,” says Mullen, who has lived and practiced interior design in Dallas since 2005. Mullen opened her own shop because she wanted a spot where she could source the items she loved to place in her clients’ homes. “I’m not attracted to things that are overly fussy. I prefer pieces that have a great patina, that give the feeling of the maker’s hand—someone who put something of themselves in it.” 6725 Snider Plaza. 469-930-9811. curatedbykristin.com –Connie Dufner

When Sterling McDavid took time off from creating analyst reports for Goldman Sachs to travel to Vietnam with UNICEF in 2013, the Fort Worth native planned on returning with a few souvenirs—not an entirely different career path. Witnessing life without electricity or running water sparked a new passion, so she put in her two-weeks’ notice as soon as she returned to New York City. “I started really digging into the solar energy cause,” McDavid says. Her aha moment came while smelling candles in Neiman Marcus. “I was deciding whether or not to buy one, but I knew I would if I was sure it would support a cause,” McDavid says. The idea for The Starling Project was born. Hand poured in Brooklyn, the $55 candles come in four scents: Vanilla + Hemlock, Currant + Rosewood, Orange Flower + Amber, and Juniper + Saffron. Proceeds support the company’s current focus, helping UNICEF complete a solar panel in Chad, Africa. starlingproject.org –CC 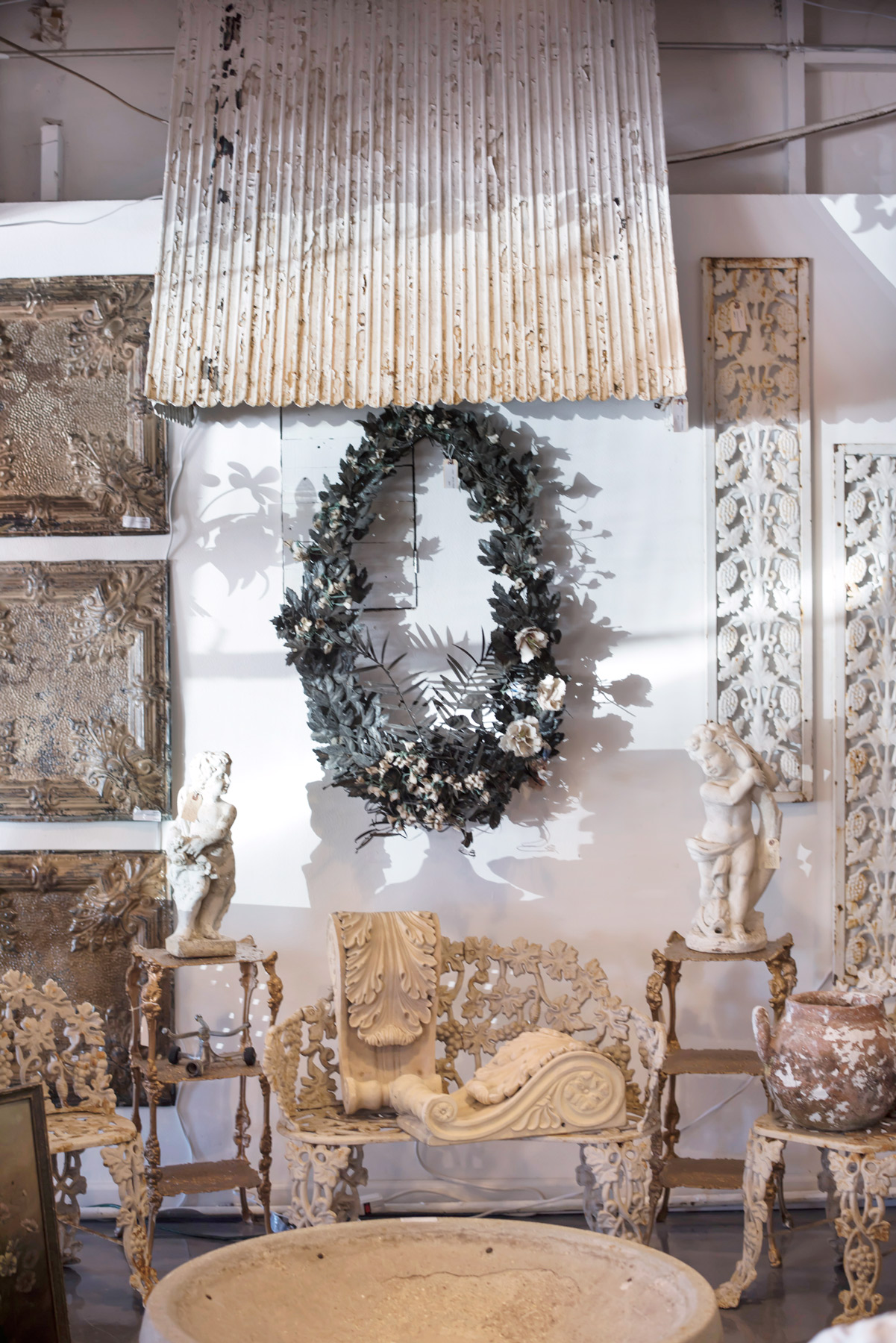 After a decade of antique treasure hunting, estate sale expert Jason Cohen’s eclectic inventory had outgrown the midsized Lakewood shop, Curiosities, he runs with his mother, Terry. They knew it was time for a second storefront, but one with more growth opportunity. “We had wanted to do a garden shop for a while,” Cohen says. “We were just waiting for the right space.” They found it at the edge of Little Forest Hills, right next to the Dallas Arboretum and Botanical Garden, and opened Curious Garden in March. Green thumbs can furnish their gardens with a mix of vintage sculptures, farmhouse finds, and other accessories. Less-seasoned gardeners can seek assistance from Jason’s wife, landscape designer Barbara Cohen. 8920 Garland Rd. 214-321-3967. –CC