We’ve worked with our friends at Texas Paint & Wallpaper to select the city’s most stunning, color-filled spaces for our fourth-annual Life in Color contest. Each year, we ask Dallas designers to show us their boldest brights, stormiest hues, and most inventive neutrals from their portfolios. The entries were striking, but in the end we chose six splashy favorites. Not only do the winners get a hefty discount at TP&W, including Benjamin Moore paint, but also the opportunity to create and name a custom color sold only through Texas Paint locations.

In this freshly renovated Greenway Parks home, designer Carrie Hatfield saw to it that the living room’s octagon-trimmed ceiling was the instant eye-catcher. To call attention to the labyrinthine woodwork, she played with whites, painting the ceiling a few shades creamier than the walls. “We needed something to warm it up a little bit—we needed that slight contrast,” she says, confessing her own love for the pure, unadulterated hue. “I love for things to be light, and with white, you can add unexpected dimension.” 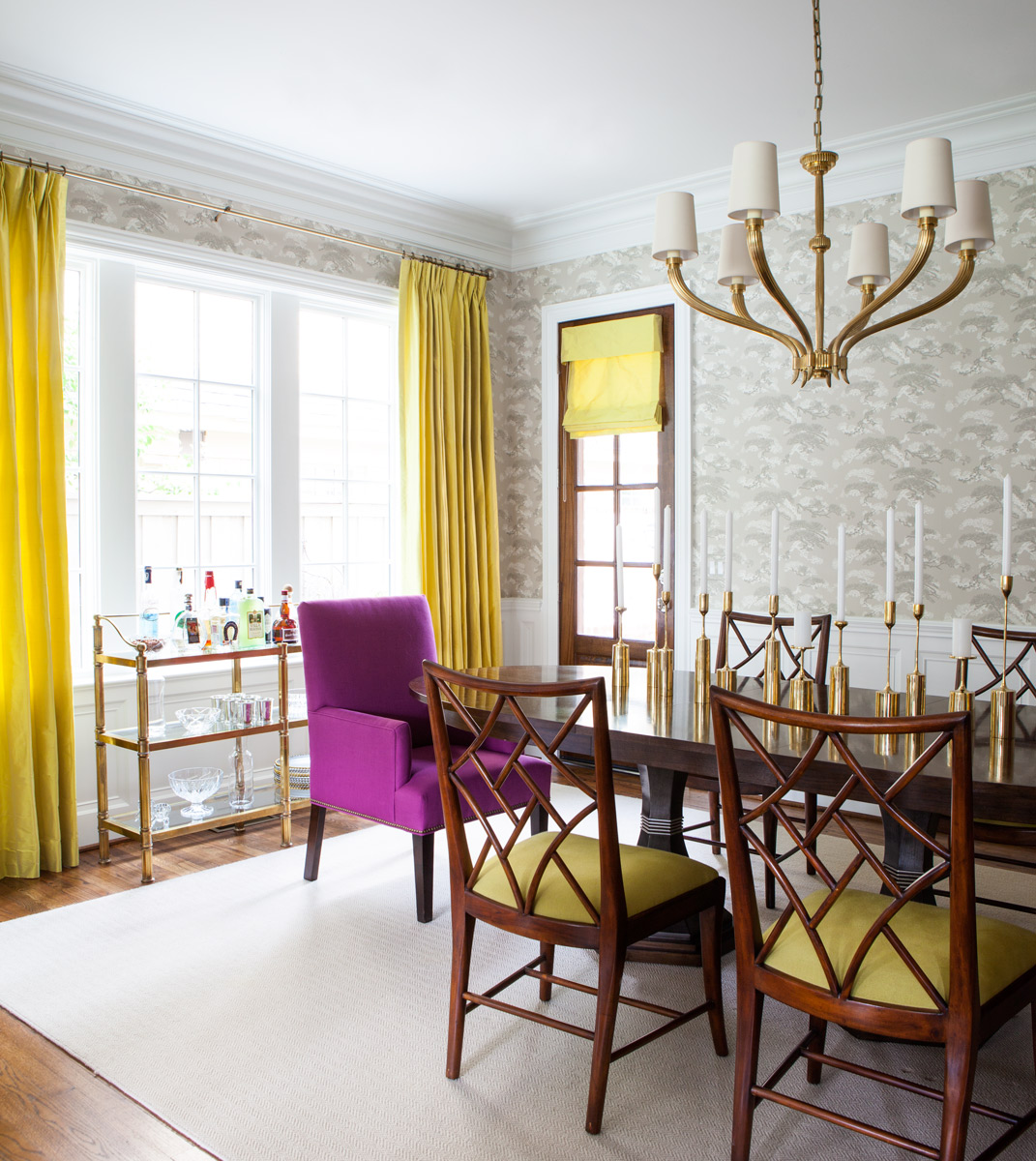 It took multiple tries before designer Tiffany McKinzie found the ideal shade for her client’s University Park dining room—morning and evening light played off the home’s red brick exterior, turning every hue pink. The answer: bright-white trim combined with a tonal-print paper. “We used color in subtle but effective ways,” McKinzie says. Pops of vibrancy—in this case, yellow and fuchsia—complement the client’s thoughtfully curated art collection and charisma. “She is a spitfire, a bundle of energy, feisty and happy-go-lucky,” McKinzie says. “I wanted it to reflect her personality.” 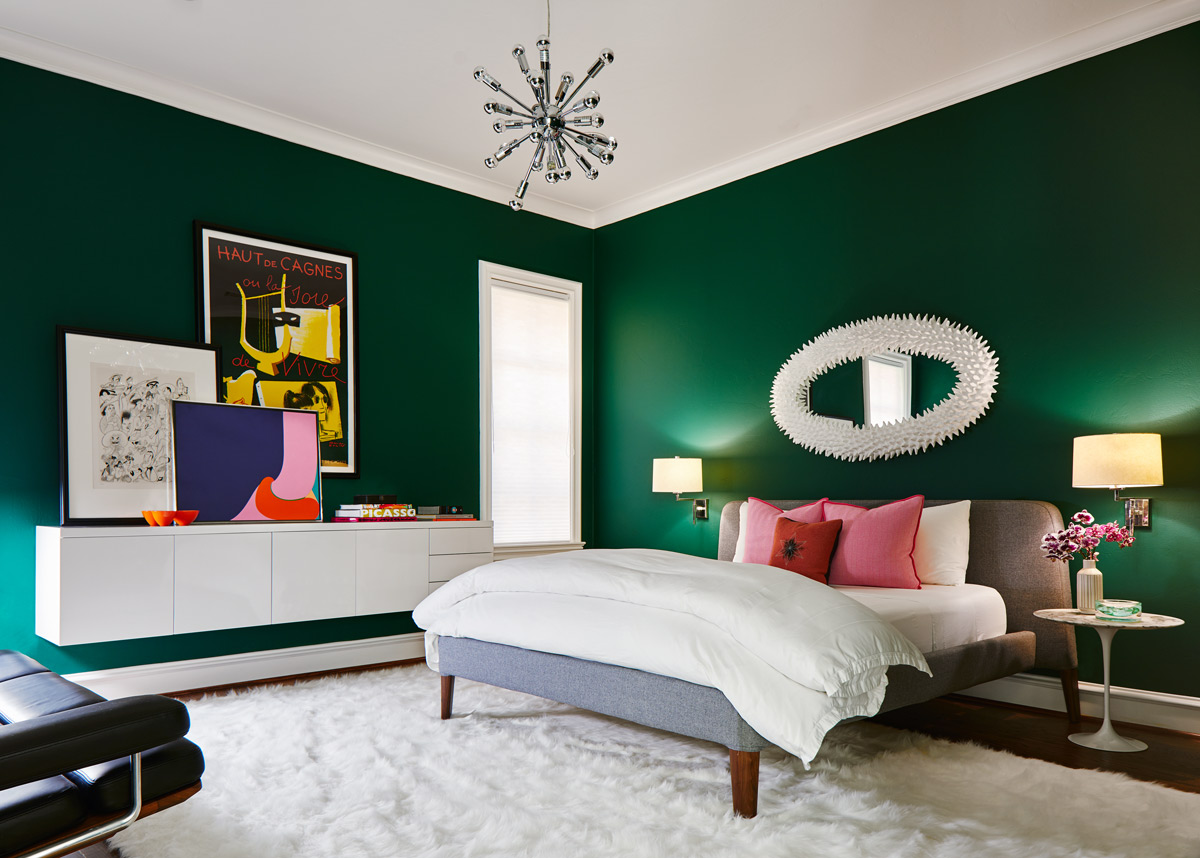 Brant McFarlain, R Brant Design. Photo by Stephen Karlisch
Photo by Stephen Karlisch
Designer Brant McFarlain bathed a playful, young couple’s Highland Park home in white, save for the guest bedroom, in which he dared to be bold. “I was going for drama,” he says. “They like to have fun with things.” He found a saturated, uninhibited rainforest green, a “rich color that didn’t look too trendy. The clients pushed me,” he says. “It was a nice challenge to add whimsy but look restrained.” 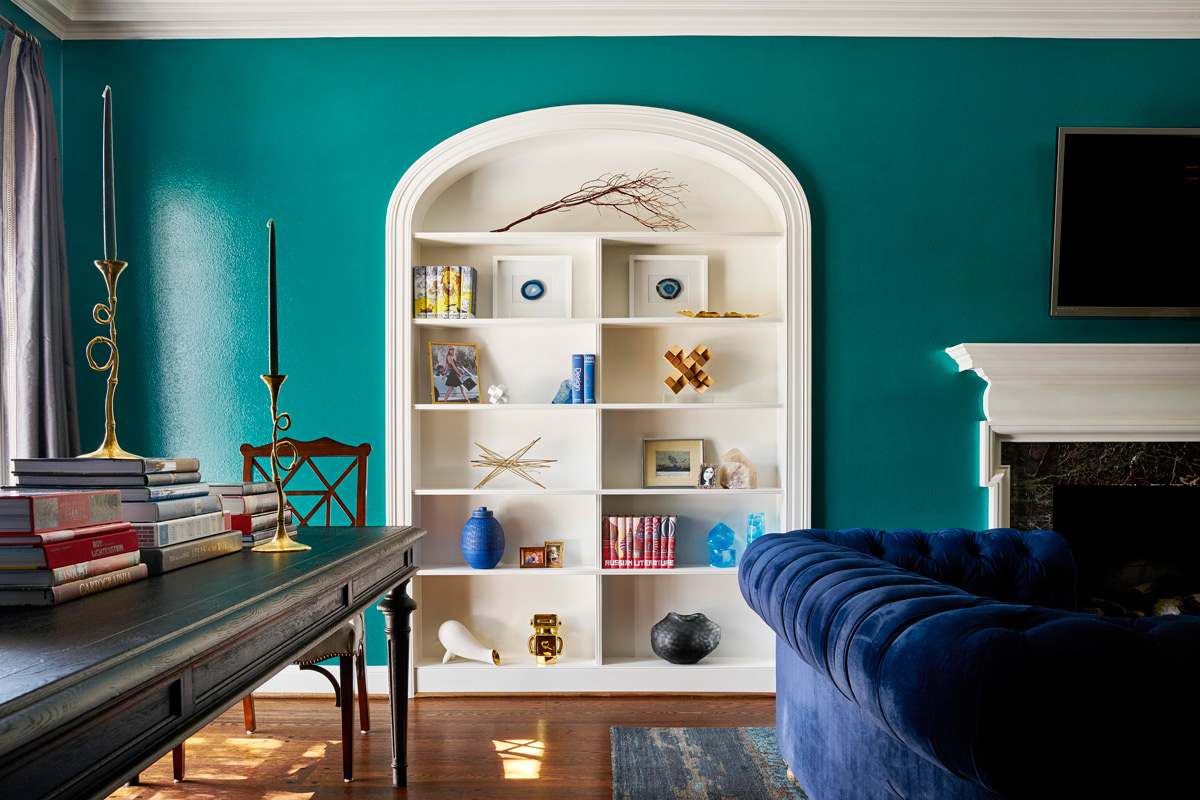 “It felt like a ballroom. Painting it this color gave it personality.” — Linda Fritschy Photo by Stephen Karlisch
Photo by Stephen Karlisch
The expansive great room in a 1940s Colonial belonging to a young family in Lakewood posed a challenge for designer Linda Fritschy. “It felt like a ballroom,” she says. The solution: vibrant teal paint, a velvety royal-blue sofa, and aqua accessories, which injected warmth and vitality. “Painting it this color gave it personality,” she says. “We really worked to make it fun and youthful. It’s now called the blue room and is the favorite in the house.” 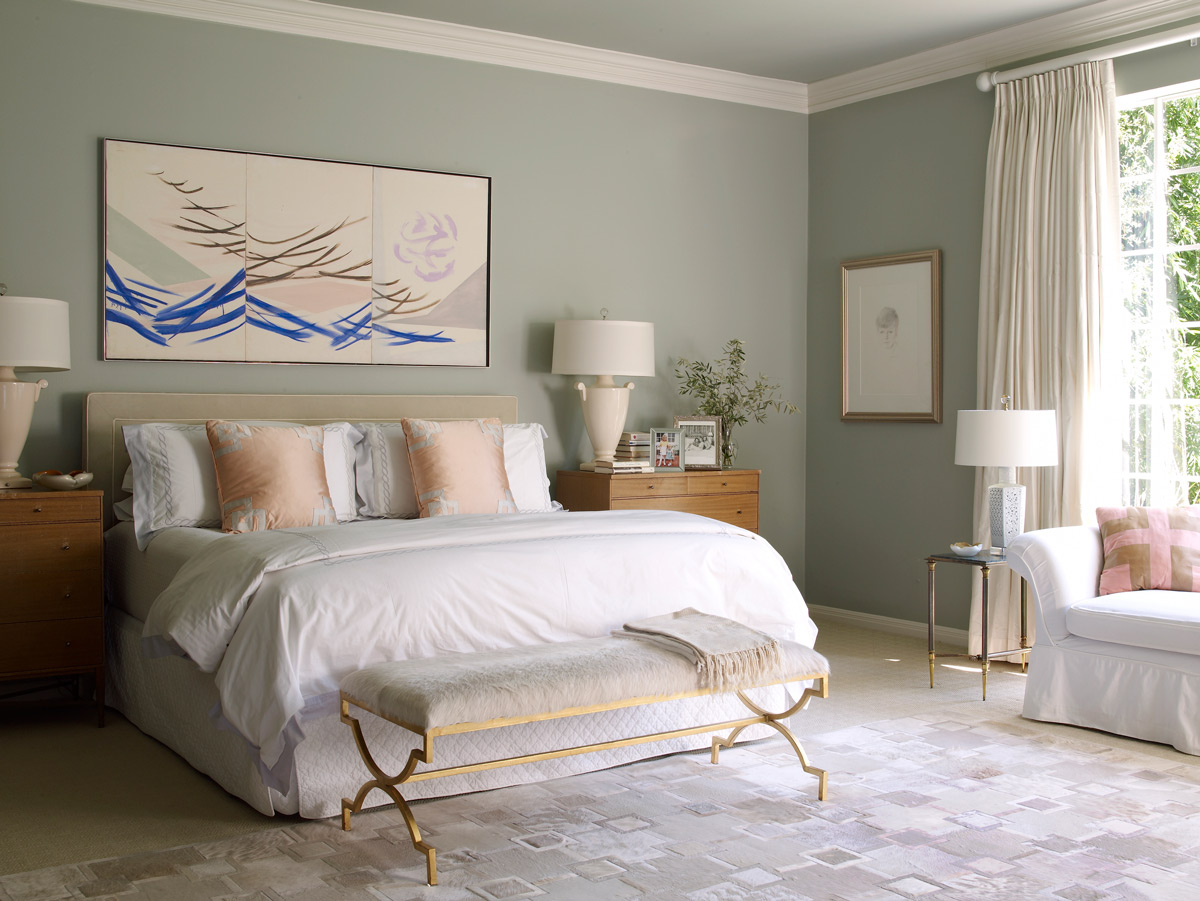 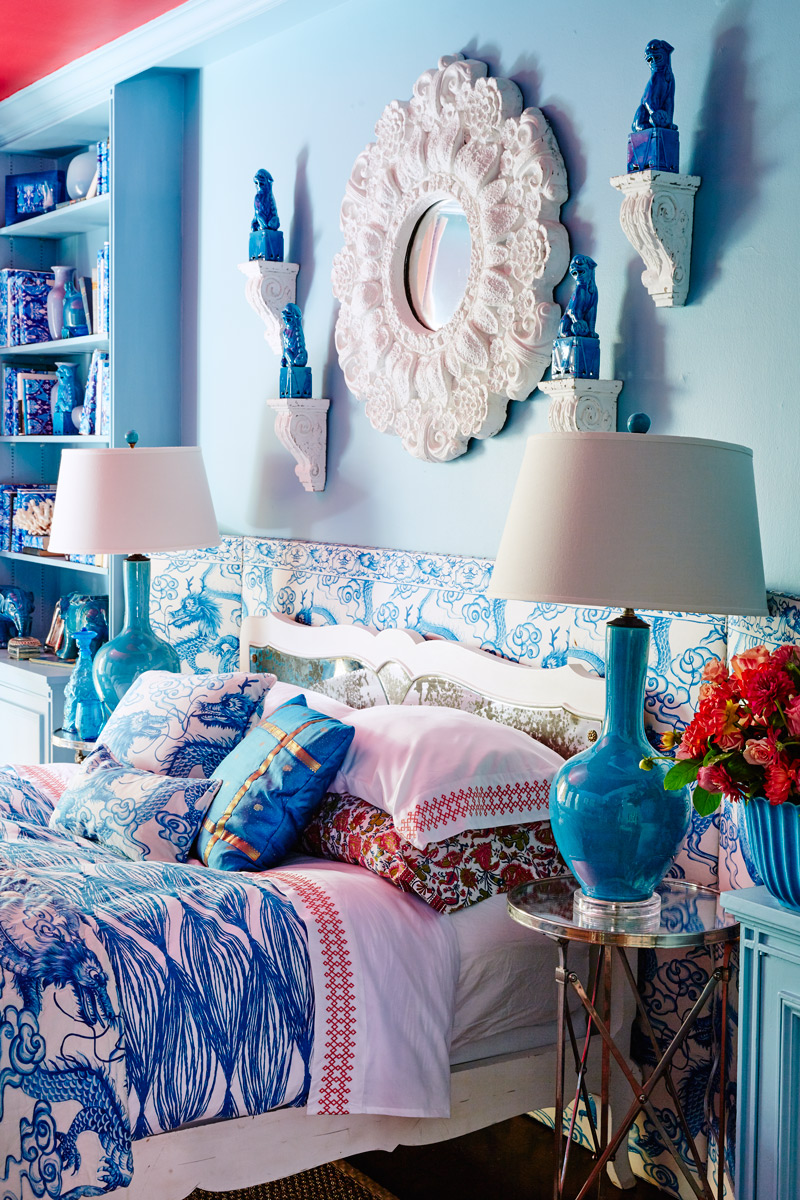 “Life is full of color—why limit ourselves?” asks designer Michelle Nussbaumer, renowned for her unpredictable mix of shades. Her daughter’s cerulean blue and raspberry childhood room was inspired by a watercolor of Queen Elizabeth II purchased in London and the Dragon Empress fabric Nussbaumer designed. “I like to do monochromatic rooms but add an unexpected color like the raspberry ceiling—it’s my signature to have a punchy color,” she says. “I think it makes it young and fun.”