You’ve spent scores of dollars to get the living room just so. You’ve recovered chairs, papered the walls, and changed out the floors. Everything is nearly done. But that mantel above the fireplace—it’s a headache that won’t go away. Leave it too spare, and it looks like you forgot all about it. Junk it up with every keepsake you’ve ever bought, and you look crazy. We challenged six designers to create a beautiful mantel arrangement in about an hour and tell us their tips for creating an elegant display. (Warning: Your family photos are not welcome here.)

Wrong scale—too many little things that aren’t corralled together; fake seasonal greenery; big outlets in the mantel that require covering up

Go with something dimensional above a fireplace.

Janet says her house is pretty pale, but she uses color in the accessories or “by accident.” 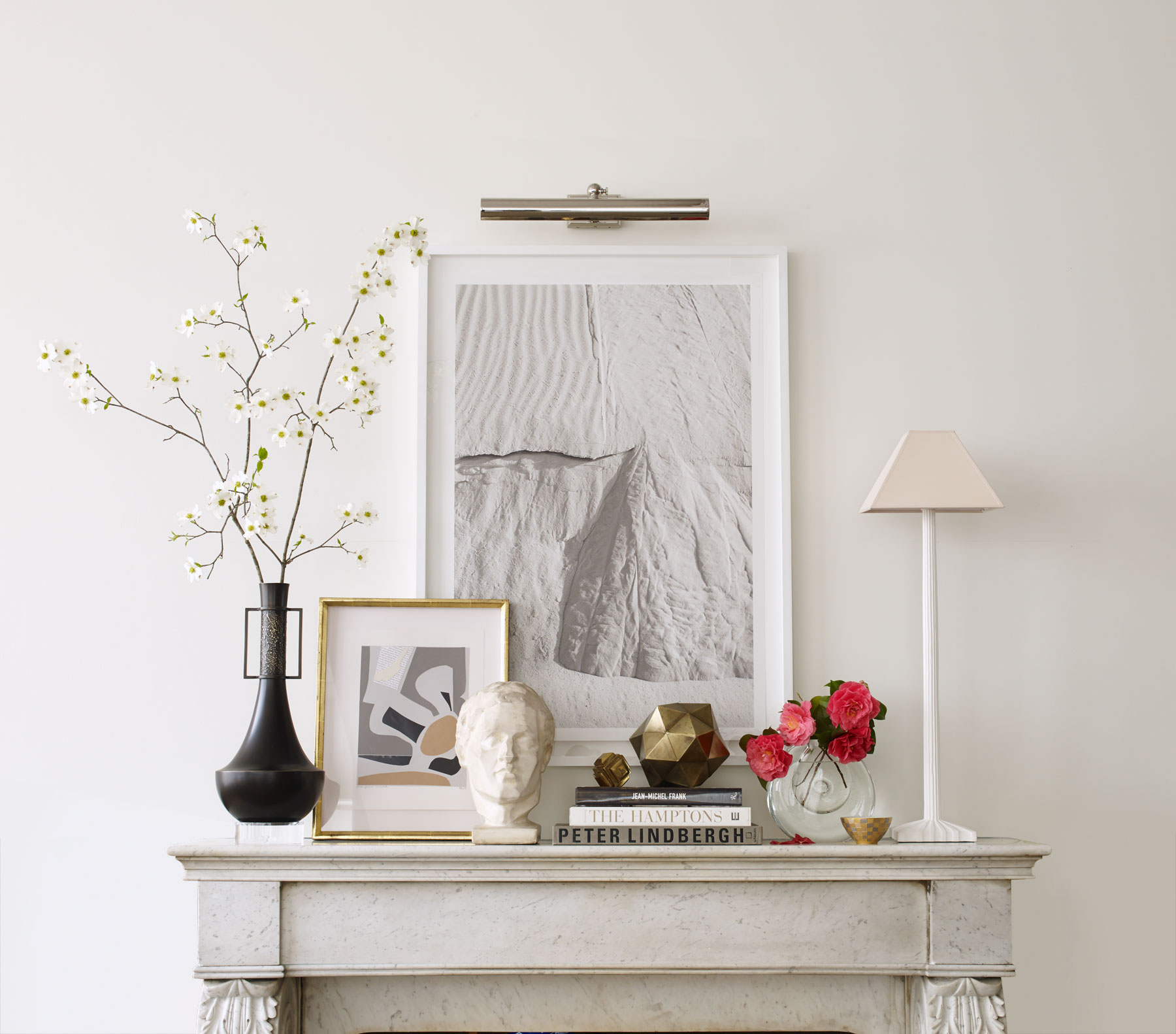 Cheap frames on good art (if you’re in a pinch, they advise getting a plain white frame at Pottery Barn); televisions; “decorator” art

Books; a small light feature like a picture light or a lamp. The designers suggest  hanging an interesting mirror if you can’t afford good art.

When it comes to arranging, Lisa says she’s very drawn to arrangements comprised of components of threes and fives. 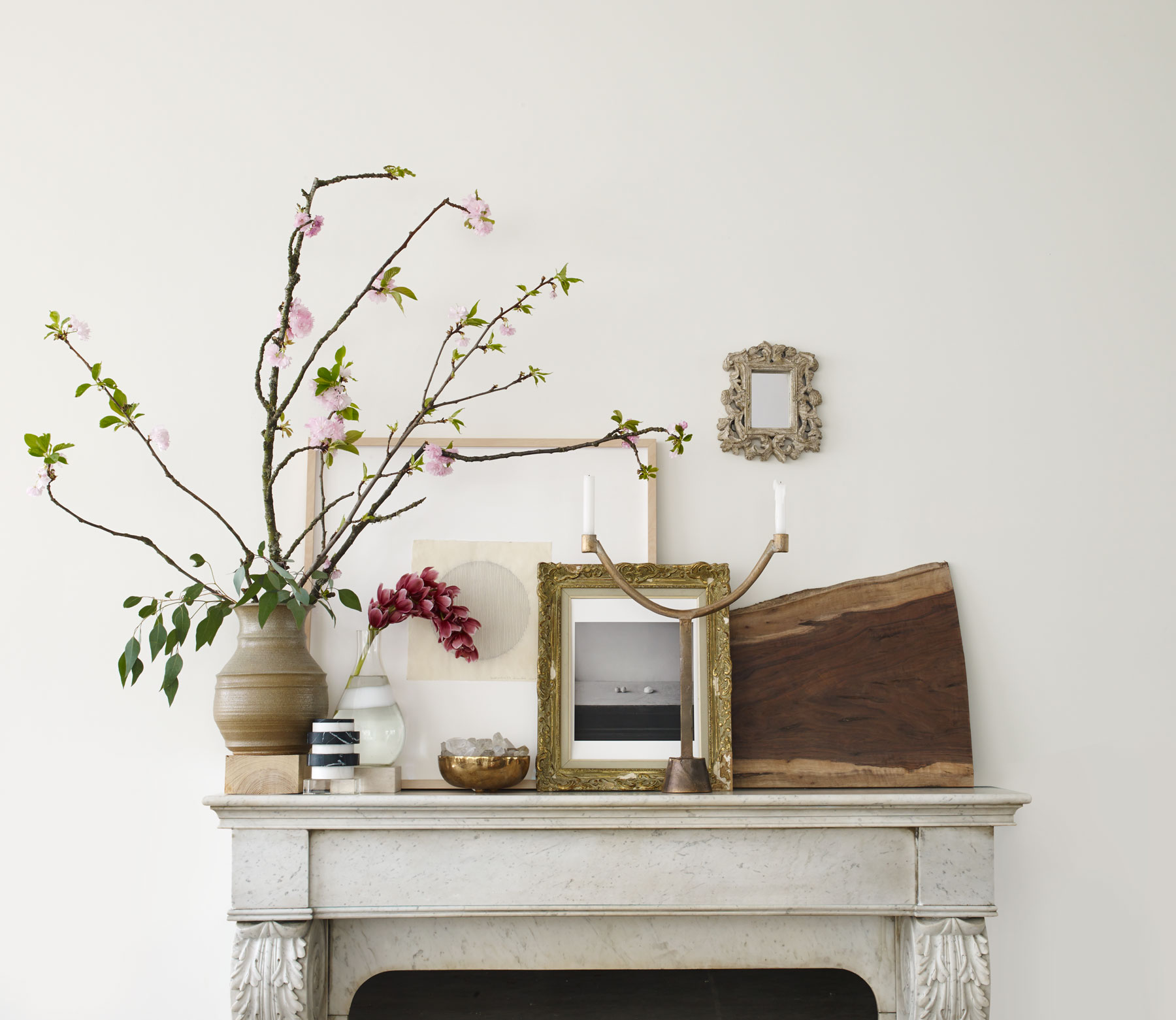 Family photos; televisions above the mantel

A piece of art that you love; natural elements like wood and greenery

Neither Joslyn nor Samantha have mantels at home, but they say the hearth is just as handy when it comes to showcasing treasures. 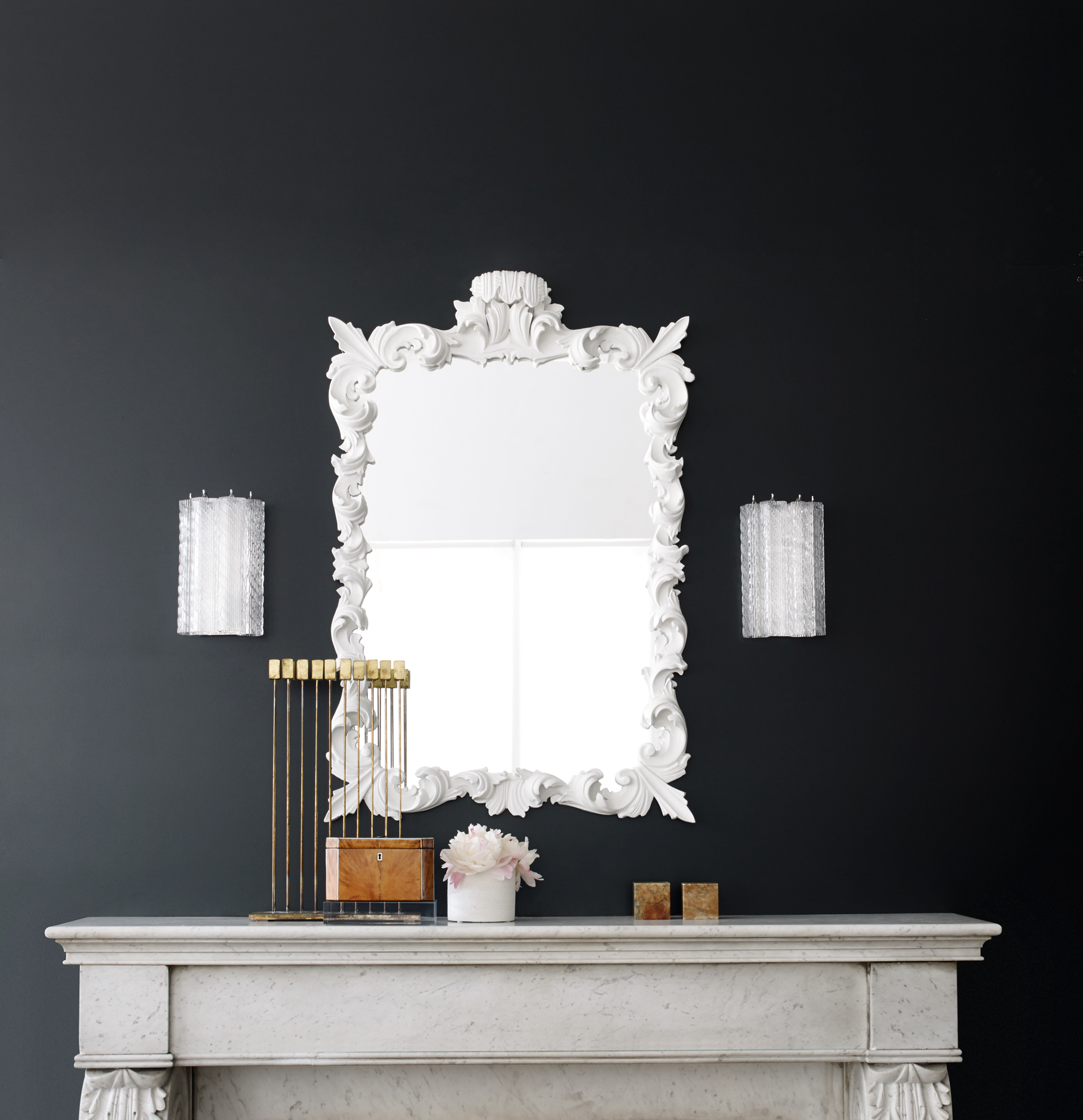 Anything fake; when the space is used as a shelf for random accessories

Select a wall sculpture, great piece of art, or beautiful mirror. The composition should complement the mantel itself.

“I have a mirror above one and art above the other.” 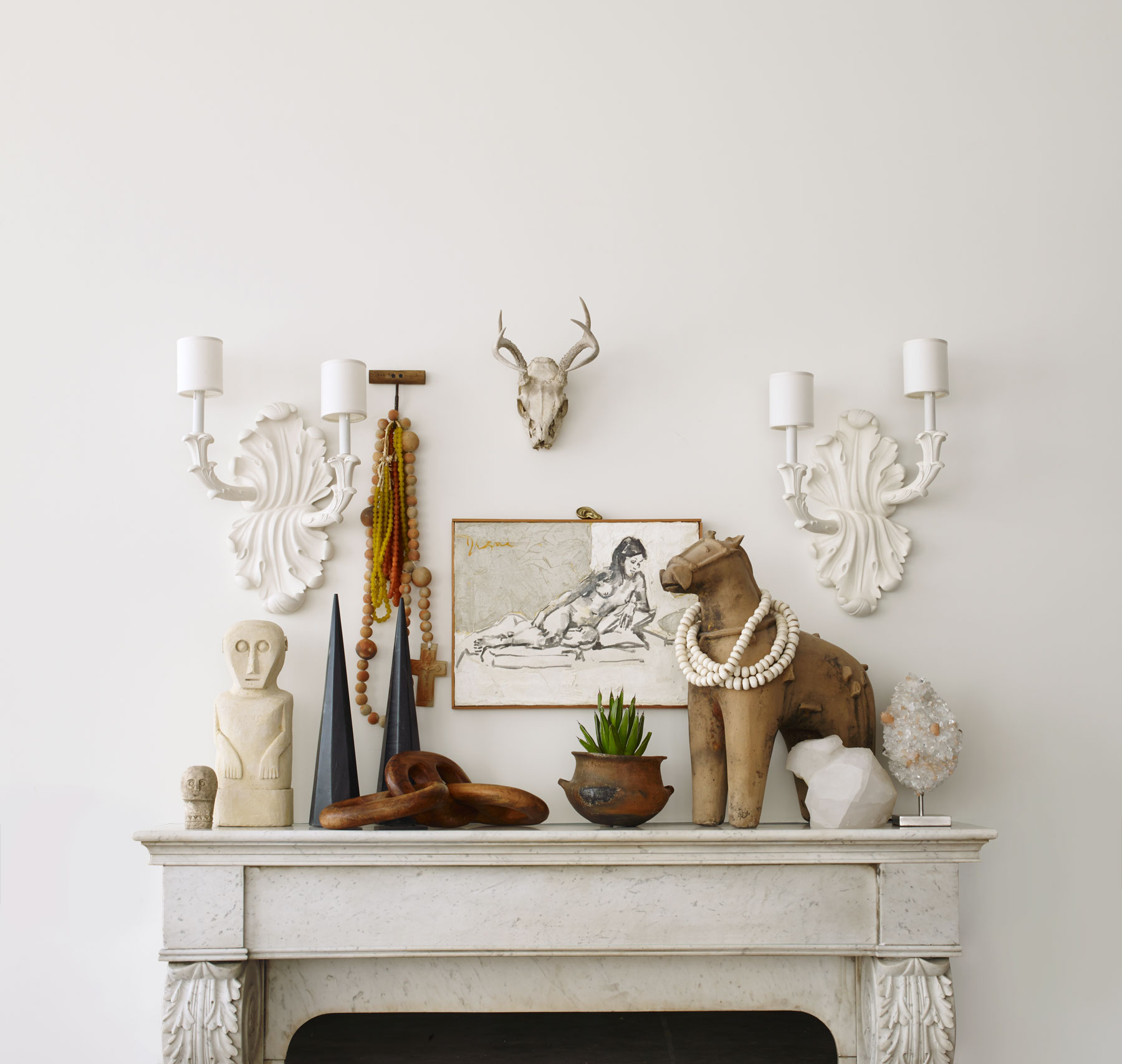 An original piece of art—something not mass produced

On her own mantel: 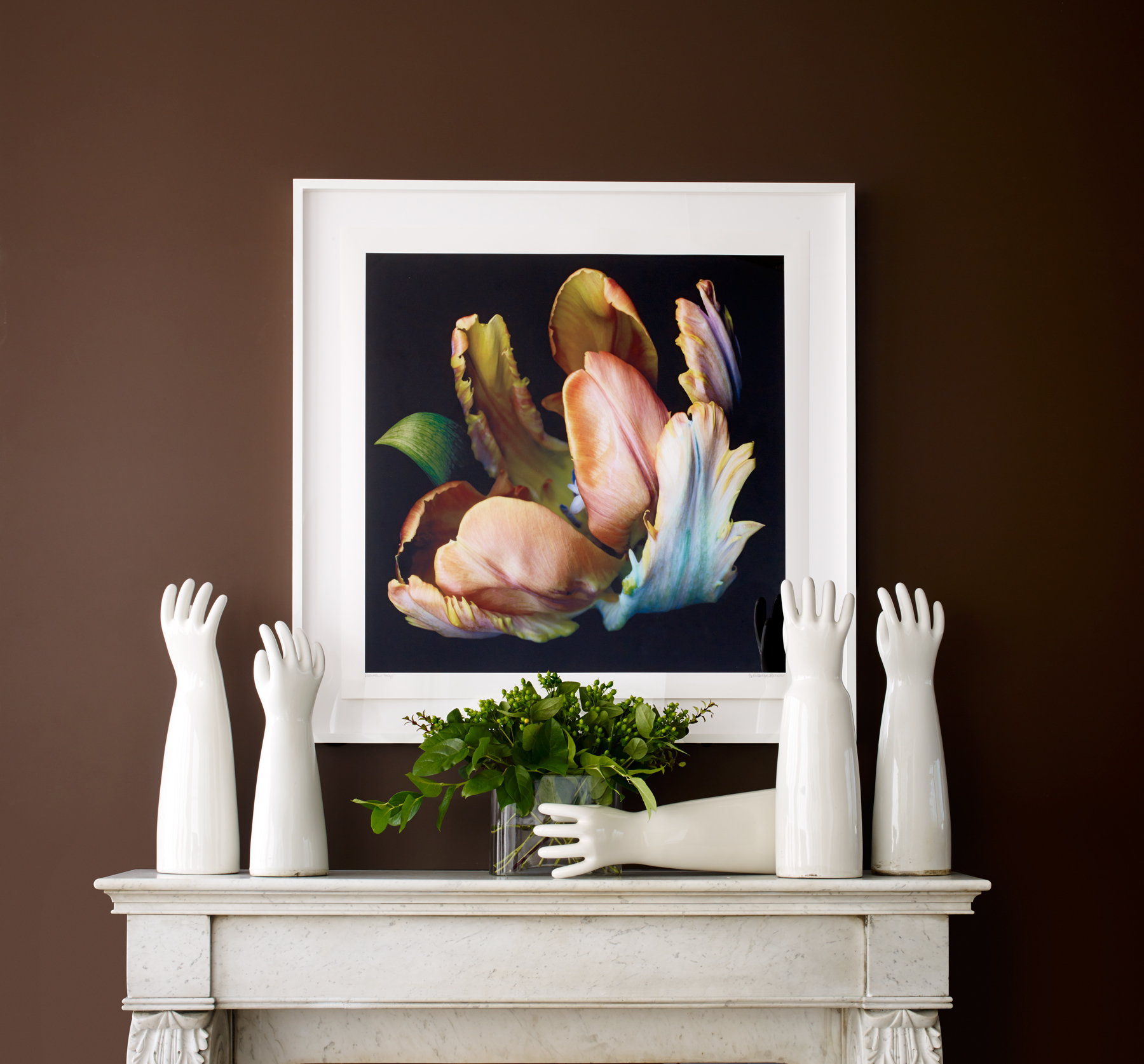 A great mirror or painting. He recommends looking at Craighead Green. “They introduce new artists, up-and-coming young artists, and have a good stable of artists that they deal with. Carolyn Brown is a wonderful artist. I love her sense of color.”

“I gave up my fireplace for a high-rise view.” 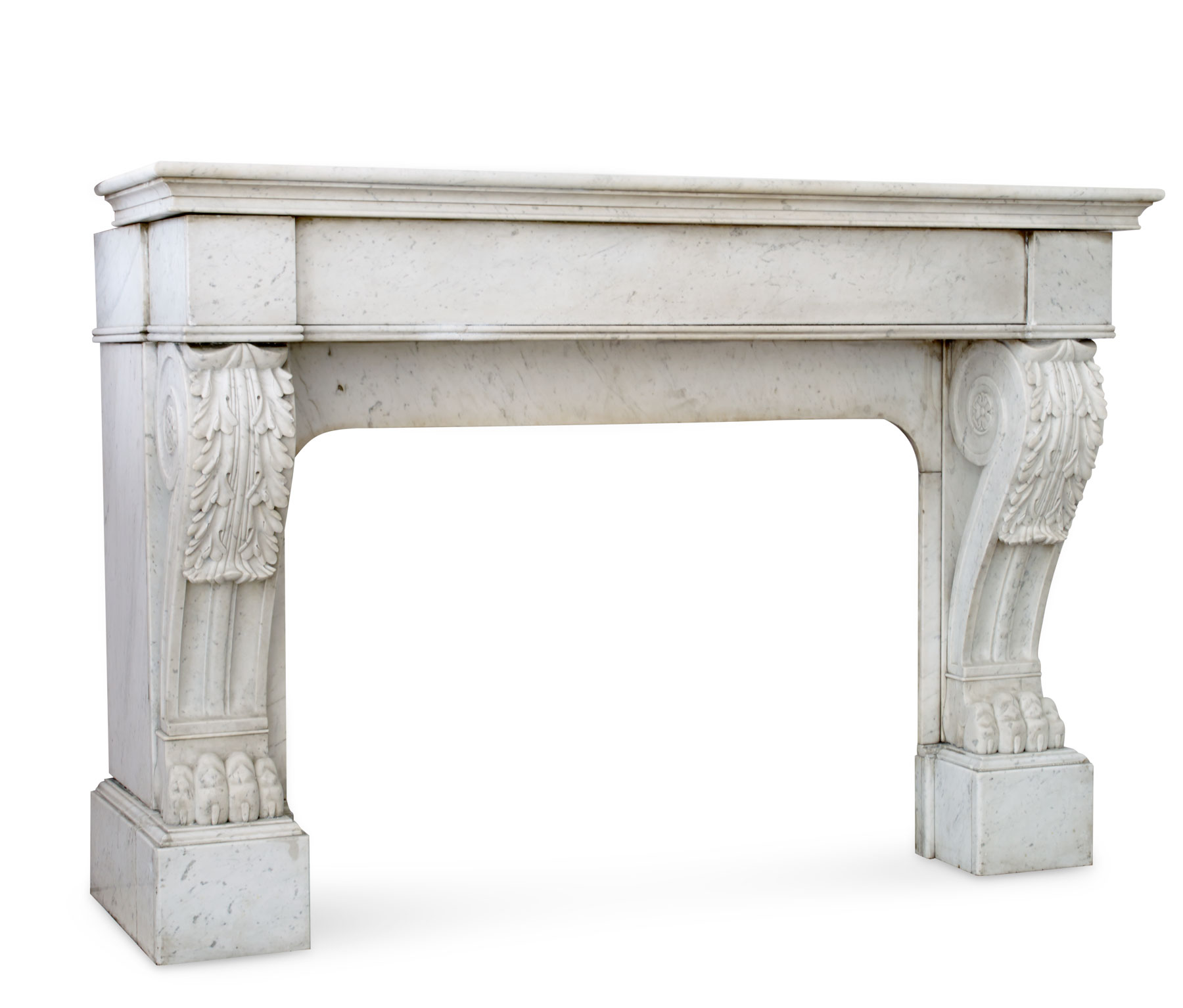 Our model was a French 19th-century marble beauty, $9,700/Pittet Architecturals