Texas Paint & Wallpaper and D Home present the results of our third annual Life in Color contest. Every year, we ask the Dallas design community to show us the most vivid rooms in their portfolios. As usual, we were amazed by what we saw. In the end, these six rooms won the day. In addition to seeing their name in lights, these grand champs will also receive membership cards, signature colors, and more from Texas Paint & Wallpaper. Check out the winners and accompanying inspirational paint colors.

When a couple in Keller decided they didn’t want their home interiors to look like carbon copies of their neighbors’, they opted to hire Emily Larkin. Emily’s first suggestion: Bring in the piano and make the living room the piano room. She added wallpaper from Donghia. “We knew we wanted something large scale and organic. They love the outdoors,” Emily says. From there, she pulled color out of the wallpaper for accents and accessories. “They were really trusting and understood the vision from the beginning,” she says. 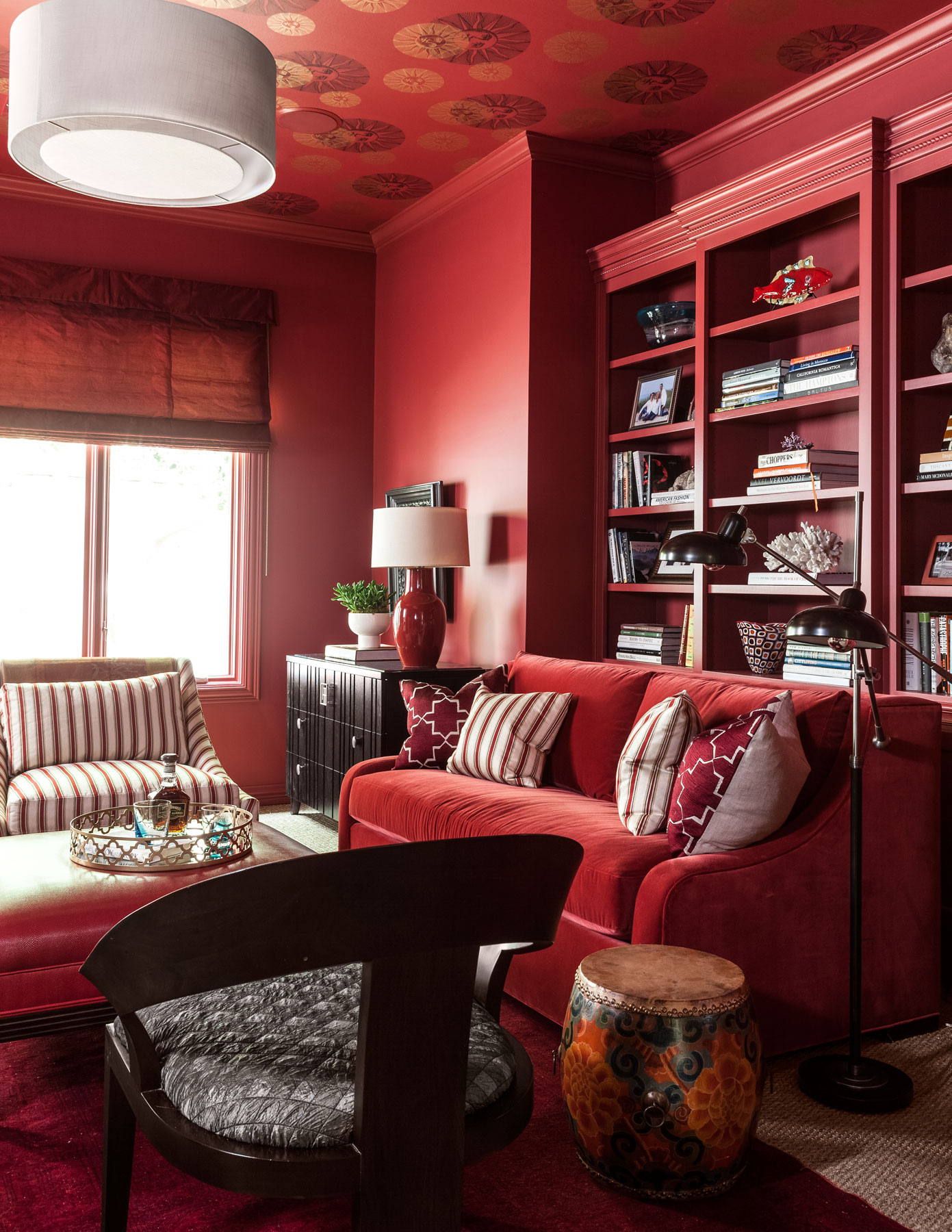 Designing duo Russ Peters and Bill Cates worked with a client in Bluffview to create a cool and colorful residence. Bill says the inspiration for the bold hue in the library came directly from the client, or rather her copy of House Beautiful. “The cover had a spectacular peacock blue library,” he says. “She said, ‘I want a sanctuary, but I like red.’ So many people are afraid of color, but we just dove right in.” 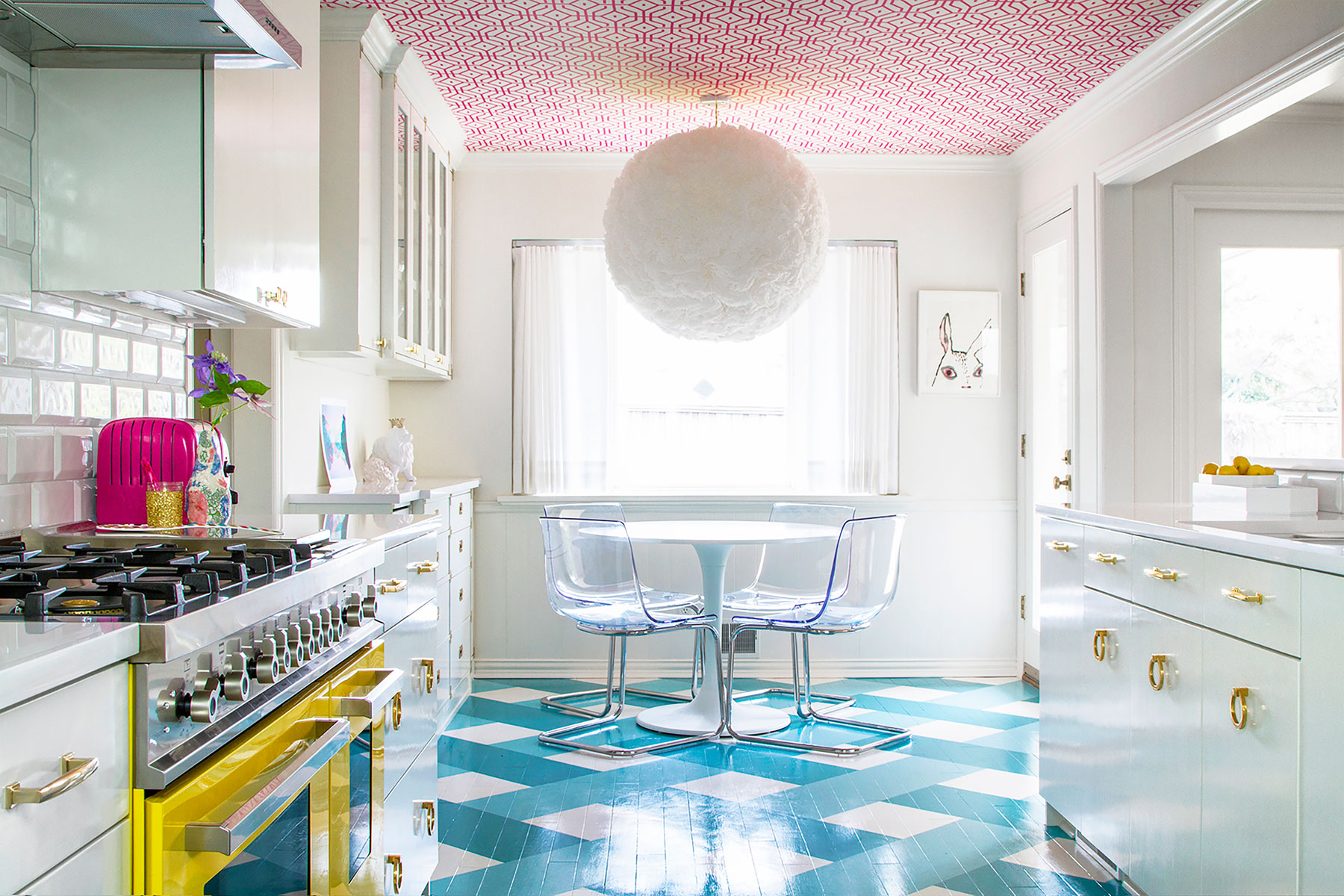 Janet Gridley’s client found her before there was even a project to work on. “She found my blog, and she wanted me to work on her house when she bought one,” Janet says. Once she purchased a lovely 1960s ranch, she put Janet to work on the kitchen. “There are limited places where you’re going to use color and pattern in a kitchen. The stove is a great place to inject color.” In addition to the Bertazzoni stove, Janet painted the laminate floor, added Anna Spiro Rosey Posey Trellis wallpaper to the ceiling, and dressed up new flat-front cabinets with pretty hardware. 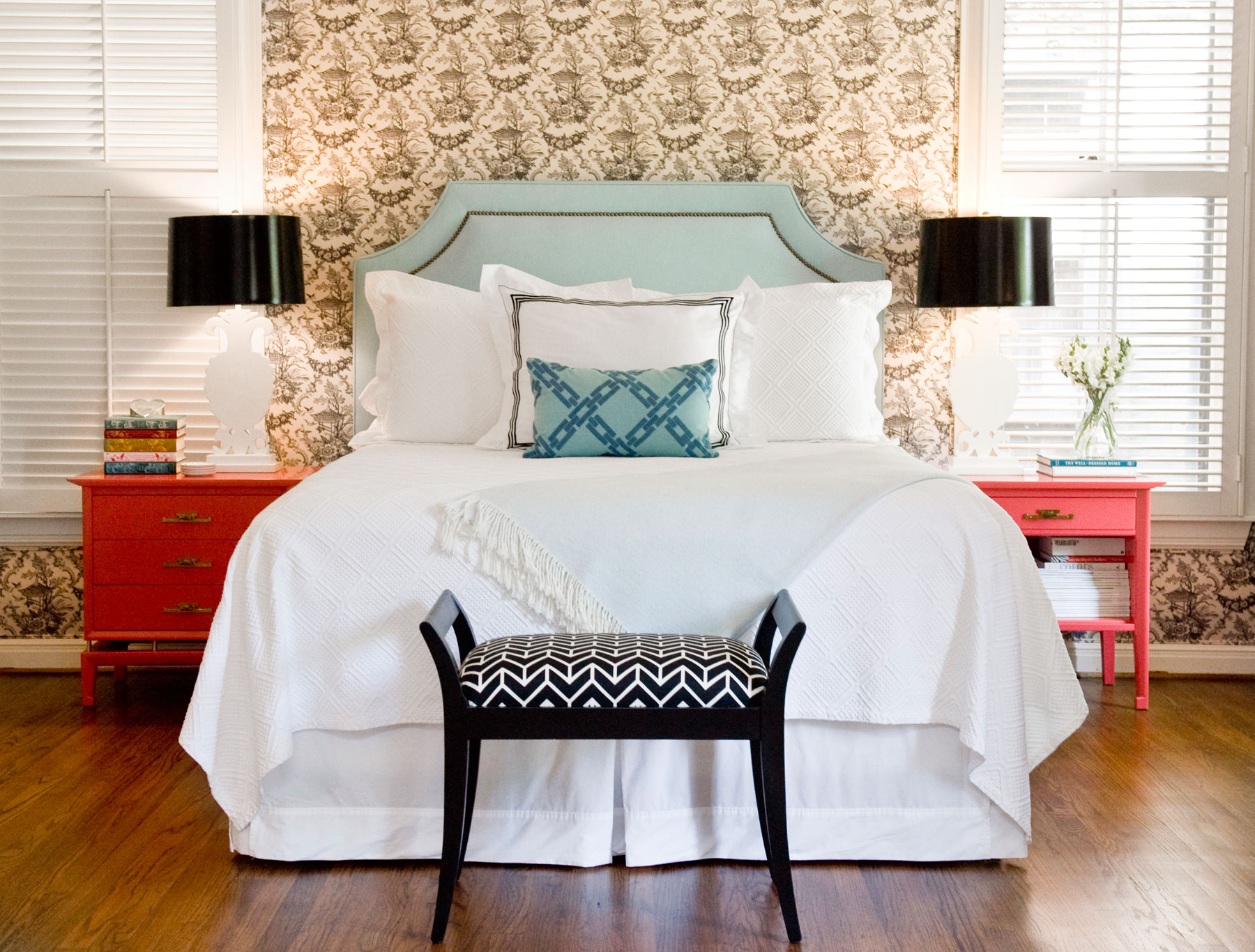 When Kelley Parker Roberts moved into this house, the walls in the master were already covered in the black-and-white-toile fabric. “I love black and white as a starting point for anything—even my wardrobe,” she says. In order to make the room a little more modern, she added pops of color via the light blue headboard and coral pagoda nightstands and layered from there. While she has since moved away from this house, color continues to play a big role in her professional life. “We have a lot of clients that hire us because we like color,” she says. “We always like to add a little, even in really neutral projects with lamps and pillows.” 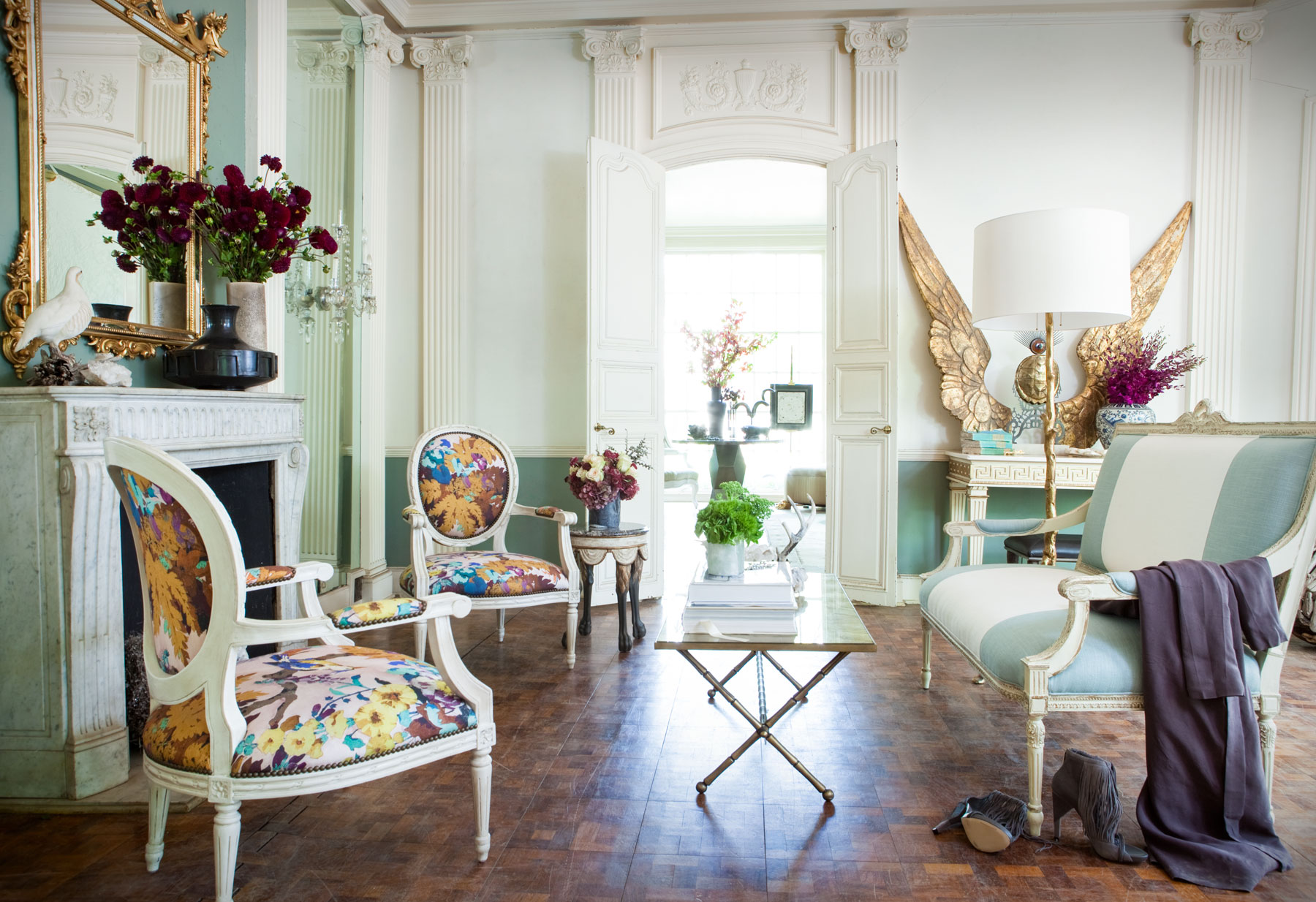 Doniphan Moore imagined and executed this space for a photo shoot with the idea of showcasing color. “I wanted to have a colorful and feminine pied-à-terre feeling,” he says. So he chose a mixture of colors and materials to create a ladylike room with masculine moments. “I love that color works here without completely enveloping the room. It serves as an architectural element—even though it’s just paint. It doesn’t feel phony or flat,” he says. 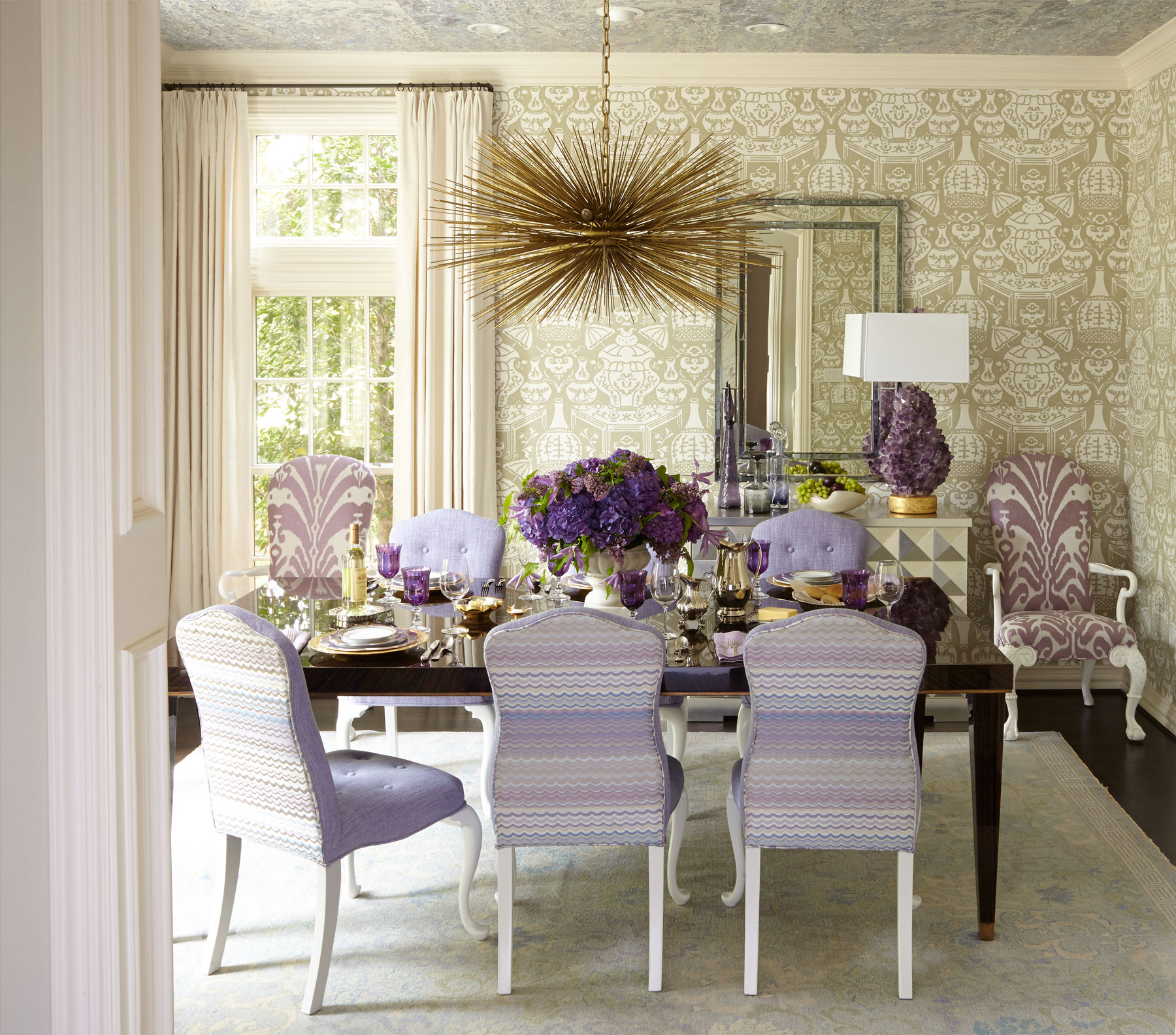 Design team Lisa Martensen and Jan Jones wanted to create an immediate visual impact in this room, which they did with the Clarence House wallpaper. The designers say they talked to the homeowner at length about what colors she liked, and they all agreed that shades of purple would be a great option. “This is one of our favorite rooms,” Lisa says. “We are grateful to have a client who trusted our vision and was bold enough to select a color that is not a traditional dining room color.”