When Seth Cummings’ father sold his medical-supply company in April 2012, Seth suddenly found himself unemployed. The 35-year-old Carrollton native had worked for his father for 14 years, and with some money saved and a lot of time on his hands, he was ready for something new.

“I needed a break,” he says. “You work for your dad for so long, and you’re, like, is this it? I wanted to do something completely different.” Only, he didn’t know what. 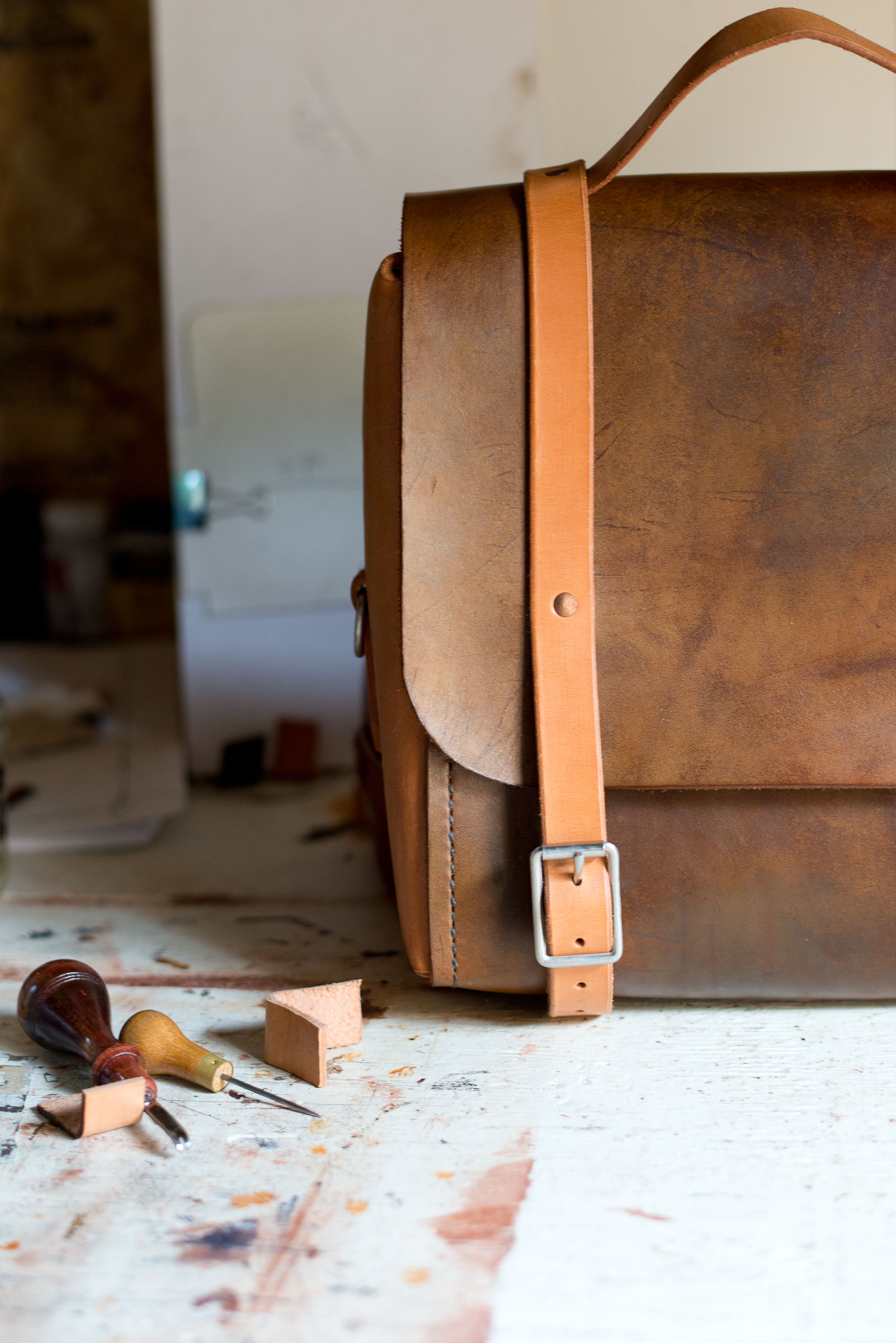 That’s when fate came in the form of an ill-fitting belt. Rather than pay to get it fixed, Cummings adopted the kind of do-it-yourself attitude that limited funds and spare time can foster. He visited a leather shop for supplies and was immediately taken by the tools, the smells, and the lasting nature of the material. Even after he’d repaired the belt, his interest grew. He began reading books and watching online videos about the craft of leatherworking and soon was experimenting with pieces. What began as a hobby quickly grew into something more.

“That’s just my personality,” he says. “When I get into something, I just get consumed by it.”

His early attempts were, he admits now with a laugh, pretty crude. But over the next six months, he fine-tuned his skills, eventually making messenger bags, wallets, dopp kits, and more that were good enough to sell. He came up with a name—Of Mud & Coal, after his dogs—and a friend whipped up a logo, giving him all he needed to launch an Etsy shop in October 2012.

Two years later, he hasn’t quit his day job. He sells an average of 30 products a month, ranging from Field Notes covers, which sell for $65 a pop, to messenger bags in the $300 range. Each piece is painstakingly made by hand, taking up to 12 hours to create in the un-air-conditioned studio behind his Pilot Point house. Though starting a business hasn’t been without hardships, it’s also come with plenty of reward.

“It’s one of the toughest things I’ve ever done,” he says. “It takes a lot of struggle and perseverance. But it’s totally worth it.”

While he’s loathe to call himself an artist or push his products, lest he come off as self-promoting, he’s realized this is what he was meant to do. He plans to continue expanding his offerings, and maybe one day, open a store.

BUSINESS KELLY: THE MAN AND HIS DREAM