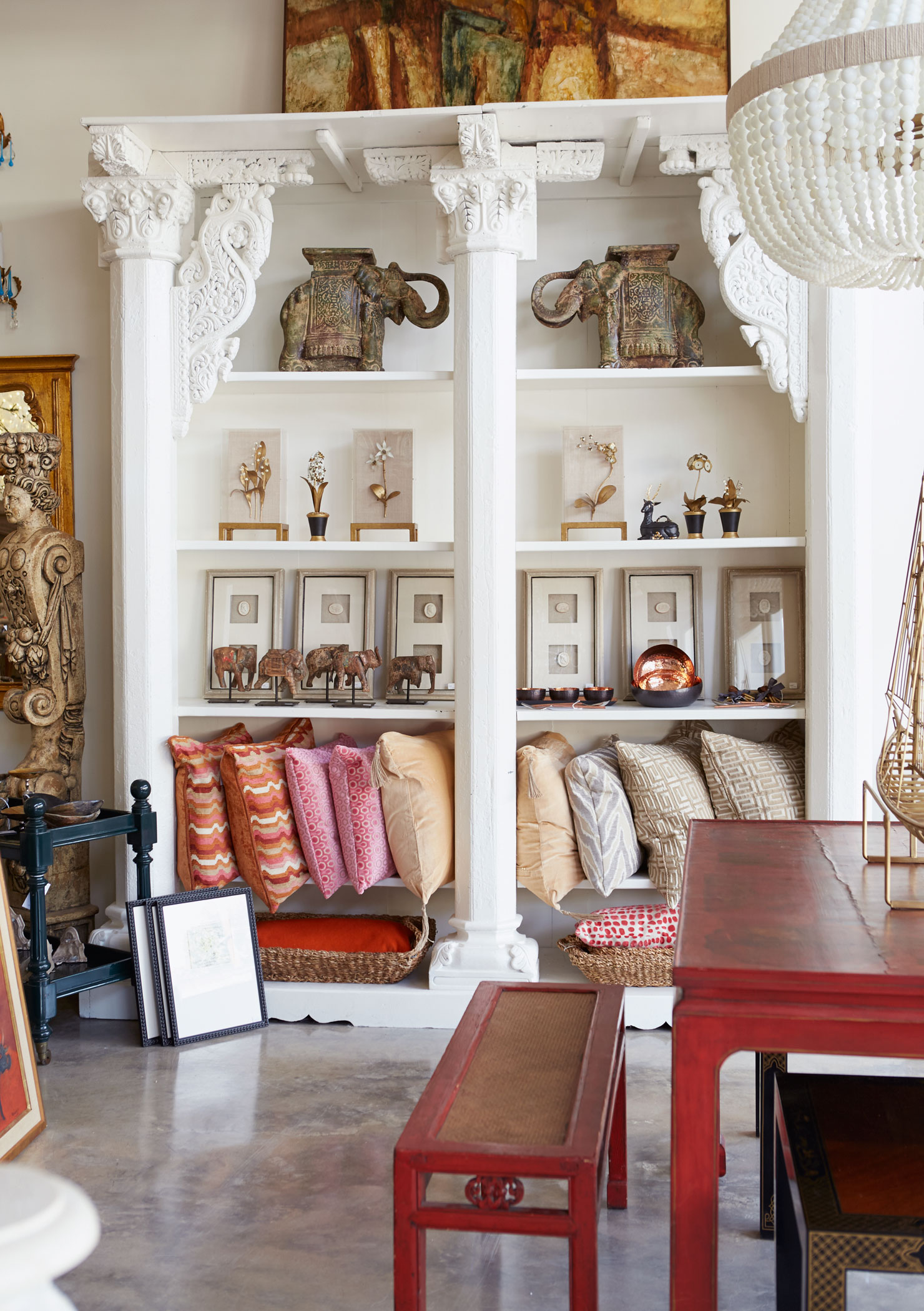 Coco & Dash. Photo by Jill Broussard
Photo by Jill Broussard
The latest addition to Henderson Avenue’s roster of home decor shops, Coco & Dash, has a knack for making customers feel at home the second they walk through the door. Prepare to be greeted by Samantha, a sweet-natured Anatolian Shepherd who frequents the store, and to be charmed by the shop’s mother-daughter co-owners, Teddie and Courtney Garrigan. Having grown up in Europe, Teddie developed an appreciation for design early in life, which she passed along to her daughter. It wasn’t until a year ago, however, that the pair decided to make their shared passion for design a reality.

The result is an upscale home furnishings, accessories, and gift shop that carries contemporary lines as well as vintage and antique pieces. Customers can find everything from a Ro Sham Beaux rose quartz chandelier and antique French armoires to handcrafted candles and jewelry. The well-curated, eclectic collection is intended to allow for fun and sophistication to coexist in your interiors. “You can have an important piece without it looking like it belongs in your grandmother’s house,” Courtney says. The owners also seek out goods that are produced domestically as well as products made by women. 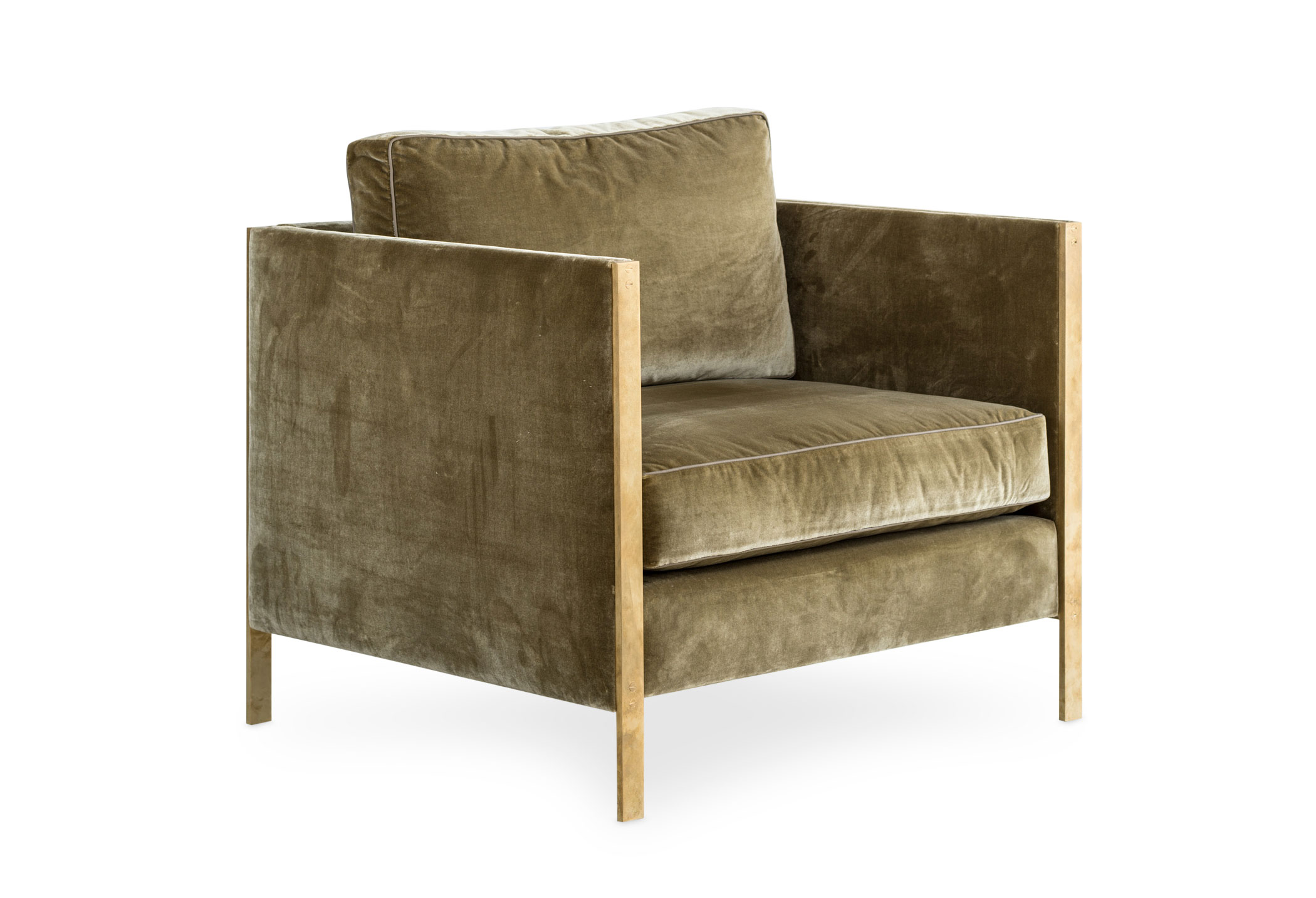 Emily Summers | Studio 54 Courtesy of vendor
Dallas interior designer Emily Summers has opened her first retail store, Emily Summers | Studio 54, in Highland Park Village. Located in suite 54, between Ralph Lauren and the temporary Hermès space, the 1,300-square-foot shop is filled with vintage and bespoke furniture as well as Summers’ favorite contemporary lines of lighting, rugs, and accessories from New York, Los Angeles, and Paris. “This space is something she has thought about for years, but she never had the opportunity,” Laura Briggs, the brand’s marketing officer and Summers’ daughter, says. “Now is the right time for her.”

Known for her crisp and elegant interiors, Summers’ designs have landed her on Architectural Digest’s lists of top interior designers in the world. At Emily Summers | Studio 54, shoppers will be immersed in her signature style. Custom pieces from local artists like ceramics by Brian Molanphy will also be available for purchase. 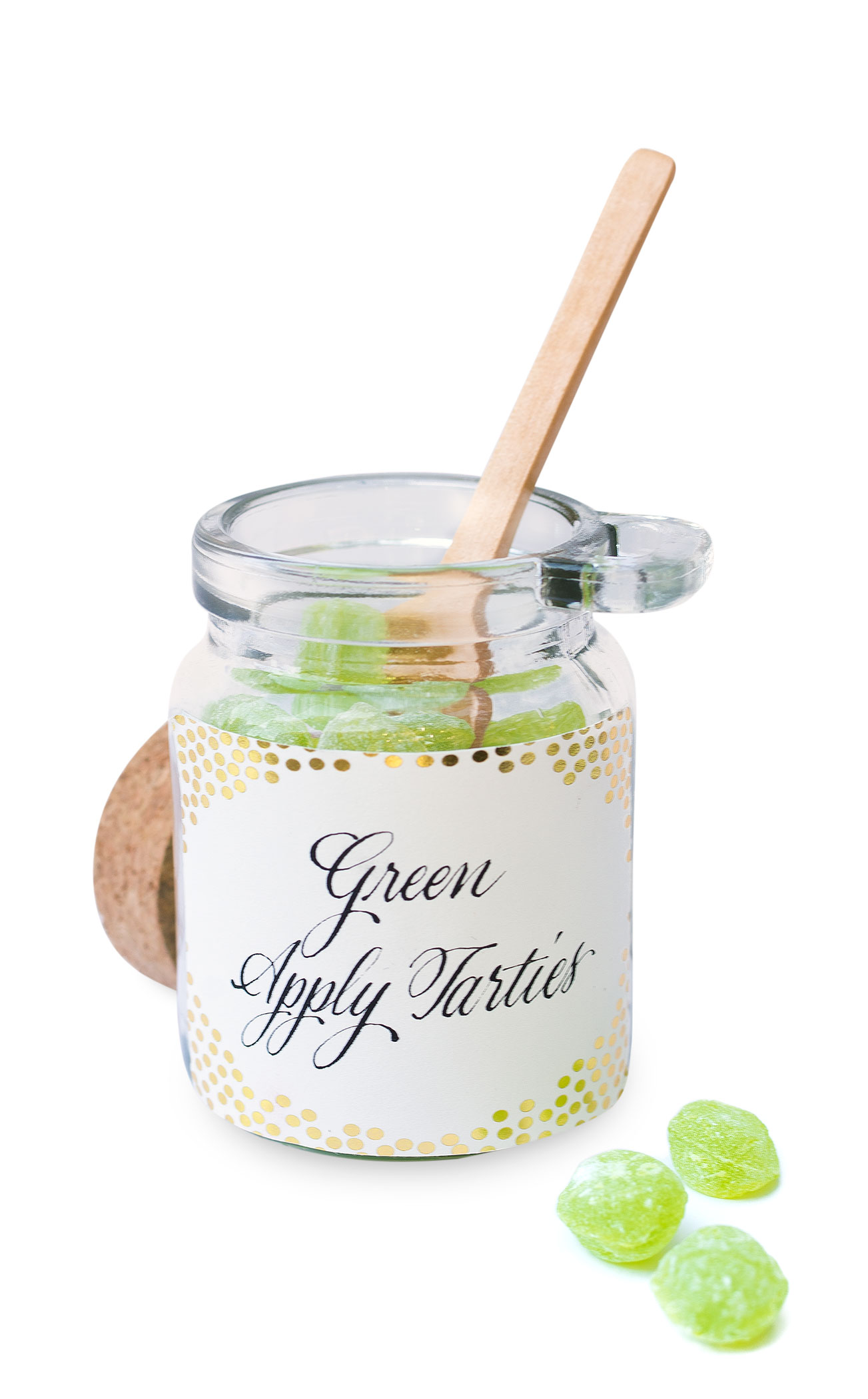 Bell’Invito. Photo by Elizabeth Lavin
Photo by Elizabeth Lavin
Fans of letterpress are very familiar with Bell’Invito, the luxury stationer owned by Heather Wiese Alexander. Now Alexander has transformed her showroom into two distinct spaces. The back is a sophisticated VIP lounge where letterpress clients drink Champagne and kick back while perusing design options. Up front, shoppers can check out some new merchandise. “We’ve never had a box set under $50 before,” she says. “Letterpress is, frankly, very expensive. But we created a new concept and put it through beta testing for a year.”

Alexander isn’t content with merely meeting your paper needs. “If you’re freaking out two days before a party like I normally do, I want you to have a single place where you can get everything you need for a pretty table instead of going to seven different stores,” she says. To that end, she’s stocked up on vintage serving pieces, wrapping papers, place cards and holders, and lots more. 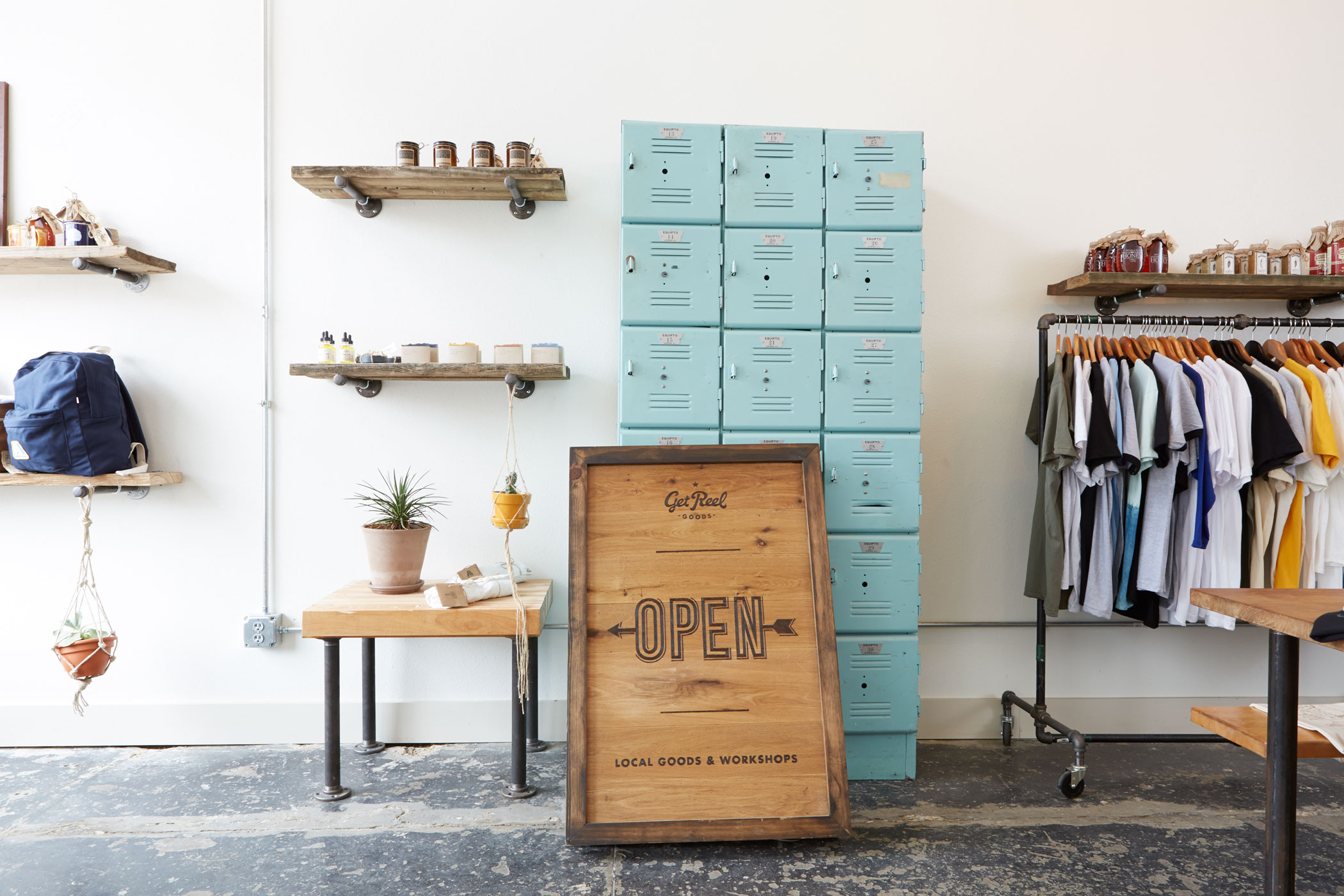 Dallas-based Reel FX employs more than 300 talented creatives who produce the visual effects and computer animation the entertainment studio has become known for. But after hours, left with what creative director David Hummel calls “creative steam,” many of those employees were exercising their artistic muscles in ways that went beyond putting mouse to mousepad and pixel to screen. So the enterprising minds at Reel FX have channeled that energy into Get Reel Goods, an educational studio and shop located a stone’s throw from their Deep Ellum headquarters. The back half of the 1,200-square-foot space hosts classes on everything from improv acting to cider making, while the front of the store is stocked with clothing, accessories, home goods, and food items made by Reel FX employees and other area artisans. Beyond simply offering an outlet for independent businessmen and -women to teach their trades and sell their wares, the Get Reel team can lend their design expertise to help with merchandising, brand building, and packaging. Their goal in everything—from community-outreach projects like mural painting to subsidizing workshops to make them more affordable for their employees—is to foster the artistic spirit. “It’s a way we can give back to the employees of Reel FX and to the community,” says COO Kyle Clark. “It’s about getting back to making stuff.” 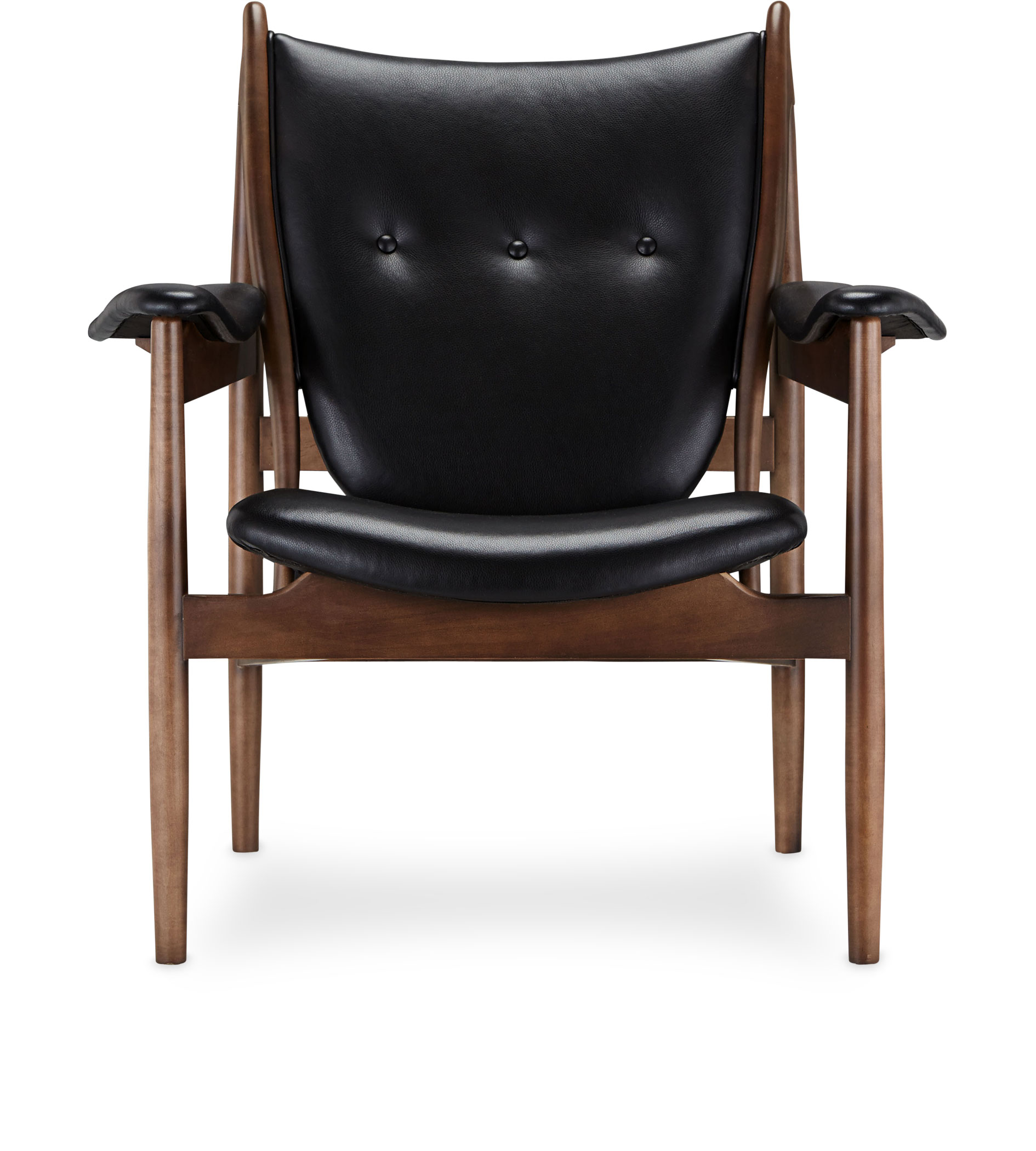 Arhaus. Courtesy of vendor
At long last, Cleveland-based home furnishings retailer Arhaus is bringing its high-end collections of upholstered pieces, case goods, lighting, rugs, and accessories to Dallas. With more than 50 stores around the country, including ones in Austin, Houston, and the Woodlands, Arhaus executives felt the time was right to expand to Dallas when they found an ideal location at NorthPark Center. The 24,000-square-foot store will feature offerings tailored specifically to Dallas. “The selection will include higher-end and luxury items, as well as an exclusive assortment of antiques,” says chief creative officer Gary Babcock. “I’ve been shopping for one-of-a-kinds for two years specifically for this store.”

Dallas will also be the only location in the country to carry Arhaus’ new collection of Italian wallpapers and other specialty wall treatments, including some made of shells and wood. And customers can feel good about purchasing from Arhaus, as nearly 50 percent of their collections are made from recycled and renewable materials. 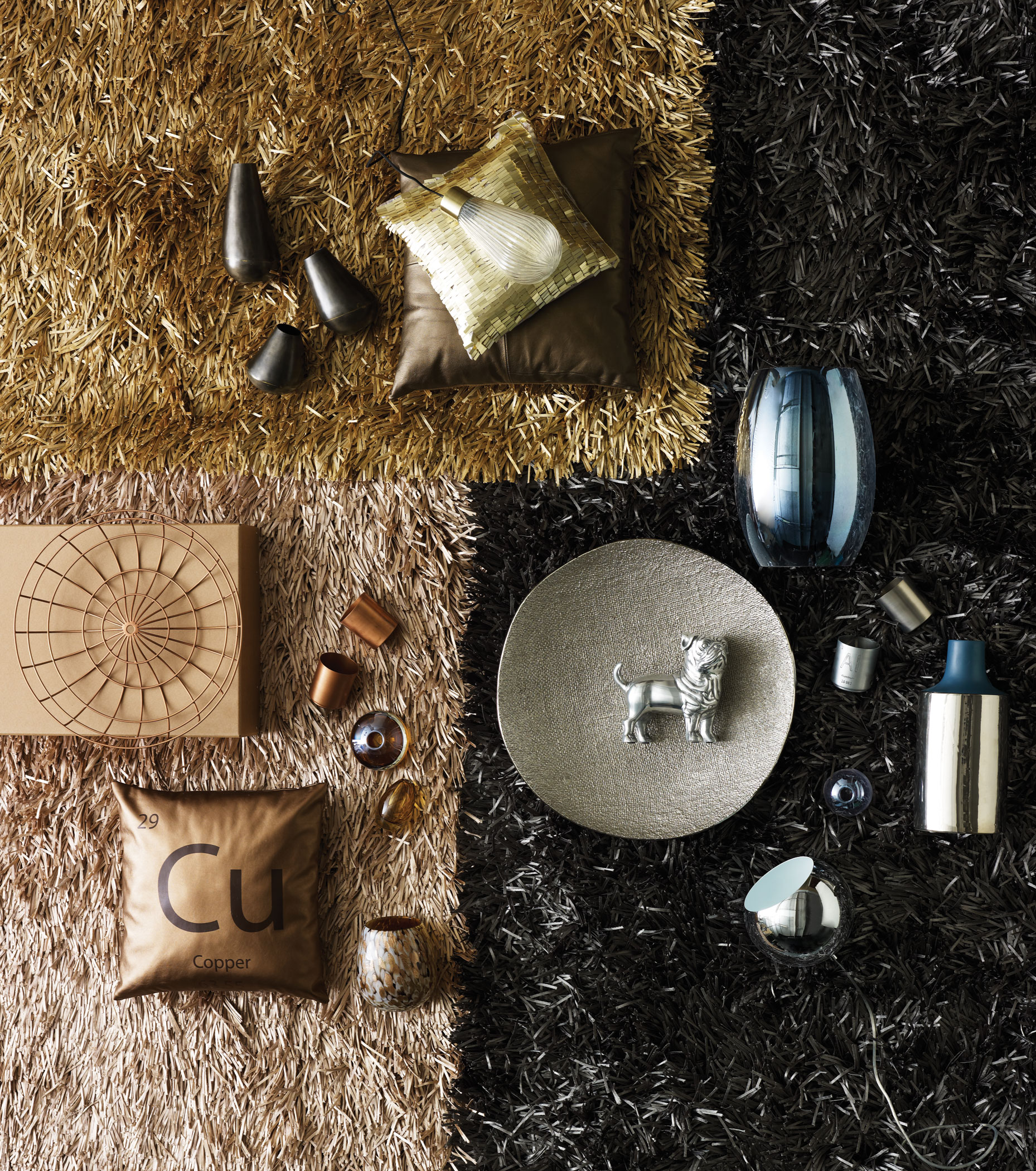 BoConcept. Courtesy of vendor
BoConcept is under new ownership and has relocated from the Design District to a 3,000-square-foot space on McKinney Avenue in the Knox-Henderson neighborhood. The new space perfectly showcases the Danish design house’s 2015 collection, which offers more colors, contrasts, and combinations than ever before. Owner Agustin Barragan says the new neighborhood is a perfect fit for the retailer’s modern furnishings and accessories. “The Knox-Henderson area is one of the city’s top shopping destinations,” he says. “We look forward to being a part of it.” 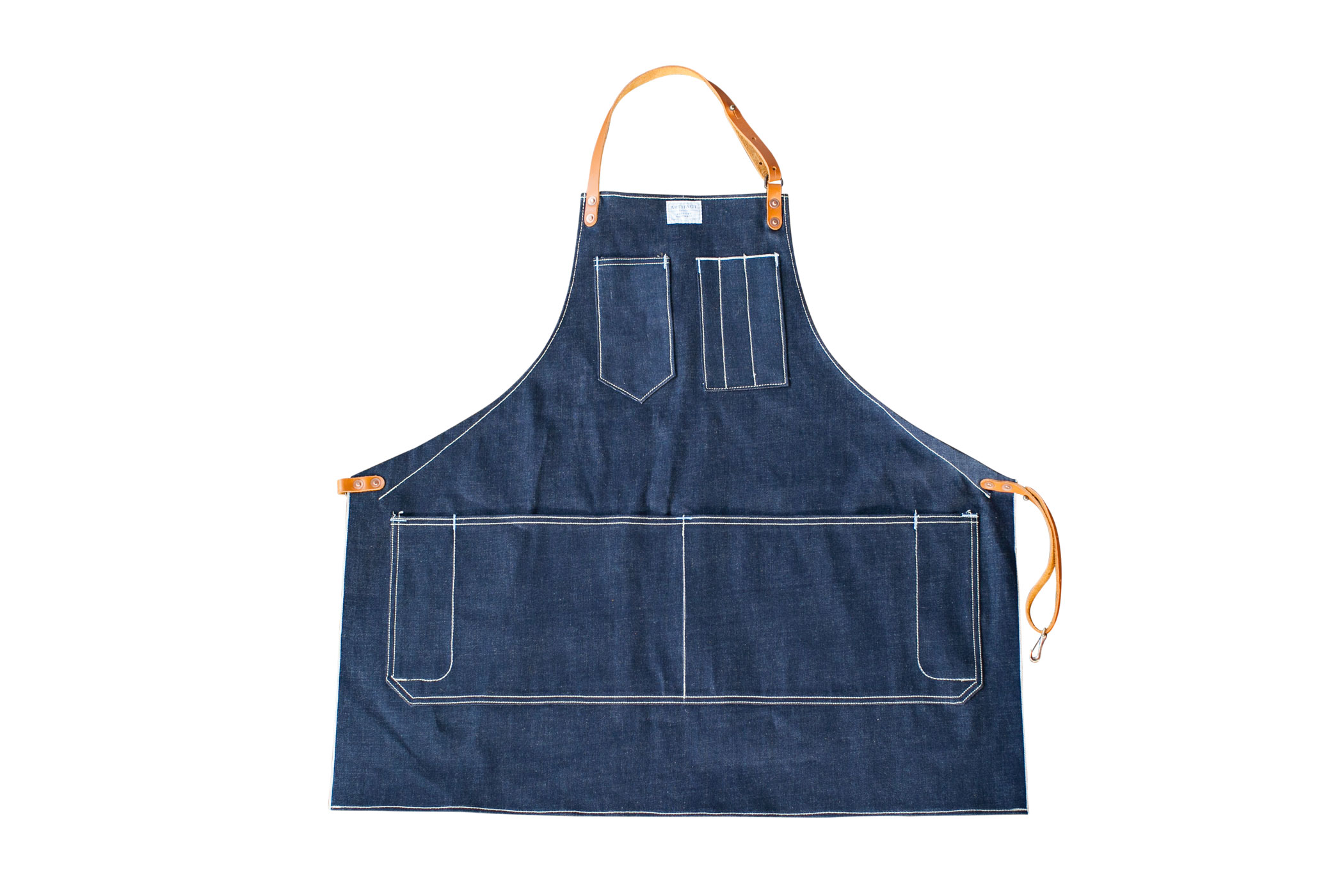 Get it! Are you in the market for a nut mallet and block from Italy or a fancy denim apron? You can find all that and more at Anteks Curated. Courtesy of vendor
Jason Lenox and his longtime partner Matt Taylor were two Mambo Taxis into a three-Mambo experience at Taco Diner last March when they noticed a space for lease in the Plaza at Preston Center. “I thought it would be an awesome spot for a small antiques shop,” Lenox says. As the owner of high-end rustic furniture showroom Anteks, Lenox had been thinking about doing something smaller-scale. So he began talking to the landlord, and by July, he had signed a lease and set about creating a special space: Anteks Curated.

“It’s smaller and a different style of store,” Lenox says. “At its essence, it’s a distilled version of what I’ve always done, but it’s the best of it and less of it. It’s a gift and home accessories store—heavy in home décor, gifts and accessories, and my style of menswear. It will be American heritage brands and things that I think are cool.”

For the last 10 months, he’s been stocking up on unusual and hard-to-find items to fill the 2,000-square-foot space—canoe paddles, sportswear and accessories from Filson, Pendleton sportswear and blankets, Faribault Woolen Mill Co wool blankets, belt buckles by Clint Orms, vintage items, and so much more. Lenox says that he’s had fun putting the merchandise together, and his selection process is simple: “Everything here is something that I would own or give as a gift.”